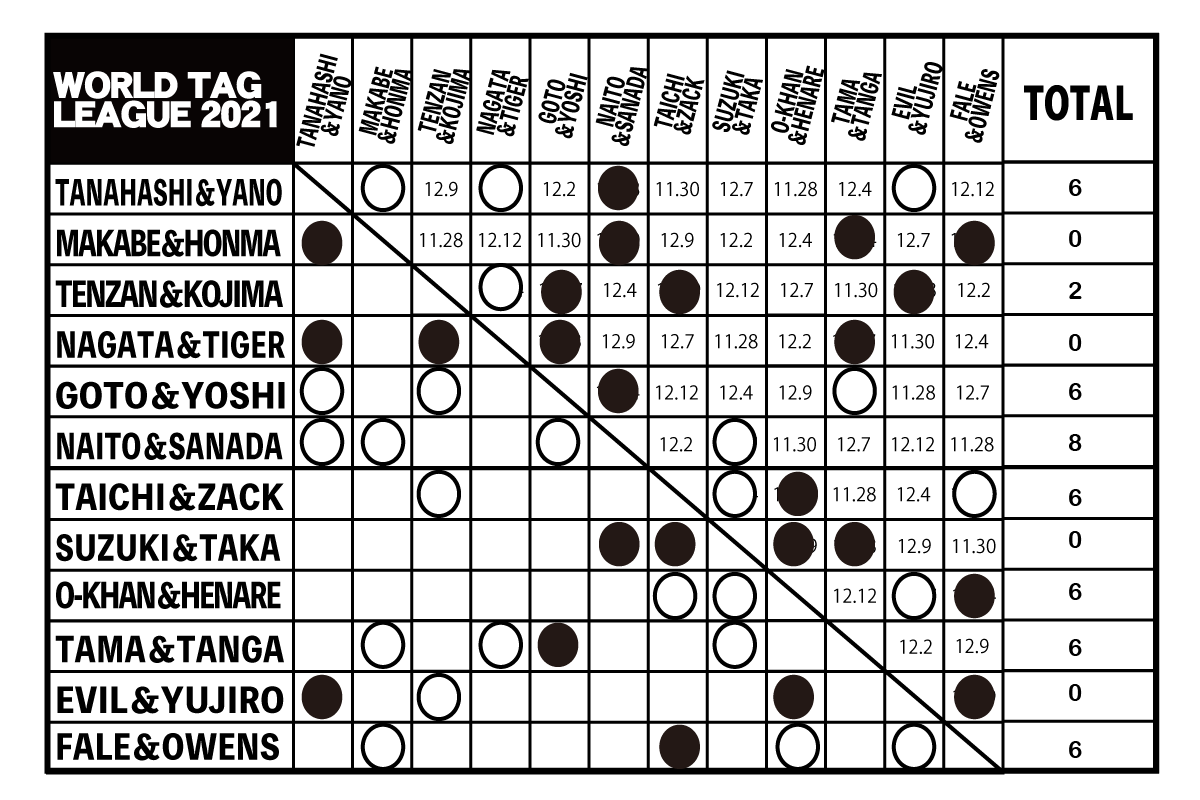 World Tag League 2021 Night 5 is also the site of Yuji Nagata’s Blue Justice card, a fixture in Nagata’s home town of Togane Chiba for many years returning after a one year absence from the calendar due to COVID-19. This year it will see Nagata and partner Tiger Mask attempt to get on the board as World Tag League approaches its midway point. 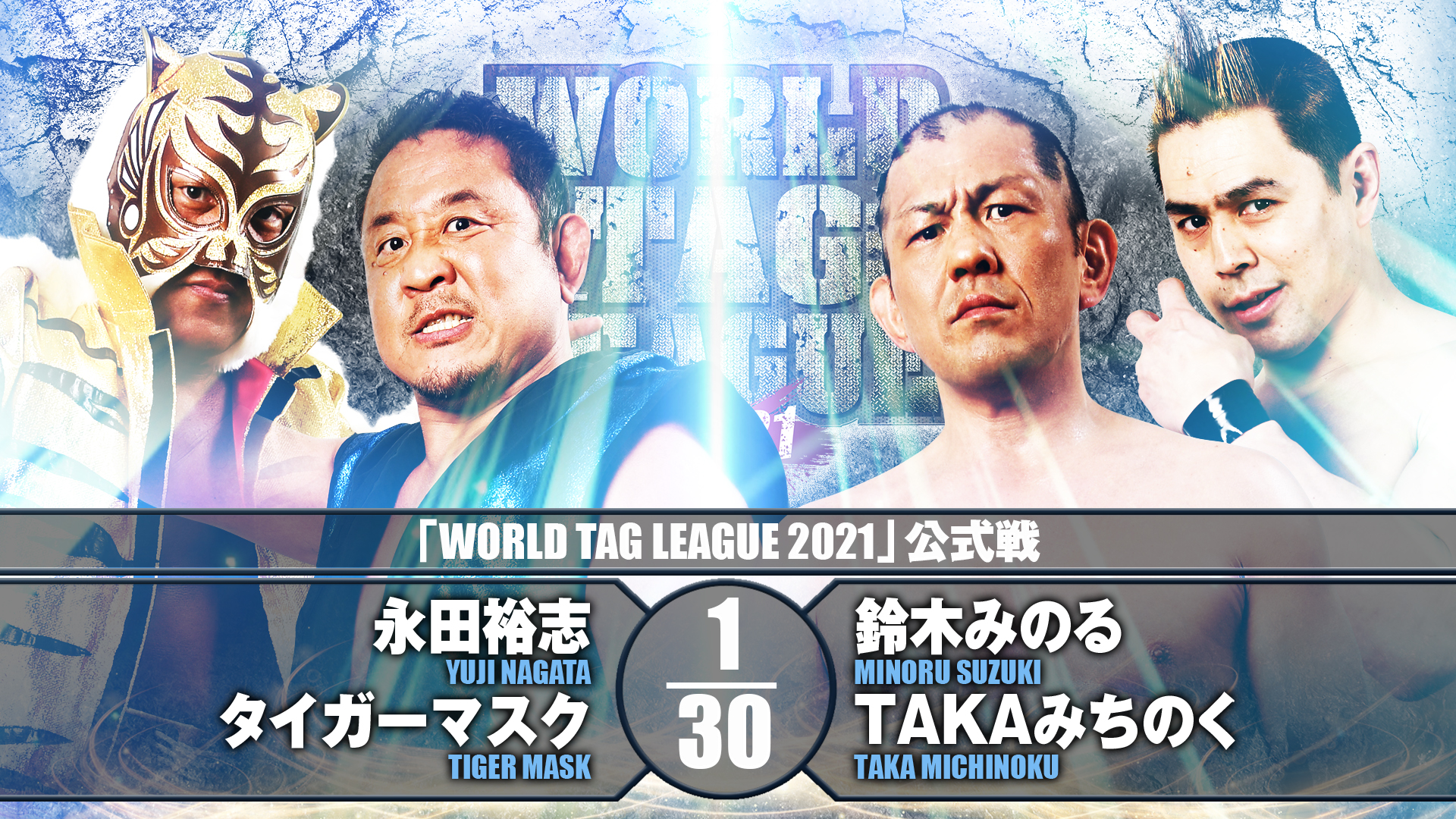 Two teams yet to find their first win meet in our main event, as Yuji Nagata and Tiger Mask take on Minoru Suzuki and TAKA Michinoku in front of Nagata’s home crowd. Nagata and Suzuki and Tiger Mask and TAKA have separate histories that go back years, if not decades, making for a fitting collision of veterans in Togane that will no doubt be vicious indeed. One team will finally walk away with their first points; just who will it be? 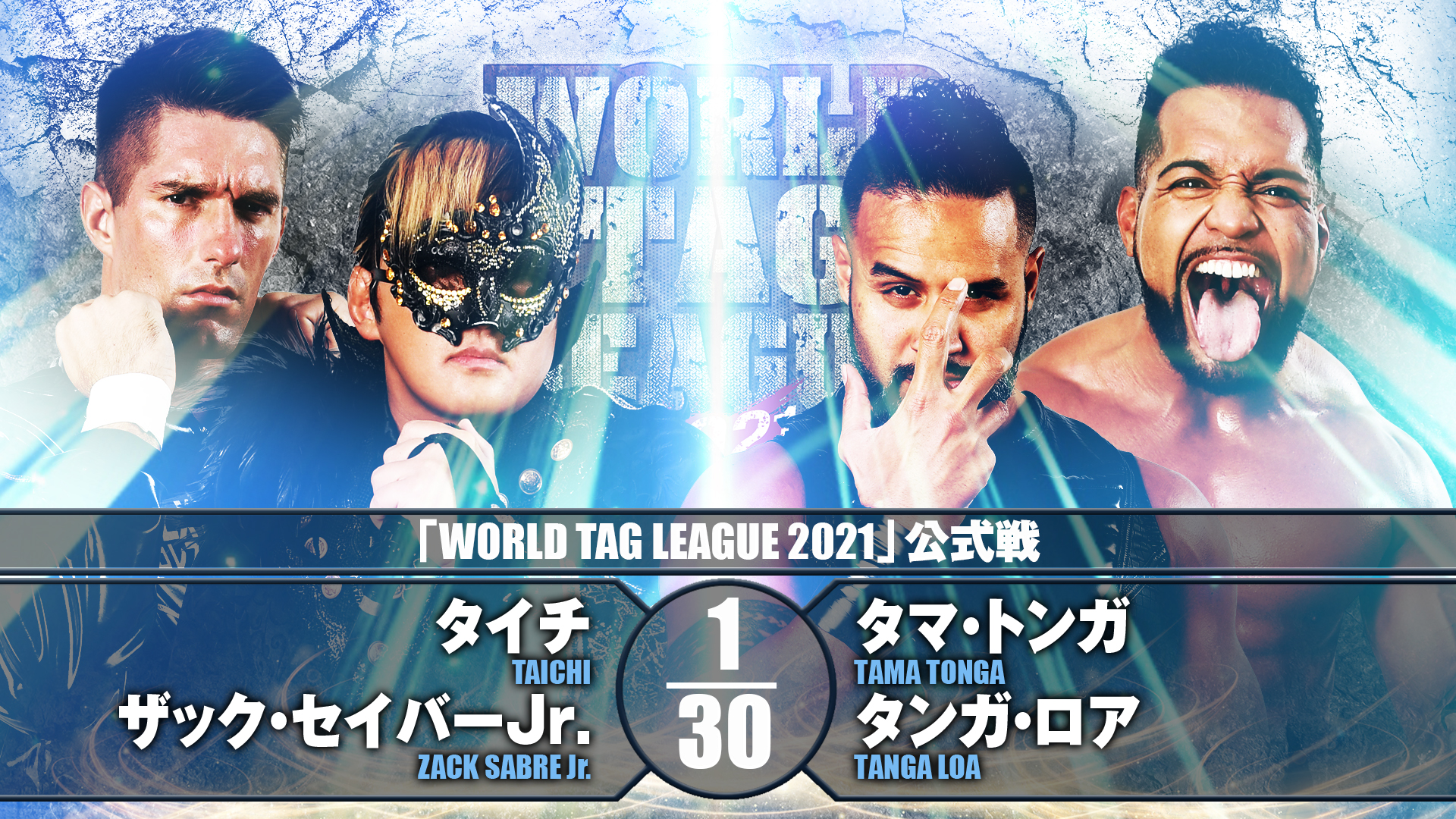 A lot of eyes will be on the semi main event tonight, as IWGP Tag Team Champions Dangerous Tekkers meet the 2020 World Tag League winners Tama Tonga and Tanga Loa. G.o.D enjoyed a 5-0 advantage over Zack Sabre Jr. and Taichi right up to this summer, where Dangerous Tekkers scored a victory over G.o.D to lift the tag titles in Korakuen Hall. With a long held G.o.D curse seemingly vanquished, will the tag champs make it two in a row with G.o.D? Or after being handed their first defeat by United Empire this past week in Kawasaki, will the Guerrillas turn a blip into a slump? 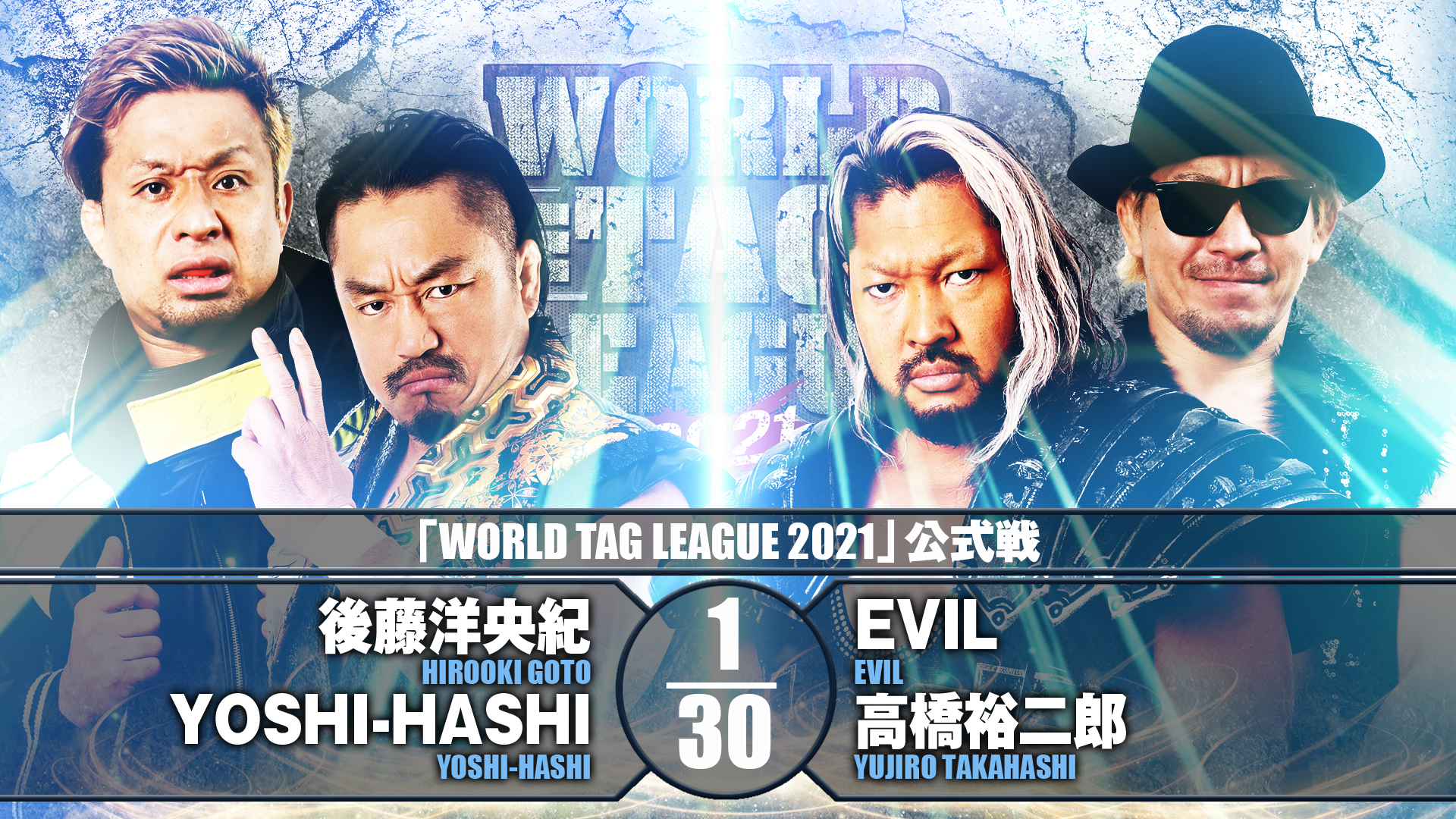 HOUSE OF TORTURE finally broke their World Tag League duck this week in Kawasaki when they defeated TenCozy to move up to two points. EVIL has vowed that he and Yujiro will be winning every match from here on out, but YOSHI-HASHI and Hirooki Goto will gladly prove them wrong. We’re only three weeks removed from HOUSE OF TORTURE ending CHAOS’ legendary reigns with the NEVER Openweight 6-Man Tag Team Championships, and Goto and YOSHI-HASHI will do everything in their power to prove that their bonds have only grown stronger. 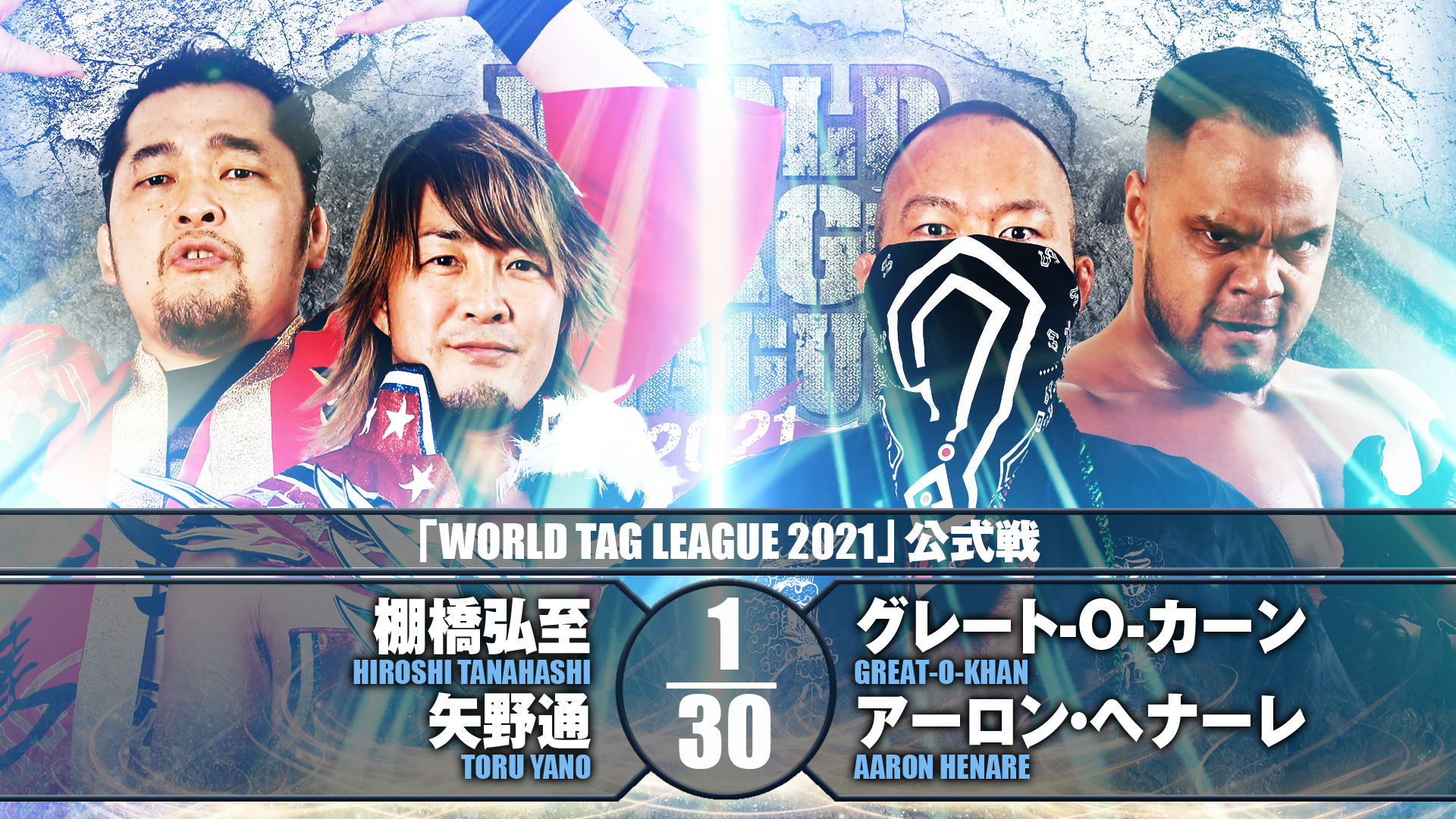 It seems as if recency bias is nowhere as prevalent as in professional wrestling. In a results driven industry, it isn’t just about who you’ve beaten, but who you’ve beaten lately. In that respect, Aaron Henare and Great-O-Khan have the trump card, havind defeated Dangerous Tekkers in Kawasaki, while the Be-Bop combo of Tanahashi and Yano have the same score, but a recent defeat to Tetsuya Naito and SANADA. The United Empire are in high spirits then, and Henare will be looking to put Tanahashi in his place, after teaming with the Ace one year ago, as O-Khan seeks revenge for his KOPW 2021 defeat under amateur rules at Power Struggle. 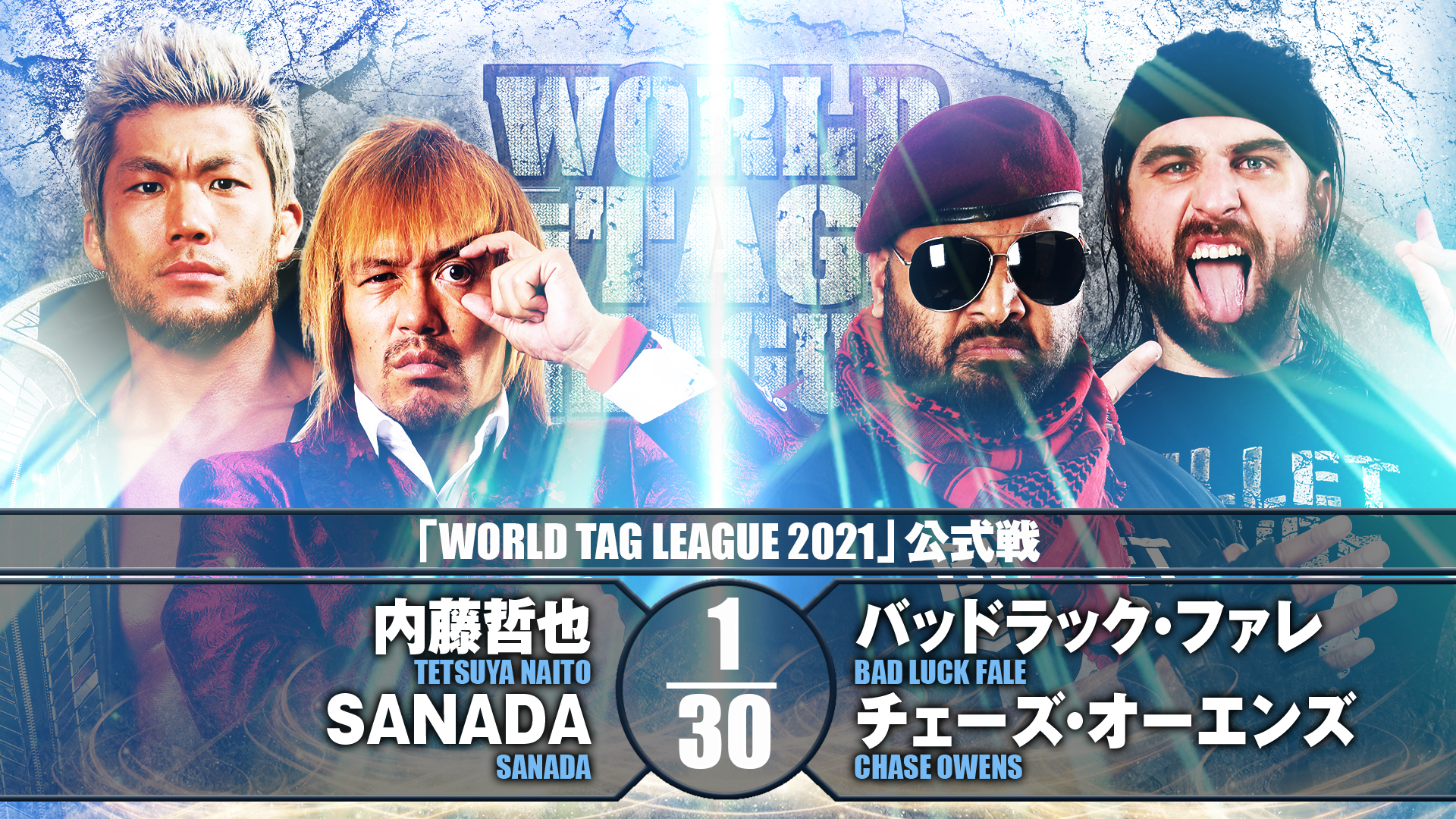 Tetsuya Naito and SANADA look to continue their perfect run to date as they take on Chase Owens and Bad Luck Fale. With the power of the Grenade Launcher, Fale and Owens have soared to an impressive three out of four potential wins themselves, and will be more than a match for the LIJ duo, but can Naito and SANADA stay undefeated? 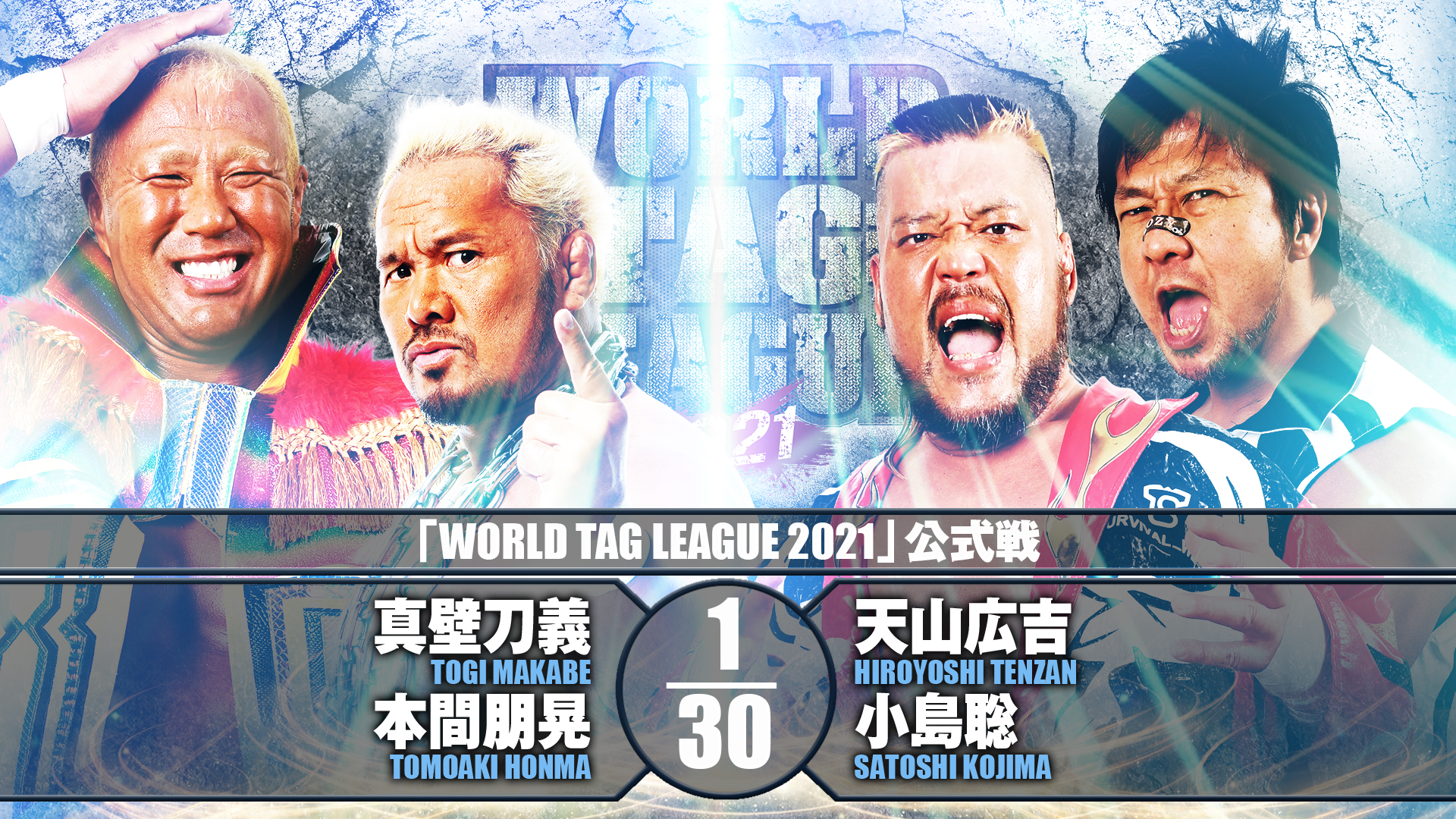 Despite a long interconnected history, this is only the third direct tag match between TenCozy and GBH, the second coming quite recently on the Summer Struggle tour. Before that, the sole meeting for the two teams in a two on two context was back in 2008, when Tenzan was freshly ousted as the leader of the then large scale GBH stable, and Kojima was called in as a favour to an old friend from All Japan. Much has changed in the intervening 13 years, and the four men have a mutual respect for one another, but Honma and Makabe will also be willing to do anything to finally get their first two points on the board tonight in Togane. 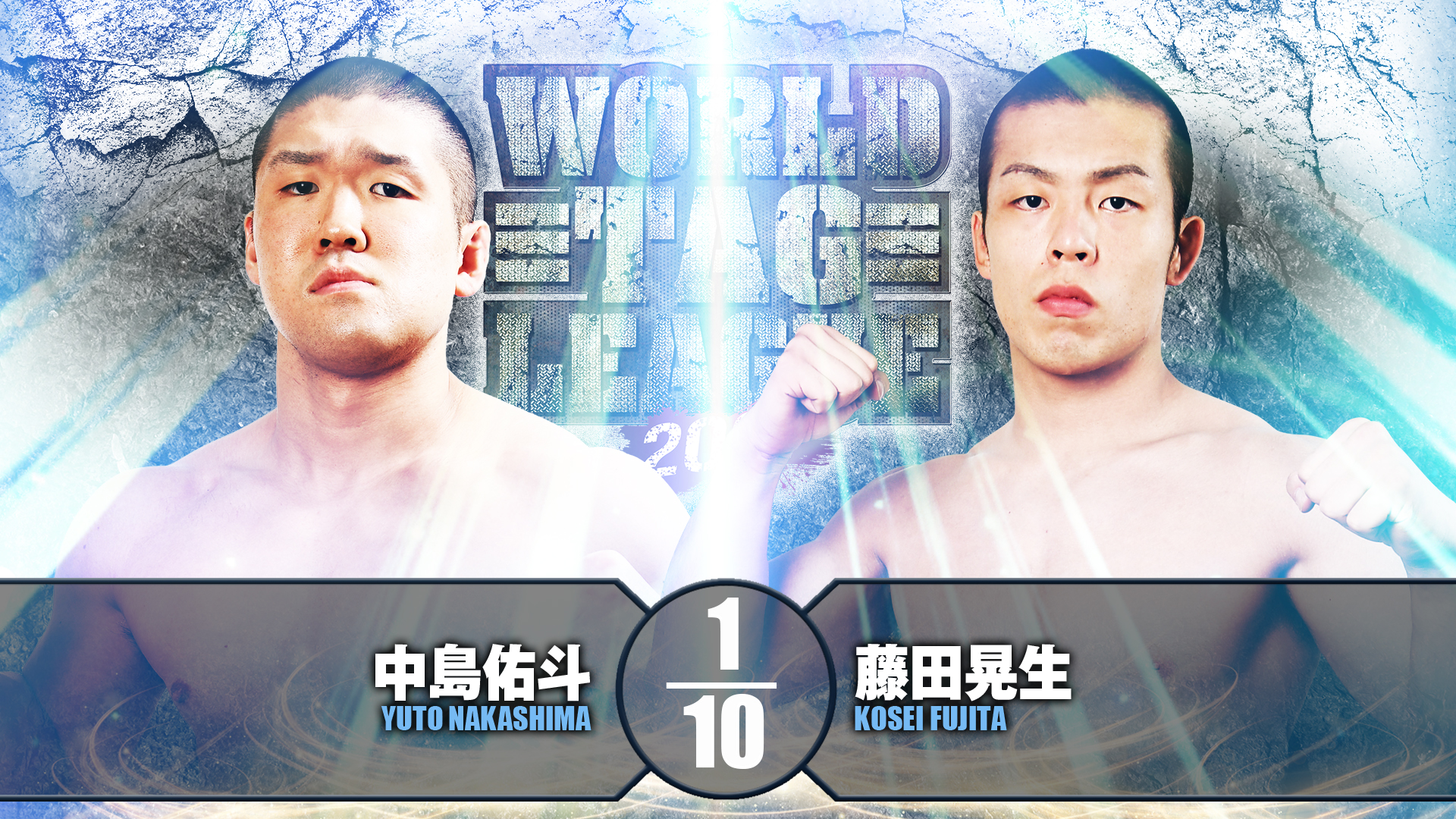 Both Yuto Nakashima and Kosei Fujita have crossed the one hour ring time threshold on this tour alone, and are still no closer to a victory inside the ten minute time frame. Will today be the breakthrough moment for one of the two?