Best of the Super Jr. final headlines in Ryogoku

After over a month of dual tour action, the World Tag League and Best of the Super Jr. finals are now set for Ryogoku on Wednesday, December 15, and the full card has been determined.

Watch the Best of the Super Jr. and World Tag League finals LIVE IN ENGLISH on NJPW World! 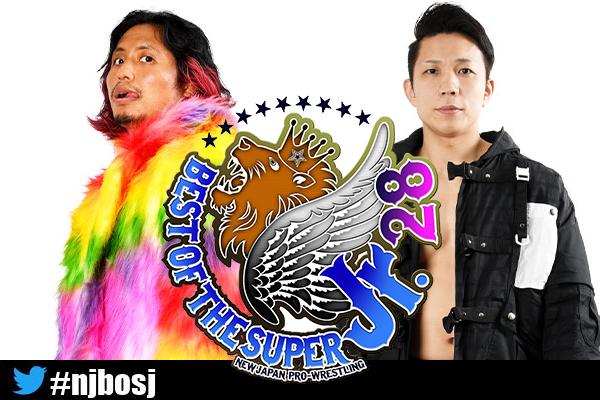 Very few would have had YOH in the finals of this year’s Best of the Super Jr. at four matches into the stretch. In fact, arguably even YOH himself will have been doubting his chances, at four losses down and not having won a singles match in two and a half years. Yet his victory over Robbie Eagles on November 24 sparked a sea change, and with each successive match and each successive win, YOH grew in confidence and self belief.

YOH is the first to ever overcome a 0-4 deficit to stand in a Best of the Super Jr. final. Yet he faces a man in Hiromu Takahashi who defeated him in the first match of the stretch. The ‘As Yet Unnamed Hiromu Roll’ defeated the former junior tag team champion in a mere 3:55 as it appeared YOH’s slump would continue all the way through the tournament. A seven match winning streak, the longest since Shingo Takagi went undefeated in block action in 2019 notwithstanding, there is no question that YOH is the tournament underdog, as Hiromu seeks to tie Koji Kanemoto for most BoSJ wins, and to match Tiger Mask’s 2004-2005 back to back victories.

Takahashi has big dreams of headlining in the Tokyo Dome, and to far surpass everything that can happen in the IWGP World Heavyweight Championship space. Yet for all the protestations of their peers that the junior division is not just about Hiromu and El Desperado, it is YOH that could prove that point, as well as make good on his win over IWGP Junior Heavyweight Champion El Desperado during the league to complete his ascent from the lowest of lows to the highest of highs. 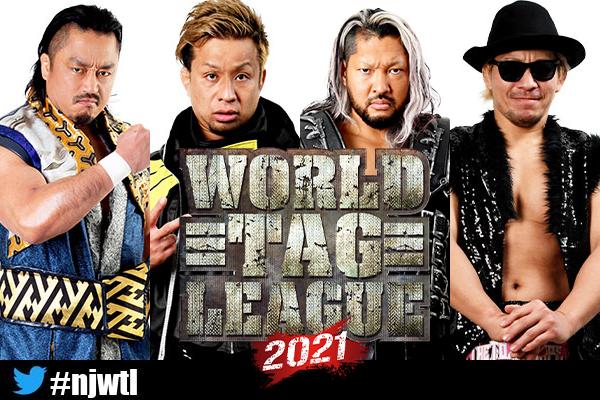 While many doubted YOH would have made the Best of the Super Jr finals after a slow start, just as many pundits were gleefully enjoying HOUSE OF TORTURE’s 0-3 start to the tournament, and are rueing their presence in Wednesday’s final after their own unprecedented eight match win streak was ill-gotten to the extreme. Yujiro Takahashi and EVIL have cheated and shortcutted their way to their second place spot, including in their victory over Hirooki Goto and YOSHI-HASHI, before finally Spoiler Choking, cane shotting and EVIL-ing their way to the final with a win over Tetsuya Naito and SANADA Sunday in Hiroshima.

Meanwhile Goto and YOSHI-HASHI, CHAOS’ dark horse picks for success have made the grade with impressive tag and support work. The bonds that both friends share have seen both sacrifice themselves to help the other through the league. Nowhere was this more evident than Sunday’s last league bout, where YOSHI-HASHI dove to stop Taichi from landing the finishing blow on a Holy Zack Driver in order to allow a cradle counter on Zack Sabre Jr. that saw Goto defeat the IWGP Tag Team Champions.

Goto and YOSHI-HASHI have promised not to turn the lights out on their opposition tonight, but to shine a light that can counter the H.o.T’s omnipresent darkness. Yet questions have to be circling around Goto’s knee, so badly punished in his bout with Dangerous Tekkers. If the Fierce Warrior’s speed, so key to defusing EVIL and Yujiro’s antics (let alone Dick Togo’s interference) is taken away from him, CHAOS could be easy pickings, and EVIL could find himself a three time World Tag League winner as Takahashi scoops his first trophy. 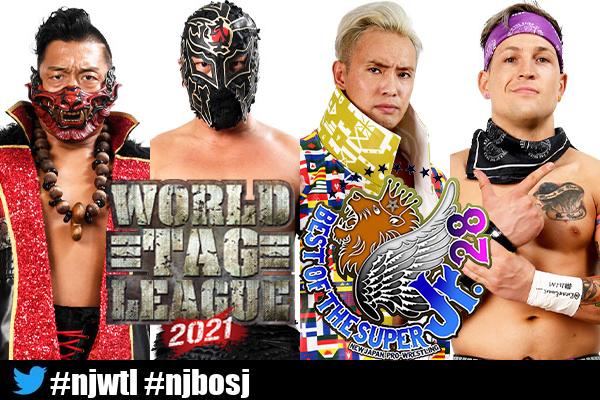 Separated during the combined tournament tours, and only having wrestled one match each since the January 4 main event was set, champion and challenger for night one of Wrestle Kingdom 16 are only now finally able to wrestle an official preview before the first main event of 2022. Both men seek to lead the way for New Japan Pro-Wrestling in its golden anniversary year, but only one can hold the gold as the true standard bearer of New Japan; and to face Will Ospreay on night two with that standard at stake. With champ and challenger taking on junior heavyweight partners with no love lost for one another either, all eyes will be glued on the ring for this one. 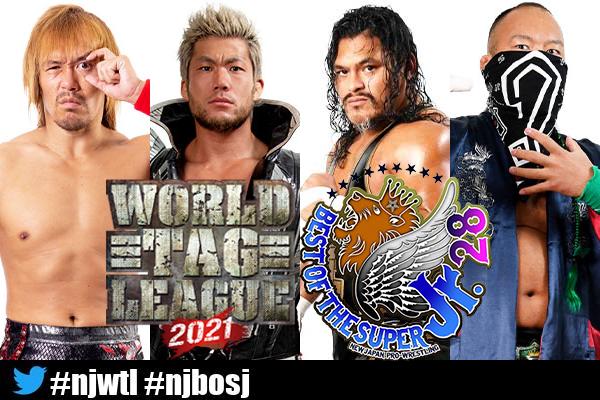 Before the World Tag League finals, a tag team battle that many believed could have been (or even should have been) the final match of this year’s league was that of Tetsuya Naito and SANADA opposite Great-O-Khan and Aaron Henare. The Dominator and the Ultimate Weapon have twice beaten Naito and SANADA, with the most recent victory coming during WTL league action. Claims for the United Empire as they relate to IWGP Tag Team Championships will be strong heading into 2022 for sure, regardless of the combination; and proving that point, Jeff Cobb returns to action tonight to team up with O-Khan. As Tokyo Dome looms in the distance, both teams will be looking to make an impact this evening. 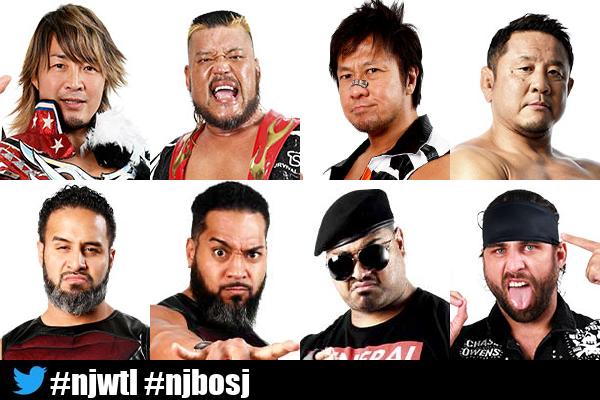 Incredibly, tonight marks the first time in their five and a half years as a team that Guerrillas of Destiny have not factored into the final equation of World Tag League, and many questions will be circling about just what is next as the seven time IWGP Champions take to the ring. Meanwhile questions about what’s next for Hiroshi Tanahashi as he relates to Wrestle Kingdom have been buzzing, and the Ace has suggested an answer.

Tanahashi has declared that he wants to face KENTA in a rematch for the IWGP United States Heavyweight Championship from power Struggle, citing the fact that KENTA has not defended the title while heading back to the US for the last month. Tanahashi has admitted that straight rematches are not something that he usually goes for, and has suggested that KENTA propose his own stipulation so that the Ace has something at stake. Yet KENTA has flatly rejected the challenge on social media, and meanwhile Chase Owens, having pinned Tanahashi during G1 Climax 31 has his own claim to the red belt that he wants to make good on. There’s a good chance the Crown Jewel and the Ace will directly target one another during this chaotic eight man affair. 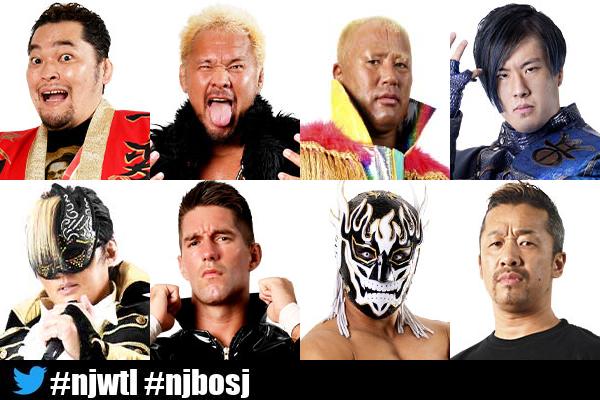 With last league match losses to El Phantasmo and CHAOS respectively, IWGP Junior Heavyweight and Tag Team Champions El Desperado and Dangerous Tekkers have to sit out the finals tonight. They will be in action however, and looking to make an example of GBH and Master Wato this evening. In the meantime, might Toru Yano, with a fortnight of KOPW 2021 business still to settle before he is officially its back to back winner, throw a spanner in the works? 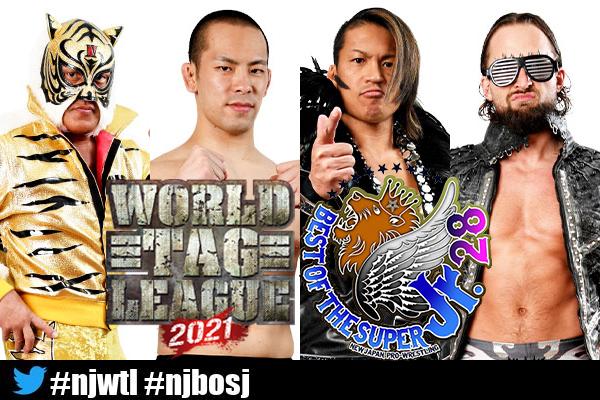 Ryohei Oiwa gets a major opportunity in the second match of the evening, teaming with IWGP Junior Heavyweight Tag Team Champion Tiger Mask as the two face El Phantasmo and Taiji Ishimori. For the BULLET CLUB side then, the opportunity certainly exists to put themselves in the tag title picture; meanwhile might Phantasmo’s enigmatic ‘nods’ to BULLET CLUB’s internal politics surface again tonight? 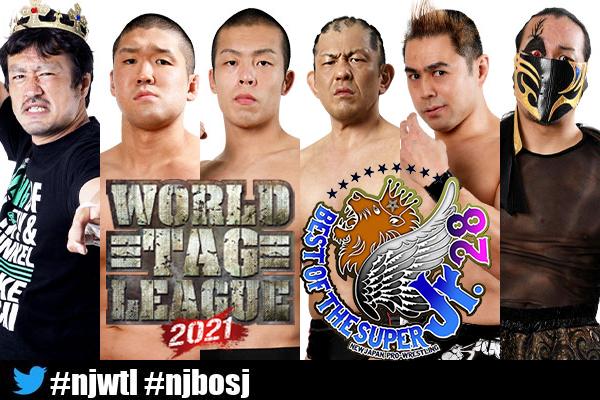 Young Lions Nakashima, Fujita and Oiwa reached the end of the tour yet to pick up their first win, engaging in a series of fourteen time limit draws through the opening bouts of both tournaments. Yet this winless record still beats that of Minoru Suzuki and TAKA Michinoku during World tag League, the Suzuki-Gun duo ending on an eleven match losing streak. It’s safe to say they head into Ryogoku Sumo Hall in an extremely bad mood, and with a lot to take out on their opposition tonight. 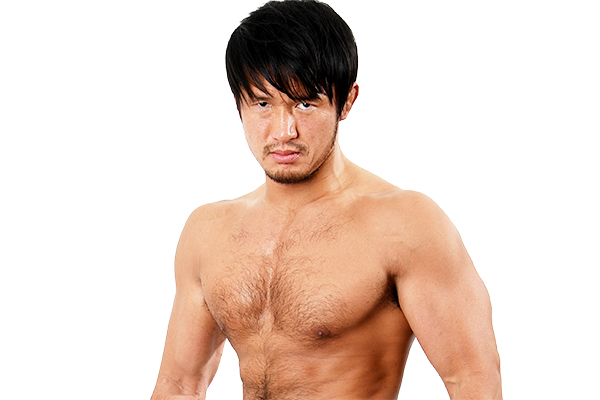 Plus, don’t forget that Katsuyori Shibata will be present to deliver an important address, all on an immense card this Wednesday night!