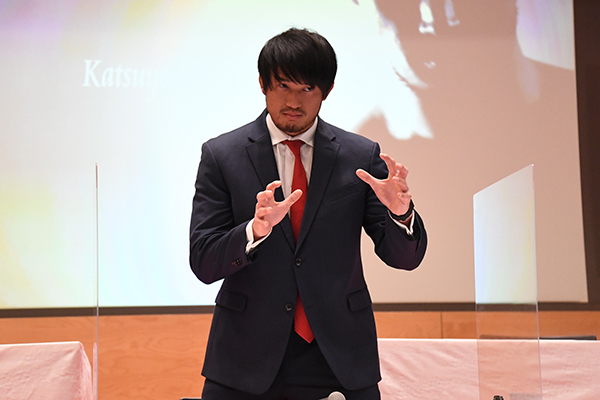 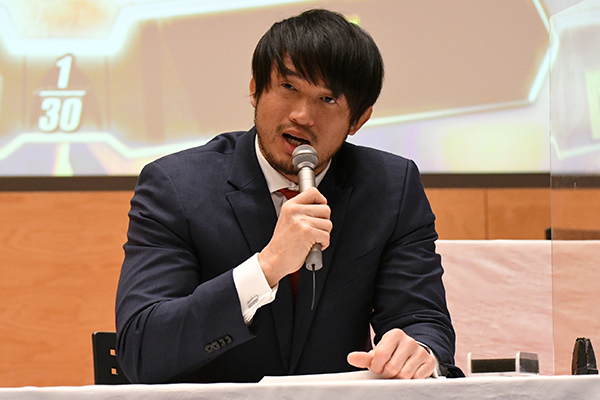 The match, contested between Shibata and a mystery opponent, will be under Catch Wrestling Rules. Stretches and submissions will be in use, as well as throws. Victory will be attained as usual, via pinfall, submission, countout etc. However, strikes of any kind will be prohibited.

Asked to give his current mental state, Shibata gave a playfully furious ‘you idiot!’ before explaining the philosophy behind the rules.

‘I wanted to give this a different name to the grappling exhibition match I had with Zack (Sabre Jr.) and set it apart as something else. Grappling rules is a concept that is already common in MMA, where strikes are banned. Catch wrestling rules is something that I think can be specific to pro-wrestling, and that’s why the name change is there. 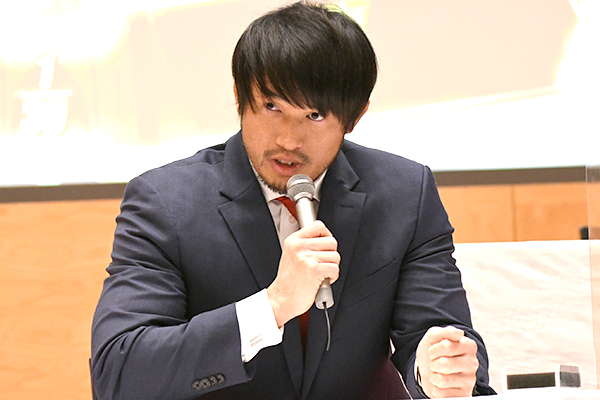 To explain (those differences with grappling rules) more specifically, I think it allows for moves using the ropes, or more pro-wrestling styled, ‘three dimensional’, if you will, expression (than a grappling match). Victory to a pro-wrestler comes down to skill and technique in this environment, and it strips pro-wrestling right down to its essentials.

To go to the roots of wrestling a bit, pro-wrestling sprung out of what we call the Lancashire style in England, and that’s something we mustn’t lose sight of. I want a fusion in NJPW that brings the base fundamentals to the fold. This is something that’s just beginning, and I think these rules, match times and things of that nature can change as the concept evolves. That’s it!’

Shibata’s bout on January 4 will be his first announced match since April 9 2017.