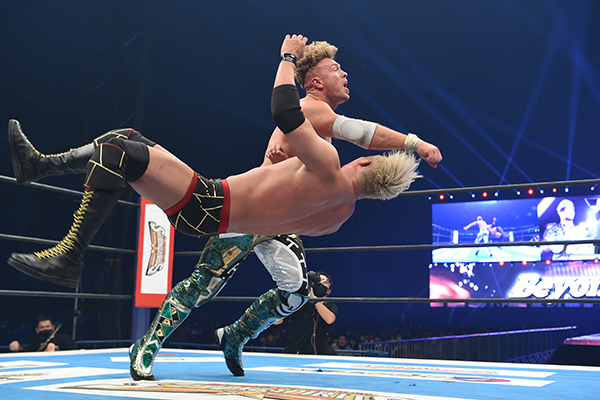 The main event of night two, at Wrestle Kingdom 16 on January 5 saw Kazuchika Okada defend the IWGP World Heavyweight Champion for the first time, against number one contender and self proclaimed ‘real’ champion Will Ospreay.

Okada, already having suffered significant damage at the hands of Shingo Takagi 24 hours earlier, would pace himself in the early moments and wrestled Ospreay to the mat, while his challenger would stay with his one time CHAOS mentor. Okada would score the first knockdowns of the match, and the new champion elevated Ospreay to the lights with a back body drop. Yet a top rope dropkick was too premature for Okada, and a big chop from Ospreay would set the challenger up for a rope hung DDT and then a flying forearm.

The Assassin would keep control of the Rainmaker, landing a spinning backbreaker and maintaining a cravate, forcing Okada to come up from underneath. This he did with a flapjack and back elbow before a DDT and the reverse neckbreaker, but Ospreay would avoid the Tombstone, putting himself on the apron. There the challenger was not safe and a shotgun blast of a dropkick would send Ospreay rocketing off the apron to the floor.

Here Okada looked to repeat his offense on Shingo Takagi from one night earlier, booting Ospreay past the guardrails and wanting a dive over to the hard concrete floor. Yet Ospreay would connect in midair with a thrust kick, and then went higher risk in response, diving from a lighting rigging to moonsault onto the champion. 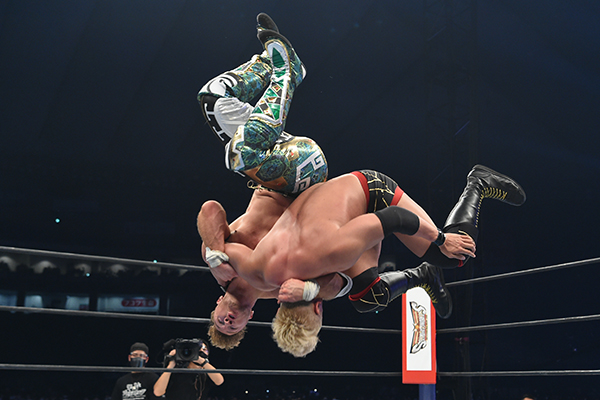 The match passing 15 minutes, it was Ospreay’s to win with a jumping Liger Bomb for two, but there was still life in the Rainmaker. When the Briton looked for a Sasuke Special out to the floor, he was caught in midair by Okada, who landed a huge Tombstone Piledriver to his challenger and landed a missile dropkick back inside. After a diving elbow, the first Rainmaker attempt of the match came, but this only inspired Ospreay to a surge of adrenaline.

A series of counters would end with an Okada dropkick met instead with a sitout powerbomb in midair. Hanging Okada over the top rope, Ospreay would follow with a Shooting Star Press, and a second on the mat, but neither it nor an OsCutter led to the three. The frustrated Ospreay landed Chelsea Grin, and then tried to finish Okada with the Hidden Blade; Okada escaped but was spiked with an Ospreay Tombstone and a mocking ‘Rainmaker Pose’. 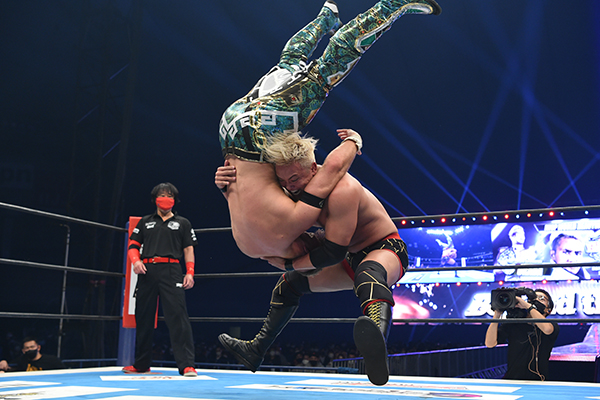 Ospreay wanted to steal Okada’s own Rainmaker, but was met with Okada’s version of the Stormbreaker, still not ending the match as the crowd willed the champion on. Still the Rainmaker was denied, countered midflow with a Spanish Fly. Short arm lariats followed for Ospreay who leapt up with a Super OsCutter, the match still going as Ospreay saw Stormbreaker countered with a spinning Tombstone.

Okada would finally hit the Rainmaker flush to Ospreay, but his challenger somehow kicked out, soon finding himself floored with a Rainmaker of Ospreay’s own. As both fought back to their feet, Okada would have a stern, heavy series of elbows for Ospreay, but the point of Hidden Blade would come in response, the champion still refusing to lose. Ospreay connected with a hook kick and kept trying for Rainmaker, punctuating his attempts with a pump knee, a headbutt, and then an attempt at Hidden Blade, but this time was met with an emphatic dropkick. Ospreay bounced up and charged in, but Okada responded with the lnadslide Tombstone and then the Rainmaker for the victory. 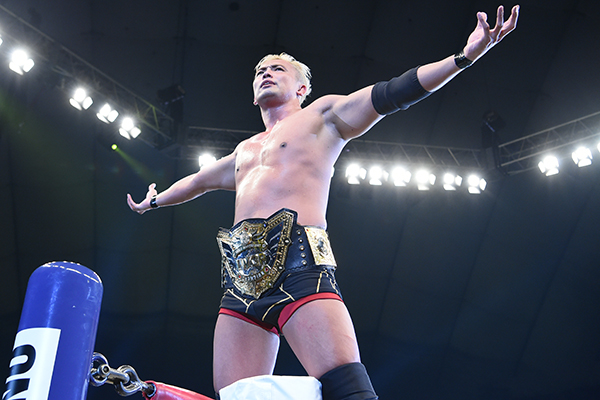 Post match, Ospreay could do nothing but let out a wry smile, admitting defeat as Okada sat atop the world. A familiar face was quick to challenge, as Tetsuya Naito requested he ‘try himself against the best in the world and challenge for that title’ 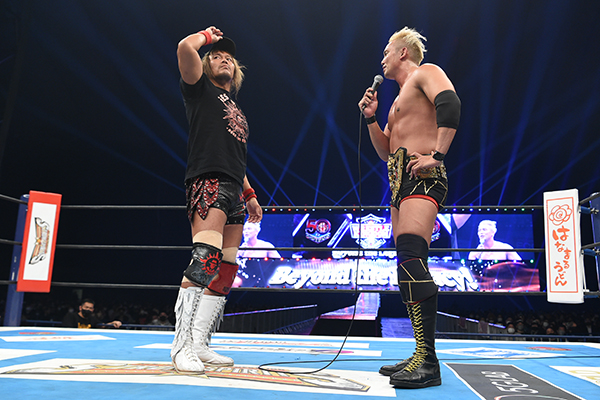