January 20 sees the New year’s Golden Series get underway. The throwback tour title is a call back to the year opening series in the early years for NJPW, and is a fitting name for our golden anniversary celebrations!

Plus, to make sure that everybody is in on the party, January 20 sees the tour kick off live and free for all on NJPW World! 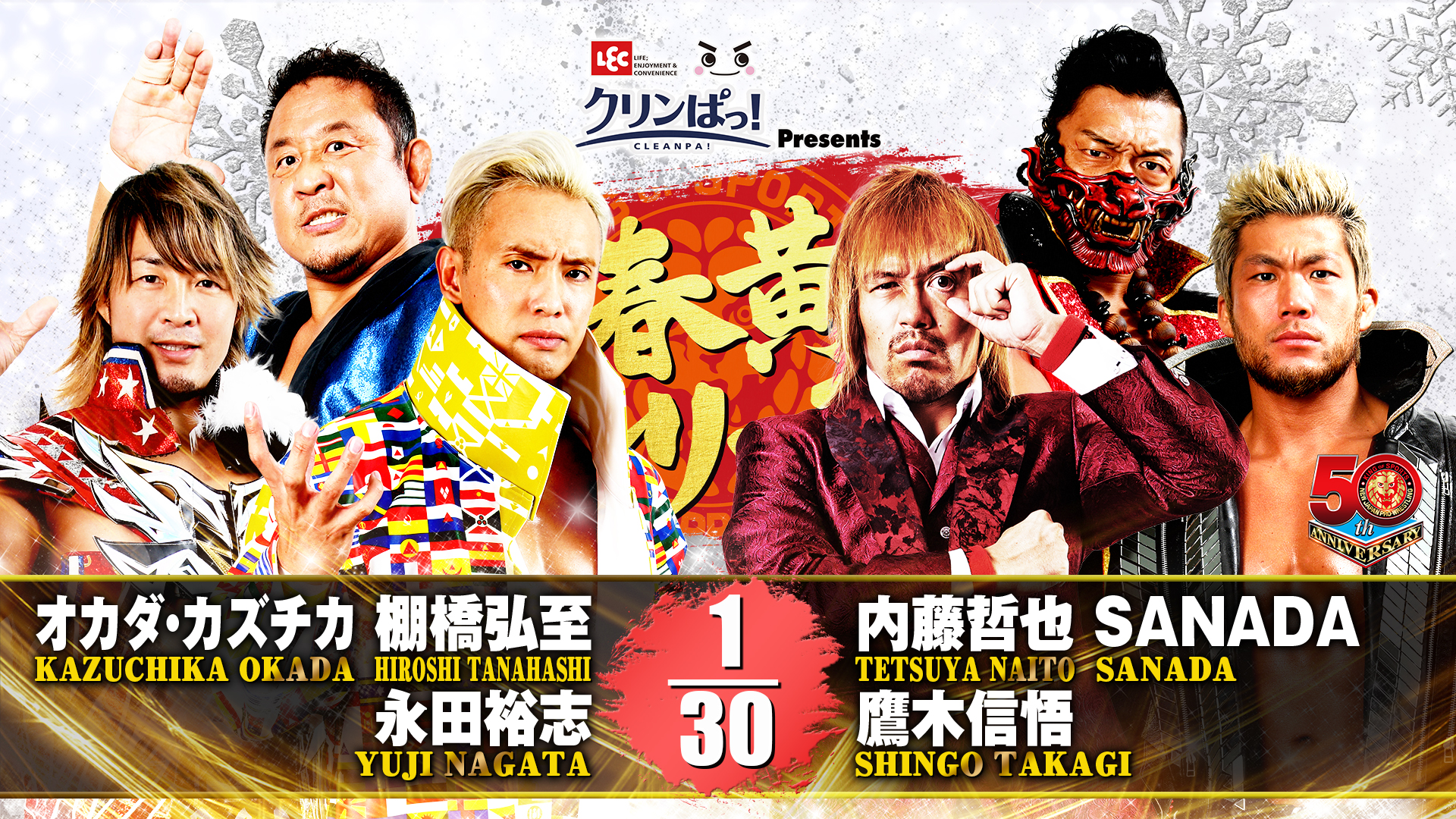 Main eventing in Korakuen Hall, the dream team of Kazuchika Okada and Hiroshi Tanahashi combine with Yuji Nagata to take on an imposing trio of former IWGP World Heavyweight Champion Shingo Takagi, and US and World title contenders SANADA and Tetsuya Naito. For Naito and SANADA, all focus will be on the title matches that close the tour on February 19 and 20. Meanwhile Shingo Takagi, relievced of his title on January 4 is in the rare position of being away from the title scene, and without a theme in the next tour.

During the G1 tour, a planned Shingo Takagi and Tetsuya Naito singles match was canceled as a result of Naito’s knee injury. That night in Kobe, Yuji Nagata filled in for Naito in a special non tournament match that ended up being the measure of anything from the G1 Climax 31 itself. Nagata is still very much capable of competing at the highest main event level, and will fight just as hard tonight in Korakuen. Who takes the first key steps into the Golden Series? 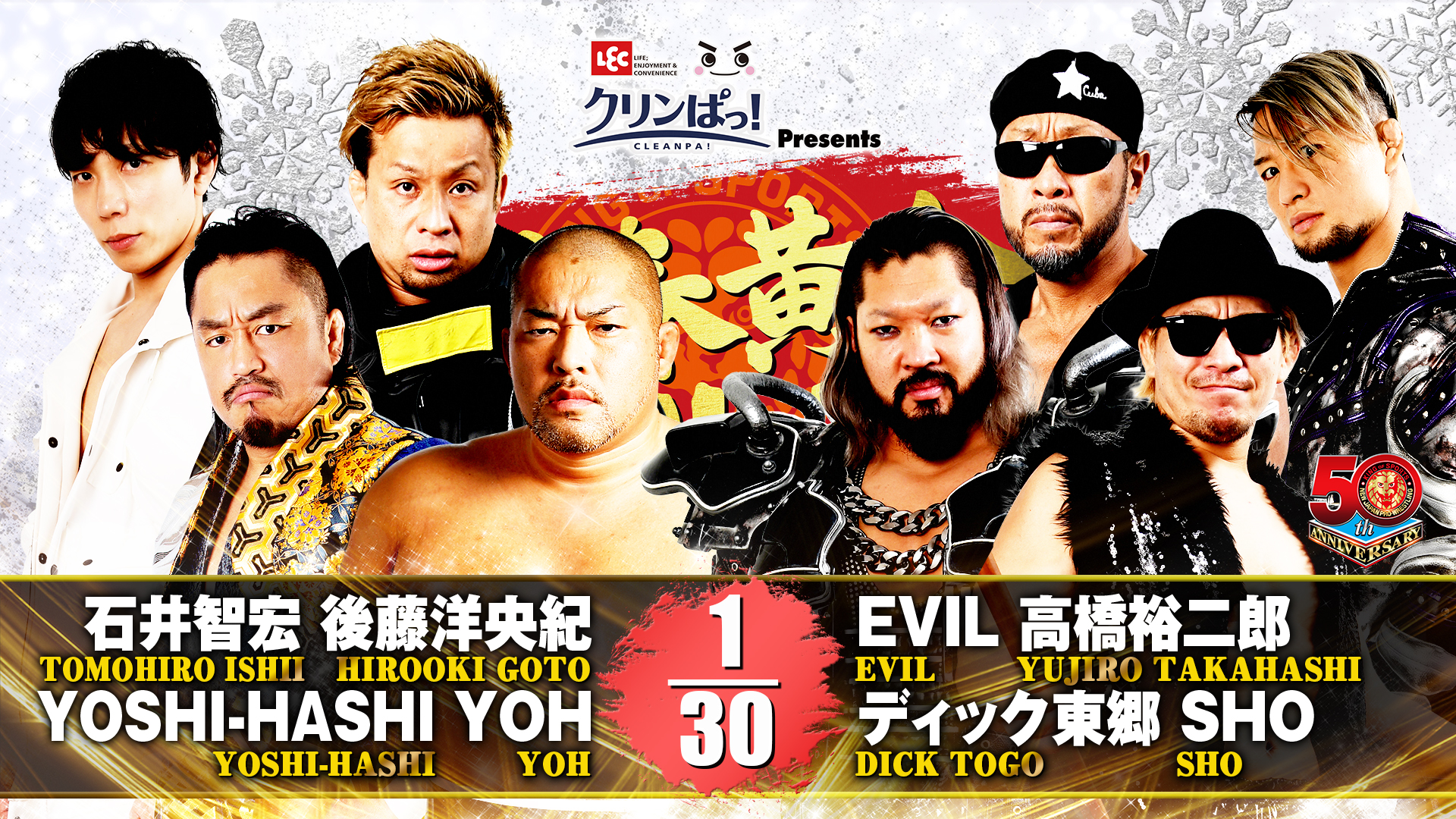 Eight man action will see CHAOS take on all of HOUSE OF TORTURE in Korakuen Hall. After H.o.T gave CHAOS the runaround to secure NEVER Openweight singles gold for EVIL, and maintain NEVER 6 Man Championships for the trio of EVIL, SHO and Yujiro at the Tokyo Dome, the New year’s Golden Series is counting down toward a trio of title matchups between members of both sides.

In every event, CHAOS need to be aware of the numbers game the BULLET CLUB team routinely employ. Can they take advantage of the even teams here tonight, or will HOUSE OF TORTURE remain a step ahead? 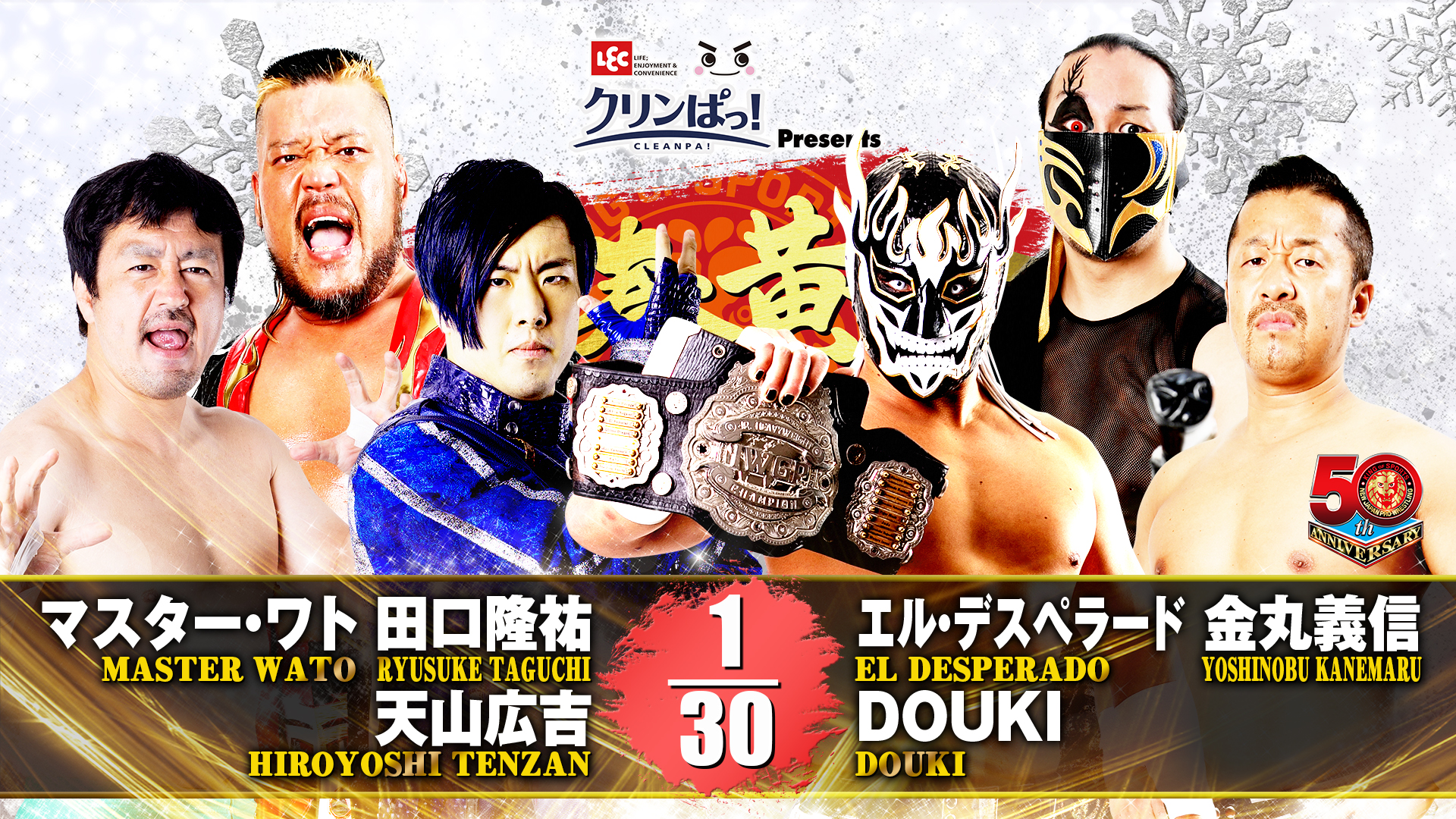 After an upset submission win for Master Wato on the kickoff for January 5’s Tokyo Dome card led the blue haired prodigy to call his shot, we are heading towards a championship main event for Master Wato and El Desperado in Sendai February 11. That creates a preview here tonight in Korakuen. Was Wato’s big victory a fluke driven by a damaged and exhausted champion? Or might Wato be further along in his path to Grand Master status than Desperado is willing to admit? 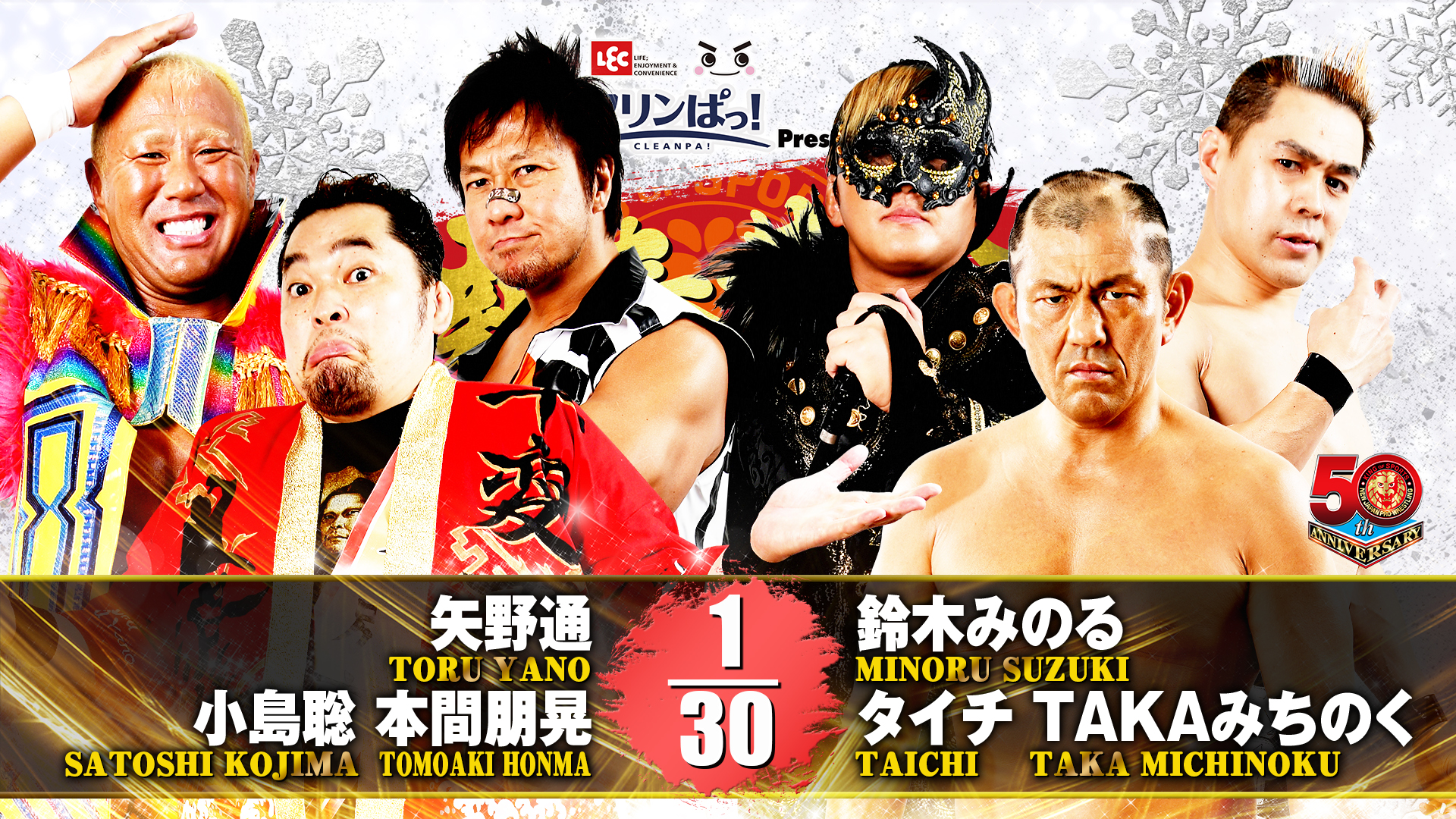 After Minoru Suzuki claimed the KOPW 2022 trophy in the Tokyo Dome, only to suffer the humiliation of being handcuffed to the ring post match by the KOPW 2020 and 2021 champion, Suzuki and Toru Yano are set to meet in Sapporo on February 20, under rules yet to be determined. This six man contest may prove key to giving both holder and challenger ideas for the upcoming collision, however. What madness awaits with the King of Pro-Wrestling in command of that very same trophy? 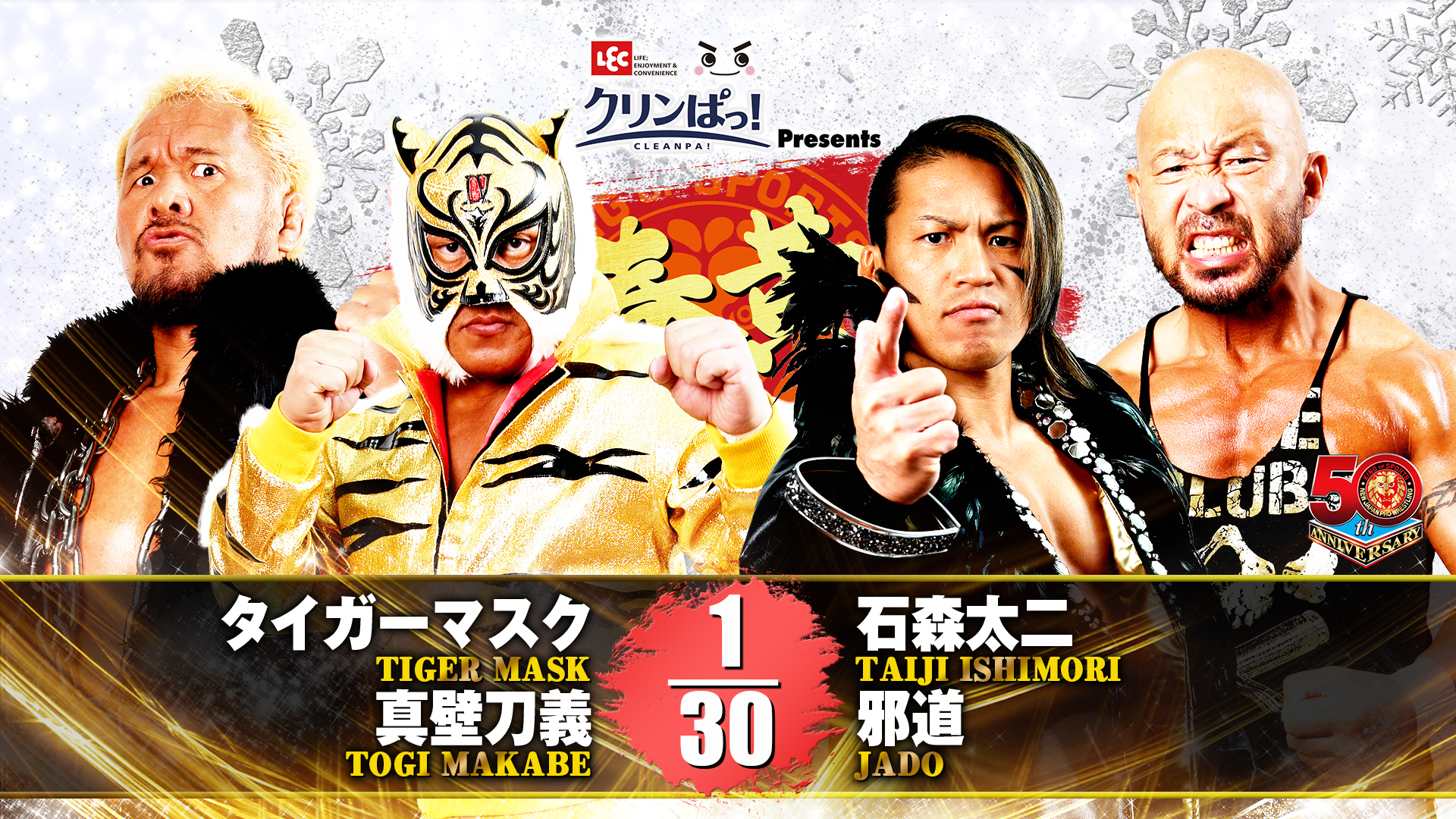 The third match of the evening sees one half of the IWGP Junior Heavyweight Tag team Champions Tiger Mask teaming with Togi Makabe against one half of the number one contenders in Taiji Ishimori and Jado. As Ishimori awaits the return of his partner El Phantasmo from STRONG’s matches in Seattle, he teams with Jado. Pairing with Gedo in Yokohama Arena didn’t bring the results that Ishimori had liked, as the BULLET CLUB side fell to NOAH’s STINGER team. Can they bounce back in Korakuen? 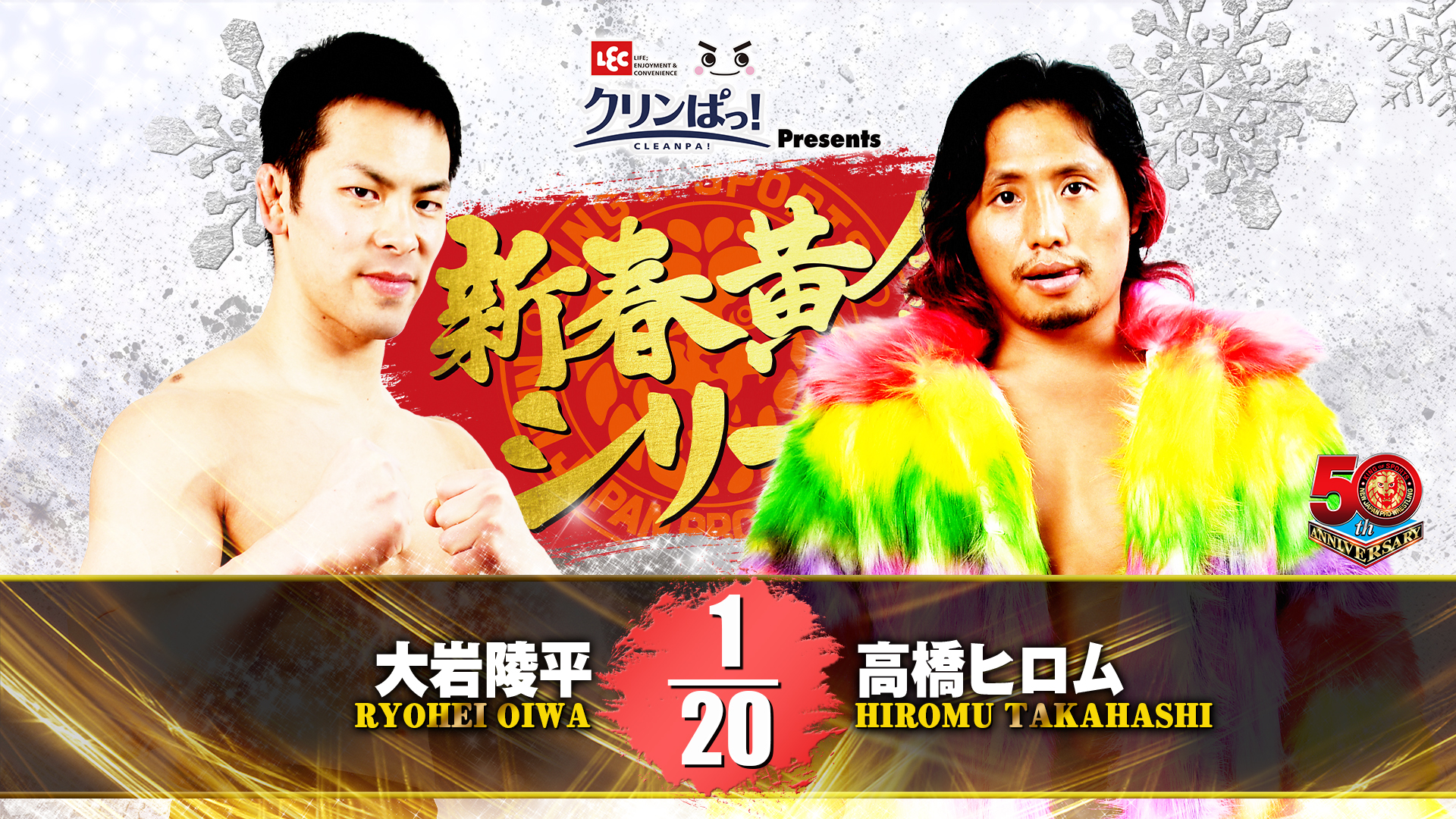 Initially set as a tag team match with Kosei Fujita joining Ryohei Oiwa against Hiromu Takahashi and BUSHI, an injury to Fujita sees this transform into a singles battle. The two men met before during the G1 Climax series, a bout that still has the Young Lion wincing over the chops they were dealt. After a few extra months of seasoning, including in the big match environments of the Tokyo Dome Ranbo, will Oiwa be able to fire back with more fury tonight? 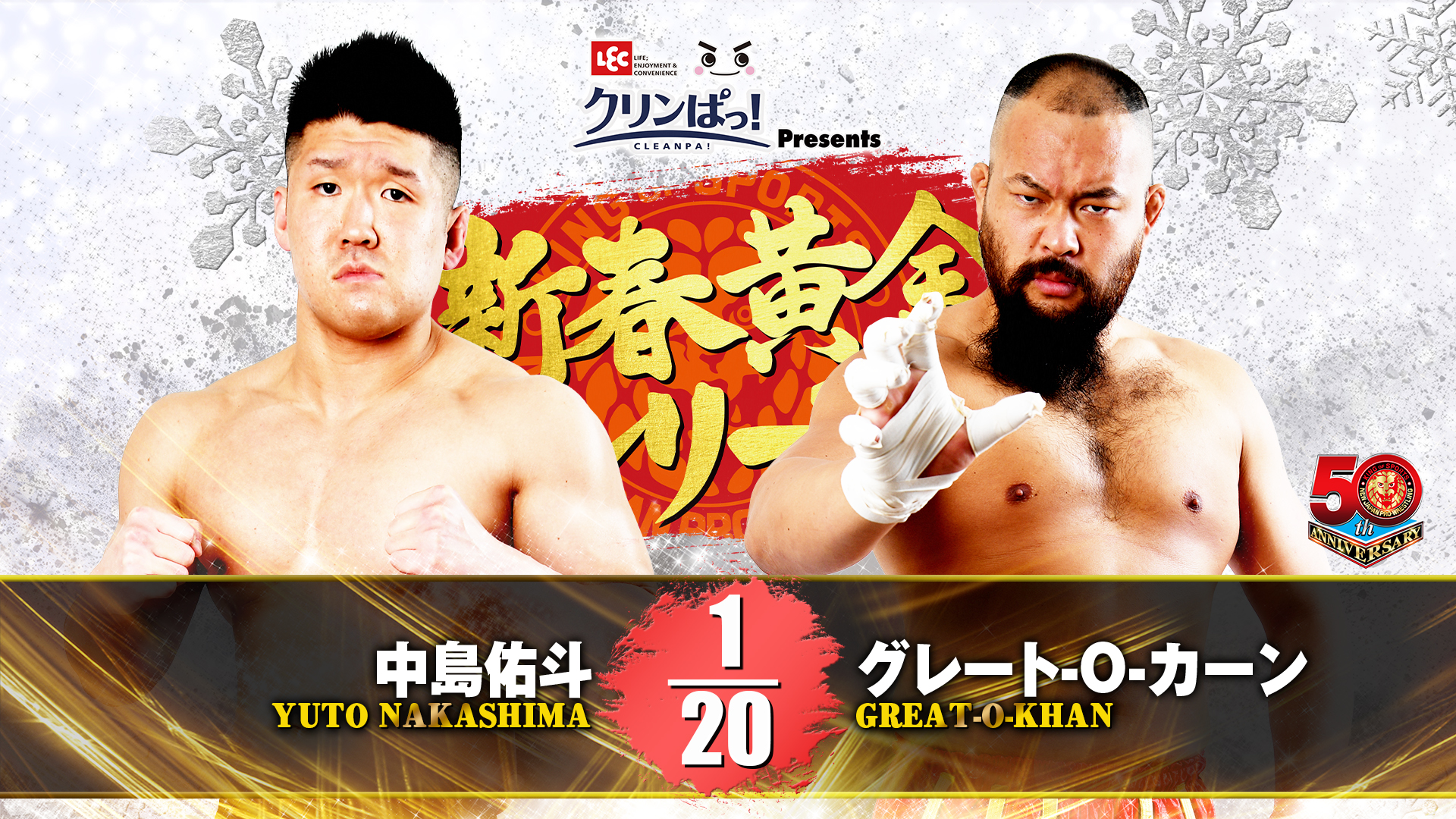 Sngles action will start us off as Yuto Nakashima looks to make a mark against Great-O-Khan. With the United Empire suffering punishing losses at the Tokyo Dome, O-Khan is certain to be in a foul mood this evening, and Nakashima will need to fight hard to survive.