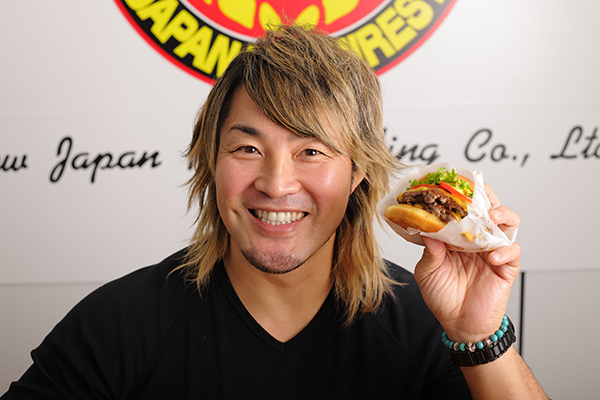 For well over 20 years, Hiroshi Tanahashi has carried the flag of New Japan Pro-Wrestling. Known as a body guy from the very start, Tanahashi has eaten and trained like an Ace truly should. But champions get cheat days too, and with the Ace now the IWGP United States Champion, it seems only right that he has an appropriately American go-to. We talked to Tanahashi about his relationship with food, and his love for a cheeky ShakeShack.

One burger is what? 500 calories? So three of those in one go! 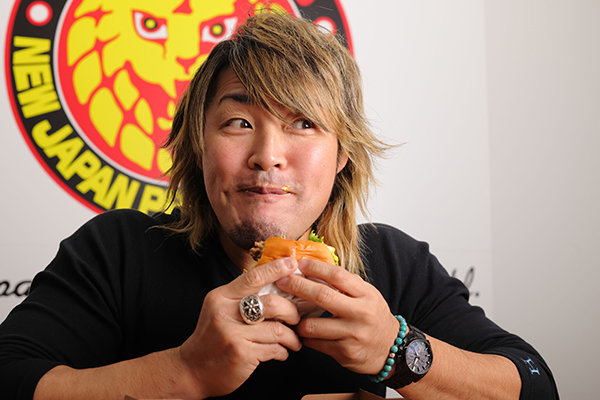 –So did you grow up liking hamburgers?

Tanahashi: Oh, yeah. Where I grew up near Ogaki (Gifu prefecture), we had a McDonald’s and a Lotteria. I remember the neighborhood association would hold events for the local kids, and when there were burgers, that’s when everyone went nuts!

–This was back in the ’70s and early ’80s, hamburgers were a fairly rare treat.

Tanahashi: I remember when the first teriyaki burgers came out. I loved that sauce, and all the mayo you could put on there.

–So some of that nostalgia led you to ShakeShack?

Tanahashi: There’s one in Futagotamagawa, where the Dojo is. So it’s rude not to! They’re the best burgers in my book. I really try to stay away from fat and carbs as much as I can, but when cheat day rolls around, you want something good. 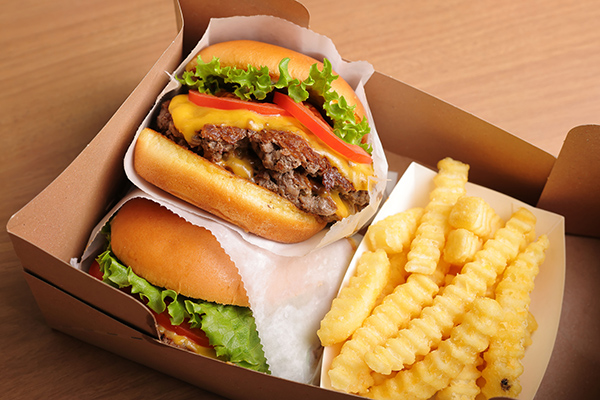 –Typically how many calories do you eat?

Tanahashi: The typical adult male should be around 2500 calories every day, but I keep myself to around 2000. But cheat day, I go up to five or six thousand. One burger is, what, 500? So three of those in one go for a meal is fine!

Tanahashi: Hamburger talk always makes me remember when I was in college. Near campus there was a Mc Donald’s that used to do 100 Yen specials. I remember putting away five burgers at a time! 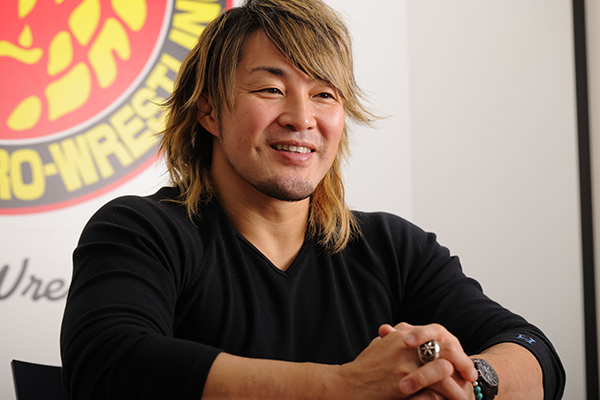 Speaking of college days, how did Tanahashi eat as a student? 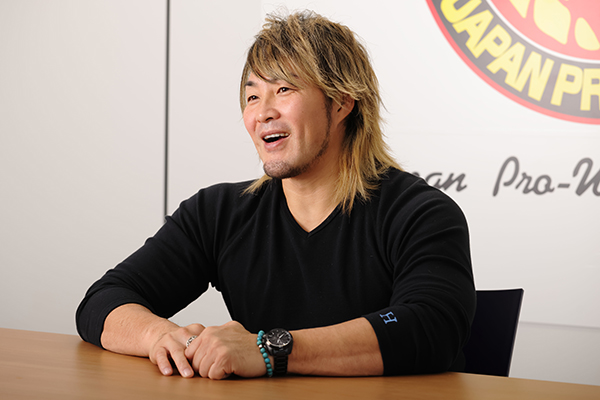 –Did you often use the school cafeteria back then?

Tanahashi: I did! Those cafeterias on Japanese campuses are cheap. Most students can eat for 300 Yen, but I was so determined to put mass on that I would order a whole bunch and then throw natto and whatever protein I could get on top of that, so I would spend 1000 Yen at a time.

Tanahashi: I always ate a lot, even when I was a kid. I’d be the first to finish school lunches and go back for more. I was a really sporty kid, so that meant my base metabolism was super fast. I was 140 lbs at age 18, but college was when I started to get big. I put on 30 pounds in a year.

–Wow. All to become a wrestler, I assume?

Tanahashi: Exactly. I’d go to the convenience store in the morning and get a bento lunchbox, then class, that big cafeteria lunch I mentioned, then in the evening another bento. I’d bring my rucksack to school, and didn’t have any books in there- it was all cans of tuna and protein for between classes.

–A body hewn from convenience store lunches and tuna.

Tanahashi: And protein powder- but I couldn’t be bothered to make the shake! I would just shovel powder in my mouth and then wash it down with water. I nearly choked to death once or twice!

–All those convenience store lunch boxes though- did you work part time in the store, or what?

Tanahashi: No, I just never cooked for myself (laughs). I could have gone to restaurants there in Kyoto, but I had to buy this food in the morning before class.

–You mentioned in Ace’s HIGH you had a part time gig in a high end club, and ate the leftover sushi at the end of the night.

Tanahashi: Ah, at the end of my sophomore year I worked a bit in a club in Gion, this really high rent business district in Kyoto. Not much time to sleep on that schedule, but it was 1200 Yen an hour, which was pretty good at the time.

–A student earning four figures an hour is pretty rare, especially then.

Tanahashi: The guys in charge of the place used to take me to eat after work as well. Couldn’t ask for more as a student. 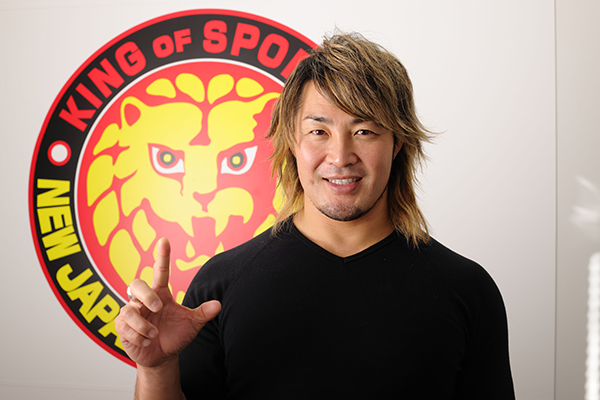 –There are a lot of regional chain restaurants in Kyoto.

Tanahashi: I used to go to “Osho” all the time! I liked their crab omelets. Depending on which place you went to, they would have student discounts on their set menus. I would always get the double gyoza sets. Then there was this place that did omelet rice with really huge servings… “Hitomi”!

–You’ve got quite the memory!

Tanahashi: I went there a lot. And everytime we had wrestling practice I’d go to “Highlights”. They had great deep fried chicken katsu, with this amazing sauce you can’t get anywhere else. I ate a lot in Kyoto for sure!

*In part two, Tanahashi waxes lyrical on a childhood favourite that’s still in his rotation today!