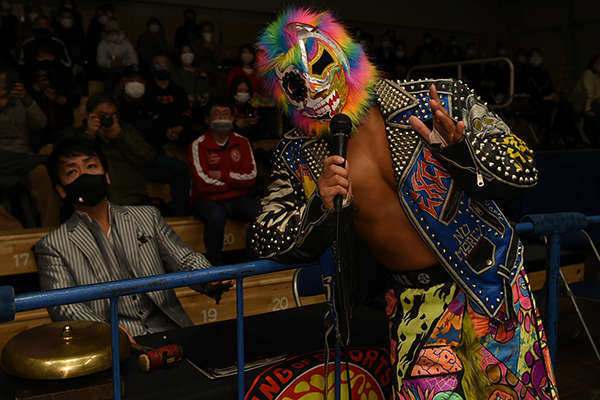 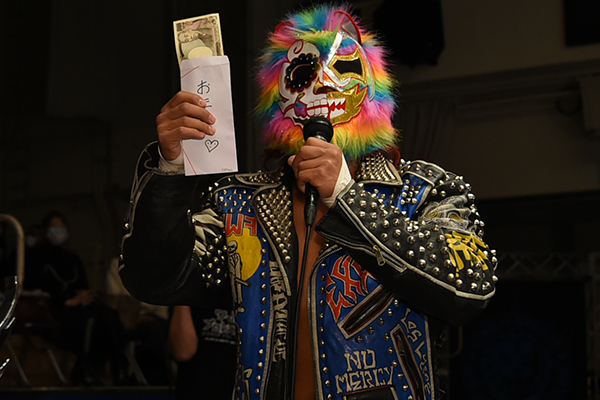 Initially set to be a tag team encounter, an injury to Oiwa’s partner Kosei Fujita led to a singles match. Hiromu would head to the ring with a BUSHI influenced mask, before taking to the mic and declaring that Oiwa would have ‘no chance of beating me, so let’s make things interesting’. As somewhat of a handicap, Hiromu wrestled under a mask with vision slightly restricted- throwing back to his days as the masked Kamaitachi in Mexico. The mask gave an added bonus for Oiwa- if the Young Lion removed Hiromu’s Kamaitachi mask, he would win 10,000 Yen as a “New Year’s pocket money present”. 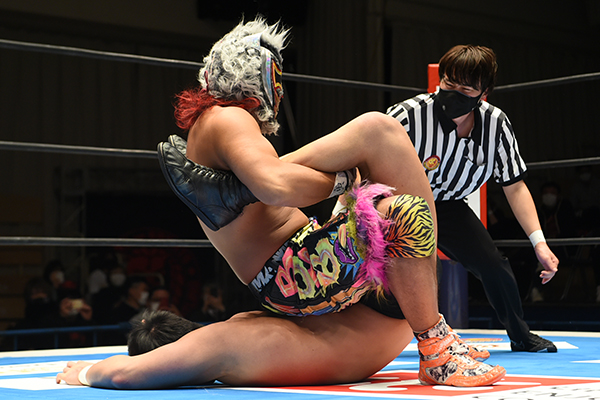 Oiwa was quick to remove the hood from Hiromu, but only succeeded in taking off an overmask. Takahashi would battle the youngster with stinging chops and powerful bodyslams, and though Oiwa threw a dropkick to his opponent’s chest, he would be quickly stopped and placed in a Boston Crab. Oiwa made the ropes, and landed another big dropkick, but Takahashi was quick to re-secure the Boston and submit the young hopeful, Hiromu leaving with mask and wallet intact. 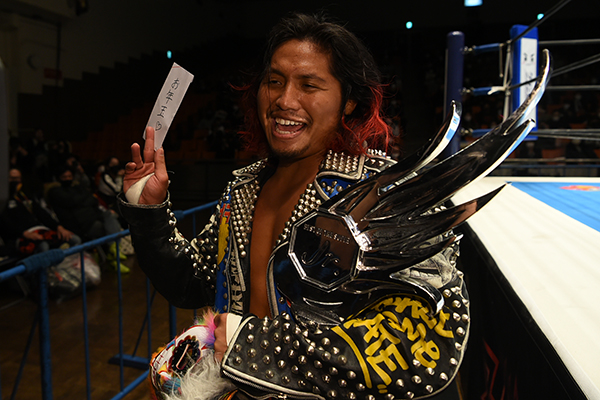