Skull End For Makabe as LIJ Remain Undefeated on Tour 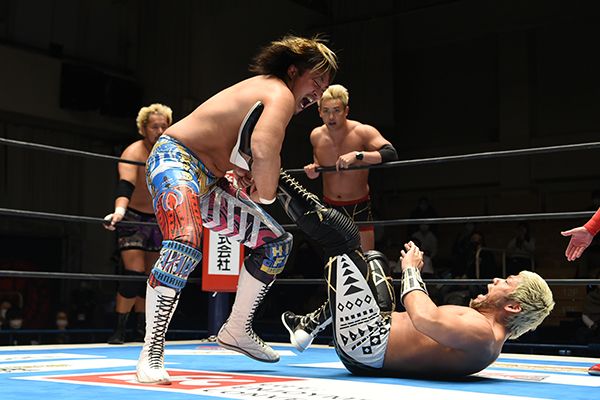 The second main event of the New Year’s Golden Series saw more six man action for Los Ingobernables De Japon’s Shingo Takagi, SANADA and Tetsuya Naito, as SANADA and Naito again met their IWGP US and World Heavyweight Championship opponents for Sapporo at tour’s end in the form of Hiroshi Tanahashi and Kazuchika Okada respectively. This time it would be Togi Makabe joining the dream team, while Okada and Naito started the main event action. 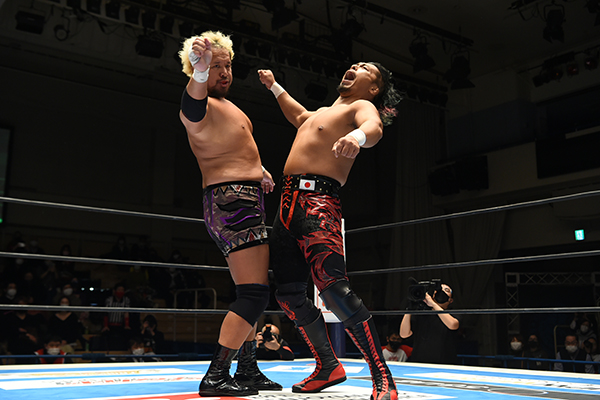 Naito would have the early advantage over the Rainmaker, posing from center ring in characteristic tranquilo fashion before trying to bring his foe to the LIJ corner, only for the world champion to escape and bring in Tanahashi instead to combat SANADA. Picking up where they left off one night prior, the Ace and his US challenger would prove cagey and scientific in their first interactions, but the well experienced Tanahashi would fall for the oldest trick in the book when a handshake was offered and then turned into a wrist lock by Cold Skull. LIJ would briefly isolate the Ace, but with a cross body, Tanahashi would gain enough distance to bring Makabe inside and turn the tables. 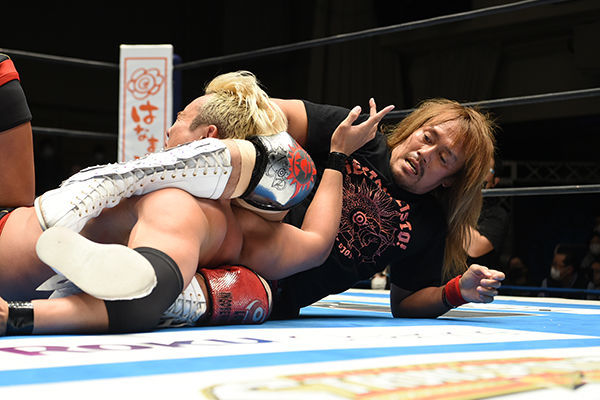 Despite Tanahashi having to settle for a Dragon Screw after aborting an attempt at the Paradise Lock, SANADA was well contained until a basement dropkick brought Takagi in with typical intensity. Shingo traded bombs with Makabe, before Naito and Okada rejoined the fray, the Rainmaker quick to shift gears and gain swift revenge for his treatment at the start of the match. Okada looked to follow a signature flurry with a trademark reverse neckbreaker, but Naito would instead negotiate his double leg full Nelson. With an assist from Tanahashi, Okada would transition into Money Clip and then landed a big boot to the face of Naito; El Ingobernable would respond to the Ace tagging in though, and planted his old rival with a flying forearm to get SANADA back in. 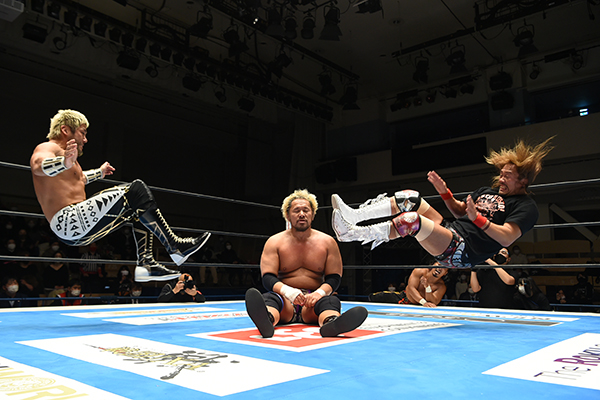 After giving Tanahashi a lesson in how to apply the Paradise Lock, SANADA brought some intense strikes to the US Champion before a Skull End attempt was reversed into Twist and Shout. Tagged in, Makabe would attempt to bring victory to his team, but would be caught in a dropkick sandwich between Naito and Cold Skull. Makabe would fire back with a double lariat, but was stopped and dropped with a TKO, and then the Skull End submission. 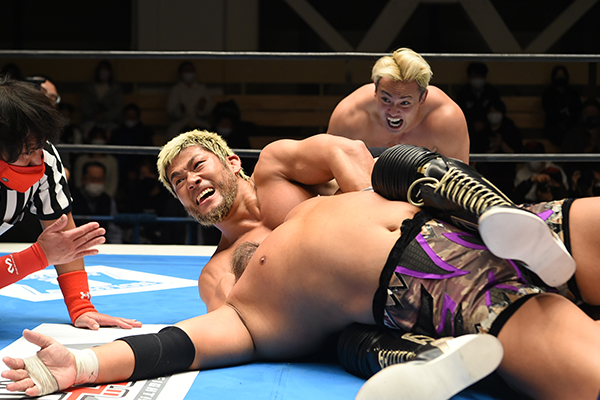 Post match, SANADA borrowed a Tanahashi turn of phrase by promising he would become IWGP US Champion ‘in a snap’. The two face off for the red belt on February 19, with the next televised event of the New Year’s Golden Series taking place on January 29 with a January 30 airing on NJPW World. 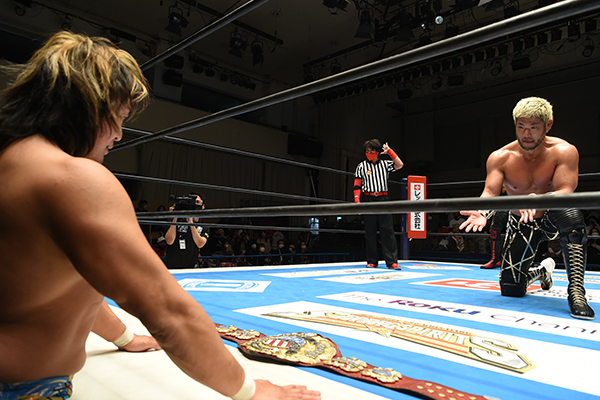