As the New year’s Golden Series enters its final week, contenders will be shaping up for major championship action in Sapporo, while fallout stays in the air from big events in Sendai and Osaka over the weekend. 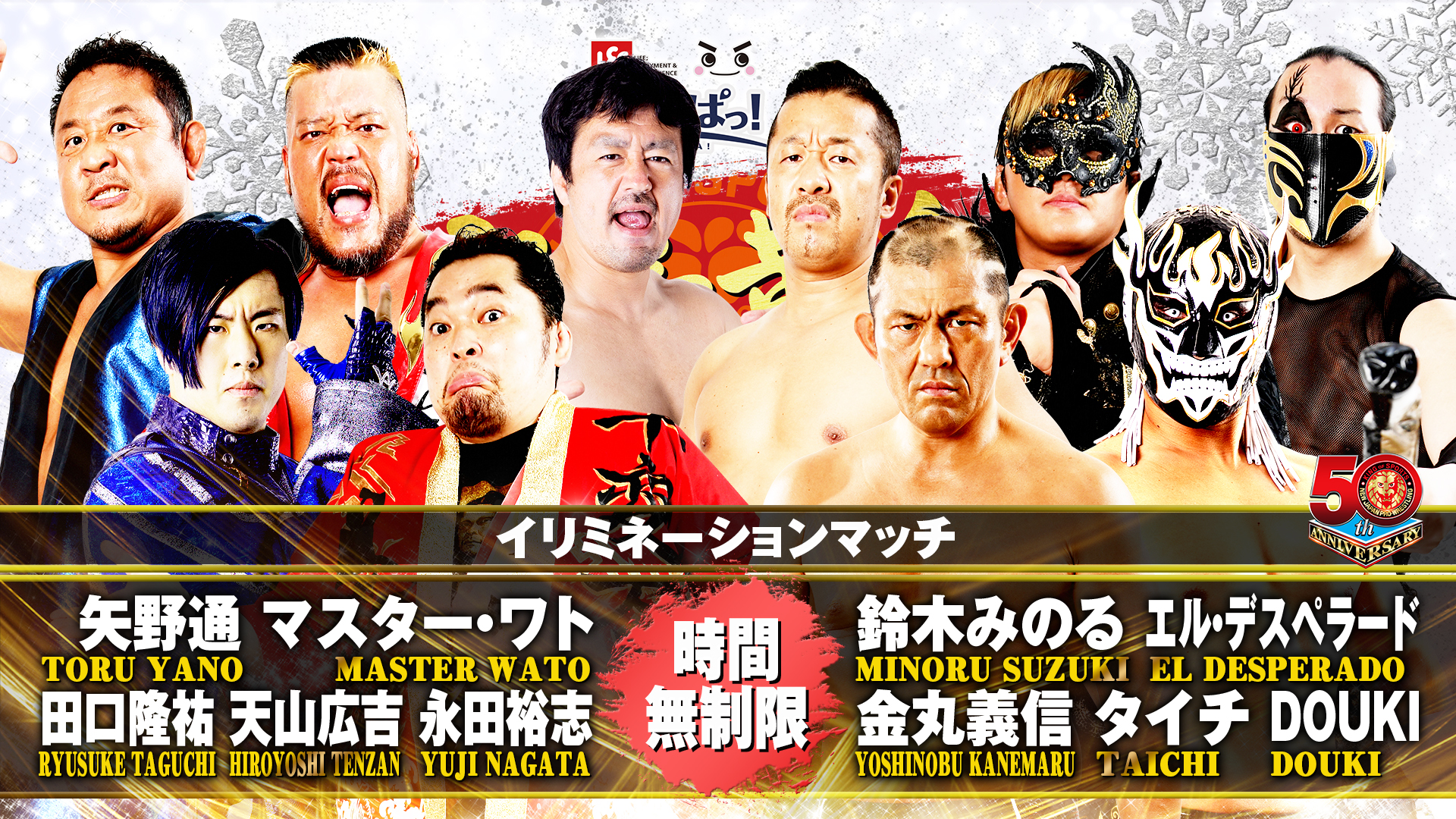 Always chaotic, an elimination main event will see Toru Yano lead a team of five against Suzuki-Gun as he approached February 20’s KOPW 2022 match in Sapporo. With voting set to end on Valentine’s Day, it appears as if Yano’s Dog Cage Match has the advantage as stipulation, but will Yano himself have the advantage heading into Sapporo?

Meanwhile, after Master Wato fell just short of the IWGP Junior gold in Sendai, the champion continued to deal criticism toward his young challenger. Bad blood between the present and future of the division seems set to continue, while Ryusuke Taguchi continues to lobby for an IWGP Junior Heavyweight Tag Team Championship match for Team Six or Nine. As Kanemaru also joined a crowded ring in Osaka Sunday to state he and Desperado’s case for the gold, it seems like a four way match may be incoming. Surviving this main event war would be a big step toward that 69th tag championship for Taguchi, but is easier said than done. 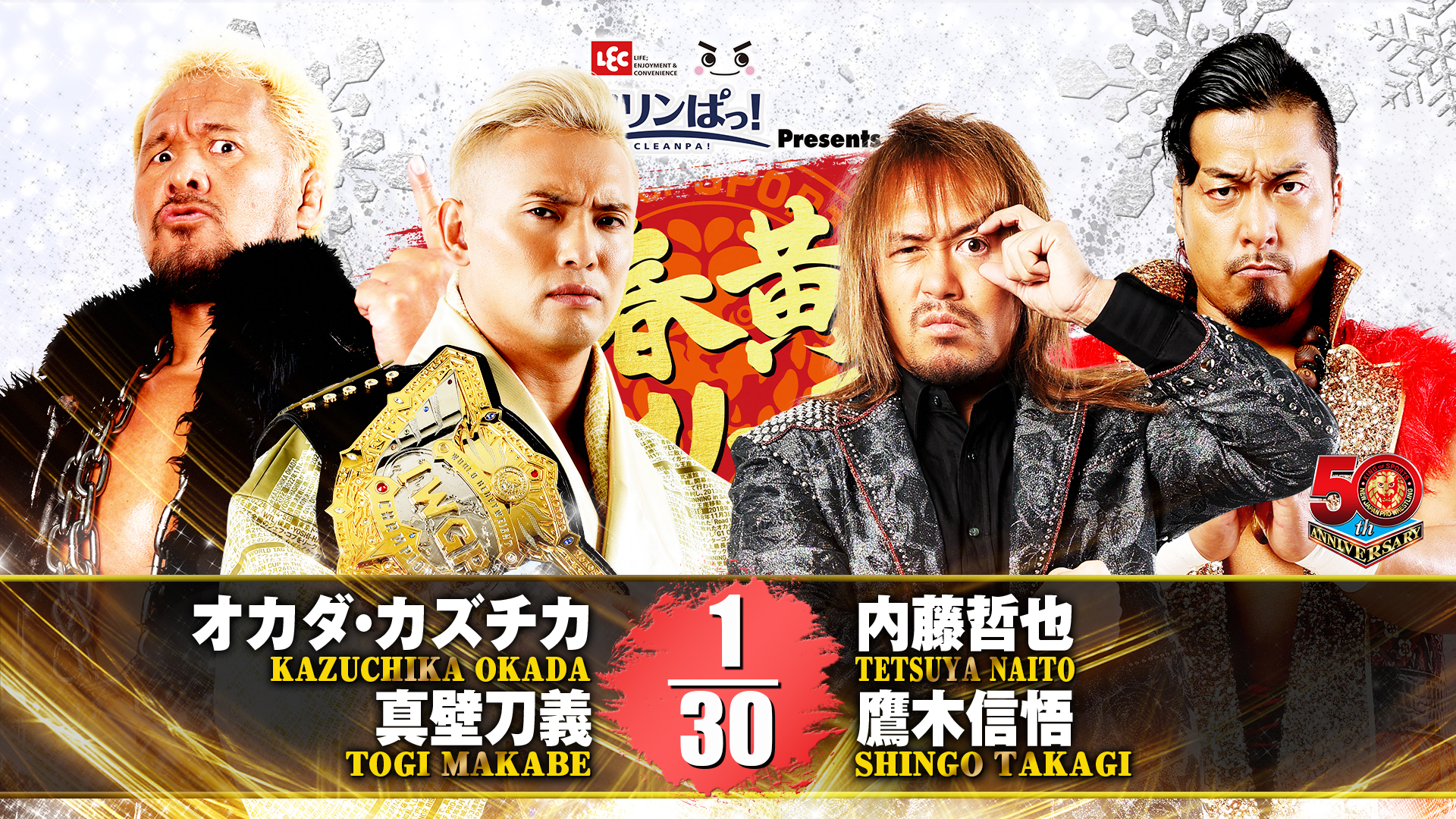 With just five days separating them from their Sapporo championship encounter, Kazuchika Okada faces his next challenger Tetsuya Naito in tag action, with El Ingobernable teaming with the man Okada took the title from in Shingo Takagi. Togi Makabe is Okada’s partner this evening; last time we were in Korakuen Hall, a Last of the Dragon was the end result for the Unchained Gorilla. Makabe wants to get even in the Hall, while the IWGP World Heavyweight Champion wants to assert his superiority over the number one contender.

In Osaka on February 13, Tetsuya Naito ended the night on top of the world. After success targeting the base of the IWGP World Heavyweight Champion early in the match, Naito would land a running Destino to Okada, before landing Valentia and the full Destino to pin Hiroshi Tanahashi. Naito has a clear gameplan in mind for Sunday in Sapporo, and Korakuen tonight will see the next step executed- unless the Rainmaker can find a much needed answer. 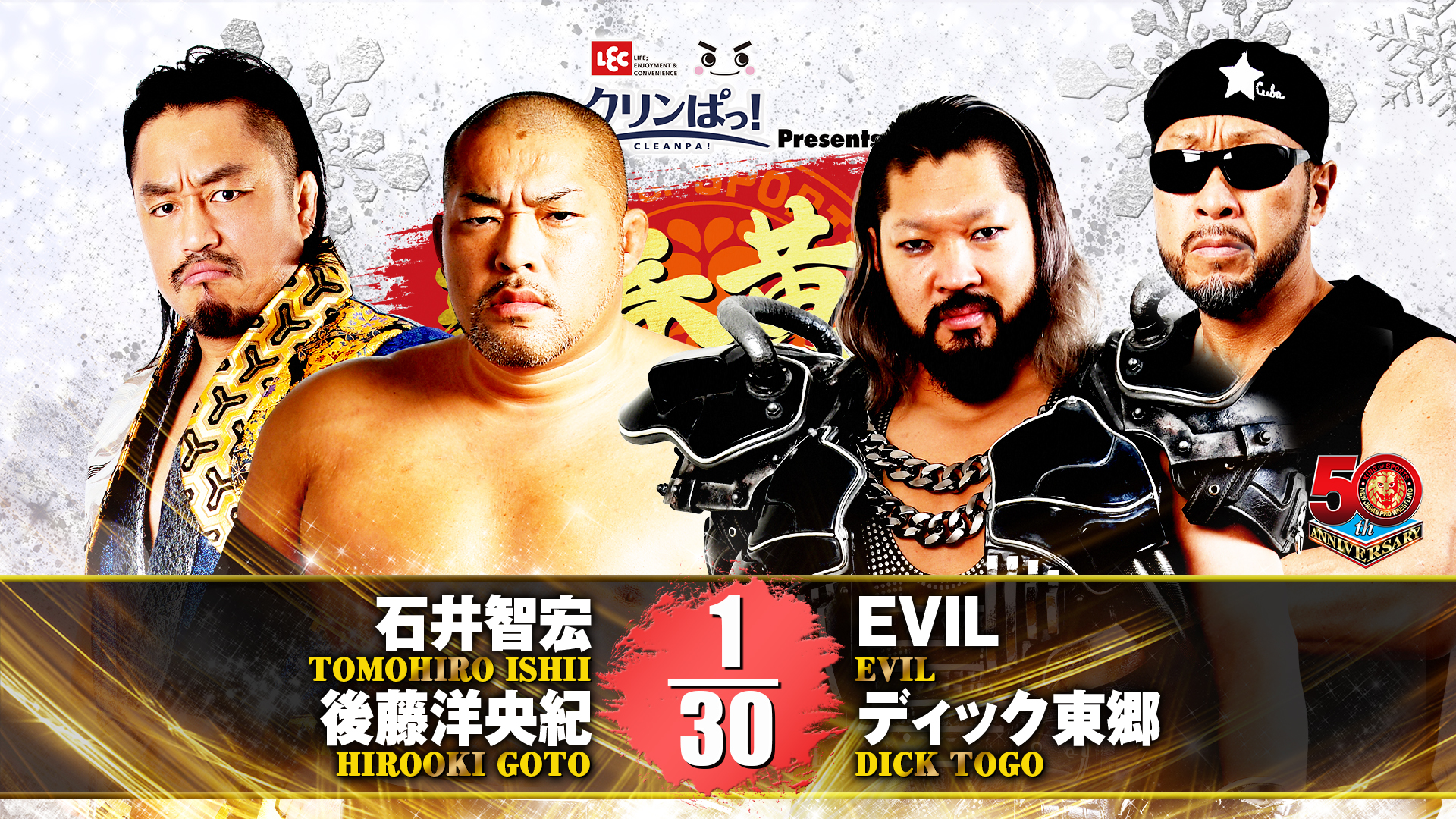 Two days removed from their NEVER Openweight Championship Lumberjack match, EVIL and Tomohiro Ishii lock horns tonight. With EVIL and Yujiro Takahashi set to challenge Hirooki Goto and YOSHI-HASHI for the IWGP Tag Team Championships in Sapporo February 19, and CHAOS hunting for the NEVER 6 Man Tag Team Championships the next night, CHAOS will be leaning on their fluid teamwork tonight.

Two on two, and three on three aside, in Osaka, EVIL’s biggest detractors would learn that EVIL can get the job done one on one. When a Lumberjack Matc semi main event saw the outside distractions laid out at ringside, the closing quarter of the bout was all EVIL vs Tomohiro Ishii, and saw the King of Darkness emerge with a well justified victory. Will it be a different man who teams with Dick Togo tonight, or will it be old habits dying hard? 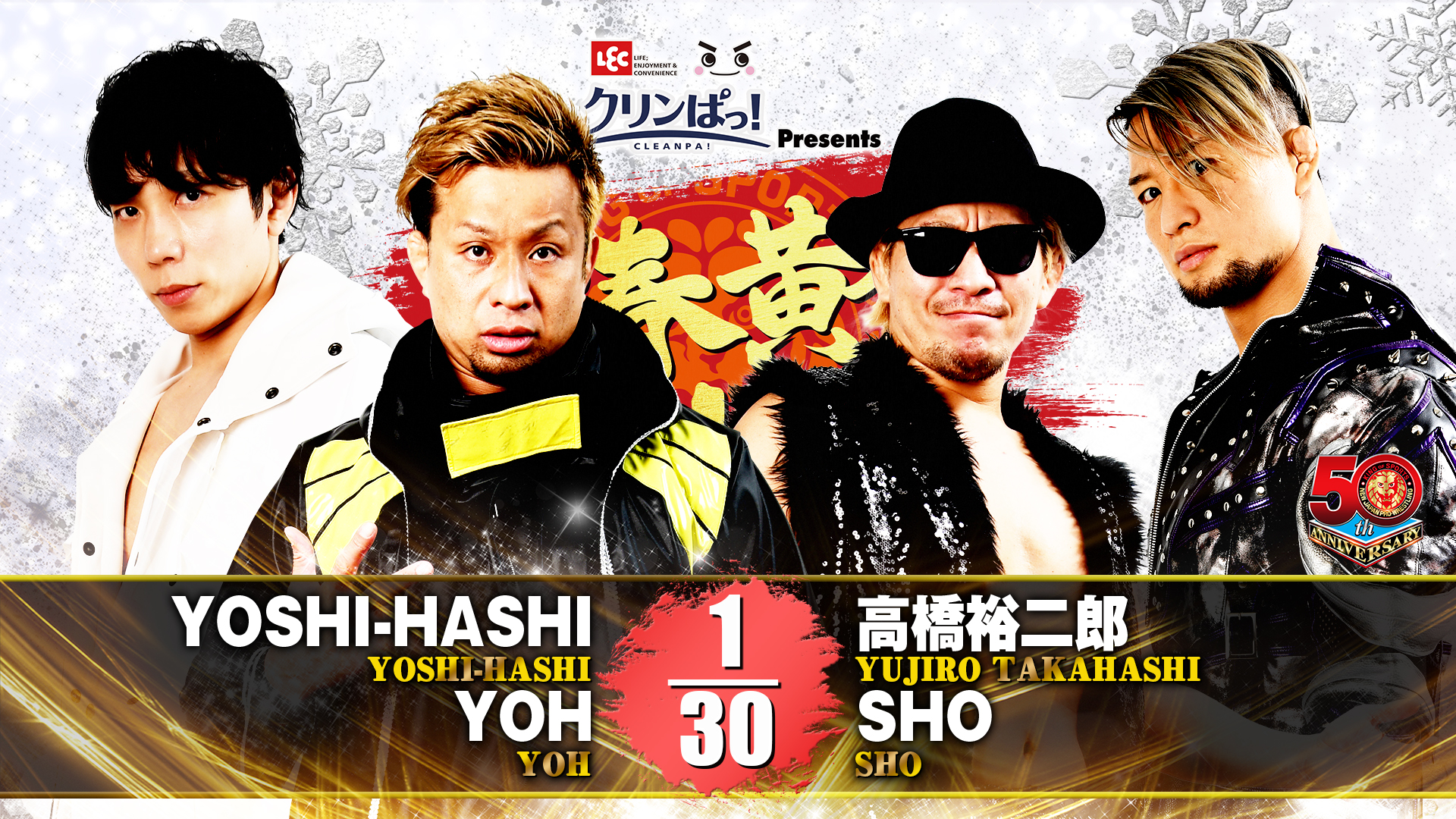 The other halves of the battling CHAOS and HOUSE OF TORTURE contingents do tag battle in the third match of the night. In Sendai, SHO pulled every last disgraceful tactic out of the drawer to defeat YOH, via wrenches, chair shots, belt strikes and copious interference. YOSHI-HASHI’s return in Osaka helped CHAOS to a six man win, but this was of very little consolation to YOH, with much still undone. It’s safe to say that ill feeling definitely remains between YOH and SHO, and that this will be a wild affair. 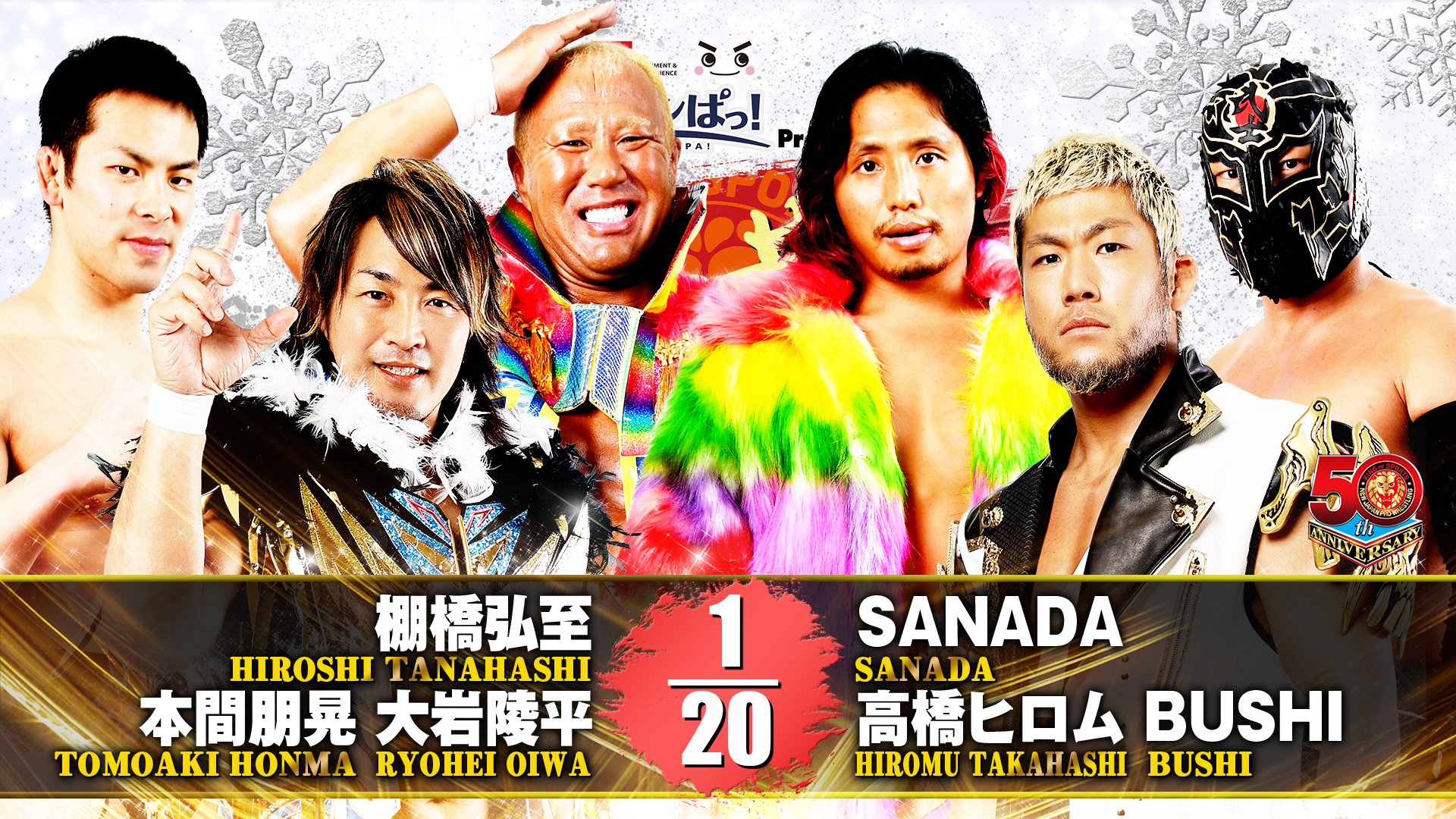 Prior meetings between Hiromu Takahashi and Kosei Fujita in the first part of the series saw the Time Bomb have his fun with Ryohei Oiwa and his Young Lion partner Kosei Fujita. Hiromu would put up some New Year’s money for the young men in a friendly wager, in fact. Tonight though, the stakes for this six man battle are somewhat higher, with Hiroshi Tanahashi and SANADA locking up before their February 19 IWGP United States Heavyweight Championship match. Sunday in Osaka, Tanahashi was left looking at the lights, and is in need of reasserting himself to SANAAD and the world at large before Saturday. Can he do just that in this six man? 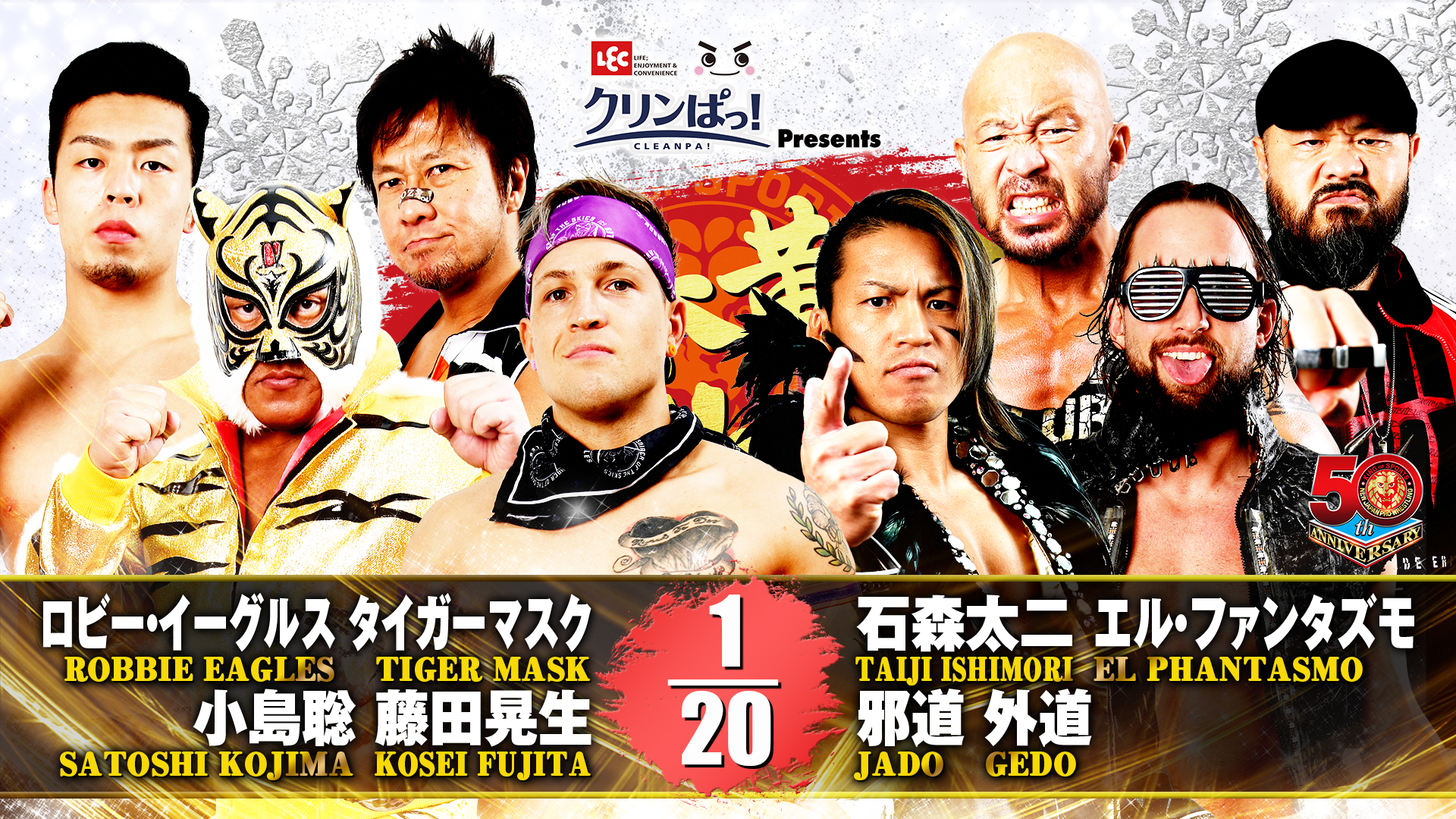 Eight man tag team action will see Flying Tiger and BULLET CLUB’s Cutest Tag Team lock horns in advance of their tag title match in Sapporo this weekend. In singles clashes in Osaka, Tiger Mask managed to get a win over El Phantasmo via disqualification, while Robbie Eagles scored his own first ever singles win against Ishimori by submission. 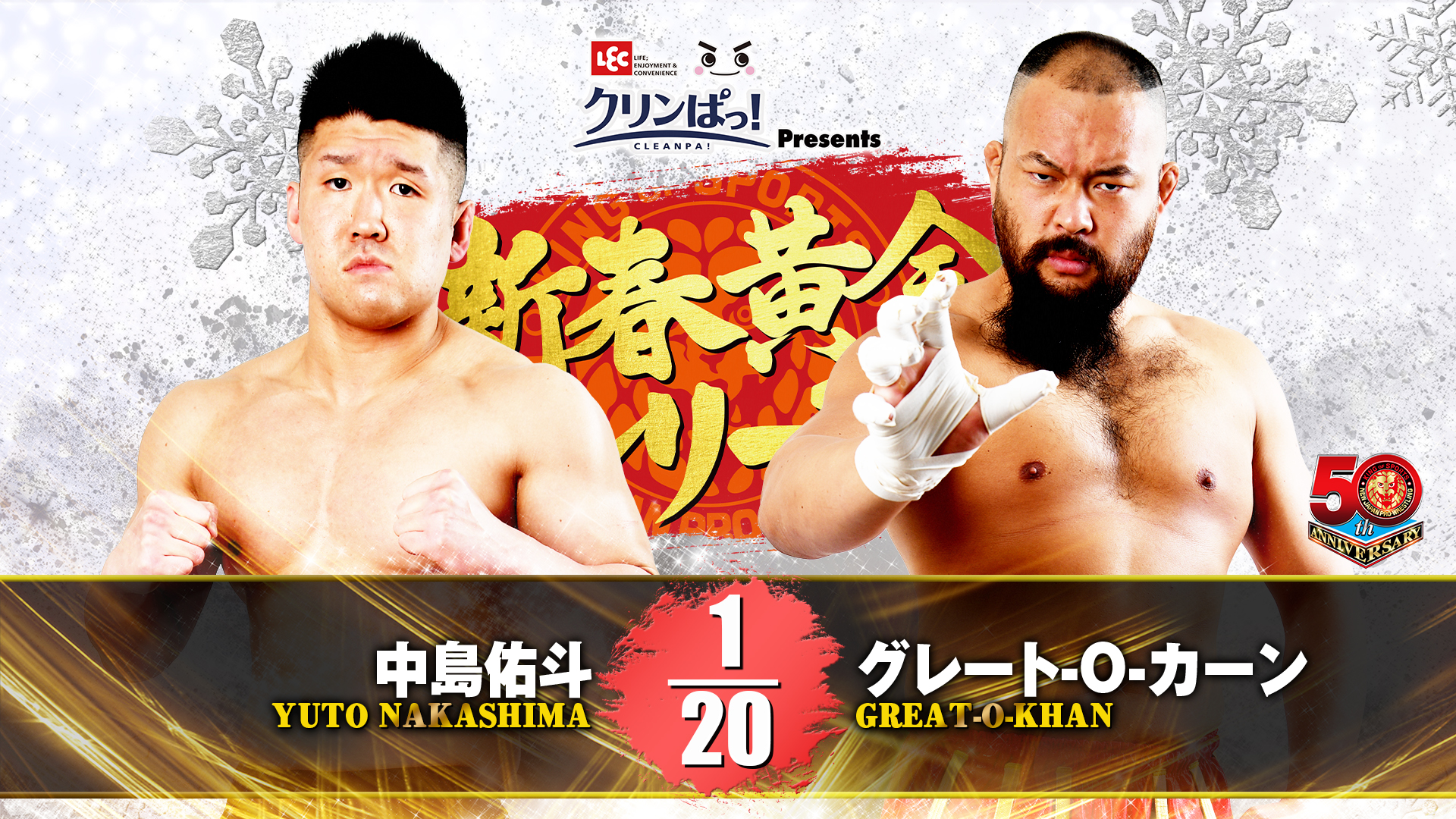 The night starts with Yuto Nakashima battling Great-O-Khan. Nakashima is back in the ring after taking a week off as a precautionary measure, after O-Khan’s forearm knocked the Young Lion out for a quick pinfall on February 7. Will the Dominator be equally savage tonight? Or will Nakashima find an answer?