After a month of touring around Japan, the New Year’s Golden Series comes to a close over two nights in Sapporo’s Hokkai Kita-Yell on February 19 and 20. Three championship matches highlight Saturdays clashes with what is sure to be a classical main event. 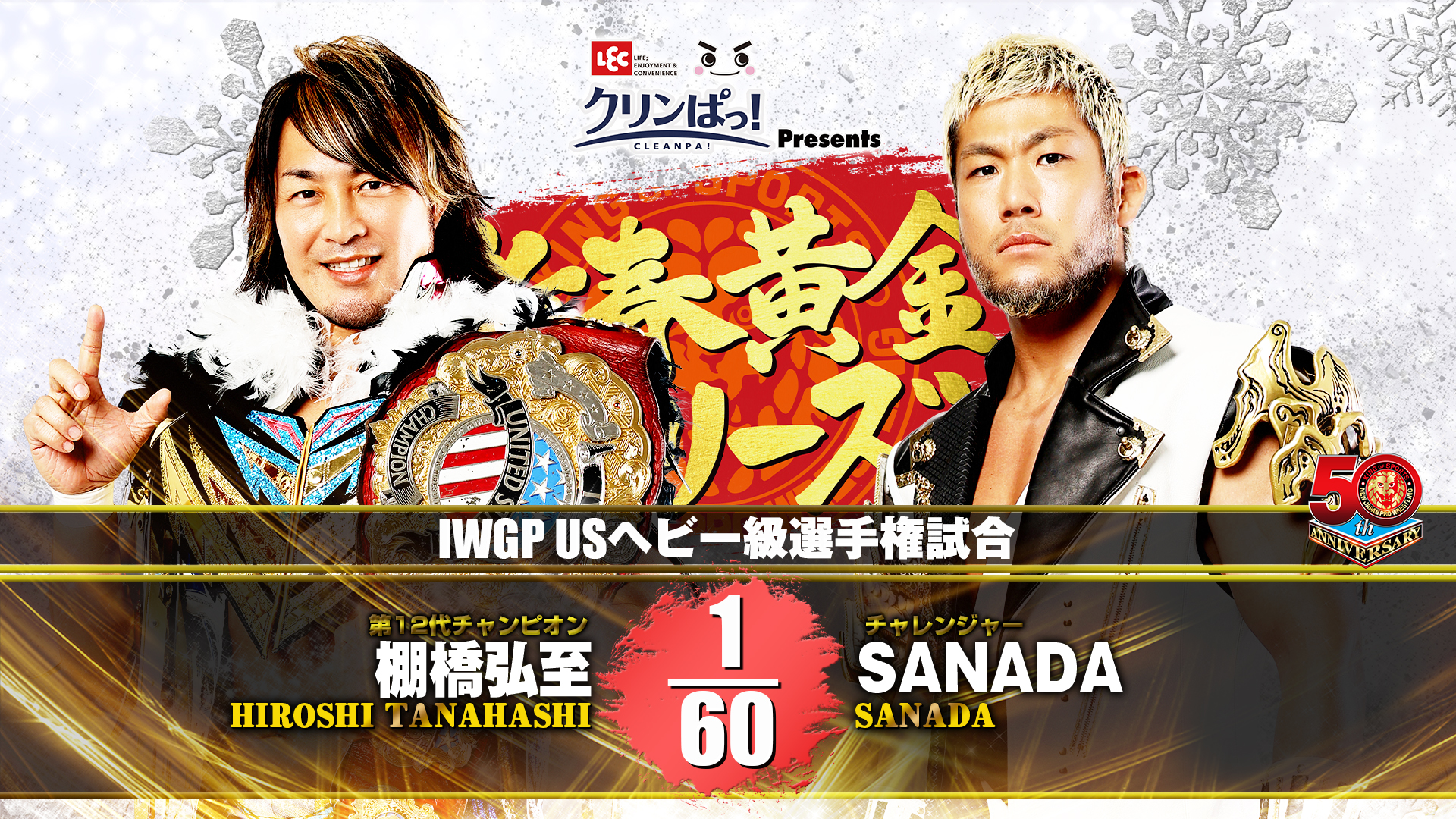 Hiroshi Tanahashi looks to make the first defence of his second reign as IWGP United States Heavyweight Champion in the main event as he takes on SANADA. After Tanahashi reclaimed the US gold by tapping into a rarely seen violent side of himself in the Tokyo Dome, securing victory by driving his body through KENTA and a table at Wrestle Kingdom, the Ace expressed only ’empty regret’ at his actions. Wanting to get back in touch with his classical wrestling roots, the Ace nominated SANADA to challenge him in Sapporo, and Cold Skull obliged.

Both SANADA and Tanahashi share common roots, and early career mentors in Keiji Muto. Yet in his six years in NJPW, SANADA hasn’t emerged to the top flight as a singles champion- yet. Should SANADA defeat Tanahashi in Sapporo, moving his career scoreline to 4-3 over the Ace, he would secure his first singles championship in New Japan Pro-Wrestling. What’s more, and as action in the US picks up into a hectic spring, SANADA would hold the key to NJPW internationally; and the key to the fabled ‘forbidden door’.

Tanahashi certainly has left much undone as champion, but has not picked a soft first defence in Sapporo. In the same venue where he picked up his first win against the Ace, could the frigid northern climes of Hokkaido see Cold Skull SANADA to ultimate success? 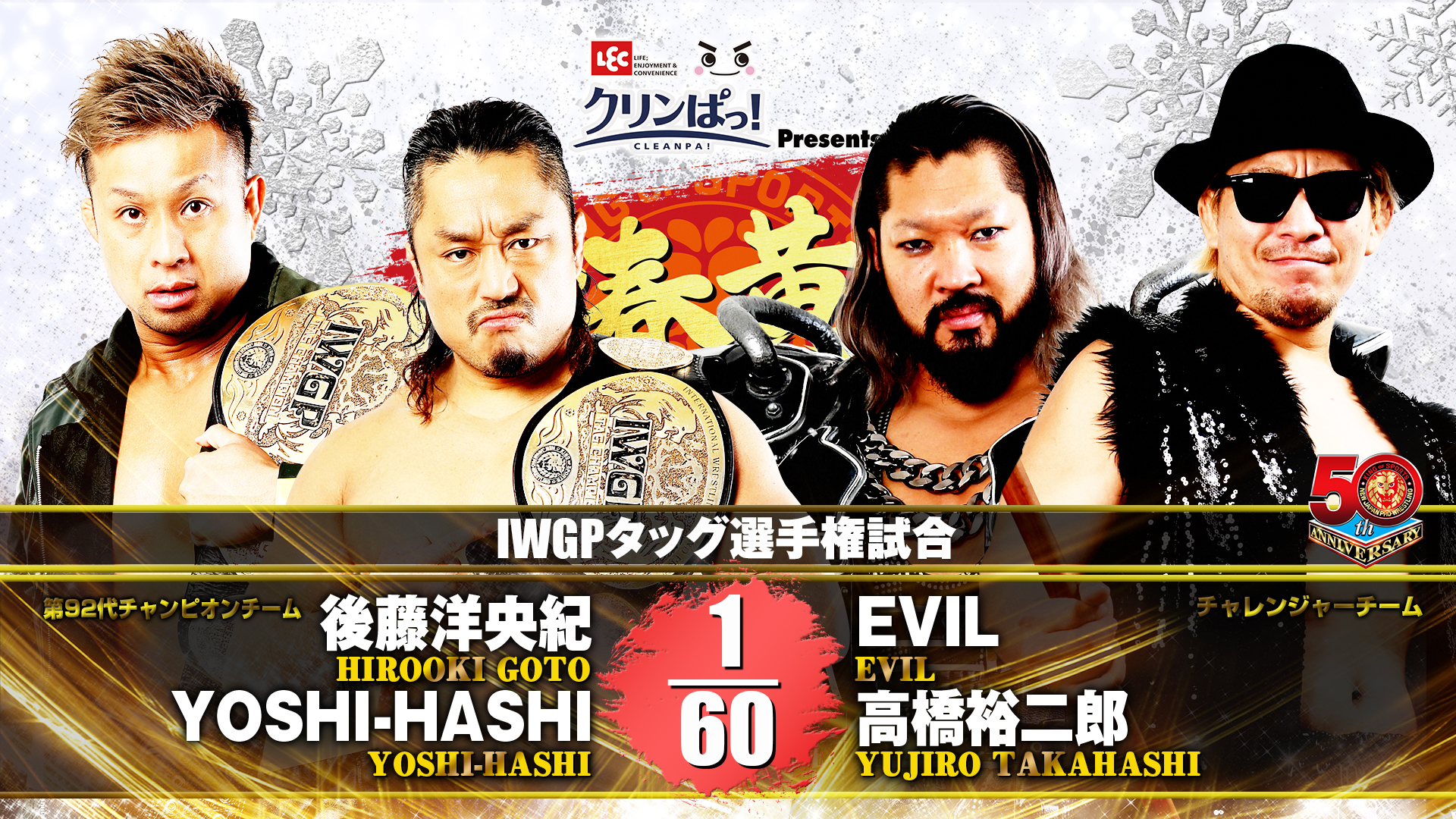 The semi main event on February 19 sees the IWGP Tag Team Championships on the line, Hirooki Goto and YOSHI-HASHI seeking to make their first edefence of tag gold they obtained at Wrestle Kingdom.

They make that defence against HOUSE OF TORTURE’s EVIL and Yujiro Takahashi. At the World Tag League finals, copious HOUSE OF TORTURE interference seemed set to grant the dual trophies to EVIL and Yujiro until Tomohiro Ishii turned the tables for the CHAOS side. That would all lead to Goto and YOSHI-HASHI claiming IWGP Tag gold for the first time together, and, when H.o.T cheated their way to a NEVER 6-Man victory in the Tokyo Dome on January 5, the champions had collateral for a rematch.

Yet despite proud statement wins for CHAOS over the BULLET CLUB sub group in Korakuen this week, EVIL’s crew is at their most dangerous when the stakes are highest. Can the champions outsmart and outwrestle their devious challengers? 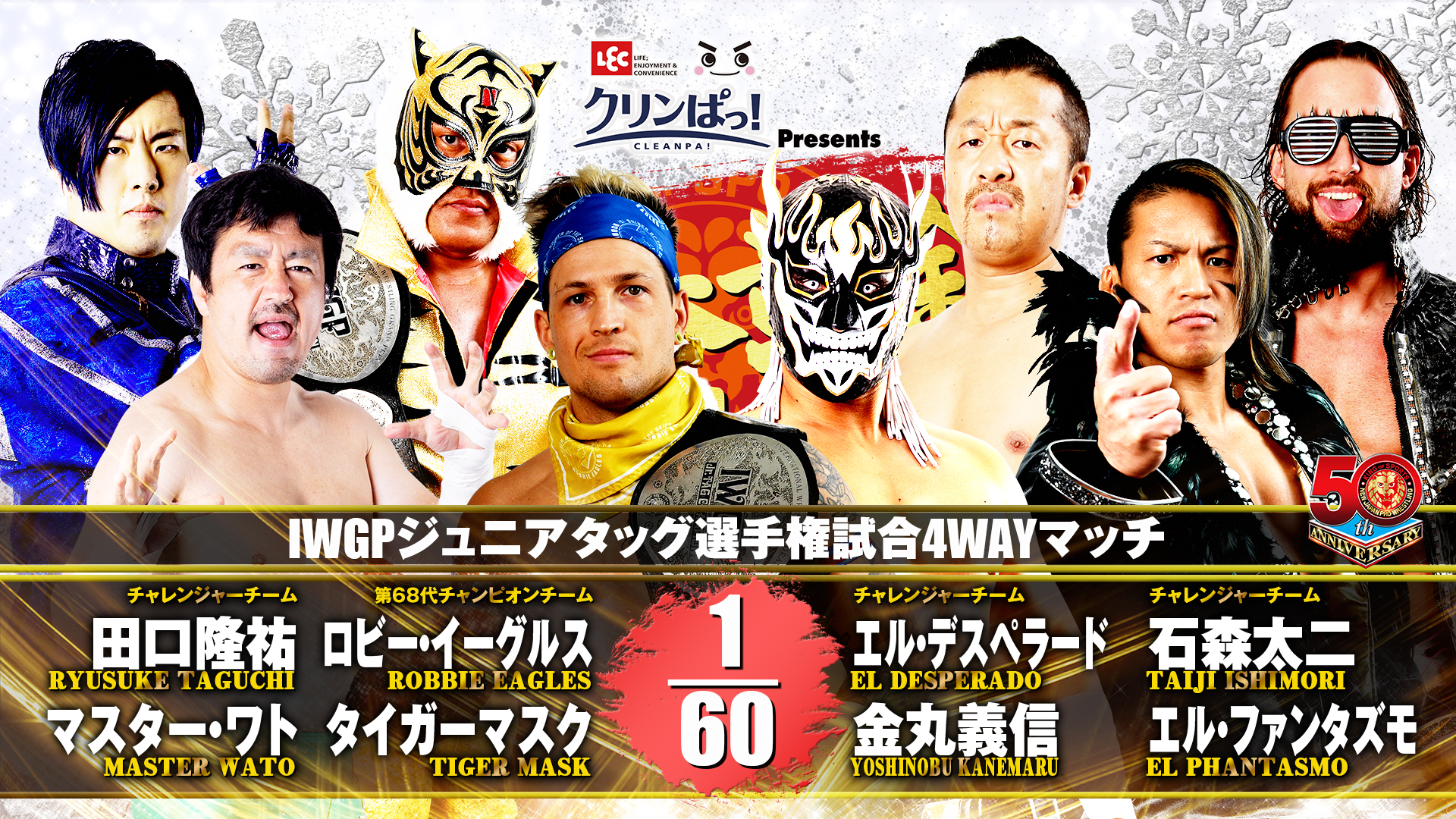 What was originally going to be a traditional encounter between IWGP Jr. Tag champions Flying Tiger and BULLET CLUB’s Cutest Tag team for the gold has been transformed into a four way match after appeals from both Ryusuke Taguchi and Yoshinobu Kanemaru in Osaka last weekend. Taguchi would make the point that after being disqualified from the Wrestle Kingdom four way match in the Tokyo Dome, El Phantasmo and partner Ishimori had no legitimate claim for the gold. Meanwhile Kanemaru would argue he and Desperado had a very legitimate claim of their own, the former champions never having gotten a rematch after losing the gold in the autumn.

With the four way now set, the question remains- just who will come out on top? Taguchi’s desire to be the 69th IWGP Jr. Tag Team Champion is certainly well documented, but after tensions with Master Wato have been somewhat frayed, and communication between Team Six or Nine seeming somewhat lacking, the odds might better suit one of the other teams. Tiger Mask and Robbie Eagles are riding high after singles wins over El Phantasmo and Taiji Ishimori in Osaka, but it would be foolish to doubt the bonds, and the successful history that Kanemaru and Desperado represent. 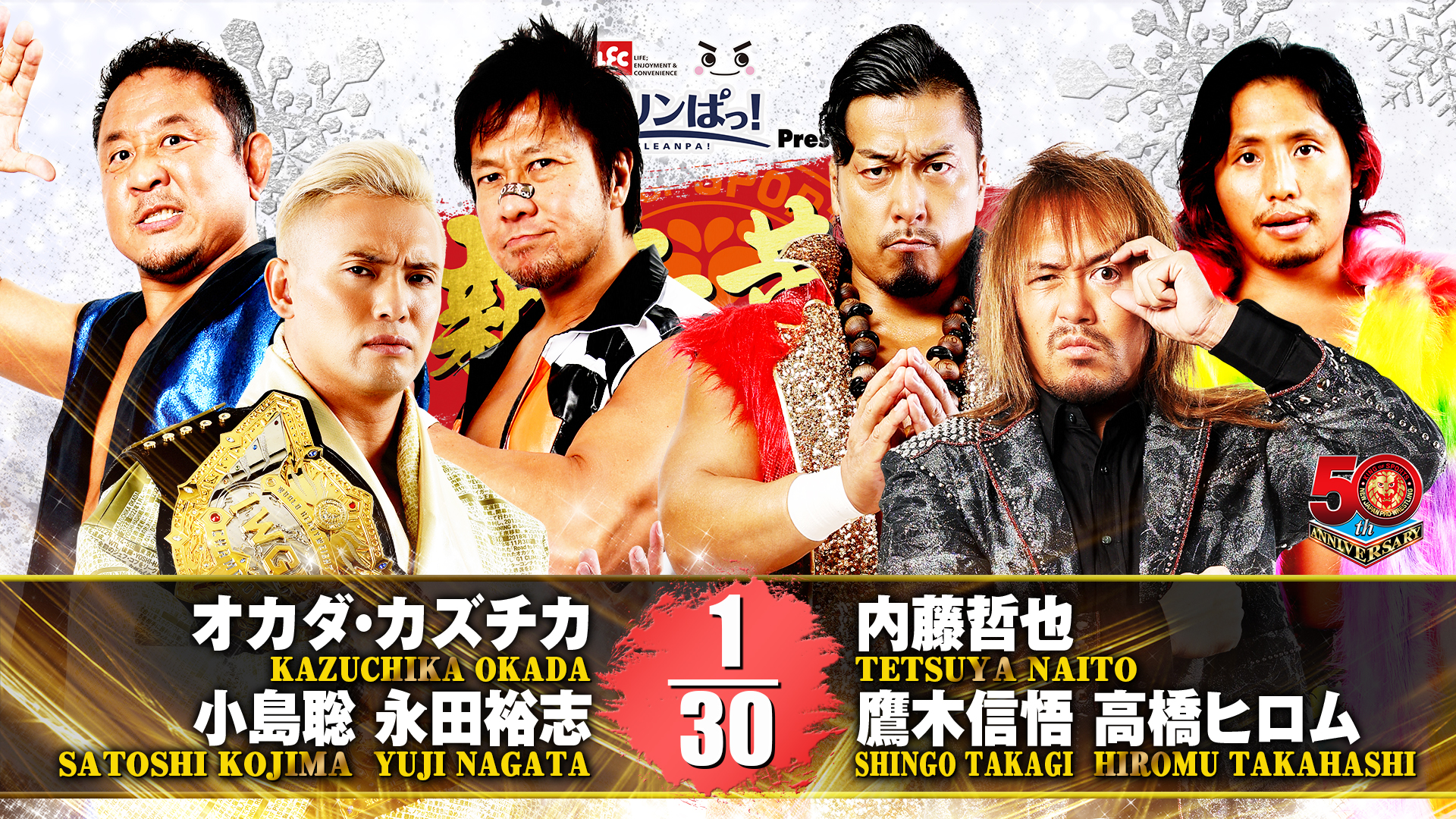 The last preview of IWGP World Heavyweight Championship action night two in Sapporo will see Kazuchika Okada lead Satoshi Kojima and Yuji Nagata into action against an LIJ trio tonight. Naito has been unstoppable and undefeated all the way through the New Year’s Golden Series, and will look to deliver one final message tonight, but it’s Sunday where everything matters most. Will the Rainmaker be able to fire back? 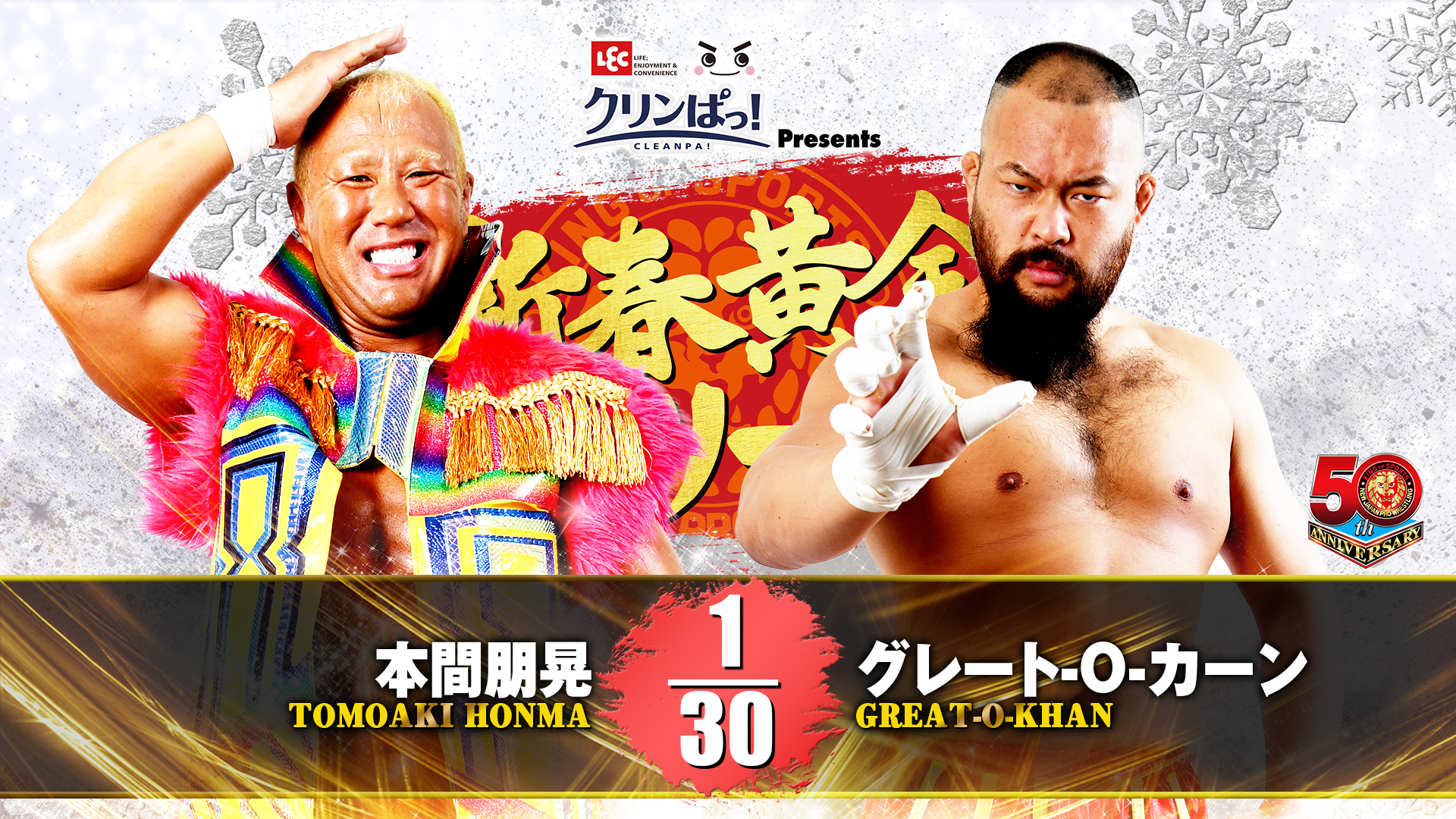 Singles action will see Tomoaki Honma go head to head with Great-O-Khan. After a defeat to SANADA at Wrestle Kingdom, O-Khan has reset over the last tour, and representing the United Empire solo, has strung together success after success in singles contests. Now, the Dominator is likely wholly focused on going the distance in the New Japan Cup in March, and will be looking to make a statement at Honma’s expense. 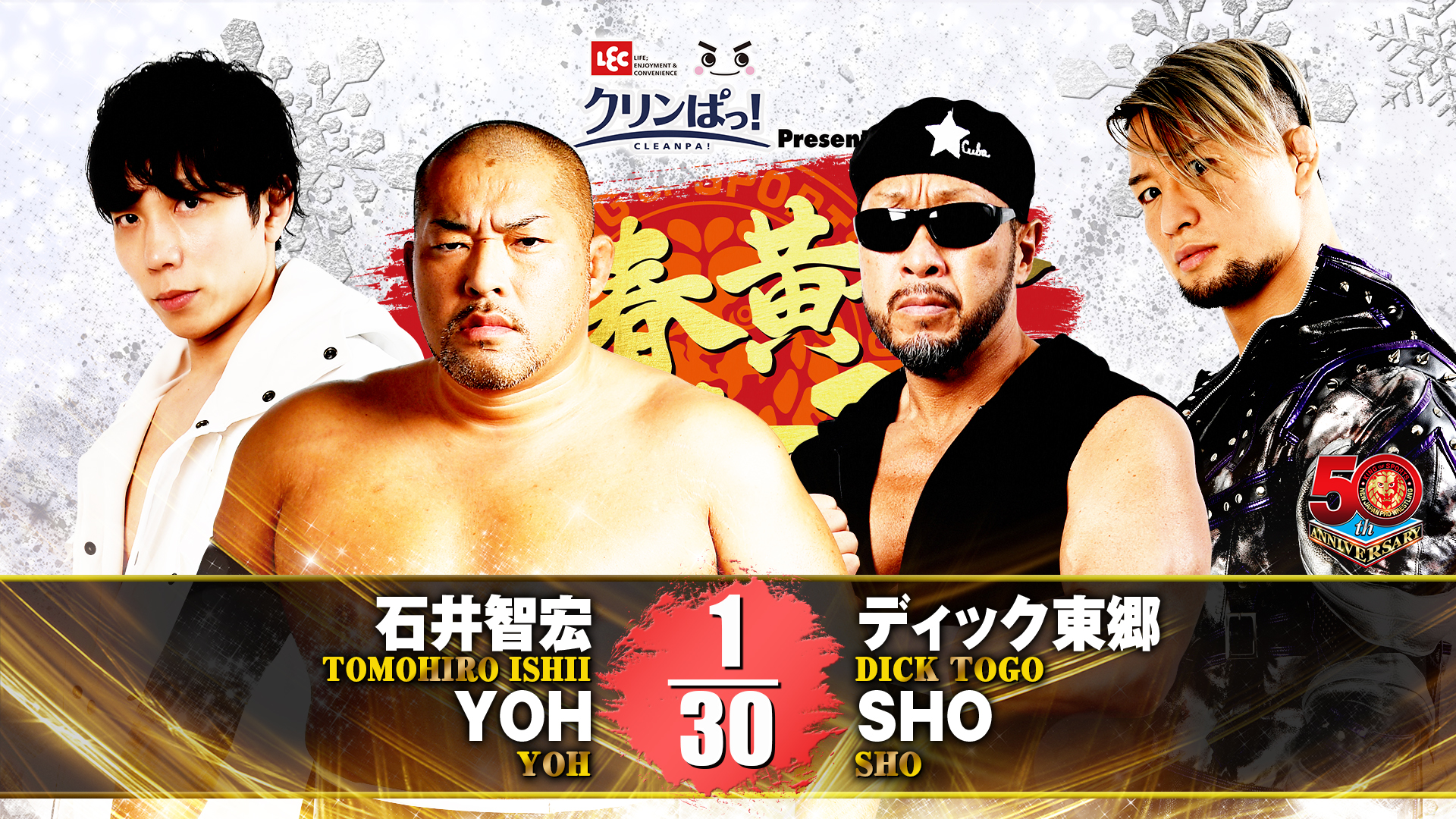 While Hirooki Goto and YOSHI-HASHI face EVIL and Yujiro Takahashi later in the night, YOH and Tomohiro Ishii will tangle with Dick Togo and SHO in our third match. Earlier this week in Korakuen Hall, tag team previews between CHAOS and HOUSE OF TORTURE turned into de facto lumberjack matches, a situation that the IWGP tag Team Champions could ill afford later tonight. With that in mind, the chance is here for outside distractions on the challengers’ part, or an outside insurance policy for the champions’ to be eliminated early, and that means both teams will be swinging for the fences. 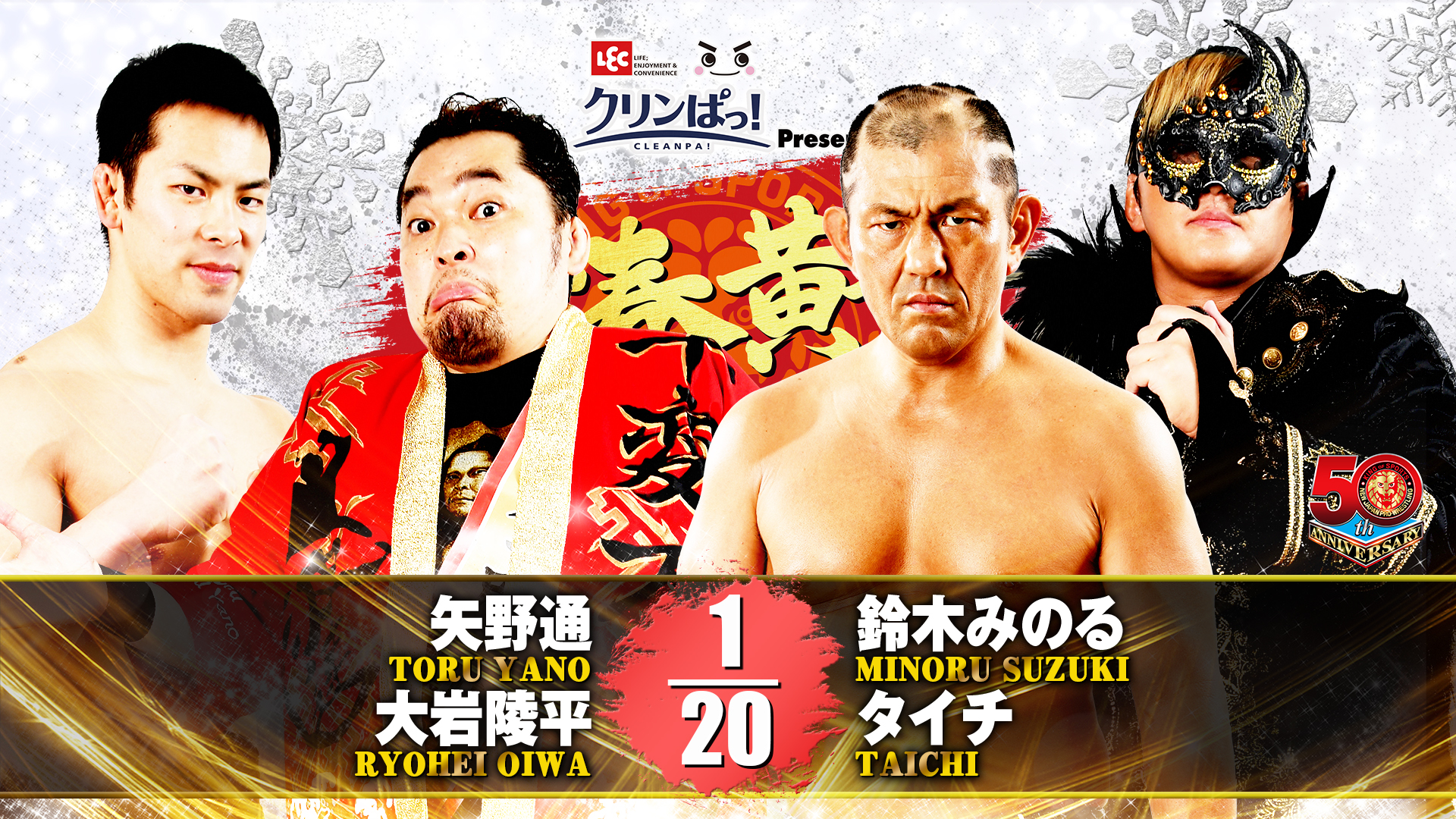 Before Toru Yano and Minoru Suzuki collide in a Dog Cage Match on Sunday for the KOPW 2022 trophy, one last tag team preview will see the two tear into one another tonight. At least for Ryohei Oiwa, Suzuki’s rage may be so focused on Yano that he may be able to center his own attention on Taichi, who will be more than enough competition for the young man; or might it be Oiwa ending up in a dog cage? Or perhaps worse- chained to Suzuki? 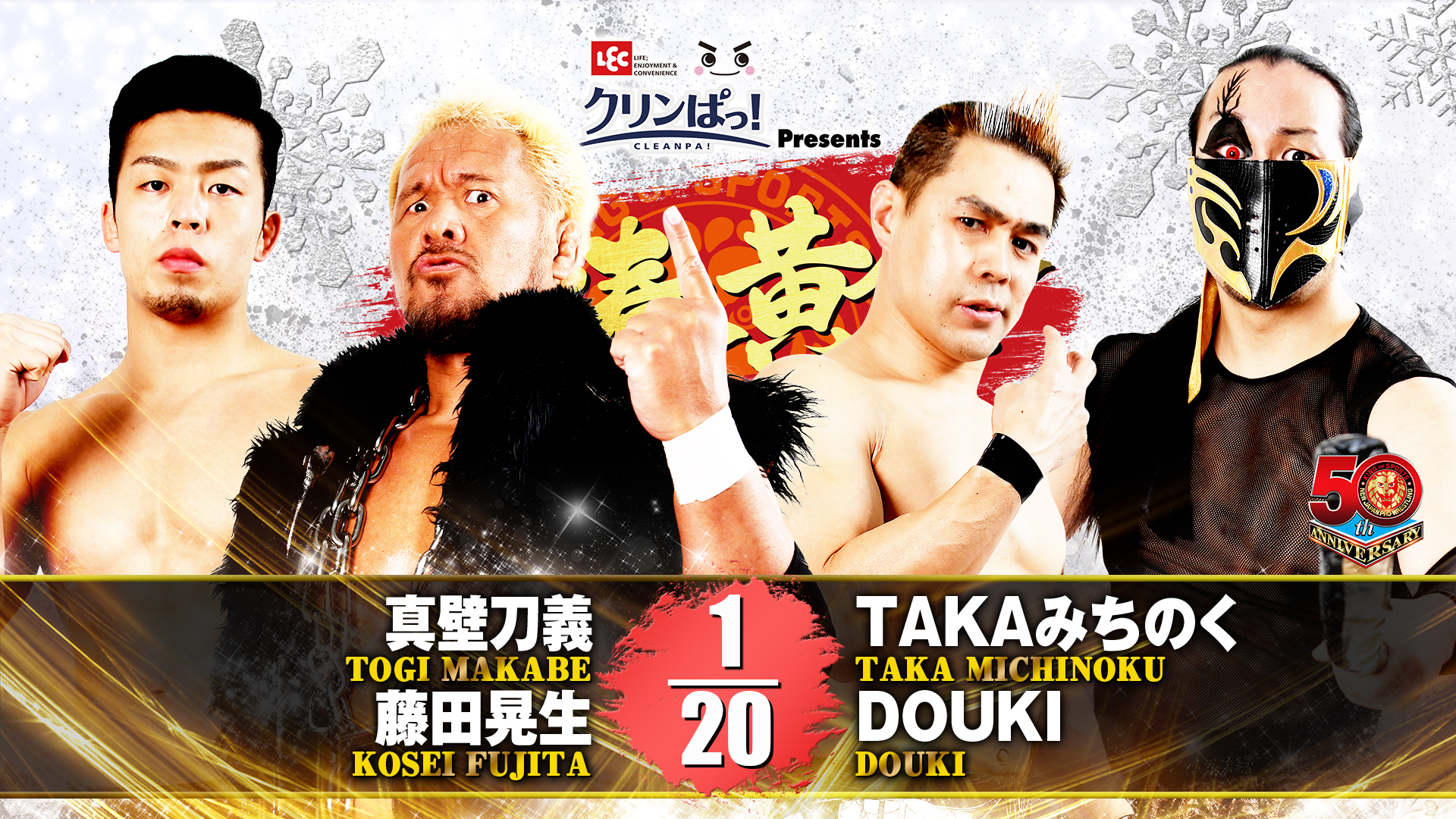 Young Lion Kosei Fujita teams with a veteran guiding hand in Togi Makabe in our opener, as they go head to head with Suzuki-Gun junior heavyweights TAKA Michinoku and DOUKI. After making his debut at the announce desk this week, DOUKI will be happy to get back into the ring tonight; will he and TAKA be teaching painful lessons to Fujita, or will Makabe be a powerful key to success?