Another bad Naito for Okada as Sapporo looms 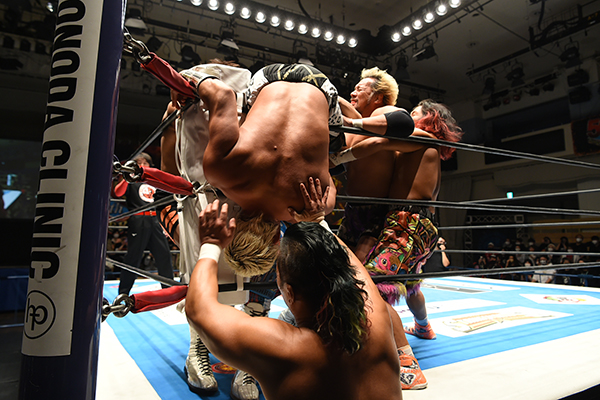 Just hours before they were set to meet for the IWGP US Championship in Sapporo, SANADA and Tanahashi would start off, Tanahashi going for a quick over the top rope elimination to no success before tags were made to Okada and Hiromu. The Best of the Super Jr. winner would charge at the IWGP World Heavyweight Champion, who dropped Takahashi and landed a giro before taunting Naito. 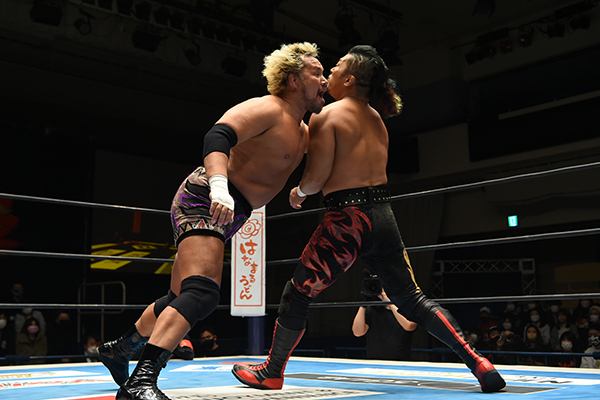 Hiromu struggled in the wrong corner befoer Naito was able to grab Okada’s heels from ringside, bring the match to the floor where LIJ took command. Naito and company continued El Ingobernables game plan all the way through this tour by targeting the neck of the champion, Okada finally landing a flapjack to tag in Makabe. The Unchained Gorilla would tee off on Takagi, but when Shingo elevated Makabe over the top rope, a miscue saw Kojima lariat his own partner to the floor for the first elimination.

Kojima would struggle with the 3-4 handicap, but was able to create distance with a DDT to Hiromu and blows to SANADA to bring Tanahashi in. The IWGP US Champion went down to SANADA’s knees, and negotiated a brief Texas Cloverleaf, but he couldn’t eliminate Cold Skull via submission, or indeed over the top; both would skin the cat to get back inside as the match continued. 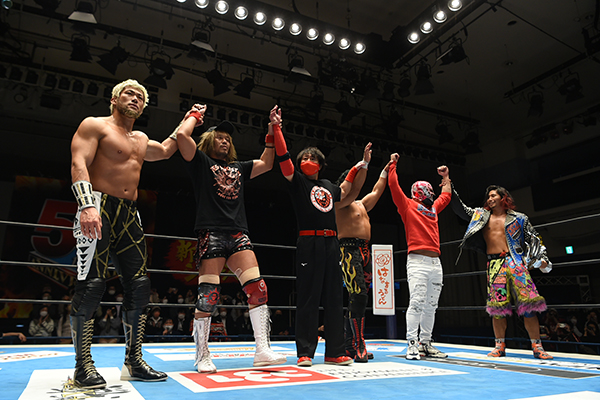 SANADA would get the upper hand eventually, putting Tanahashi in a rope bound Paradise Lock and dropkicking the Ace to the floor, moving LIJ to 4-2. Taking full advantage, Naito would repeatedly send Okada into the ringside steel, and went to the knees as well until a reverse neckbreaker allowed Okada to sink in the Money Clip. El Ingobernable’s partners would quickly break the hold up however, and with a dropkick to the knees as the Rainmaker found himself on the apron, it was down to Kojima facing all of LIJ alone. 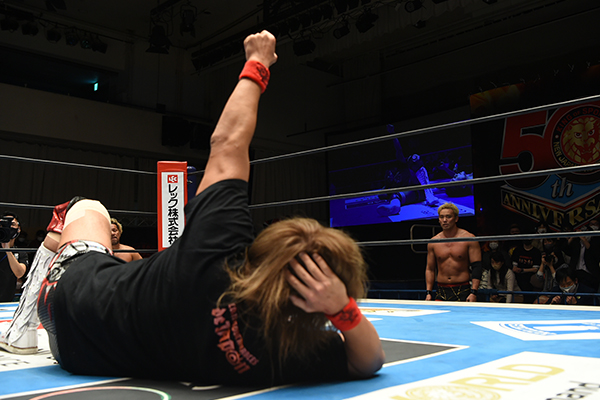 The valiant veteran Kojima fought back with a lariat to both Shingo and Naito, but his luck would soon run out. Naito rang the arm, and hit Destino to give LIJ a perfect victory,  with Okada in a difficult spot before Sunday’s IWGP World Heavyweight Championship main event.