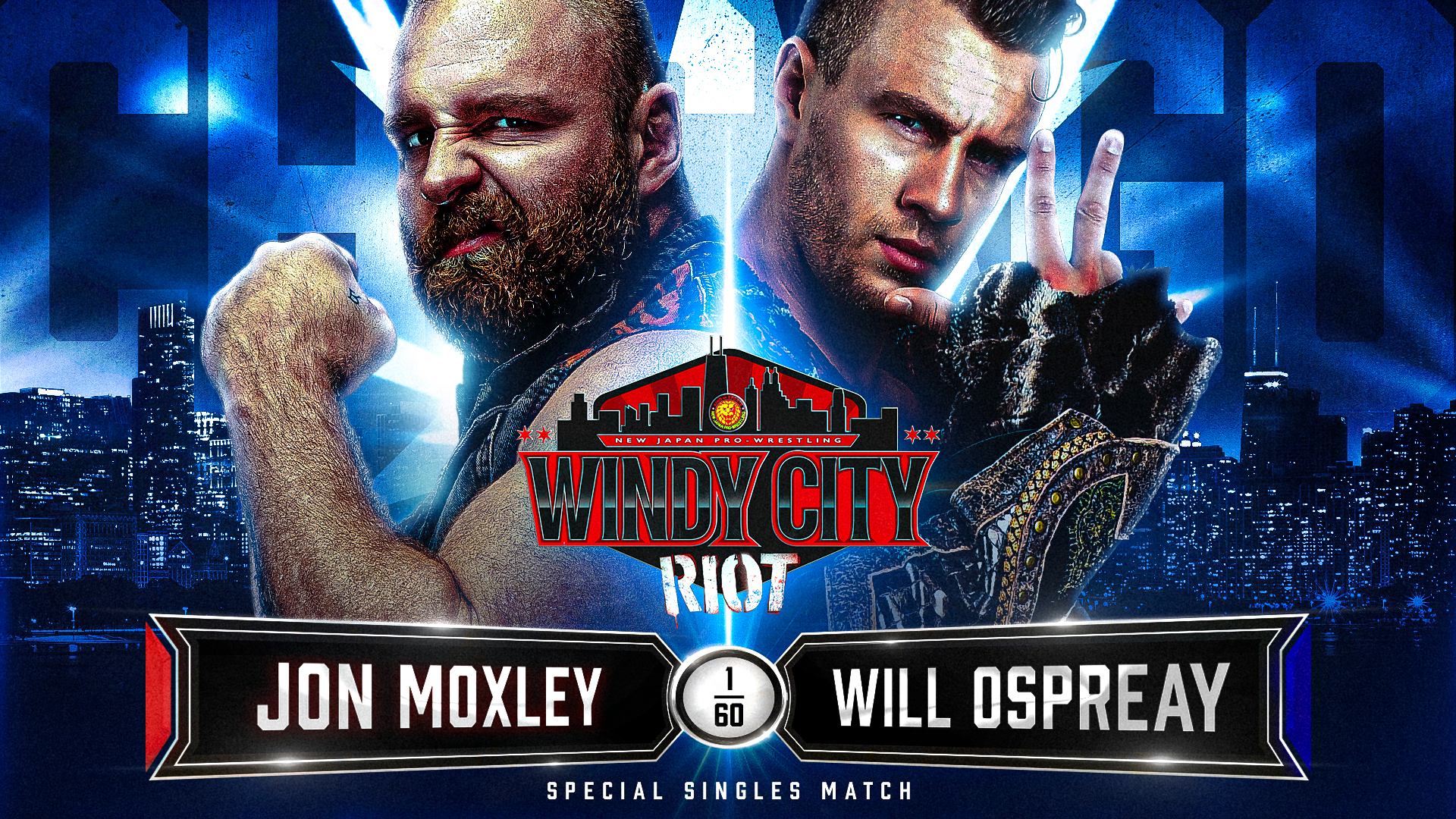 LIVE ONLY on FITE PAY PER VIEW

Ever since Jon Moxley announced that he would be apart of Windy City Riot on April 16, he has drawn the ire of one Will Ospreay. Ospreay was angered that when Mox talked about the best wrestlers in New Japan, he didn’t list the Commonwealth Kingpin’s name. After a series of scathing interview and backstage comments, Moxley did mention Ospreay’s name, in a very pointed message delivered across social media yesterday.

Now the match has been made official. Ospreay vs Moxley for the first time ever will happen on April 16 at Windy City Riot! Make sure you’re there for this momentous bout!