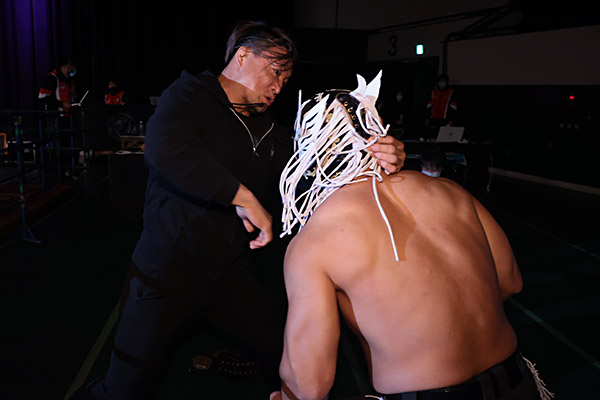 In second round New Japan Cup action in Aichi on March 12, one man who was not involved in the card was SHO. Already eliminated from the New Japan Cup, the Murder Machine did not accompany HOUSE OF TORTURE to ringside for their six man tag bout, and it seemed as if he had not made the trip to Nagoya. Yet after Los Ingobernables De Japon defeated the Suzuki-Gun team of El Desperado, TAKA Michinoku, Minoru Suzuki and Taichi, SHO appeared in a vicious post match assault. 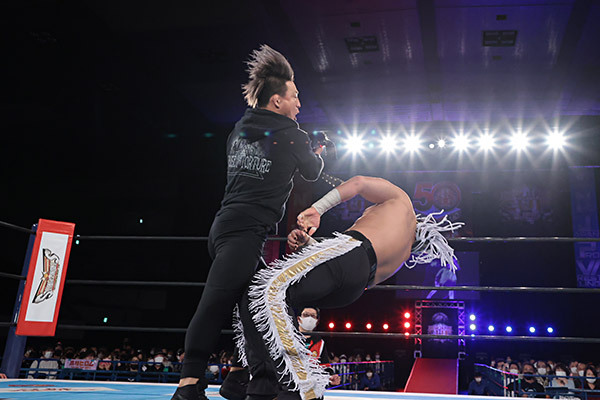 As Desperado headed to the back, SHO made his attack. Desperado would fire shots back at SHO, but with damage remaining from the match before, a belt shot from SHO laid out the masked man, and made a clear impression that the HOUSE OF TORTURE member wants a shot at the IWGP Junior Heavyweight Championship. It seems as if SHO is leaping to the head of a long list of contenders; more on this story as it develops. 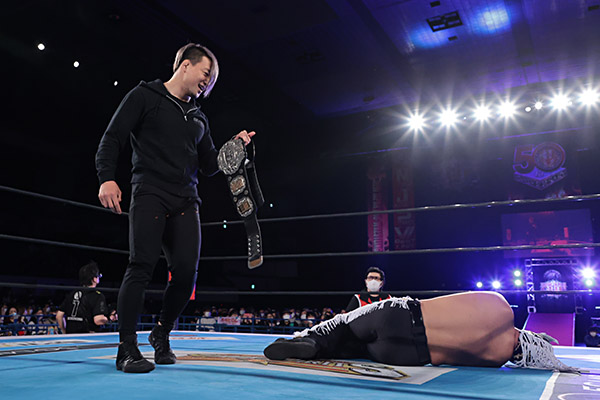