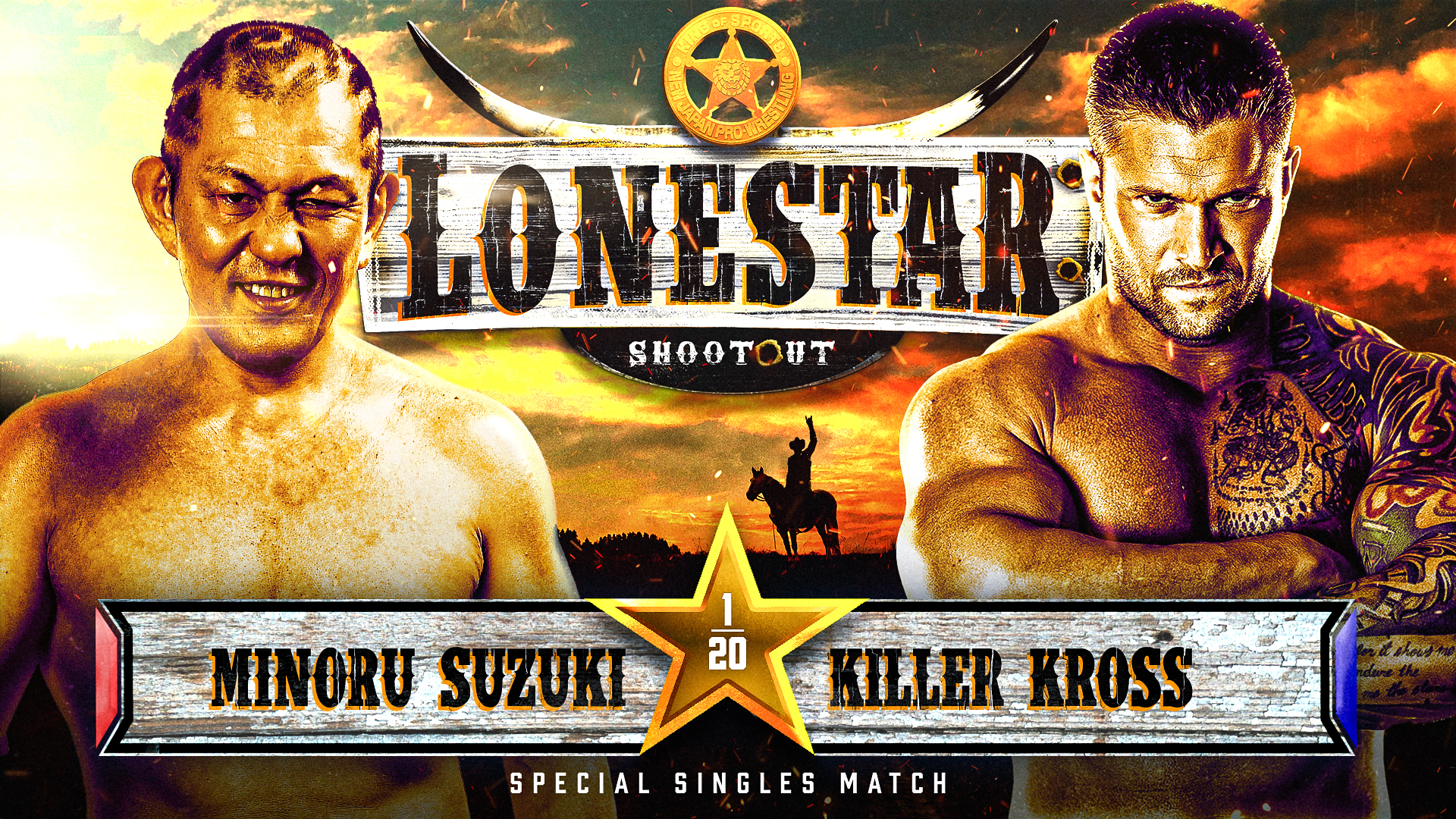 Watch Lonestar Shootout LIVE, exclusively on FITE! (also as part of the Wrestlecon bundle. NJPW World to follow at a later date)

With a reputation built in the battlegrounds of WWE, Killer Kross cuts an intimidating figure indeed, ensuring the two time NXT Champion got a lot of attention when he released a video to social media this week. His first opponent in social media will lose nothing in the intimidation stakes however, as Minoru Suzuki will face Kross for the first time one on one April 1!

The match joins Chris Dickinson vs Tomohiro Ishii, Mike Bailey vs Jay White, Rocky Romero vs Ren Narita and an all star eight man tag already announced for Dallas! Make sure you’re there April 1, or watching on FITE!