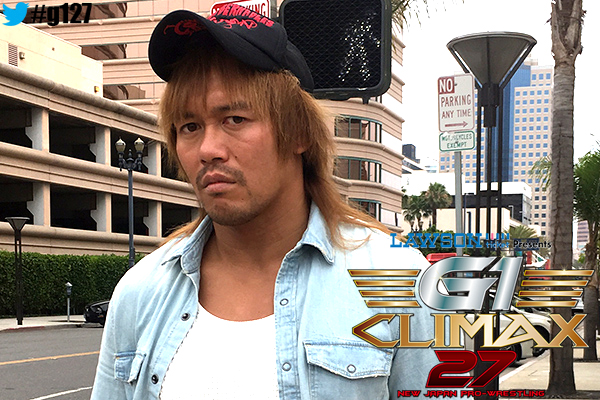 El Ingobernable seeks his second G1 Climax Victory! With G1 Climax 27 upon us, Tetsuya Naito gives his thoughts on this year’s field… Part1

— So, what are your thoughts on this year’s G1 lineup?

Naito ‘I’ve got to say, I’m a little bit disappointed. I was really looking forward to all of us in Los Ingobernables de Japon fighting one another, but we didn’t get put in the same group. I thought there was a good chance of it being two in one group and one in the other, but it’s a shame I’m the one on my own.’

— You wanted to take on EVIL and SANADA?

Naito ‘I was most excited for those matches. But the way the blocks worked out… it’s a shame.’

— So your motivation has taken a dive? 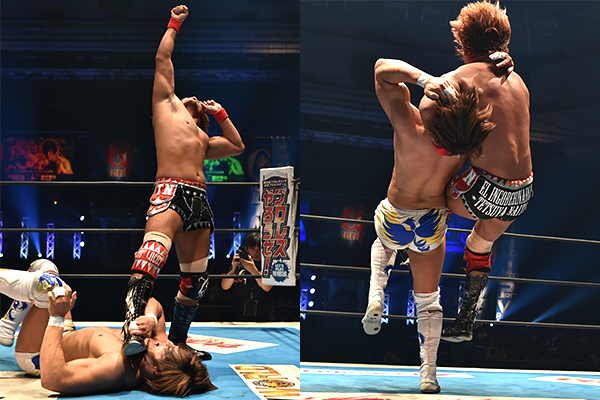 — You have quite a connection to Kota Ibushi, and he makes his return to the G1 this year.

Naito ‘I was backstage at Korakuen when they announced all the names for the G1, and you could hear the reaction from the crowd in the locker room. As soon as that name came out though, I had a few questions…’

— What kind of questions?

Naito ‘Like “is he really qualified to be in the G1?” I mean, the fans are excited. He’s a fantastic athlete. Everyone knows that. But what has he done in the last year? Is the G1 a tournament for part timers who have a few matches a year? When his name came up, my head was full of question marks.’

— There was that big reaction, but from your point of view that was a matter of course?

— Before, you had some thoughts to share about when Ibushi was contracted to New Japan and DDT at the same time, can you talk a bit about that?

Naito ‘Well, I had a lot of questions about him having a double contract. How are you a New Japan contracted guy if you’re not at most of the shows? What kind of deal does he actually have? That’s what I thought at the time. I never thought he really belonged, so when he quit, I really didn’t feel anything.’

Naito ‘It was more “well you should quit, you’re hardly here anyway”.’

— That aside, you do have a history with Ibushi, have you been keeping up with what he’s been doing?

Naito ‘I haven’t given a damn about him since he left. So, no, not really.’

— Ibushi said that you’ve surpassed him somewhat over the last few years.

Naito ‘Maybe I’m beyond his reach by now. A guy who only has a few matches a year can’t really hope to be on my level.’

— Well, he has said that while he has been away, he’s been able to do things nobody, including you, could do.

Naito ‘Oh, really? So, then. How many matches did he have in WWE?’

Naito ‘I mean, all together he had what, maybe ten matches? A little less than that? Do those ten matches there match up to the quality of 140 matches in New Japan? Don’t think so, somehow.’

— So how do you feel about him coming back now?

Naito ‘It depends what his plans are. I will say this- if he thinks he’s coming in for a few matches and then heading off again, we don’t need him here.’

Naito ‘New Japan isn’t a playground. It isn’t a place you come and go whenever you feel like it.’

— How does he match up to Kenny Omega?

Naito ‘I don’t really know who this Kota Ibushi is. I think back in the past Kota and Kenny were very much a unit, but now, especially after LA, you see what Kenny’s doing and think here’s a guy who’s really established himself on his own.’

Naito ‘Right. There are a lot of people excited to see an Omega v Ibushi match, but I think they’re setting themselves up for disappointment, because of how distinct Kenny has made himself now.’

— Is that a more important point than the number of matches you have?

Naito ‘I think so. And if having more matches negatively affects that, I don’t think New Japan are running that many shows right now. If you can be a top guy “over there” with ten matches a year, then maybe I should only do gen matches a year. Show something awesome once a month.’

— You’re pretty harsh toward Kota Ibushi, but those issues will be settled in the ring at the G1 opener in Sapporo.

Naito ‘There’s no better timing than the G1 opener for this match. That’s where we can show the difference between Mr. Ten Matches a Year and someone who actually works for more than 100 matches a year. There’s no lingering damage, no injuries, no excuses.’

— On the other hand though, Ibushi has always been known for his unpredictable nature. Are you worried about something unexpected coming up?

Naito ‘I’ll show that difference. And to be honest, of all my nine matches, the Ibushi match is the easiest in my book. It’s a warmup match.’ 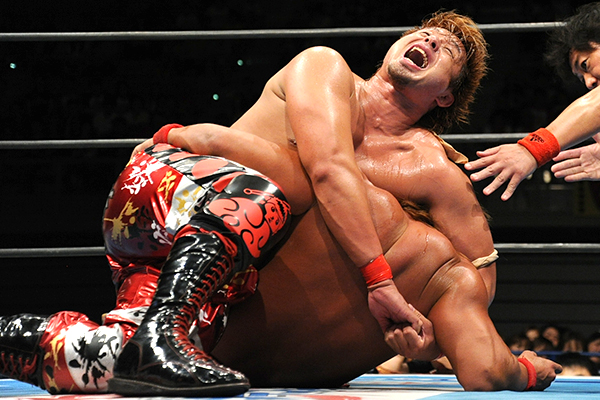 Naito ‘He’s a guy that slowly and steadily worked his way up. Now he’s in a position where he’s considered a regular, worthy entrant, not a surprise pick. I’m happy for him. He’s just too slow, is all.’

Naito ‘I’ve said it before, he’s been working up slowly and steadily. But he’s 35 now. He can’t take it easy, he needs to hurry up.’

— In Machida you face Bad Luck Fale. When did you last face off against him?

Naito ‘It would have been two years ago in the G1. Just after I joined Los Ingobernables. A match I won, by the way.’

— This year he was runner up in the New Japan Cup, and challenged for the IWGP Heavyweight Championship.

Naito ‘He’s a good wrestler. Big and powerful but surprisingly fast. But he’s another guy like YOSHI-HASHI. He keeps plugging away but will never be number one. Not even in his own stable, he’s stuck in Kenny Omega’s shadow. I’m not worried about him.’ 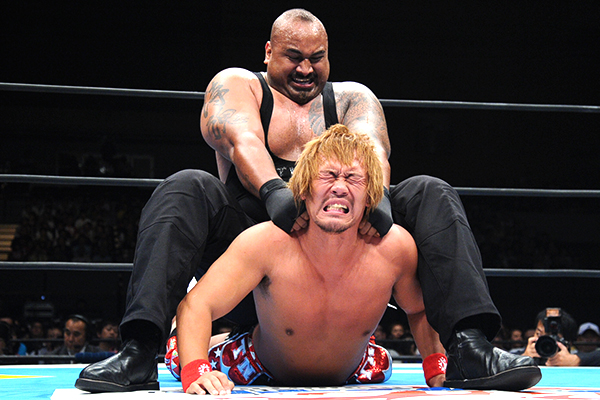 — How do you feel about wrestling a super heavyweight like Fale?

Naito ‘I used to really struggle with big opponents. But I’ve gotten better. I actually like wrestling big guys now.’

Naito ‘I started using Destino for a reason. It’s a move that can work equally well against super heavyweights.’ 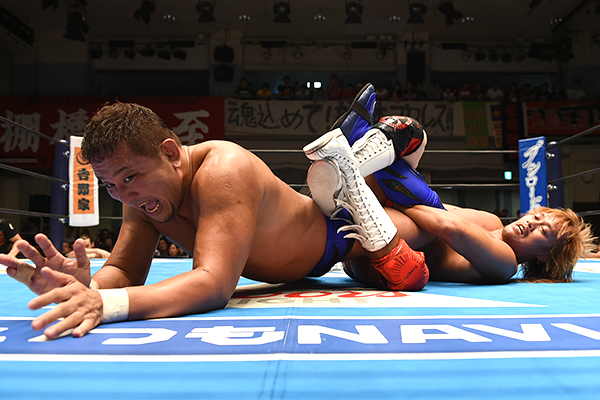 Naito ‘The question that popped in my head was that if you’re going into the G1 thinking “this is my last time” from the start, why bother? Why not quit before?’

— You’re questioning whether he should be there?

Naito ‘Well, he’s saying this is his last G1. So he’s saying that when he faces me it’ll probably be our last singles match. I’m saying to him, make sure that moment we have opposite one another gets burned in your memory.’ 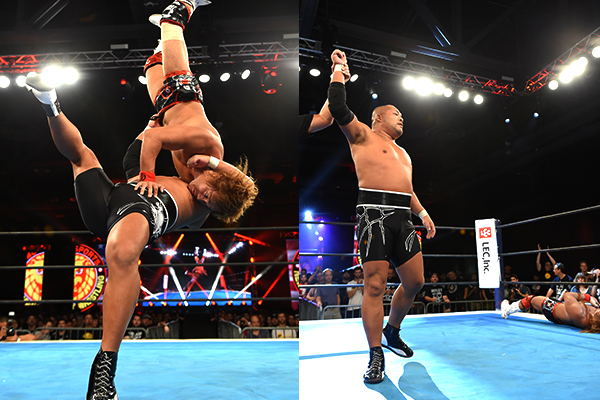 — Next, the man who beat you in the first round of the US title tournament, Tomohiro Ishii.

Naito ‘When they announced the G1 entrants, I really didn’t give Ishii a second thought. But then he beat me in LA. I plan on getting that win back.

—continued in Part2.  Check back soon