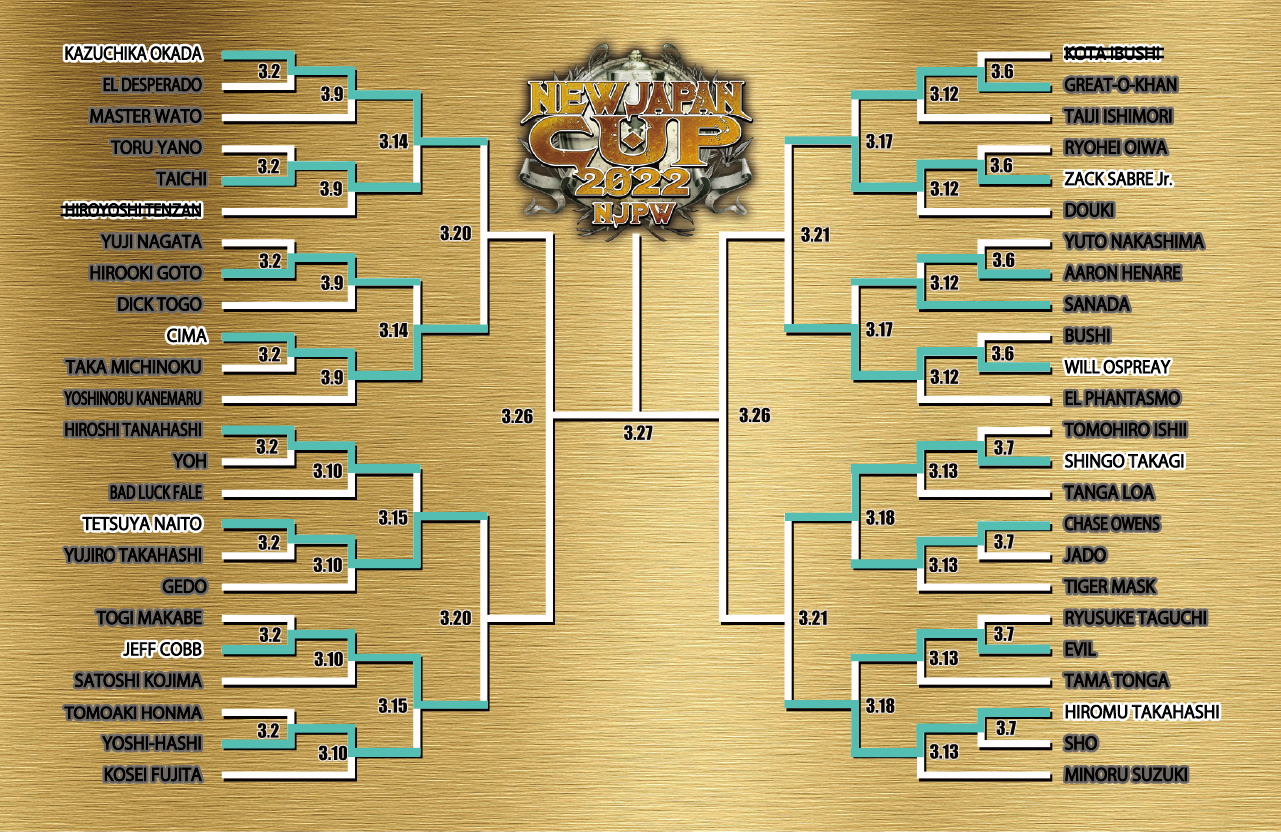 Our quarter finals lineup is now set for the New Japan Cup, as Nagaoka sees two nights of action Sunday and Monday. With the stakes high, four will advance to the last weekend of action next week in Osaka Jo Hall! 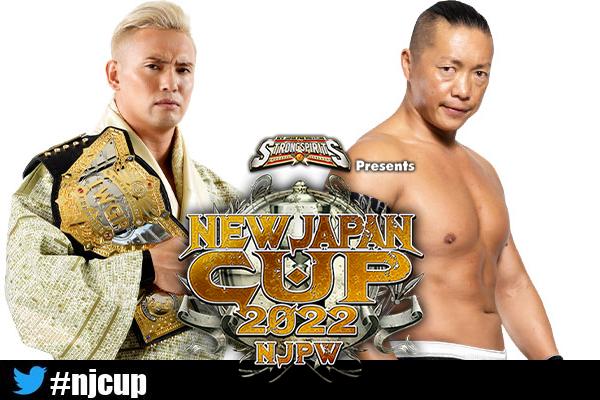 CIMA’s strong run in his first New Japan Cup is befitting of his #STRONGHEARTS representation, but there is inarguably no stronger challenge for the GLEAT wrestler than the IWGP World Heavyweight Champion.  This will be the first time that both men have shared a ring, but in a parallel universe it is more than possible the two could have been generational rivals; both got their start in the Toryumon Gym in Mexico under the tutelage of Ultimao Dragon, and while CIMA would continue in Toryumon Japan and through to Dragon Gate before splitting away from the promotion in 2018, Okada took a different and well-documented path to mega stardom.

With common roots, but very divergent paths, this will be a stylistically interesting bout, and a tough challenge for CIMA. Could the biggest upset of the tournament see #STRONGHEARTS represented in the final four? 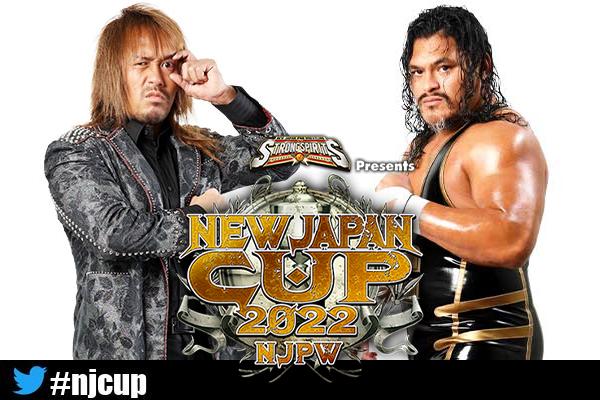 The first of the night’s quarter finals will see Jeff Cobb get a Wrestle Kingdom rematch against Tetsuya Naito. At the Tokyo Dome on January 5, Naito was able to withstand the power of the Imperial Unit after a dominant series of tag team matches for the United Empire in the leadup to the bout. Targeting the base of the powerful Cobb, Naito was not only able to negate his opponent’s strength on the way to victory, but also put Cobb on the shelf until the New Japan Cup kicked off this month.

Now, after YOSHI-HASHI adopted the exact same strategy to push Cobb hard in their third round matchup, there is little doubt that Naito will be bringing a Tokyo Dome strategy to Niigata Sunday. Yet El Ingobernable has his own bad wheel, punished by Hiroshi Tanahashi earlier this week. Time will tell whether Cobb can enact Wrestle Kingdom Revenge, or if Naito will earn a hat trick against powerful opposition. 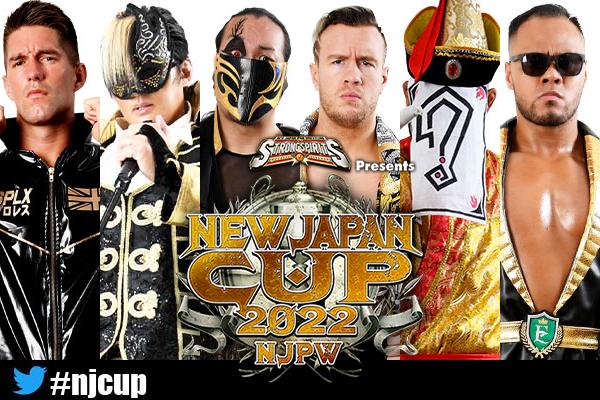 An exciting undercard is highlighted by a tag team preview of Monday’s clash between Zack Sabre Jr. and Will Ospreay, as well as Hiromu Takahashi and Shingo Takagi teamin gup before they meet in quarter final Monday as well. 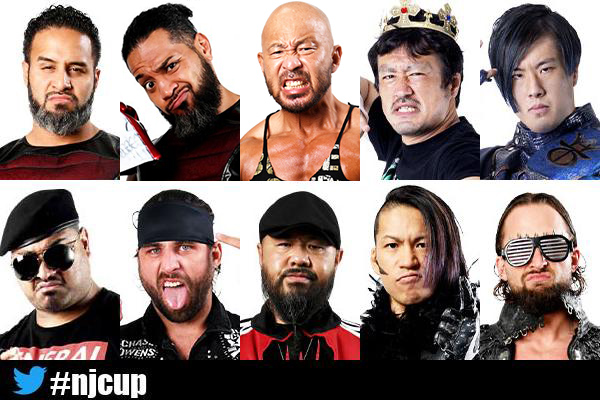 Plus, Friday night in Korakuen Hall, the Guerrillas of Destiny repaired a singificant broken bridge with hontai as Tama Tonga shook hands with Ryusuke Taguchi. Taguchi has a long history fighting against BULLET CLUB before the group was even an official entity, and Six or Nine’s acceptance of G.o.D has a significance far deeper than aligning with the enemy of Taguchi and Master Wato’s next potential IWGP junior tag challengers. 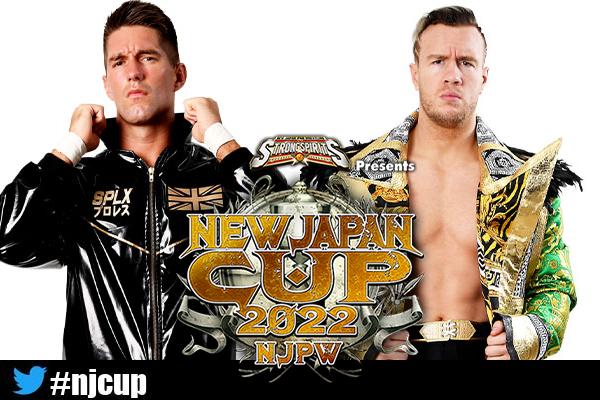 Will Ospreay and Zack Sabre Jr. continue a British made rivalry that has spanned the globe Monday as they do battle for the second year in succession in the new Japan Cup. Last year, not even a broken nose and bloody face was enough to stop Ospreay fighting his way past the submission master, and Ospreay has shown that in 2022, his killer instinct has only intensified. A violent end to his round three matchup with SANADA saw him win via referee stoppage after vicious 12-6 elbows to the back of the IWGP United States Champion’s head.

Yet Sabre is perfectly capable of keeping his head while all around are losing theirs. His own round three victory over the Great-O-Khan came when finding exactly the right position to submit the Great-O-Khan despite immense pressure from the Dominator on ZSJ’s knee. Ospreay knows full well that Sabre can submit him from any angle, but ZSJ knows from experience that a knockout blow can come at any moment in what could well become the best bout of the tournament. 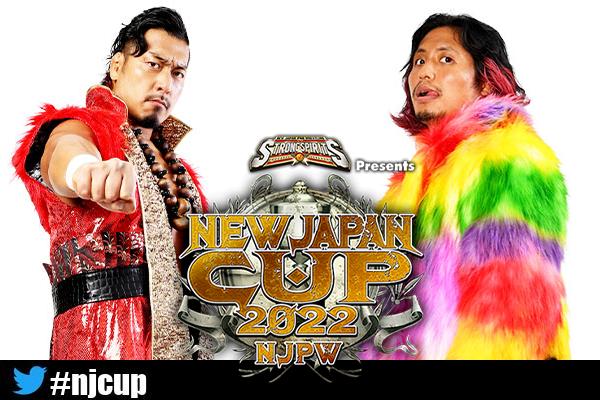 Monday’s semi main event will see a first time ever singles clash between Shingo Takagi and Hiromu Takahashi. Both men survived stiff punishment and stiff odds to make it to the quarter finals; Takagi withstanding tremendous damage to his neck incurred at the hands of Chase Owens, while Hiromu beat a stacked deck of EVIL and Dick Togo’s to make the elite eight.

When Hiromu sustained a serious neck injury in the summer of 2018, Shingo Takagi was invited into Los Ingobernables De Japon. Yet Shingo always wanted to make it clear that he wasn’t a replacement for the Time Bomb, and indeed by the time of Takahashi’s return, Shingo had already transitioned into the heavyweight ranks. Far from an uneasy entrance, Takahashi and Takagi would end up having a closer relationship than of any other members within LIJ, but in a group fuelled by competition, there is a burning desire for each man to show their superiority over the other.

Only one can take a step closer to their first New Japan Cup trophy; who makes it to the semifinals? 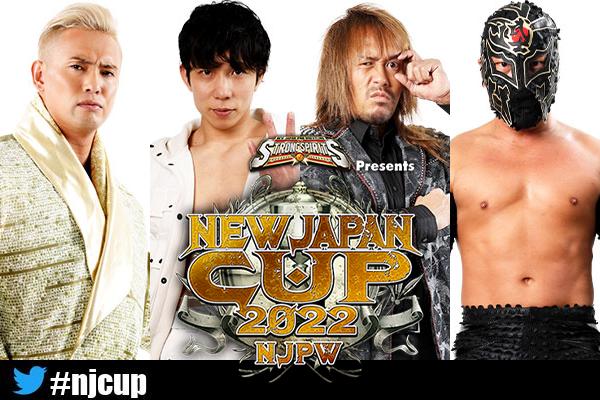 Under these two huge main events, a card is highlighted by a preview of our first semifinal, confirmed on March 20 in Nagaoka. With Kazuchika Okada and Tetsuya Naito set to face one another on Saturday March 26 in Osaka-Jo Hall, YOH and Okada will face Naito and BUSHI this Monday. This one and only preview tag before next Saturday’s semifinal, will it show a clear edge for either competitor?