After the final four were decided in Nagaoka this weekend, we now have our two semifinal matches, set for March 26 in Osaka-Jo Hall, on top of a card that sees the return of #STRONGHEARTS, and a landmark ten man tag team bout! 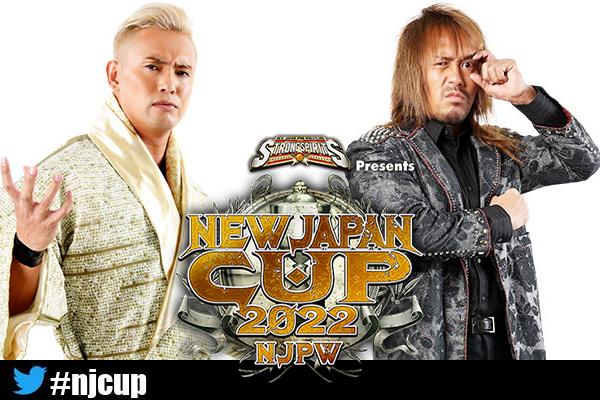 One month ago, Tetsuya Naito headed into his New Year’s Golden Series Sapporo main event challenge for the IWGP World Heavyweight Championship determined to take the title as his key to the marquee spot on January 4 2023 in the Tokyo Dome. After doing all it took to beat Kazuchika Okada except for beat Kazuchika Okada, Naito’s next best option was the New Japan Cup, and as fate would have it, he now gets his rematch, with a spot in the grand final at stake.

In February, Naito dig into his past to use moves and strategies that had brought him success against the Rainmaker. Both his assaults on the knees, and use of the Stardust Press were pages ripped out of the history between the two men, and evoked past Naito glories. Yet Naito’s Valentia would be countered by an Okada style Destino, and the full version of Naito’s signature move was by the champion. In the end it was a Rainmaker that sealed Naito’s fate, and had him going into this Cup with an eye back on the drawing board.

Naito has not used the Destino once in this tournament, instead winning with rollup pins throughout to reach the final four. Has this been out of necessity? Or a message to Okada, all with this semifinal in mind? For the Rainmaker’s part, after a cup campaign that has seen him face junior heavyweights in Master Wato and El Desperado, a hard hitting and rare singles match with Taichi and a first time ever encounter with CIMA, this is the most known quantity of his run thus far. Will that bring a false sense of security, or an even tougher form from the champion? We find out in our main event. 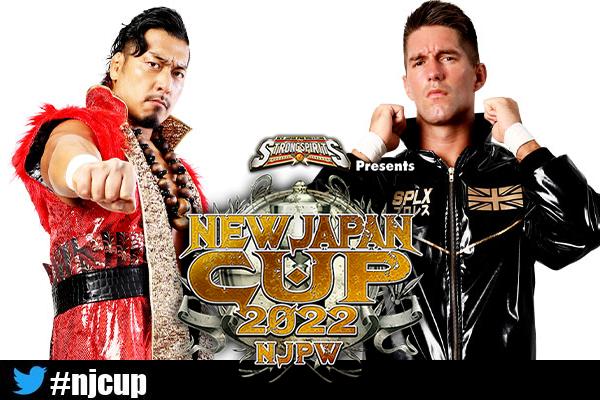 A career 2-1 record between Shingo Takagi and Zack Sabre Jr. is the scoreline. With 12 years separating the first two meetings between our semifinalists in WxW’s 16 Carat and then G1 Climax 31 though, it’s safer to count this as a rubber match for the two athletes as they stand today. At the G1 in Ota, and then in November’s Powewr Struggle at EDION Arena in Osaka, ZSJ and Shingo pressed one another to the very limits in a pair of classics. Takagi submitted to the Briton in September of 2021 before gettng a pinfall victory to retain the IWGP World Heavyweight Championship in November.

That’s been the path of both men through the tournament, as Pumping Bomber and Last of the Dragon has seen Takagi through to the semifinals, while Sabre has used his typical array of submissions, from a Cremation Lily to polish off Young Lion Ryohei Oiwa to the Selected Technical Works Vol.2 that gave a (disputed) submission win to put Sabre through to Saturday’s showdown.

Will Shingo be able to brute force his way into the finals? Damage done to the Dragon may suggest otherwise. After an assault and Package Piledriver onto a chair from Chase Owens earlier in the tour, Shingo carried neck damage into his narrow victory over the Crown Jewel in Korakuen Hall, and into his match with Hiromu Takahashi in Nagaoka. There is no doubt ZSJ will exploit Takagi’s weakness tonight, but will Shingo have the will to make the final? 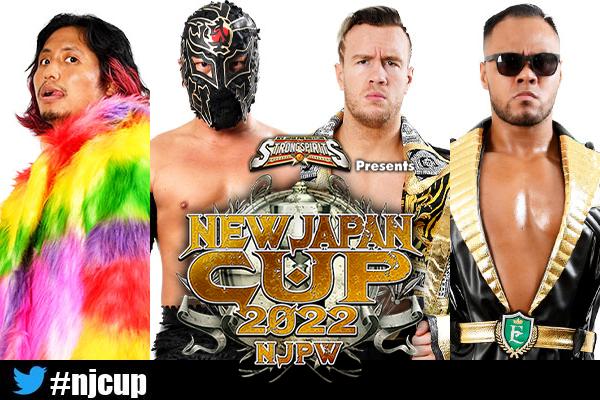 Eliminated from quarter final contention, Hiromu Takahashi and Will Ospreay face off in tag team competition in Osaka Jo. Hiromu has long talked of wanting to seize the IWGP Junior Heavyweight Tag Team Championships with BUSHI, a title that has eluded the LIJ duo; an upset win over heavyweight opposition tonight would go a long way to cement their case. Yet Henare and Ospreay will be wrestling with bad moods and chips on shoulders that are even more pronounced than usual. Ospreay vehemently denies that he submitted to Zack Sabre Jr. Monday night in Nagaoka, but is nonetheless out of the cup, and now driven to destruction on the road to his hotly anticipated match with Jon Moxley in Chicago at Windy City Riot. 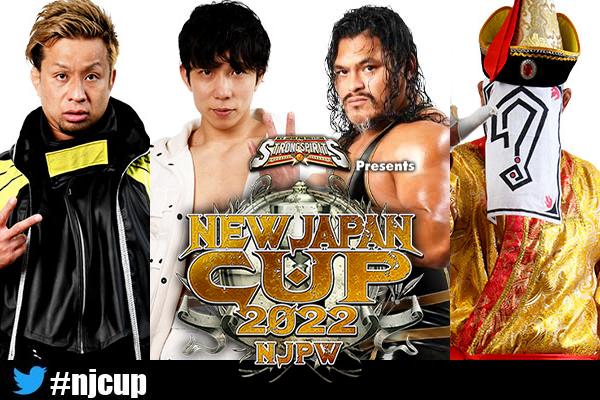 More tag team action will see Jeff Cobb and Great-O-Khan face CHAOS’ YOSHI-HASHI and YOH. With New Japan Cup singles glory out of the picture after eliminations at the hands of Zack Sabre Jr and Tetsuya Naito, Great-O-Khan and Jeff Cobb may well be thinking of changing focus to tag team conquest. Being opposite one half of the IWGP Tag Team Champions tonight would be a good chance for the two to begin that quest. Yet, with newfound confidence after an impressive 5 Sar Clutch win over the weekend, YOH will be a very capable partner for the Headhunter as Hirooki Goto is occupied elsewhere. 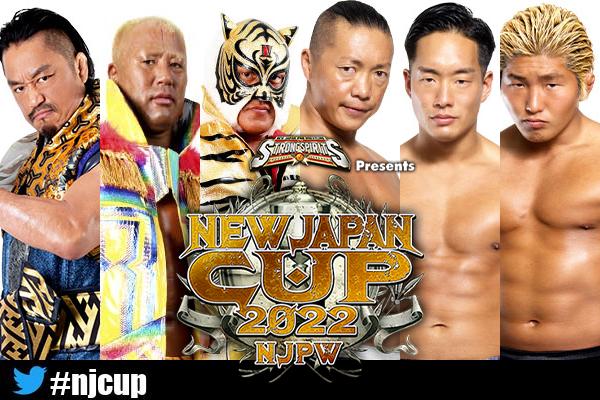 #STRONGHEARTS are back in NJPW action in the fourth match of the evening, as El Lindaman and T-Hawk reunite with CIMA to face Tiger Mask, Tomoaki Honma and Hirooki Goto. CIMA’s exit from the New Japan Cup at the hands of Kazuchika Okada is clearly not the end of #STRONGHEARTS’ presence in New Japan. What plans do the group have for Osaka-Jo Hall and beyond?

Meanwhile, after CIMA and Goto’s third round battle became one of the highlights of the entire tournament, the two are sure to pick up right where they left off tonight. What might transpire in this chaotic six man bout? 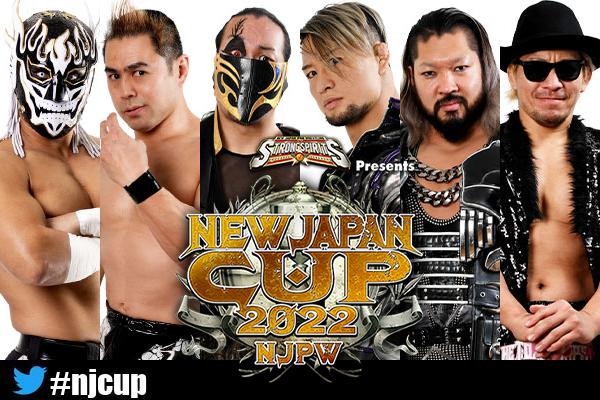 NEVER Openweight Six Man Tag Team Champions SHO, EVIL and Yuijiro Takahashi are in non-title action against Suzuki-Gun in Osaka-Jo. SHO is certainly aiming to be in title action with El Desperado, after weeks now of post match attacks and belt shots. With a championship match still not on the cards at time of writing, this might be the night that Desperado’s hand is forced- or might the NEVER 6 Man titles be a sweetener to that deal? 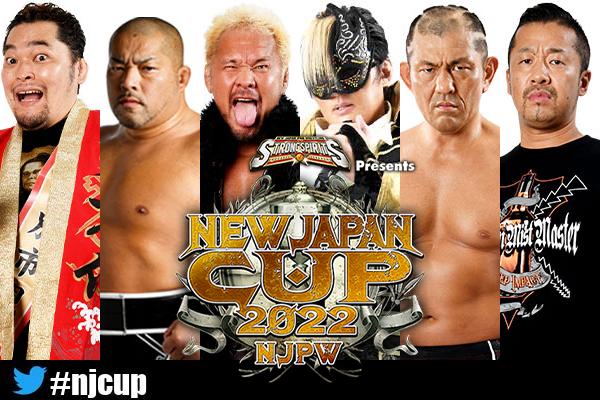 A six man tag team match with a pair of personal issues in our second match of the evening. Toru Yano has twice tried to bait Taichi into a sumo contest on recent cards, and while Taichi has resolutely refused to ‘disgrace the sanctity of sumo’ with Yano, least of all for the KOPW 2022 trophy, but his buttons certainly seem to have been pushed. Meanwhile Tomohiro Ishii and Minoru Suzuki don’t so much push one another’s buttons as mash them with their fists. Yet more fireworks are sure to fly between these two bitter enemies in Osaka. 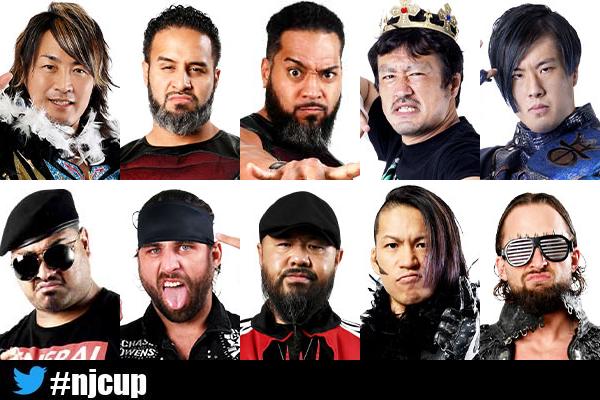 After the formation of BULLET CLUB in 2013 over the broken body of Hiroshi Tanahashi, it seemed as if a bridge was burned between the Ace and Tama Tonga that would never be repaired. Yet in Nagaoka, Hiroshi Tanahashi would come to the aid of the Guerrillas of Destiny, who are now no longer a force of three men cut off from their club and with no backing behind them. Whether Tama Tonga, Tanga Loa and Jado have a seat at the Hontai table remains to be seen, but they do have impressive backup behind them tonight against formidable BULLET CLUB opposition.