NJPW debuts in US capital May 14 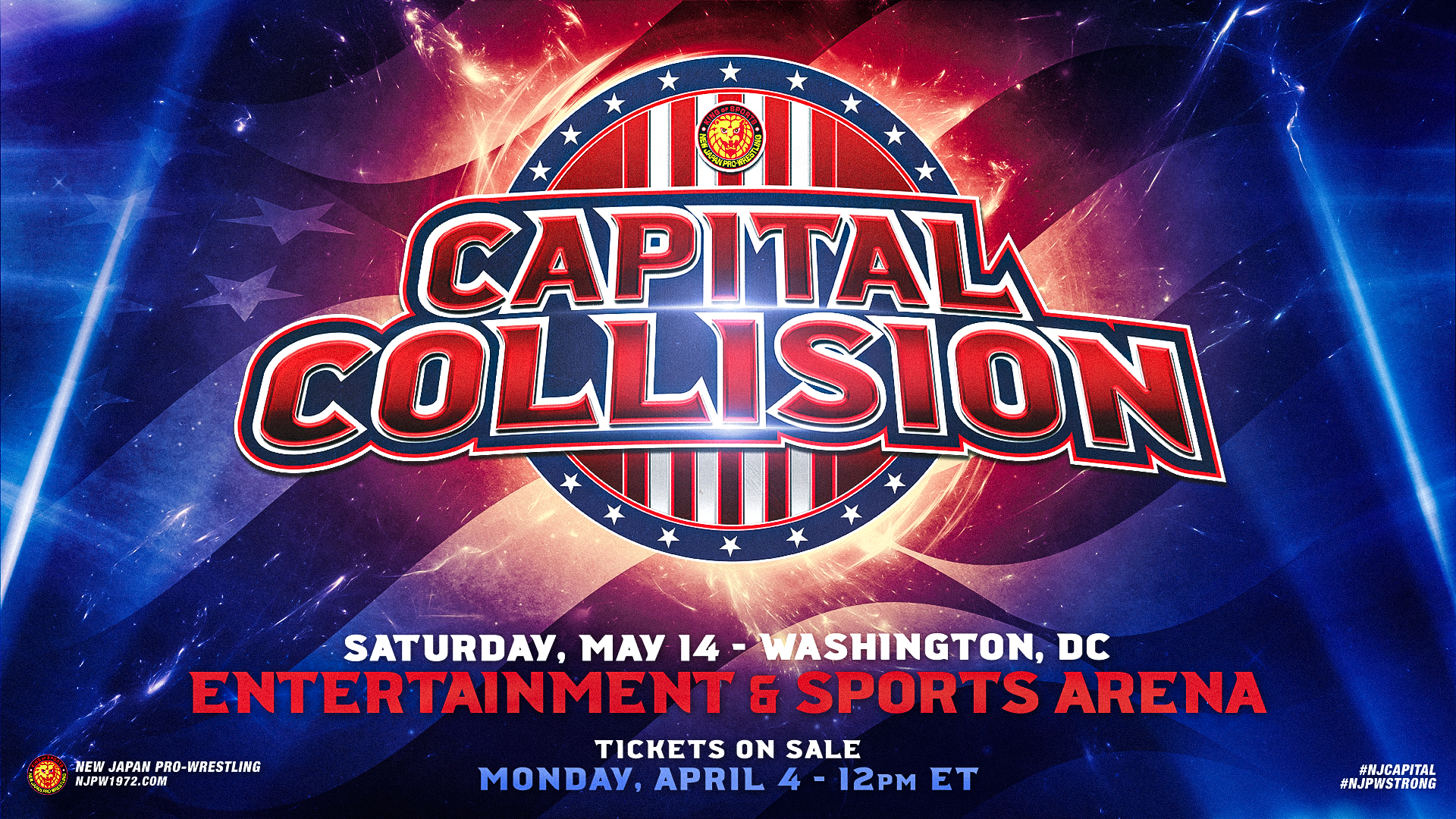 Less than one month after Windy City Riot hits a sold out Odeum Expo Center in Chicago, another major US event sees another major debut. The Entertainment and Sports Arena in Washington DC will see Capital Collision on May 14!

Major worldwide names will be in DC, with Kazuchika Okada, Hiroshi Tanahashi, Minoru Suzuki and Tomohiro Ishii competing back in the US, Jon Moxley back in action, and the United Empire also represented by Jeff Cobb and Will Ospreay. Many more names are to be announced for what will be an unmissable night in Washington! Tickets are available on MONDAY, APRIL 4 for this incredible event!