–Last time we talked about you defending the IWGP Heavyweight Championship against Tetsuya Naito October 2011 in Ryogoku. That was defence number eight for you as you closed in on Yuji Nagata’s then record of V10. Nagata came out to challenge you after your match with Naito, but Toru Yano interrupted with a steel chair.

Tanahashi: And then he took the belt! It was really unheard of to have the championship go missing like that. In the end, myself, the company and the IWGP committee had to all work to get the title back. It was certainly a way for him to get his shot against me; I was trying to take it back during the preview matches, but he was able to play keep away pretty effectively (laughs).

–In the end you two wrestled November 12 in Osaka. Yano was the challenger, but entered like a champion with the belt in his clutches.

Tanahashi: I really got a sense through this match that with Yano, anything goes. It isn’t a case of straightforward hierarchy when it comes to Yano, he’s always off to one thing on the side, almost playing by his own rules, heh. Even today, he’ll have a completely different match to anything else on the card. 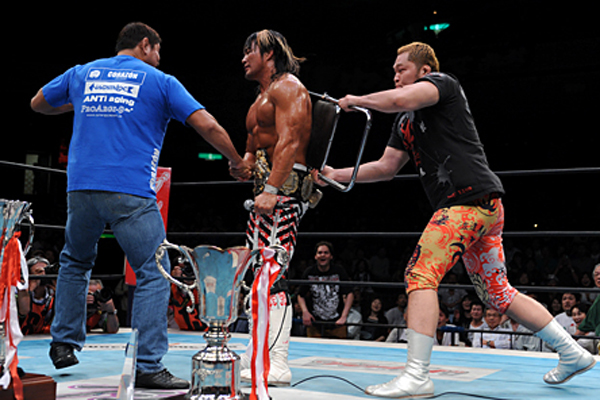 –He’s certainly carved out a large niche. But he has a strong amateur background, and apparently he’s the strongest arm wrestler on the roster as well.

Tanahashi: It all goes into him being such a difficult opponent. He’s certainly someone you want on your side. I really felt that teaming with him in World Tag League (in 2021). This was a bit of a different Yano ten years plus ago though. He was much more of a heel wrestler’s heel wrestler. It was a very direct, classical babyface and heel scenario. Yano looked a lot scarier then, too.

–With the dyed hair and eyebrows.

Tanahashi: And over the years, we started seeing more heel factions, but when he saw BULLET CLUB, Suzuki-Gun and United Empire all coming, he was able to adapt and thrive through it all.

–Before the Yano match, you entered the G1 Tag League in October and November, teaming with Hirooki Goto. It’s interesting; between Goto, Shinsuke Nakamura and Yoshitatsu, you’ve been partners with a number of third generation members.

Tanahashi: And I’ve tagged with Ryusuke Taguchi a fair bit as well. The only guy from that intake I never teamed with was Hiroshi Nagao.

–You’ve also had success teaming with seniors like Yuji Nagata and Yutaka Yoshie. Over the years, did you prefer to team with people more senior, or junior than you?

Tanahashi: Hmm, I’ve never felt much of a difference. Really, no matter the partner, my thoughts are always just on how to get the match over and then win, so that’s probably why I’ve never been much of a tag guy, heh. I’ve always been so singles focused that I never had the energy and the TLC that tagging needs. In the end, to all the partners, it’s not you guys, it’s me… 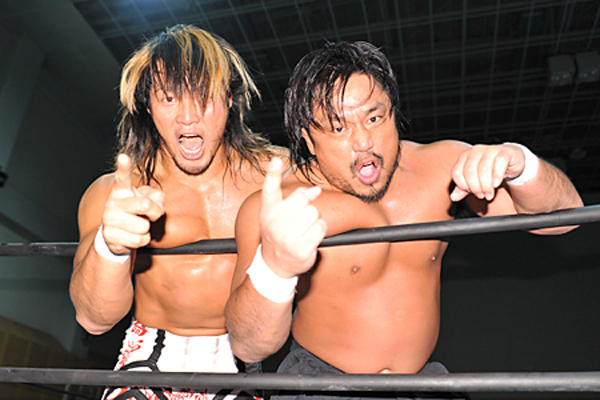 –A key match in this tournament was you and Goto against Nakamura and Yano. Yano came out with the IWGP Heavyweight Championship supposedly in a briefcase. You took the case, but inside was the U-30 title…

Tanahashi: I remember that, now that you mention it! (laughs) In hindsight, I think I could have sold that better, heh. Yano really took advantage of that room to be creative in the ring, and we all saw how smart he could be.

–When you finally had that title match, you hit the ring in face paint.

Tanahashi: The trip I had to Mexico had some influence on that, but it was supposed to be this thing of showing my fury at Yano. I didn’t really build to that though, so I don’t think it really registered with the fans. Plus I was wearing the dark tights I’d used in Mexico rather than the white, so colour scheme wise it didn’t really work either. 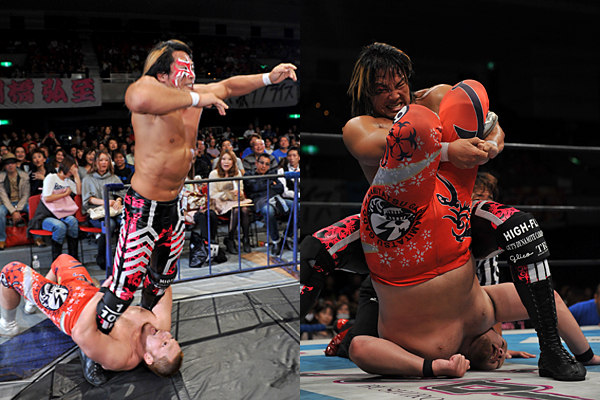 –Not quite to plan then. This was Yano’s first IWGP challenge.

Tanahashi: Yano was my immediate junior in the Dojo, so we both stayed in the Dojo together for a time. That meant there was that sense of rivalry there. When we sparred he would always be insanely tough, and his ground game was far better than mine. We talked about him as an arm wrestler; he just has this natural power. His grip, his clutches are super strong. That’s an all-Japanese amateur for you.

–He is an elite level athlete.

Tanahashi: Hmm. I never have beaten Yano at arm wrestling. We actually had an arm wrestling tournament in the Dojo once, and I lost to Yano right away in the first round. It came down to Yano and Blue Wolf, a really close one but Yano lost.

–Ah, so there’s someone even tougher than Yano!

Tanahashi: A strong family, his younger brother got to yokozuna level in sumo. He actually went home to Mongolia and became a very successful businessman. He still comes over to Japan from time to time for work, Kenzo Suzuki mentioned he’d seen him recently.

–To get back to the Yano match, this was the first time you ever won with the Texas Cloverleaf.

Tanahashi: That was part of the message in that match, I wanted Yano to have to submit. In the end this was the first and last IWGP challenge for Yano, right?

–Never say never, but it seems so, yes. He adapted into a very different role.

Tanahashi: Sometimes I would kind of like to see Yano a little more hungry in that regard. He’s had his own thing with KOPW, but we’re all in this business with an eye on that hierarchy when it comes to the top belt. He’s still very capable indeed, and if he shows that fire, he could really impress people.