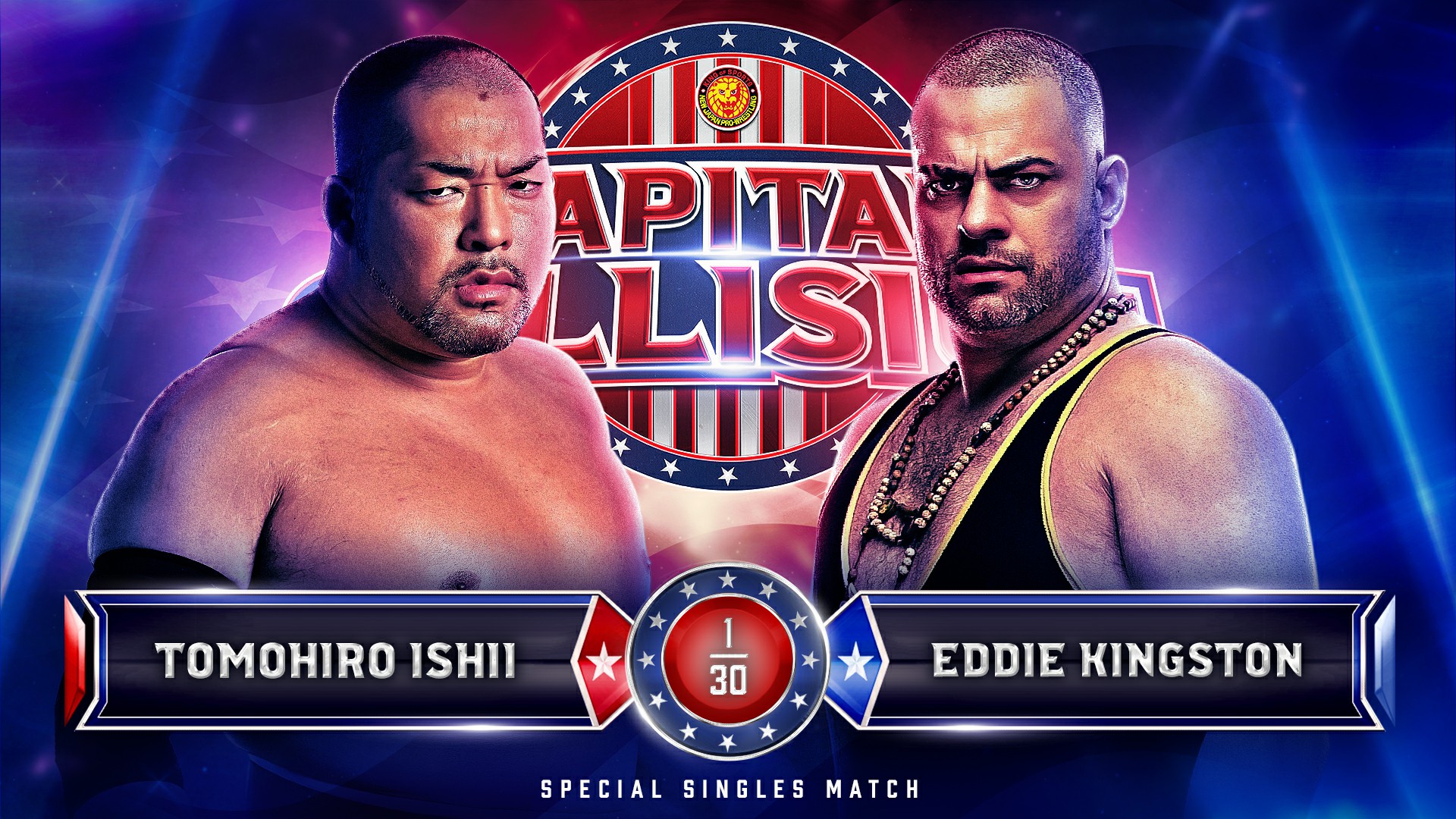 Capital Collision on May 14 in Washington D.C. has its first match officially signed, as AEW’s Eddie Kingston will be taking on the Stone Pitbull Tomohiro Ishii. After Ishii emerged victorious from a war with Minoru Suzuki in Chicago at Windy City Riot, he was confronted by Kingston. The US veteran praised Ishii for his fighting spirit and grounding in Strong Style, but the Mad King had reverence for the competing King’s Road philosophy of professional wrestling, one which he wanted to bring to the ring in this first time ever battle. It’ll be the heavy offence of Ishii facing the incredible ability of Kingston to fire back in the face of punishment, and deal ever bigger shots. Who will land the finishing blow in DC May 14? Get your tickets now and find out in person!