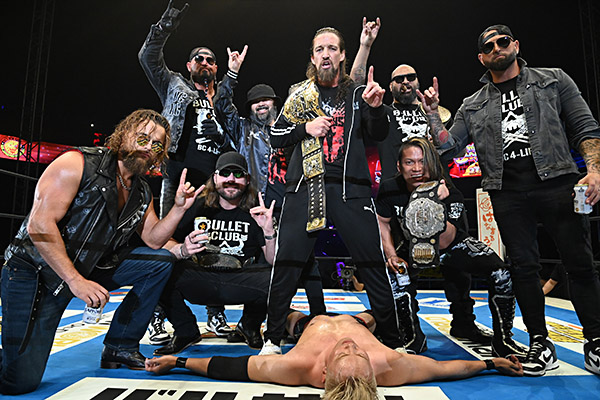 Watch the Dontaku replay in English on NJPW World!

May 1’s Dontaku event in the PayPay Dome saw BULLET CLUB dominate in the headlines, and not just on the back of two championship wins in Fukuoka. 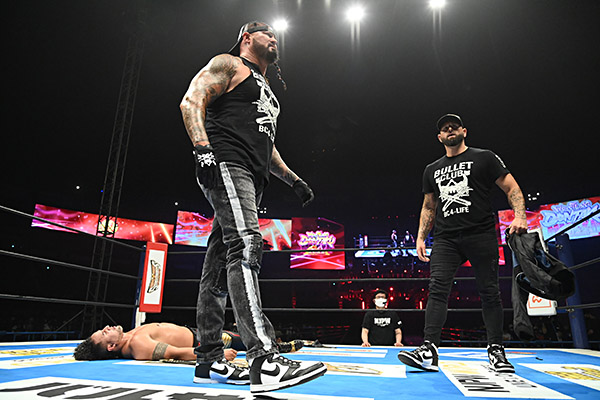 Taiji Ishimori would leave as the new IWGP Junior Heavyweight Champion after a Bone Lock submission win. That was on the back of Bad Luck Fale and Chase Owens becoming the new IWGP Tag Team Champions as they scored a Rocket Launcher Elbow Drop to defeat Hirooki Goto of Bishamon. Yet while Tama Tonga would see to it BULLET CLUB were not three for three in title matches, EVIL’s defeat was followed by swift retribution.
Doc Gallows and Karl Anderson, who fans in Japan haven’t seen in over six years, would hit the ring to attack Tama. As Jado got in the ring to try and break things up, he would taste a Magic Killer, before Tanga Loa got in the ring only to taste a Gallows Choke Bomb. 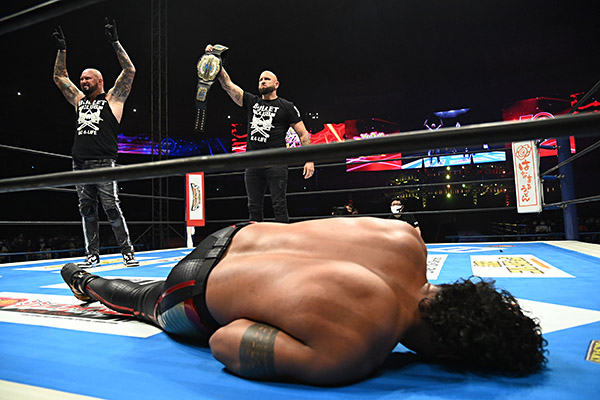 As Tama found his feet, Anderson found the NEVER Championship belt, and landed a Gunstun square on the gold to deliver a very clear message to the new champion. 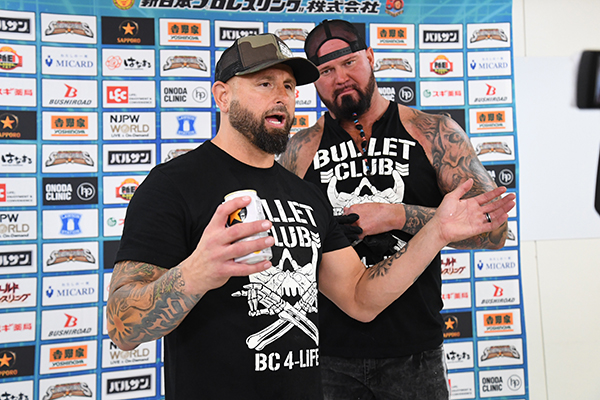 Backstage Anderson made his challenge vocal. ‘You don’t understand the Good Brothers’ determination,’ the Machine Gun explained. ‘We’ve proven we’re the best tag team in the world, in WWE, AEW, IMPACT, NJPW, everywhere. Now I want the NEVER Openweight Championship. Not only am I on the best tag team, I’m probably the best singles wrestler in the world’. 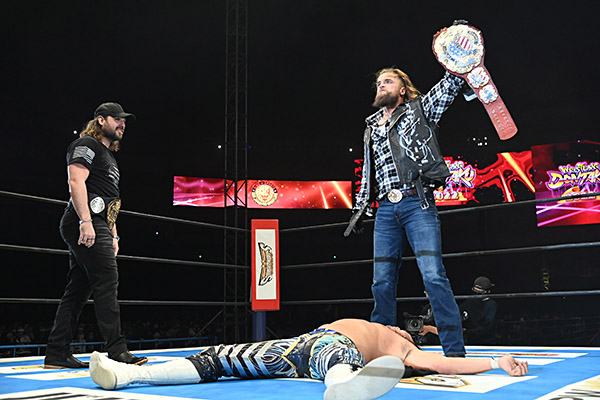 Another BULLET CLUB member would make a challenge to a newly crowned champion after the semi main event, but the surprise was who that new member was. Tanahashi would be confronted by Chase Owens after a war with Tomohiro Ishii, but the Crown Jewel would remind the Ace that while he beat Tanahashi during the G1, the new tag champion didn’t care about the US belt. 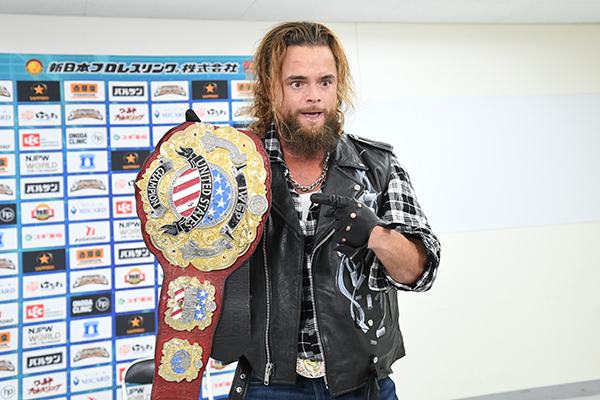 That was the cue for a masked individual to attack Tanahashi, soon revealing himself as Juice Robinson. Laying the Ace out with a new maneuver, Juice took the US title to the back before delivering scathing comments backstage: ‘Did you think I would be satisfied to always waiting for David Finlay to tag me? No more! This is my time now! If you’re shocked right now, you haven’t seen anything yet.’ 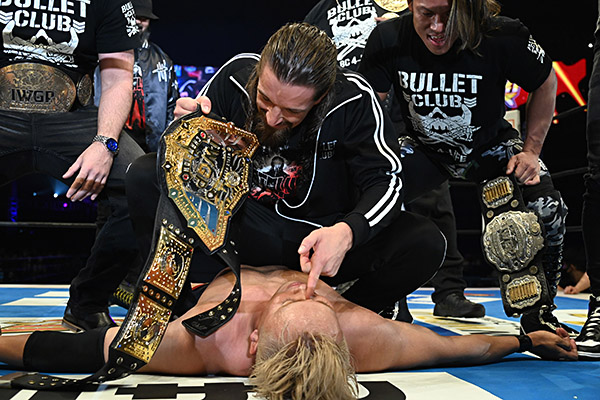 As shocking as these events were, the catalyst to these chemical reactions would wait until after the main event to make his presence felt. After Kazuchika Okada had a spectacular celebration to send the fans in Fukuoka home happy, Jay White’s music played and the Switchblade entered the ring. Knowing what Jay White wanted, Okada slapped away the BULLET CLUB leader’s mic, and instead held up the title belt. White admitted that was what he was there for, but landed a Bladerunner to the champion before taking to the microphone.

‘Did you forget me?’ White barked at Okada before reminding the Fukuoka Dome of his numerous credentials. As Karl Anderson and the rest of BULLET CLUB joined the ring, the Rainmaker’s next challenger had been made painfully clear, with another Bladerunner the exclamation point on a BULLET CLUB anniversary that will be talked about for a long time to come.
NEXT：Shiro Koshinaka LI...