B Block action gets underway

May 17 sees night two of Best of the Super Jr. 29 as B Block takes to the ring for the first time in the three week campaign. 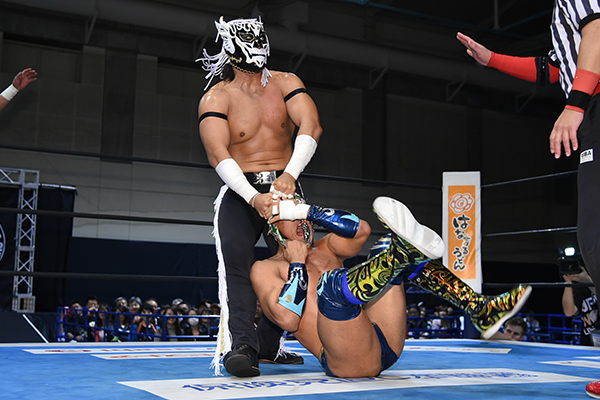 A first time singles meeting of two masked masters is your main event tonight in Yamagata. Despite several meetings over the years, Titan and Desperado have never faced one another one on one, adding extra significance to this B Block opener. Titan has several tag team victories over Desperado in Suzuki-Gun combinations, most recent being a win for Titan and Volador Jr. over Desperado and Yoshinobu Kanemaru during the 2019 Super Jr. Tag League. While both are recovering from recent high profile losses over the CMLL Universal and IWGP Junior Heavyweight Championships respectively, both are at their hungriest to start BOSJ with a bang. Who gets the win in our main event? 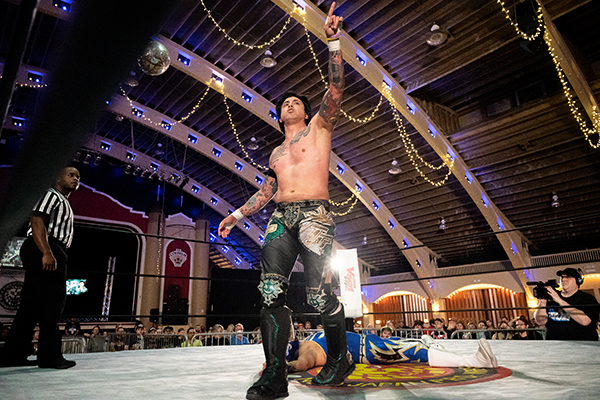 TJP will start his BOSJ campaign with Master Wato. Fresh off a second defence of the IWGP Junior Heavyweight Tag Team Championships at Dontaku, Wato will have extra confidence heading into the tournament, but with a target on his back to suit. TJP will be looking to create further title opportunities for himself and the United Empire from day one, and will be doubly motivated to pick up his first two points tonight. 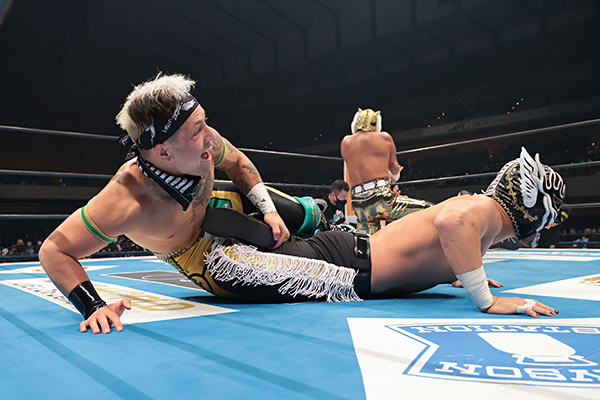 Another first time matchup sees Robbie Eagles take on Wheeler Yuta. Yuta’s grappling expertise, added to the hard nosed attitude granted by his training in the Blackpool Combat Club, will match up very well with Eagles’ combination of aerial ability and submission punishment. Like every champion in this tournament, Yuta’s position as ROH Pure title holder will give added pressure to every encounter, and with Yuta and Eagles sharing common tangents in CHAOS, this bout is definitely one to watch. 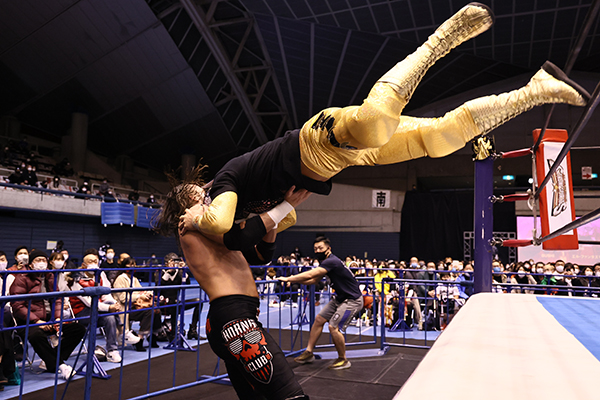 The only match on the tournament card this evening that isn’t a first time meeting, BUSHI faces El Phantasmo in what will be a key outing for both men. Sitting at one win apiece after both their prior tournament meetings, it’s crucial for both to score a win not just to dictate the pace in their campaigns, but their superiority over the other. It could be argued that up until this spring, El Phantasmo was his own biggest enemy, wrestling in last year’s tournament with a fixation on the offence of prior BULLET CLUB members at the expense of relying on his own preternatural ability.

In the early part of 2022, losing the loaded metal that had been the secret to the Sudden Death superkick for so long made Phantasmo doubt that ability, but with his performance, albeit in a losing effort against Will Ospreay in the New Japan Cup, added to the increasing solidarity and strength within BULLET CLUB, the Headbanga seems to be on track. We’ll see if that’s the case against LIJ’s masked master tonight. 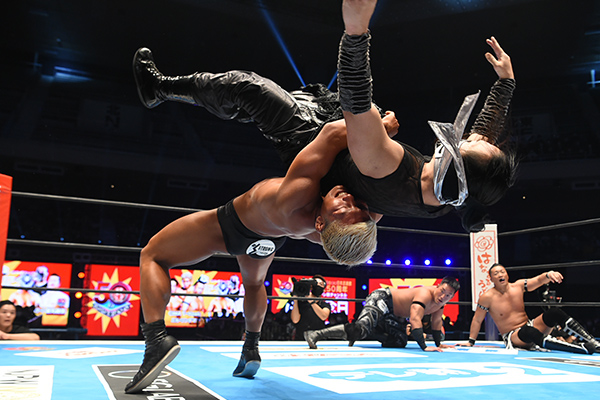 It’s one thing to be a champion in Best of the Super Jr., but quite another to be a fighting champion through the tournament. El Lindaman takes his first BOSJ match against DOUKI just 24 hours before he’s set to defend the G-REX Championship in a GLEAT event in Korakuen Hall. It’s a demanding schedule indeed, and one that could work to DOUKI’s favour. For all the hype that surrounds Lindaman and the rest of #STRONGHEARTS, Japones Del Mal could take advantage of a distracted champion to score his first two points; and should the champ end up retaining in his title bout, he could create opportunities for himself both within and outside of NJPW. 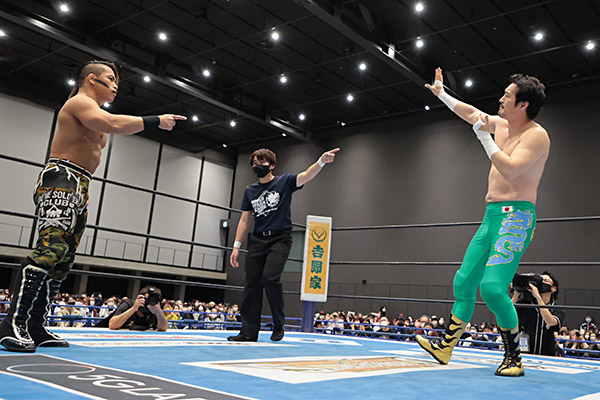 The unlikely side of Alex Zayne, Ryusuke Taguchi and Jado form opposition to a BULLET CLUB trio, one day before Zayne faces SHO and Taguchi takes on Taiji Ishimori in Sendai. With a long history between the Coach and the IWGP Junior Heavyweight Champion, head games are bound to be just as prevalent as the physicality in this third bout. 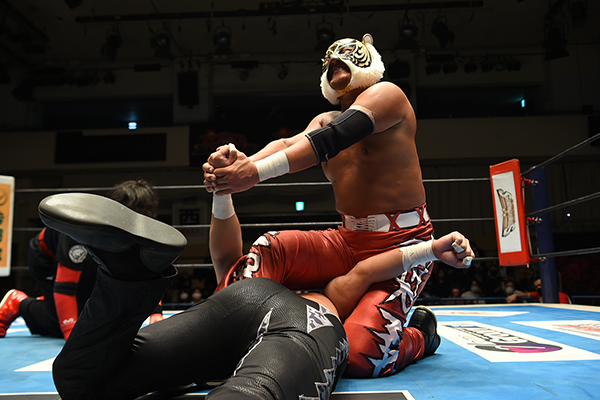 Ace Austin is certainly not afraid to don the black cap, but will be getting a preview bout with the Heel Master tonight ahead of Wednesday in Sendai. How will the self proclaimed ‘X Division legend’ gel with the genuinely legendary Tiger Mask?

While the younger Clark Connors clashed violently with Noge Dojo Young Lions in his last stints in Japan in 2019, tonight’s event starts with the Wild Rhino leading prospects Oiwa and Fujita to the ring. Under Connors’ leadership, can the side pick up the win over more experienced opposition, and deliver a message to YOH ahead of Sendai on Wednesday?