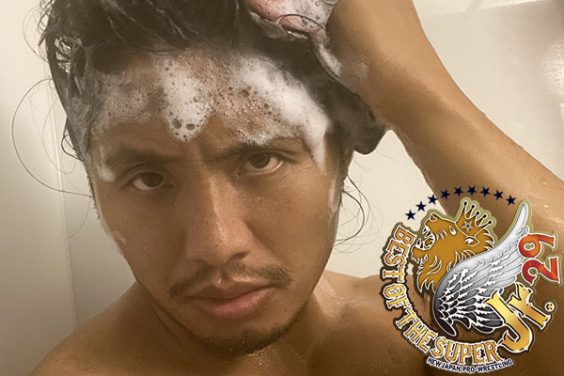 Hiromu Takahashi is on the verge of a historic achievement in Best of the Super Jr. 29. Already the 2018, 2020 and 2021 winner, his fourth win in five years would make him the winningest BOSJ entrant of all time, and the first to ever win three successive trophies. Even away from the IWGP Junior Heavyweight Championship after two failed challenges after vacating the title last February, Takahashi is still viewed as one of NJPW’s junior heavyweight ‘big three’ with Taiji Ishimori and El Desperado, and arguably the face of the division. Shortly before Best of the Super Junior, Hiromu sat down to discuss his tournament and the competition.

Taguchi gives his game away early 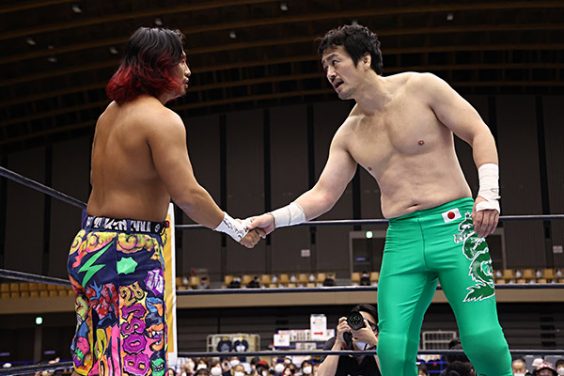 –So, after two years of one block tournaments alongside World Tag League, Best of the Super Jr. 29 is back in its regular place on the schedule, and with a two block tournament seeing 20 entrants.

Hiromu: Everybody’s been waiting for this. I think all the wrestlers had fingers crossed hoping it would happen. Seeing that entrant video, I really did think ‘OK, this is a real BOSJ’. And it was all done the same way they reveal the G1 as well, so it felt like the company was all the way behind us at last.

–The full entrant reveal video was aired during Dontaku.

Hiromu: It was awesome! I was finding out the entrants at the same time as everyone else, so watching that and listening to the crowd reactions, that was awesome.

–Let’s go right into discussing your opposition. May 15 in Nagoya you’re facing Ryusuke Taguchi, always a hard opponent to prepare for.

Hiromu: I always have this good chemistry with him, more than you might expect. I haven’t lost to him since I came back from excursion, but that actually makes things more tense if anything. It’s always unpredictable with him- two years ago I beat him with the Time Bomb, last year I rolled him up, so I don’t know what’ll happen.

–You certainly have to be ready for anything.

Hiromu: He tends to give his game away early though. He’s someone you always want to check his Twitter for, see if he drops any little hints. I’m kinda glad I have him first, actually. The later you face him, the more tired you are, the more dangerous he can be. 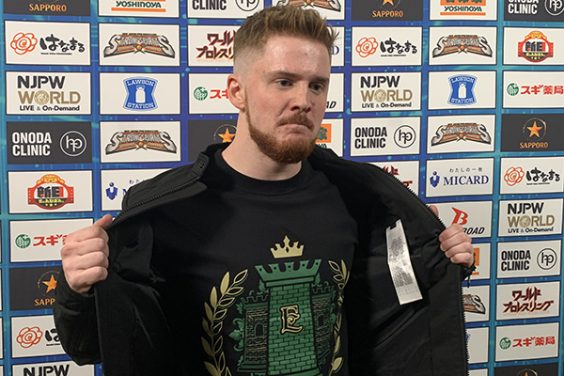 –May 18 in Sendai, you’ll face Francesco Akira. We saw him introduced at Hyper Battle as Will Ospreay’s protege, have you had the chance to see him wrestle?

Hiromu: I’ve seen bits and pieces, but not a full match. The clips I saw, he was really smooth, moved really well. It’s almost like Will Ospreay coming back to the junior division.

–You know Will Ospreay very well. Does that inform you when it comes to Akira?

Hiromu: I’m pretty wary, obviously. The videos I watched aren’t much to go on, and I expect he’ll bring something that I haven’t seen before.

–Coming into the United Empire will change him as well.

Hiromu: Good chance he’ll have some sort of new finisher. I want to take a good look at what he does in his first match and go from there; it’s a relief I have something to refer to.

Hiromu: Ahh, it’s really difficult to get a gauge on how a guy wrestles when he’s facing SHO and what he brings to the table.

Austin will treat every match like a title match 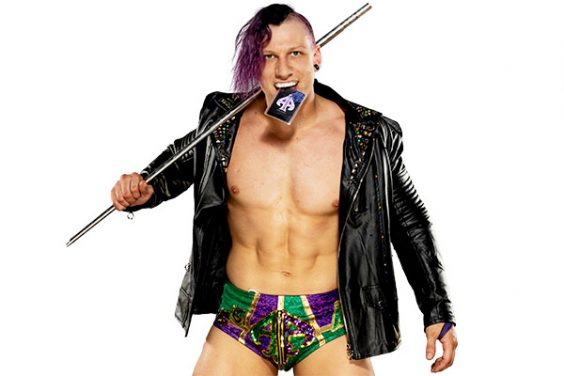 –May 21 in Aomori you face the X Division Champion Ace Austin from IMPACT. He’s making his Japanese debut here; do you have any thoughts?

Hiromu: I’ve seen a bit of him. He’s quite a character.

–He has quite an unorthodox style.

Hiromu: If he dictates the pace, I’m going to be in trouble, so I think that’s what I have to be careful of.

–Are you very conscious of wrestling a champion in another promotion like this?

Hiromu: That title has quite a lot of prestige, and it says a lot about him that he’s already a three time champion. Beating a current champion might open up some pretty cool doors; I’m after everything I can get, after all.

–A future title opportunity might be in it for you?

Hiromu: Having international wrestlers in this tournament definitely means that there are new eyes on the rest of us as well. There’s a big chance to create new Hiromu fans here, too. But I think Austin will wrestle every match like it’s a title match, so it’s on me to overcome that.

You can’t relax for an instant with Kanemaru 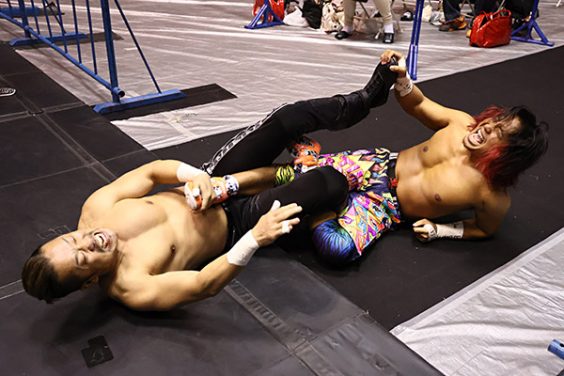 Hiromu: When I saw the blocks announced, Kanemaru and Taguchi were the two I was instantly worried about.

–Ishimori said similar- that being in the same block as Taguchi and Kanemaru is a sign the company doesn’t want him to win BOSJ.

Hiromu: Definitely. I think those two matches are key- you just never know what’ll happen with them.

–With 26 years of experience, Kanemaru is a real crafty veteran.

Hiromu: That experience is a real string to his bow. He is just so good, and never feels any pressure. I think the key is to try and rattle him anyway I can. If I can do that, have the fans see what Kanemaru looks like when he’s off his game as well, then I have a chance.

–You want to flap the unflappable.

Hiromu: With him, even as my offense is working, he still seems calm, it doesn’t register on his face. I think he’s always thinking of something to fire back at you with. You can’t relax for a second with Kanemaru.

He showed he was capable. So why did he just fall off the radar after that?

–On May 25 you’ll be facing YOH, who you’ve criticised heavily of late for his lack of ‘fire’.

Hiromu: Hmm. He’s in his own world. Whatever I’ve said to him, it seems to have no effect. I have no idea what he’s doing or wants to achieve. But then, maybe that’s a good thing; maybe he’s been trying to get into my head and succeeding. I don’t know.

–El Desperado has spoken in the past about YOH not showing emotion. Have you seen any signs of that coming from him?

Hiromu: Not really. All I get from him is him going ‘OK,  better get to work’. He isn’t making anything happen on his own. Maybe that’s his whole deal, making sure everybody else is mad at him.

Hiromu: Look, one way or another he made the finals. He proved he was capable. I know that he’s tough. So why did he fall off the radar after that? After that match that we had, why did he just disappear for the last six months? If anything that frustrates me, that reflects on me.

–It’s the talent that he does have that makes it frustrating to you.

Hiromu: I’m yelling at him out of that frustration, and he just takes that in, like ‘right, OK’, and then he analyses all that.

–Are you more invested in YOH since you were his nearest senior in his Young Lion days?

Hiromu: Hmm. Maybe? I don’t know. I almost regret saying what I did to him.

–But you feel you can’t leave him be? 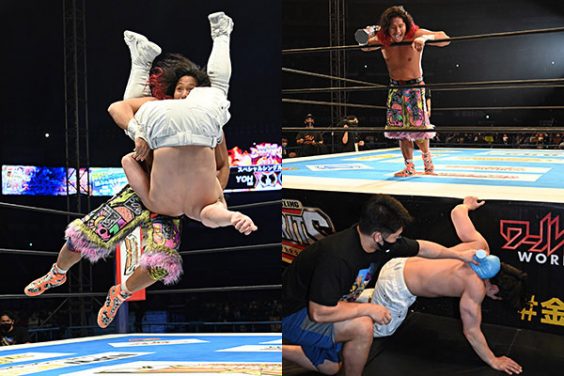 –You fairly dominated him in your match on May 1 at Dontaku. Any thoughts on that match in hindsight?

Hiromu: I mean, I did feel he wanted to win, but I knew that he could be doing more, could have done more. in the BOSJ finals, it blew me away, like ‘he can go this hard?’ But here, I didn’t feel anything like that from him. I just think he feels he only needs to work hard in the BOSJ. That’s BS.

–This will be your third match against one another in a six month span.

Hiromu: I really want to know what YOH shows up. Didn’t he give some comments backstage after the lineups were announced?

–He said ‘we’re in the same block, Hiromu. Next time, next time I’ll absolutely win.’

Hiromu: The tournament is important enough to him that he’ll bring his best, I guess. Whatever, YOH can do YOH. Whatever I say, he can just ignore me and go about it his way!