Second night of A Block in Sendai Sun Plaza

Night three for Best of the Super Jr. sees the second night of A Block action, with three of Miyagi’s home prefecture heroes hit the Sendai Sun Plaza Hall. The venue for the 2016 finals and 2019 opening nights, what will Sun Plaza see in 2022? 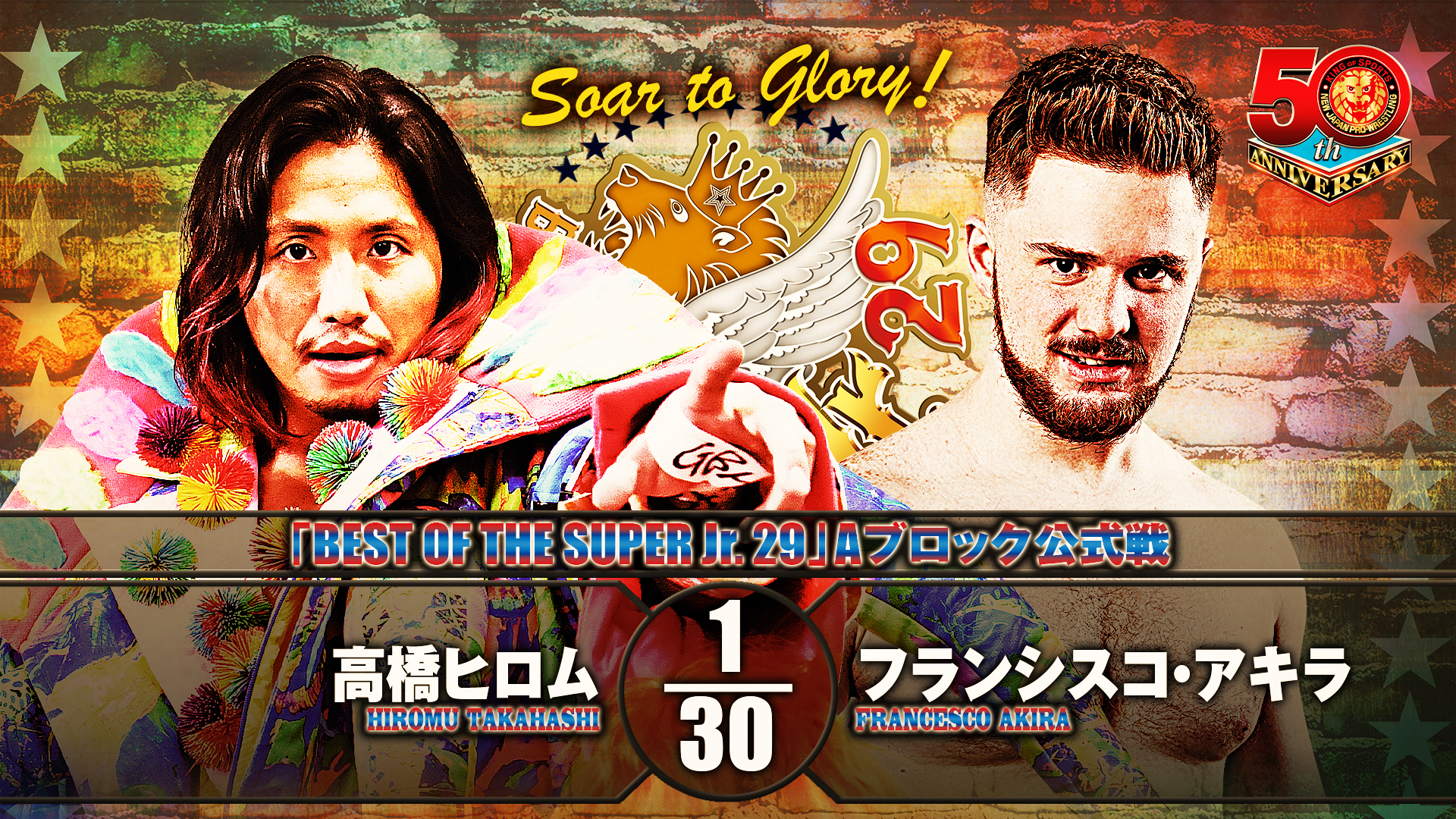 A high profile main event will see Francesco Akira do battle with Hiromu Takahashi. Both Hiromu and Akira emerged from difficult first round contests owing to the unique characteristics of their competition; thanks to the presence of TJP in his corner, the Nova Fireball was able to cut SHO off at the pass when it came to the Murder Machine’s normal shortcuts, while Hiromu refused to let himself be swayed by Ryusuke Taguchi’s rearward arsenal.

This main event will likely be contested in a much more straightforward manner than the ones before it then. Two high speed performers with dynamic offense, Akira and Takahashi may be fairly evenly matches on paper, but Hiromu dwarfs Francesco in status within NJPW, fan recognition and main event experience. In only his second NJPW singles match, Akira is in the main event on a big stage; can he rise to the task to go 2-0? 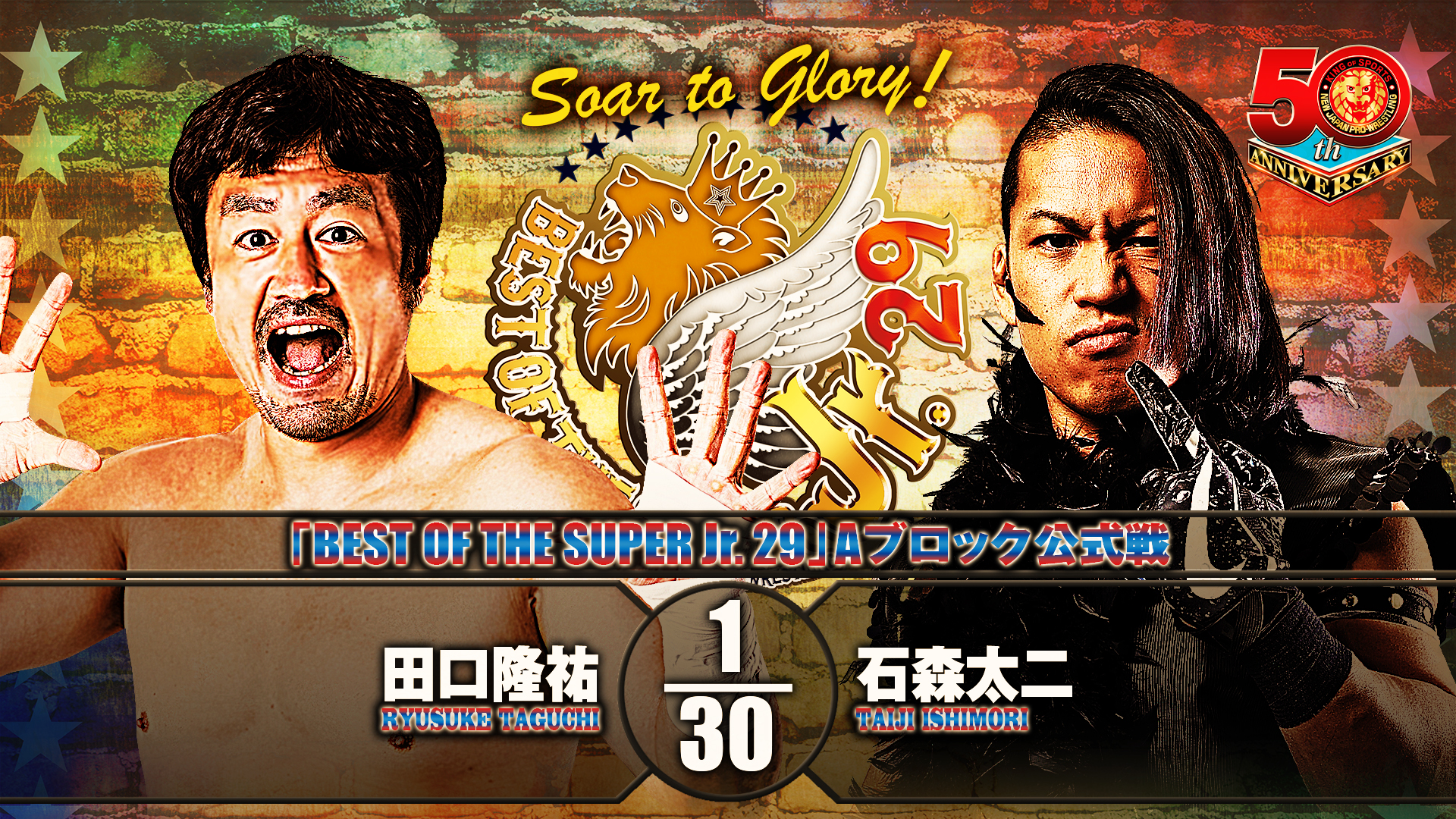 After winning his first tournament bout in Nagoya this Sunday, Taiji Ishimori was left wondering why the IWGP Junior Heavyweight Champion in a Sendai hometown derby would be in the semi main event and not top billing on the card. Ishimori would surmise that it was all The Coach’s fault; that Taguchi’s overwhelming tendency to expose himself in key matches in order to pick up the win was not something the company felt should be atop the card.

Indeed Taguchi would vow to play things completely straight with ‘no butt stuff’ in this tournament… Until the bell rang in his opening bout. A flying hip attack was well wide of the mark on Hiromu Takahashi and as Taguchi went down to the Time Bomb, he was left ruing his luck, and strategic choices. Might Taguchi go a traditional route with Ishimori, as the two did in a thrilling IWGP Junior Heavyweight Championship bout in 2019? Might things take a less PG rated approach? And as Ishimori deals with the knowledge that Taguchi won both of their singles encounters last year, might the champion be rattled and at most risk of defeat? 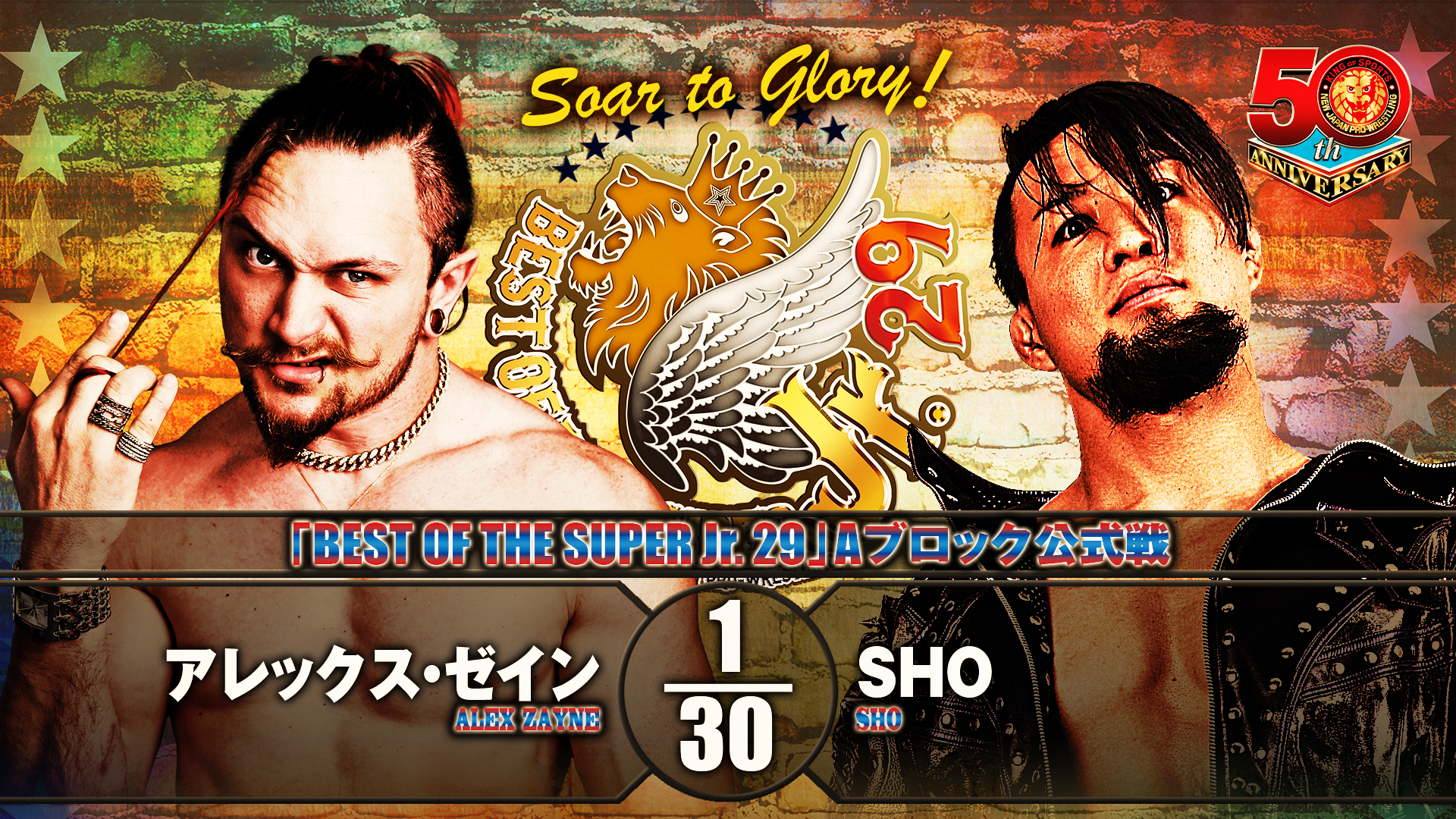 Despite a brutal targeted assault on his knees in Nagoya by Yoshinobu Kanemaru, Alex Zayne’s combination of strength and agility saw him to victory on night one, a Cinnamon Twist giving The Sauce his first two points. SHO, meanwhile would do all he can to stop another debutant in Francesco Akira, but had his best plans foiled by both the Nova Fireball and his second TJP.

Without the moral support and physical backup afforded to him by any factional alliances, Zayne will face a difficult time against SHO tonight. Will he be able to call upon his experience against a then semi-reformed black hat in Ariya Daivari on NJPW STRONG? Time will tell. 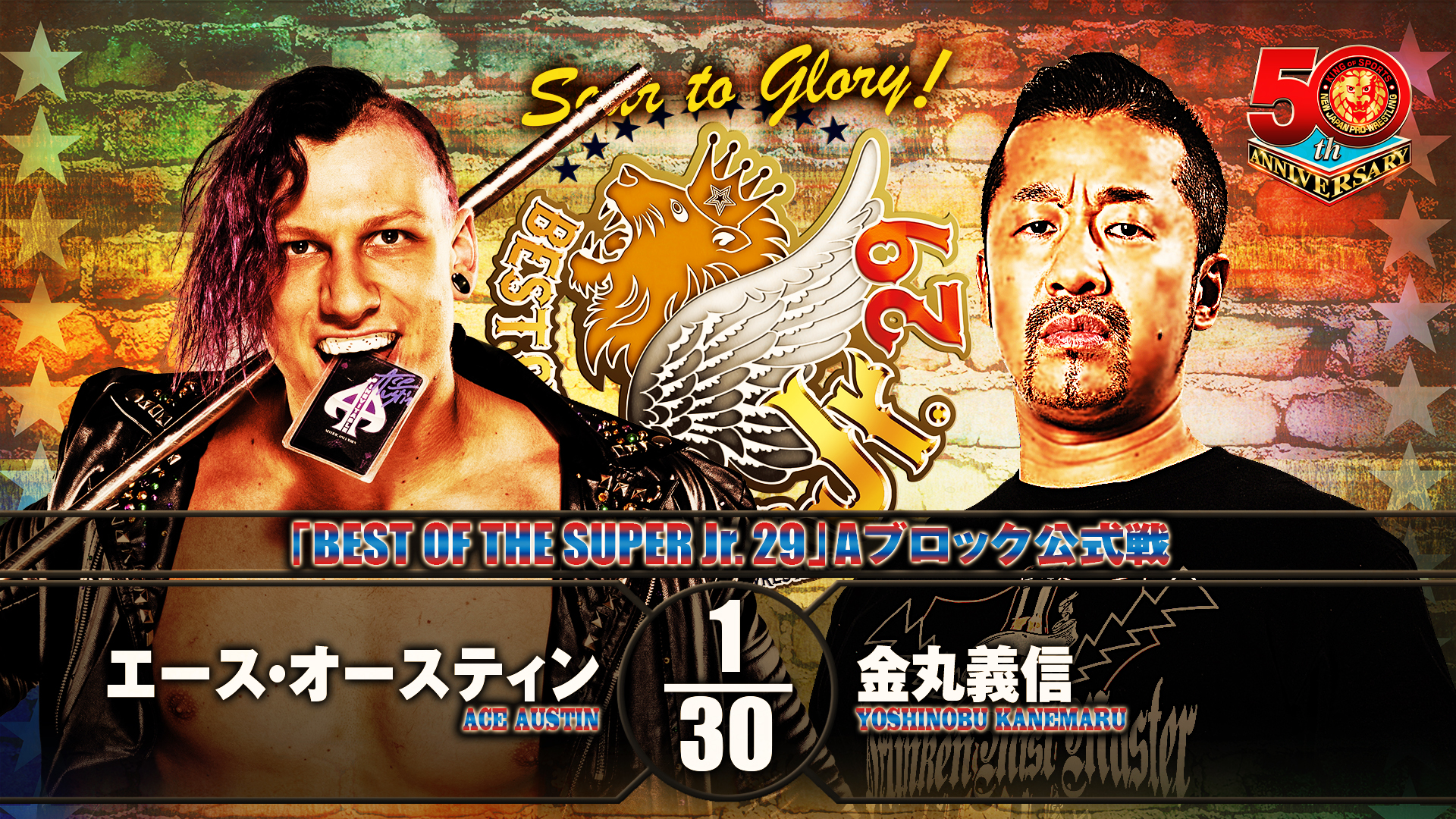 Ace Austin was in the high pressure situation on Sunday of being first to hit the ring in tournament action, and more than dealt with the pressure, surviving the hard hitting offense of Clark Connors and making expert use of his environment and ring awareness to pick up the first two points of BOSJ 29.

In the opposite corner tonight is a man who has the best environmental and ring awareness of the entire Super Jr. lineup in the form of Kanemaru. The Heel Master faces an opponent with heel tendencies of his own tonight, but will canny experience defeat uncanny natural abilities tonight? 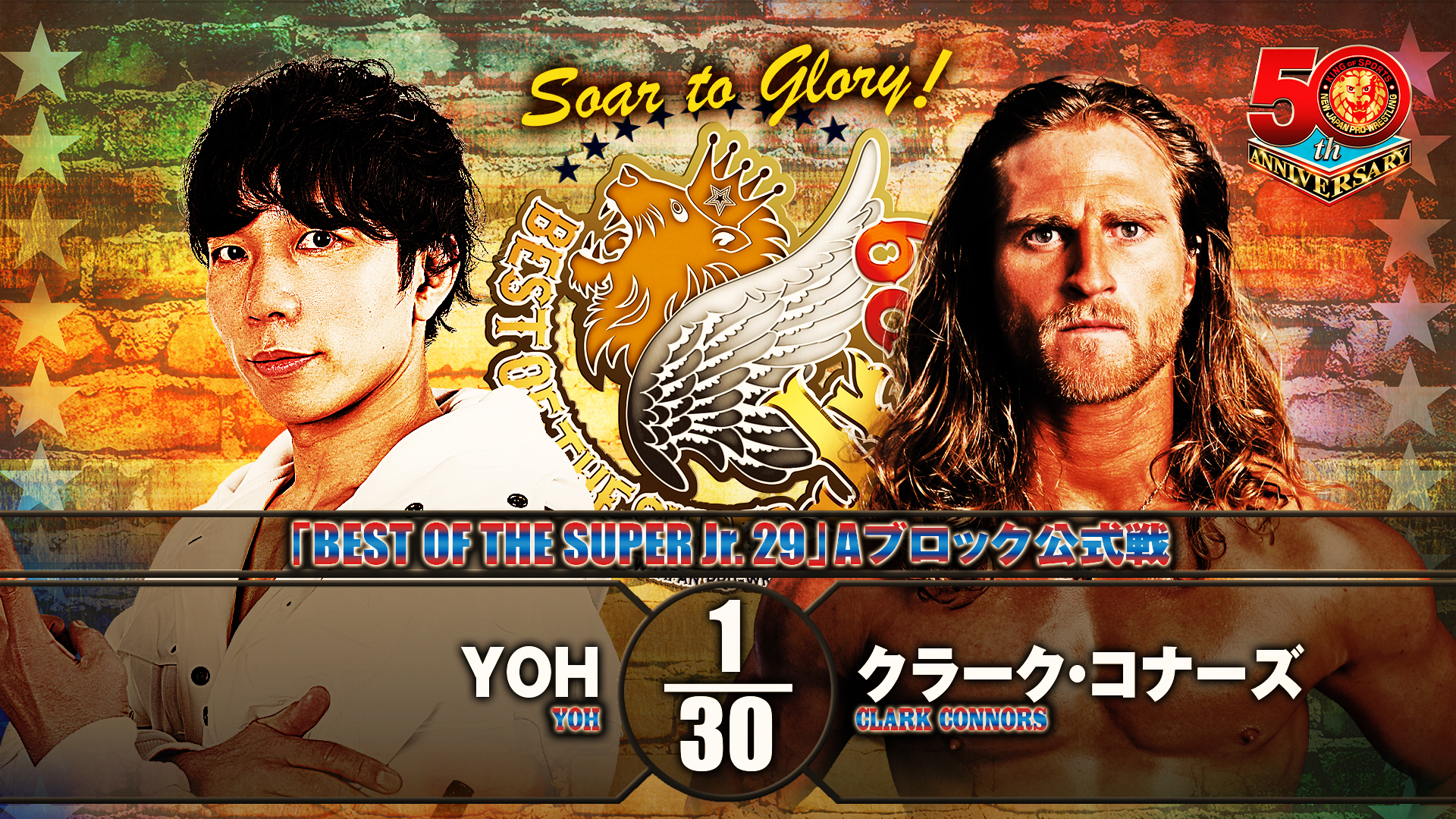 The first tournament match of the night will see both YOH and Clark Connors seek to bounce back from hard fought first bout losses to two champions. YOH brought the fight to IWGP Junior Heavyweight Champion Taiji Ishimori, but ultimately would be outclassed by the champion in Nagoya, while Connors came very close to X Division Champion Ace Austin to start his campaign before being struck with The Fold.

It hasn’t been since 2017 that the BOSJ trophy was won by somebody who lost their opening match, and YOH and Connors are both working to stop a five year trend. Who will get their first two points? 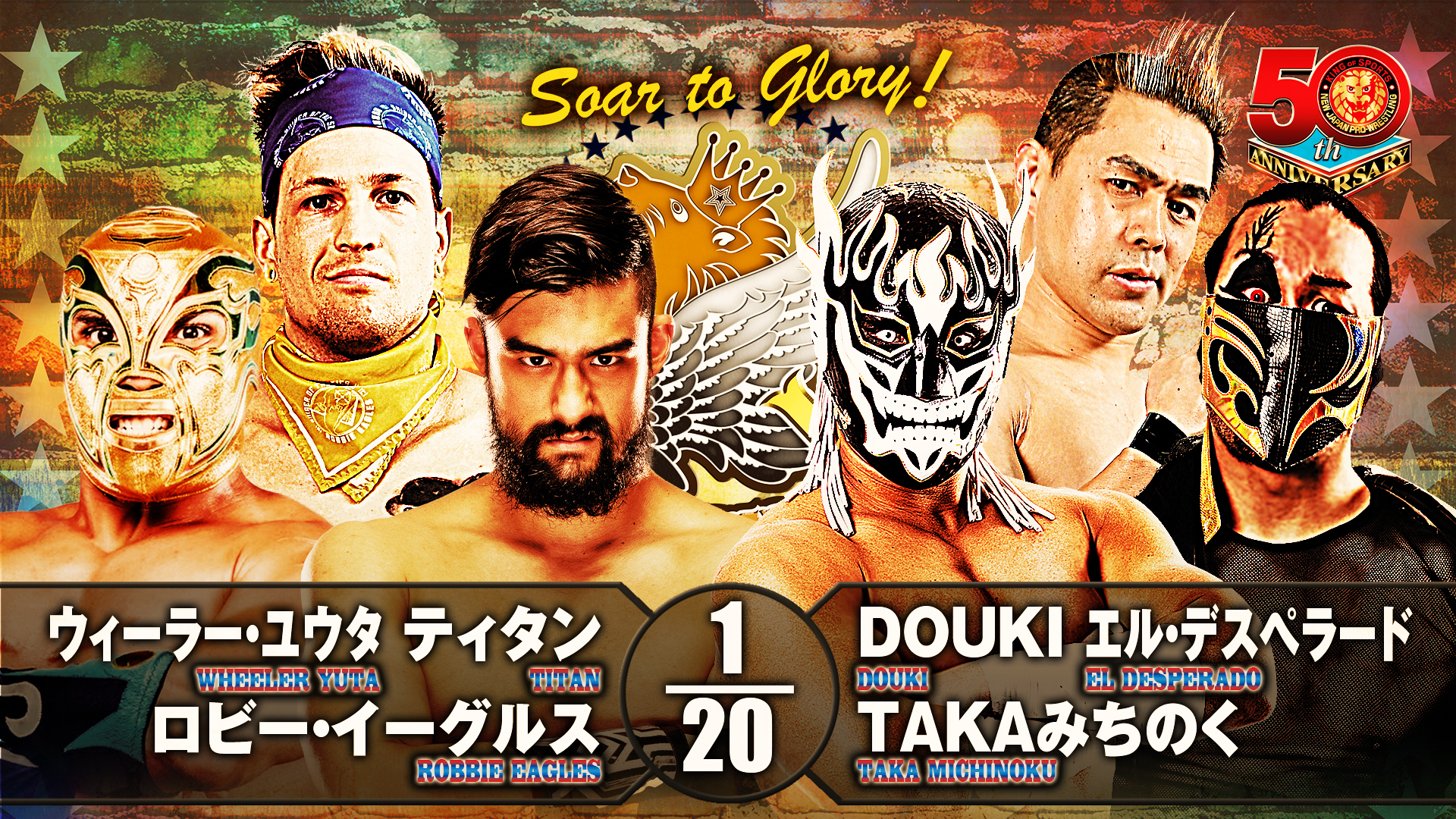 A preview of Wheeler Yuta facing DOUKI on May 19 will see two uneasy alliances in this six man tag match. Just 24 hours earlier, Yuta and Eagles battled in their first B Block match, and the conflict of interests arising with Yuta transitioning from Best Friends and CHAOS alliance to Blackpool Combat Club will add another layer of awkwardness when it comes to teamwork. Meanwhile, DOUKI and Desperado have been at odds ever since the former IWGP Junior Heavyweight Champion pressed DOUKI’s buttons at the BOSJ press conference. 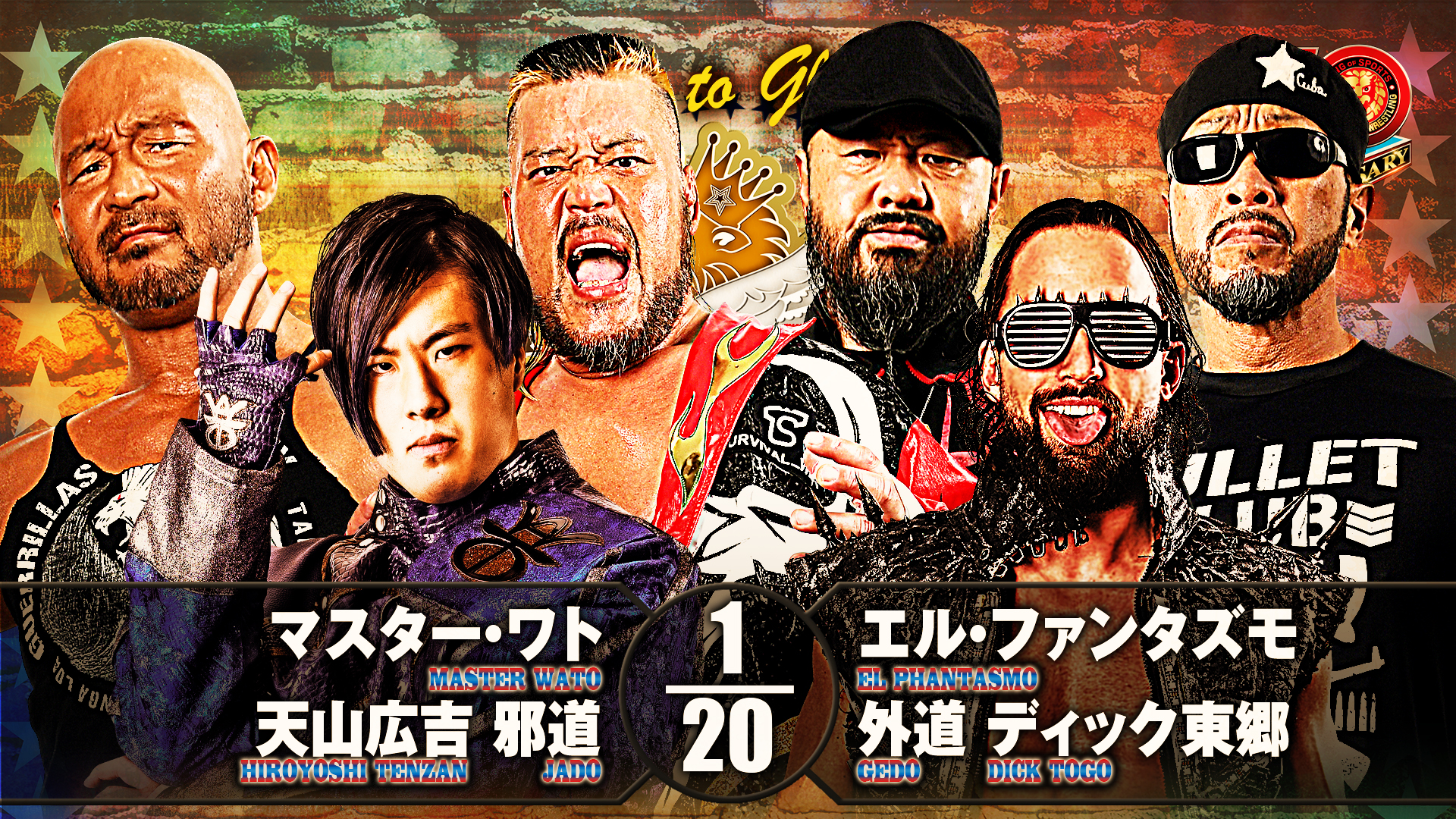 Before Master Wato locks horns with El Phantasmo in their second B Block match, he teams with Hiroyoshi Tenzan and Dick Togo to take on a BULLET CLUB trio. ELP has solid tag team backup here as the Far East Connection will offer solid teamwork, but perhaps Gedo’s own former partner Jado will give Wato the inside edge, as the blue haired prodigy is joined by two of his mentors tonight. 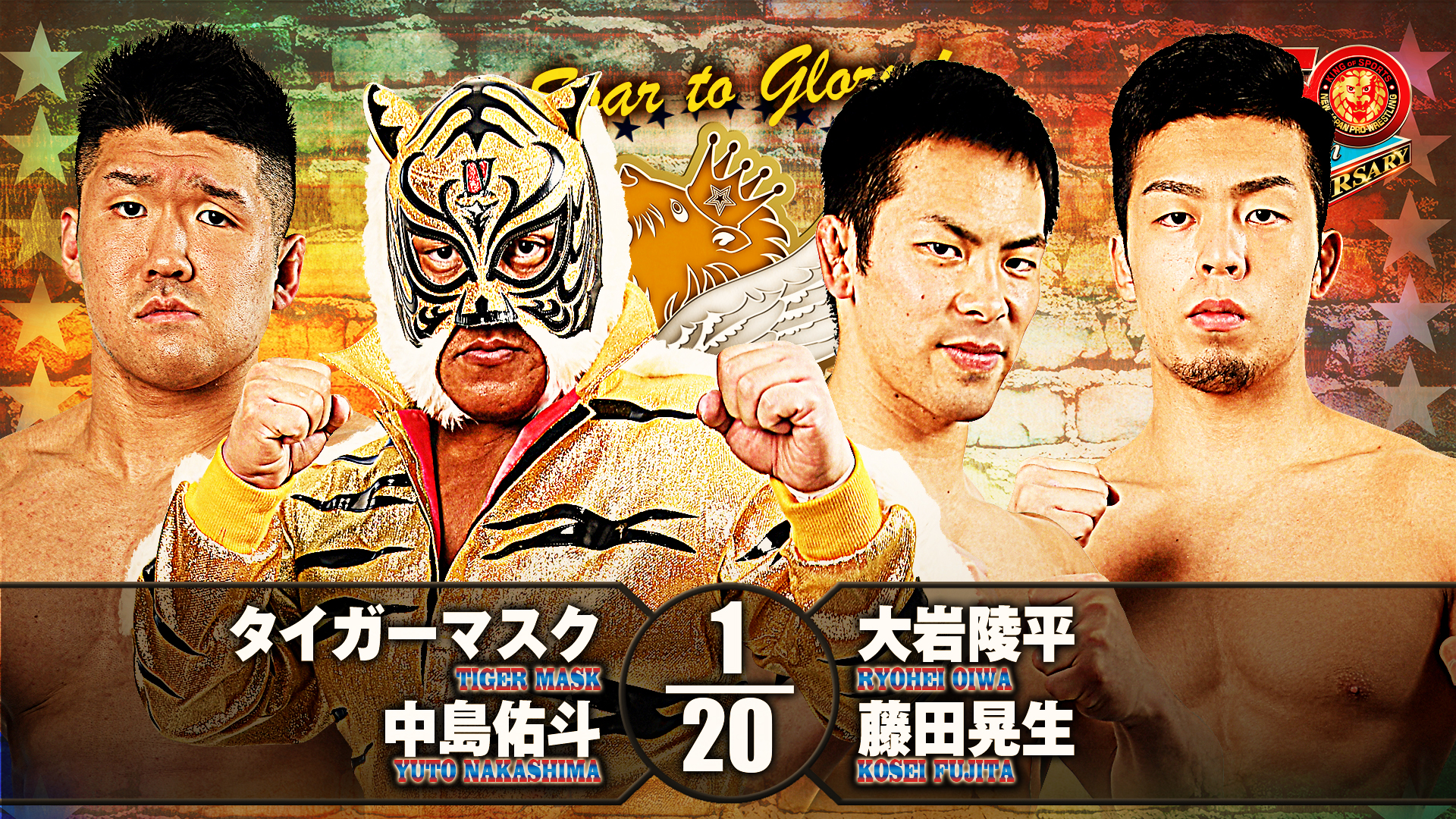 Back to back BOSJ winners book end the card tonight, with 2020 and 2021 winner Hiromu Takahashi main eventing and 2005-2006 winner Tiger Mask in the opening match of the night. Will he lead Yuto Nakashima to success opposite Oiwa and Fujita?