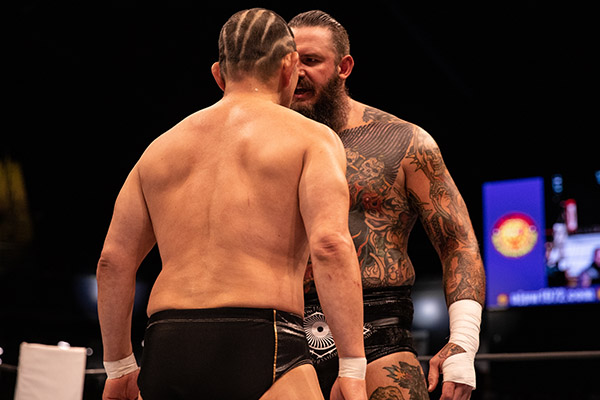 Tensions were present between Minoru Suzuki and Brody King since Windy City Riot when this challenge was called out. The resulting first time matchup started fast with a series of brutal blows to each other, stoic foot work showing that neither King or Suzuki wanted to retreat. Suzuki’s got the first edge over King as he tried to lock Brody’s arms between the ropes but, and the Suzuki-Gun boss  focused on weakening King’s grip strength by delivering wrist-locks and stretching King’s hands and shoulders to slow down his defense. 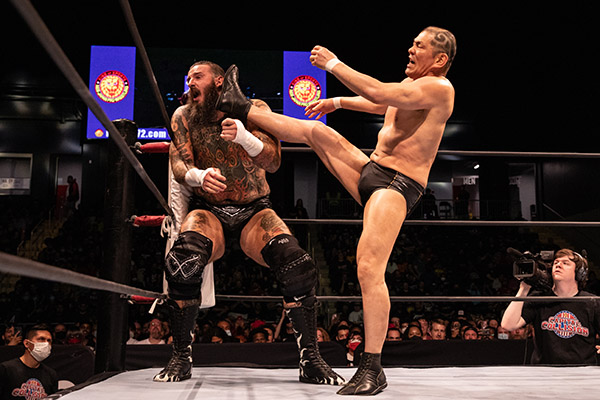 Outside of the ring near the broadcast booth, the violence unfolded as King connected to Suzuki’s chest with some chops and blows to his back, but a wildly missed  chop hit the ring post delivering a devastating hit to his momentum. Suzuki would strong arm King’s wrist to help neutralize one of the super heavyweight’s biggest assets in his powerful hands. 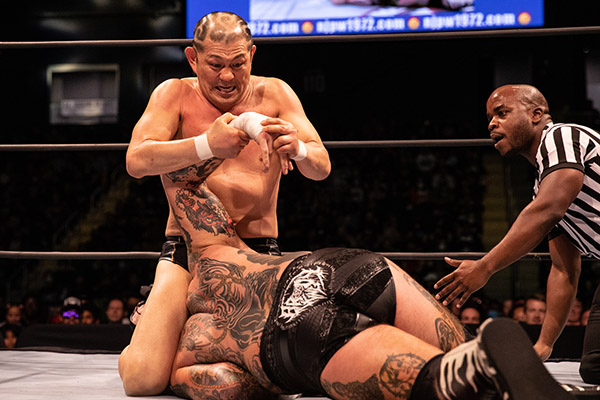 As they headed back in the ring, Suzuki carried out an overhead wrist-lock and manipulated the joints by stretching Brody King’s arm, shoulder and fingers to the max. Brody King screamed in agony as Suzuki maintained the upper hand on the monster, punishing with intricate double wrist locks.

Ultimately, Brody used his power and body weight to counter Suzuki’s technique with a cannonball in the corner as he went for the Gonzo bomb, he fell short due to the damage dealt to his tendons earlier in the match. King continued to push forward and tried an open hand chop against Suzuki but as he felt the effects of the wrist locks from earlier, the rapid-fire response was deafening and painful, Suzuki standing strong and dominant as Brody King began to fade. 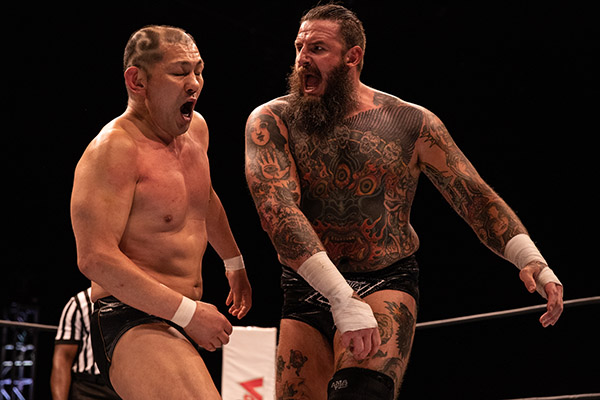 Suzuki unsuccessfully attempted a Gotch-style piledriver as King countered with a new found strength. Suzuki continued to hold a grip on King to weaken him and King was able to fight through the pain, gained some traction and control in the match Brody King delivered a series of lariats and took Suzuki down with the Gonzo Bomb to gain a incredible victory at Capital Collision. 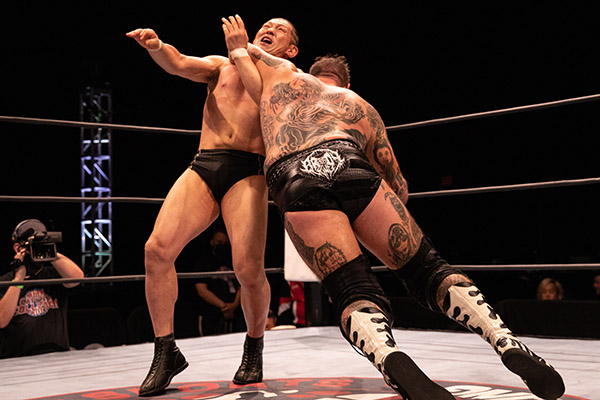