Second night of B Block action in Aomori

May 19 sees B Block action continue as Best of the Super Jr. rolls on to Aomori. 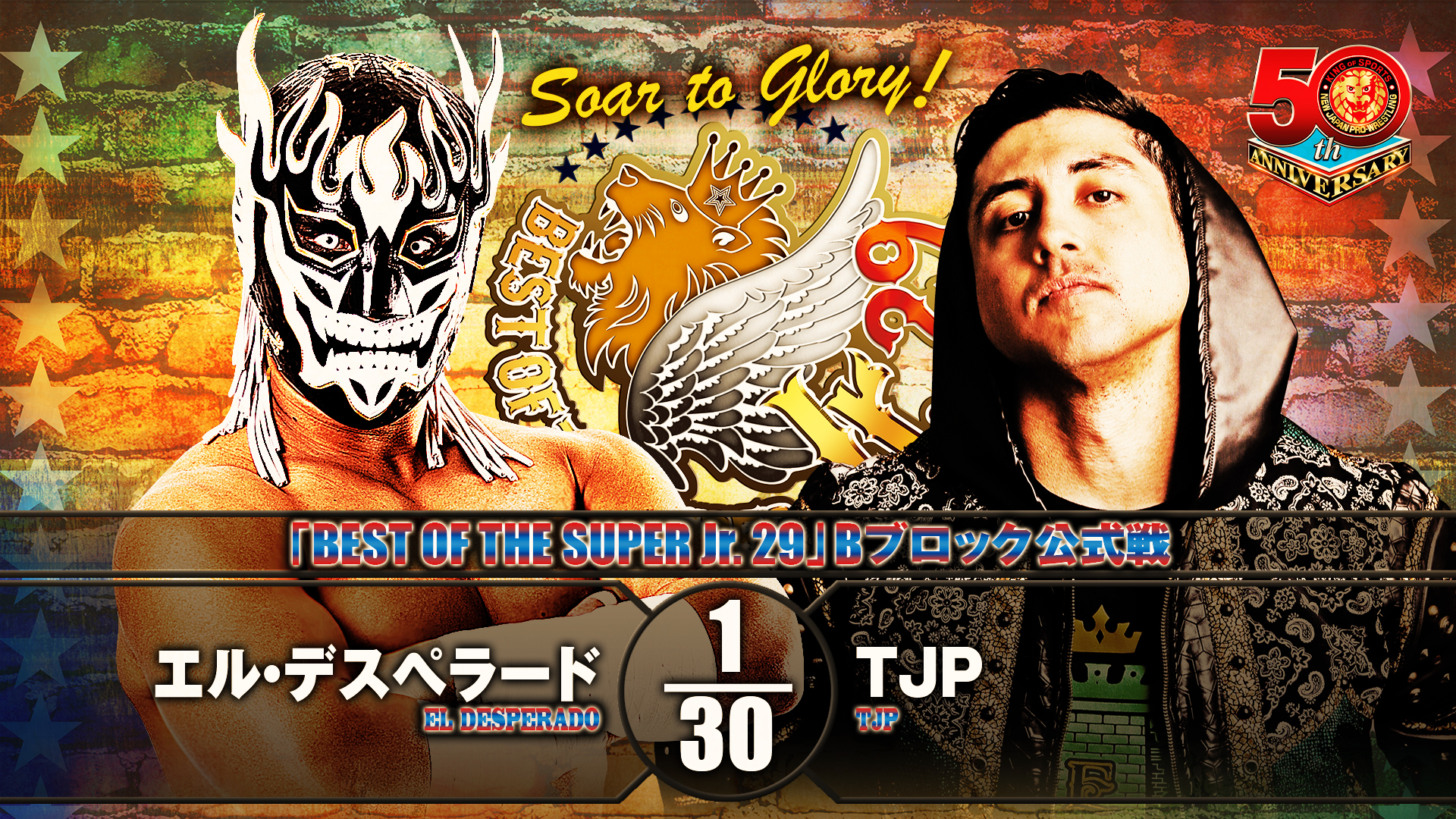 Main event action tonight will see El Desperado and TJP both seek to maintain their momentum from opening night wins. For TJP, a victory over Master Wato in Sakata City came after a 12 minute clinic, Wato landing flurries of impressive offense but ultimately having the pace dictated by the Public Enemy en route to submission. TJP is indeed a master at dictating the pace, something that El Desperado loves to do with equal efficacy. Suzuki-Gun’s masked master put away Titan after being able to slow, if not entirely stall, the CMLL stars fluid motion. A meeting of two all round stars with incredible technical acumen as well as pronounced mean streaks, this is a main event not to be missed in Aomori. 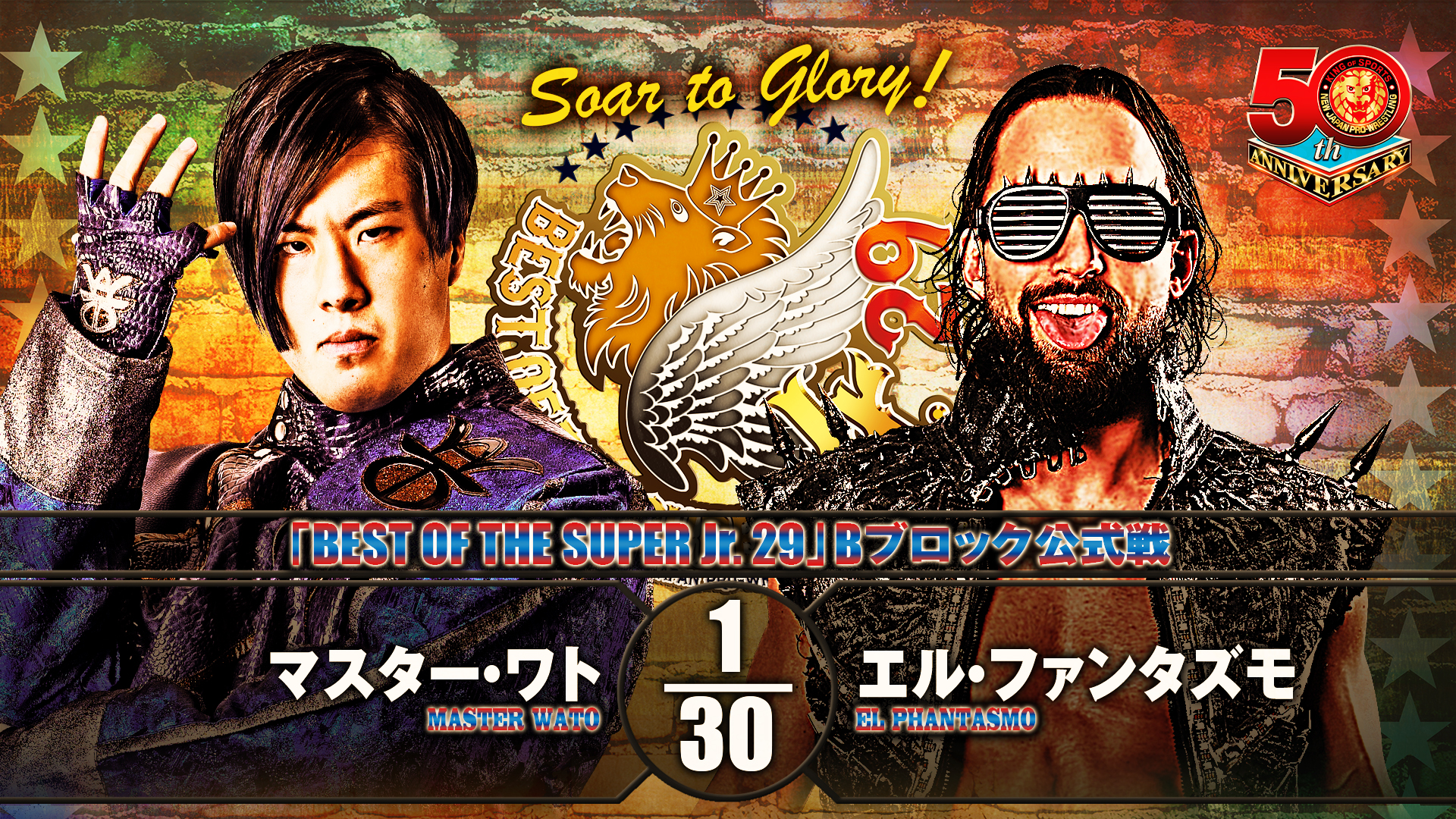 El Phantasmo’s BOSJ campaign started with a win, and some bad memories of a defeat to BUSHI in last year’s tournament laid to rest. The ever confident ELP is convinced that he will take the BOSJ trophy, and IWGP Junior Heavyweight gold into the G1 Climax this year, but he has to contend with Master Wato first. Wato has a lot of previous with Phantasmo over the IWGP Jr. tag titles, and wants to get back on track after a schooling from TJP on night two; can he pick up his first two points?

Robbie Eagles had a bright start to his Best of the Super Jr. Two points is always appreciated in the tournament, but getting two points from the ROH Pure Champion Wheeler Yuta said a lot of the Australian’s chances in this tournament going forward. Tonight he faces BUSHI, a highlight in Eagles’ 2021 campaign as well. Then, it was third time lucky for the Sniper of the Skies, avenging losses in 2019 and 2020 to come away with his first victory over the Jet Black Deathmask. But if third time is the charm, what is the fourth? Can Eagles keep up a winning record, or will BUSHI improve to 1-1?

Titan and El Lindaman both head to Aomori tonight coming off hard fought and painful losses in their first tournament outings. For Lindaman especially, a defeat to DOUKI in Sakata had him eat some bitter tasting words directed to the Suzuki-Gun member in his pre-tournament interview. The defeat came directly before a GLEAT G-REX Championship match that had arguably served as a distraction to the #STRONGHEARTS member, so now with energy completely devoted to the tournament, can he pick up his first points? Or with an impressive performance if not a victorious one Tuesday night, can Titan put the GLEAT representative two losses in the hole? 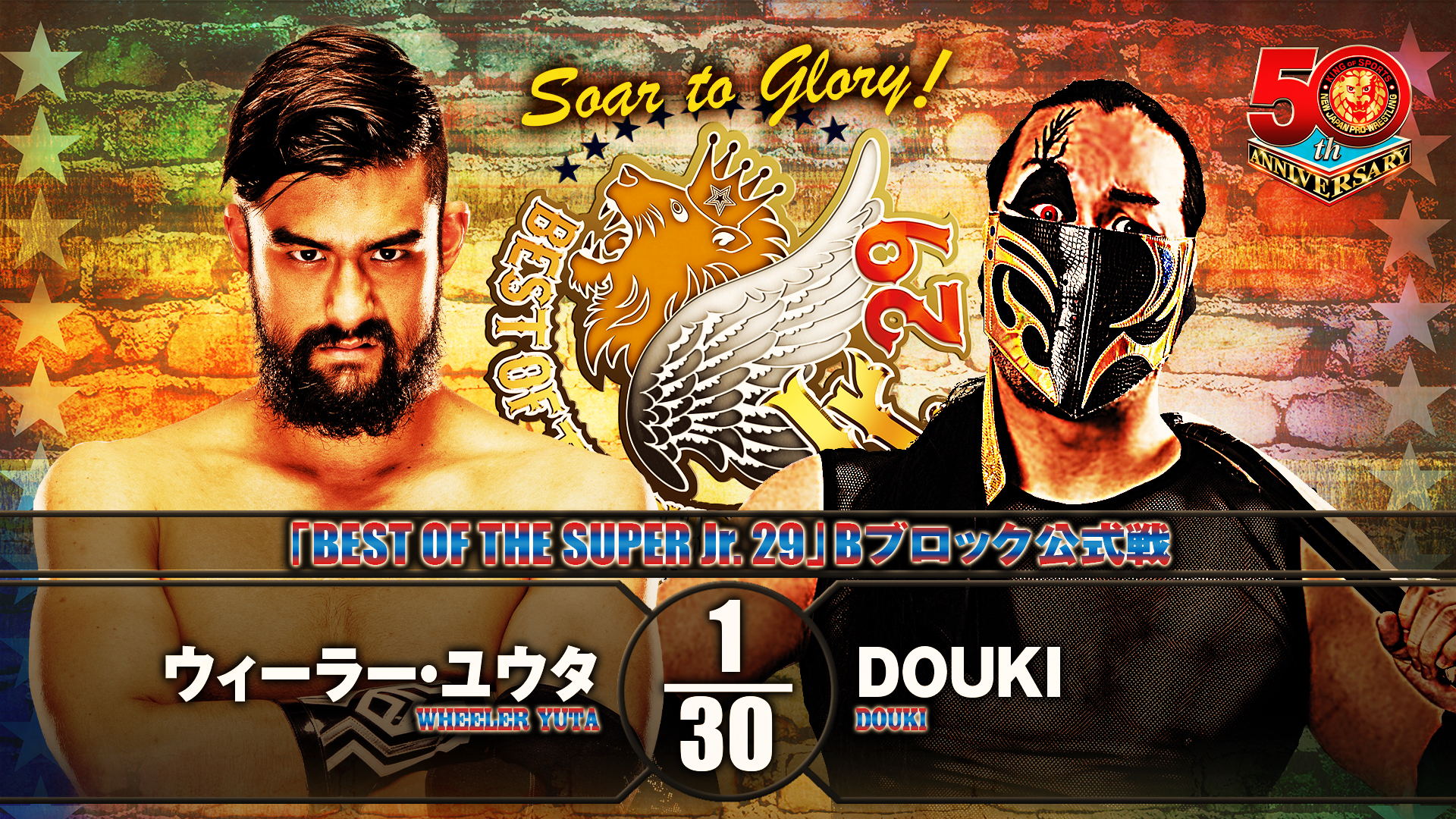 DOUKI’s victory over El Lindaman in the first BOSJ 29 B Block match was certainly the biggest upset of the tournament so far. After making steady improvements through his first three entries into Best of the Super Jr., DOUKI showed that he is certainly not to be overlooked, and most significantly, picked up a win over a singles champion, albeit in the GLEAT promotion.

Tonight, DOUKI faces another champion in Wheeler Yuta. As the ROH Pure Champion tries to fire back from an opening night loss to Robbie Eagles, can Japones Del Mal keep a perfect record and claim a second win in two matches over prominent champions? 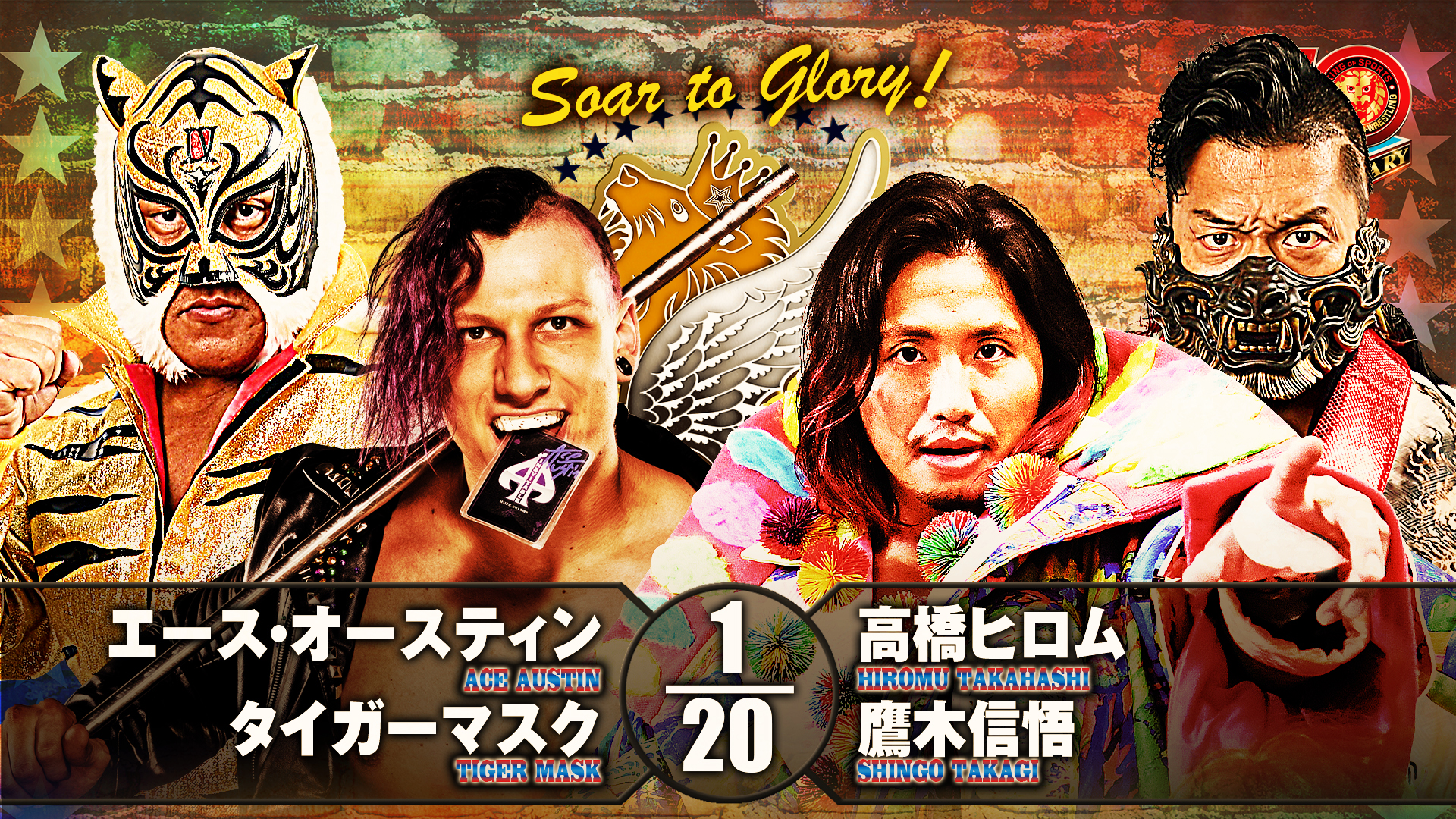 A tag team preview of Saturday’s explosive semi main event between Ace Austin and Hiromu Takahashi will see Austin team with Tiger Mask against Hiromu and Shingo Takagi. Austin and Tiger Mask were successful in their first outing together earlier in the week, but competition will be tough with the KOPW 2022 trophy holder in the mix. Will LIJ leave with their hands raised, or will another big statement for the X Division Champ be Inevitable? 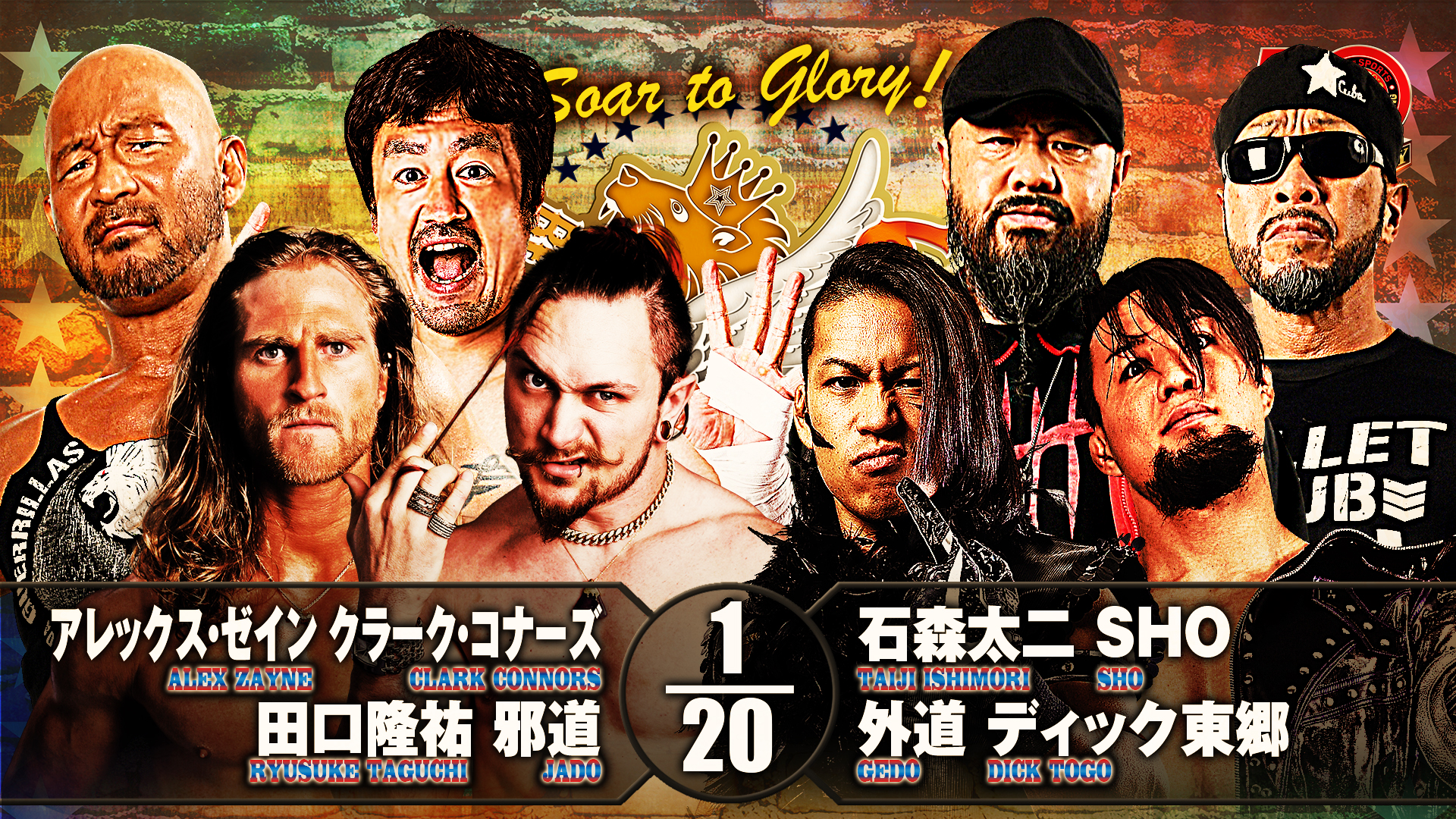 Eight man action will see a pair of previews here as Alex Zayne gets set for his Saturday night main event with Taiji Ishimori, and Clark Connors prepares for SHO. Meanwhile, a day after Ishimori and Taguchi meet in the Sendai Sunplaza semi main, Ishimori and Taguchi are sure to have unfinished business win lose or draw, and Jado will always want to throw down with his former brothers in the Far East Connection, Gedo and Togo. 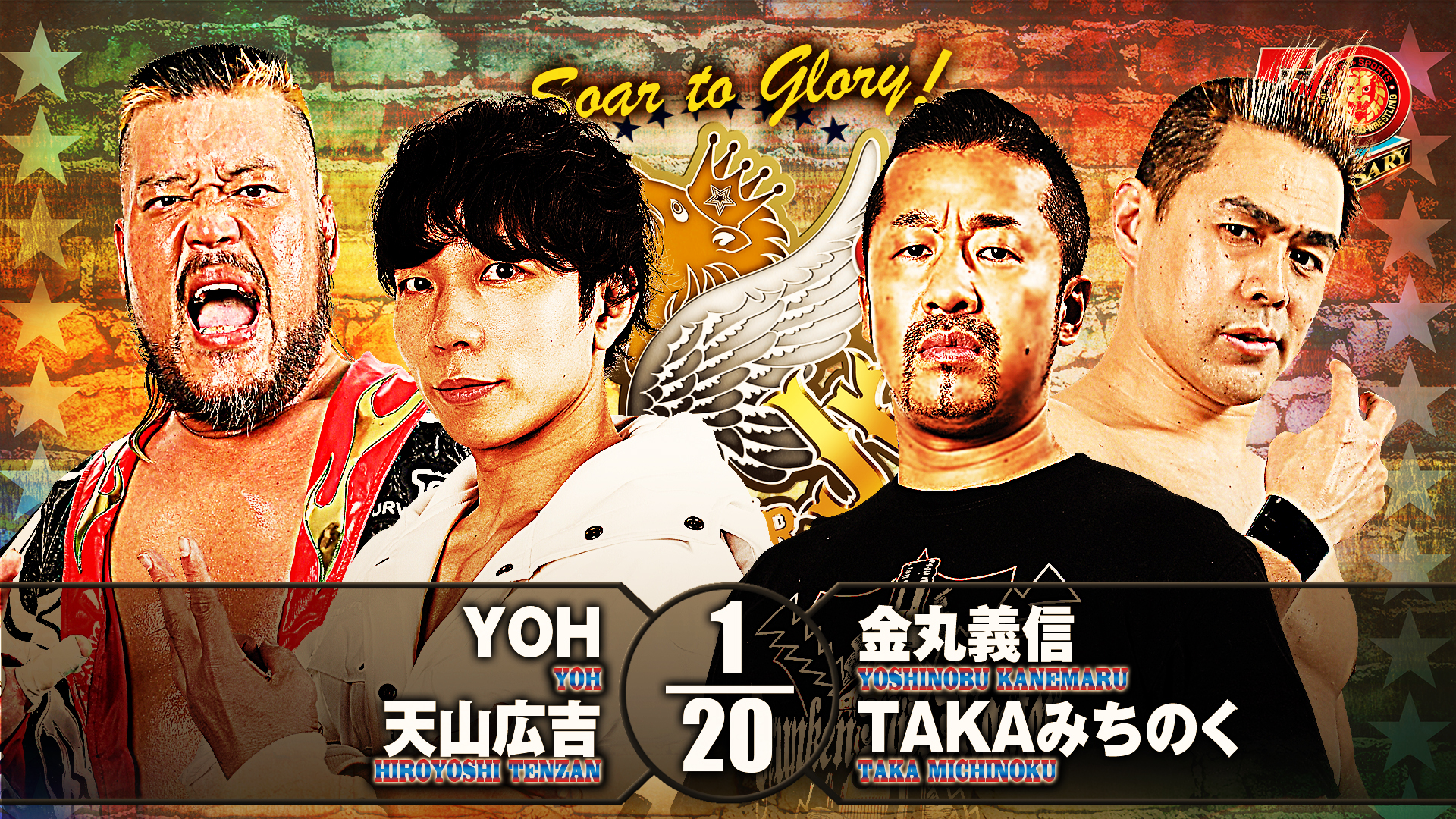 With Yoshinobu Kanemaru being a key victory for YOH en route to last year’s BOSJ final, the CHAOS member looks to use this tag team preview to springboard into a positive performance on Saturday night.