A Block’s second night ends with four atop the table 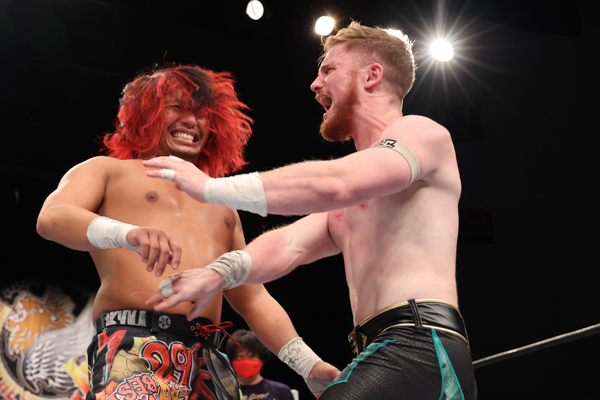 A Block action continued on may 18 in Sendai for night three of Best of the Super Jr. 29. Headlining on the night was Francesco Akira in only his second NJPW match as he tried to take down the Time Bomb Hiromu Takahashi. A high speed start saw both men colliding with elbows before Akira read Hiromu’s attempt at a sunset bomb, hitting a head scissors and then plancha before a high cross for two. With a dropkick to the back of the head following up, Akira had full control of the early going until an attempt at the Speedfire was blocked by Hiromu with a tijeras scoring instead. 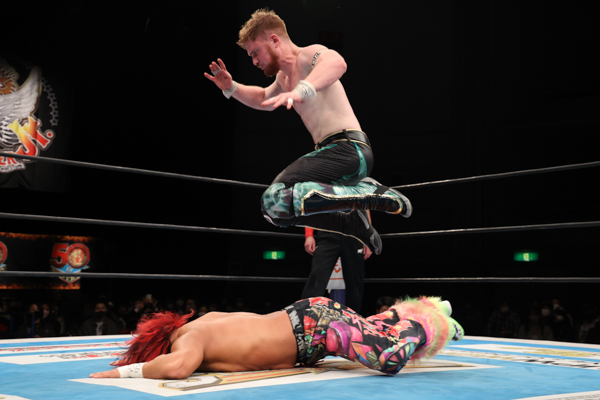 Hiromu would use his size to keep control, a pop up rana attempt being countered with a crunching powerbomb, but Akira found his way back into the match with his version of Will Ospreay’s Cheeky Nandos, dubbed the ‘Brutta Faccia’. Meeting power with speed saw Akira make a mark, but Hiromu fared better in the standup, dropping the Italian before going for the Time Bomb kill, only to be reversed into some nearfalls.

A poison rana opened the door to Speedfire for two, and the Ultimo Giro connected, but Akira couldn’t get the Fireball, instead struck with Time Bomb for another nearfall. After a series of strikes, Hiromu found a huge lariat and a second for another nearfall, before finally landing Time Bomb II for the hard fought win.

Taiji Ishimori was intent on ensuring he didn’t fall prey to Ryusuke Taguchi’s mind games, but still involuntarily found himself dancing the ‘Keep on Journey’ at the start of the semi main event before dropping his foe with a heavy Atomic Drop. Painful shots into the corner post and exposed buckle saw the IWGP Junior Heavyweight Champion keep control, until Taguchi was able to direct the champion to the outside, landing a triangle plancha and then the Three Amigos.

The Bummer Ye gave two to the Coach, but neither Taguchi nor Ishimori could sink in their signature submissions, ankle and Yes Lock attempts leading to quick escapes in the ropes. Both would counter one another’s signature offense until Taguchi finally transitioned from the Bone Lock into Oh My and Garankle; as Ishimori countered and tried for Bloody Cross, he would be reversed into Taguchi was on top with a pinning combination, but as the Coach pulled down his pants to seal the deal, he was reversed into a Jackknife pin and full moon for the three.

Alex Zayne was keen to prevent SHO from gaining any sort of opening in their league match, giving chase to the Murder Machine outside and using the ring apron as a platform to land a head scissors. SHO’s own environmental awareness would see him do damage to the freelancer though, the HOUSE OF TORTURE representative twisting Zayne’s wrist and stretching it over the turnbuckle bolts after striking his arm with a chair. 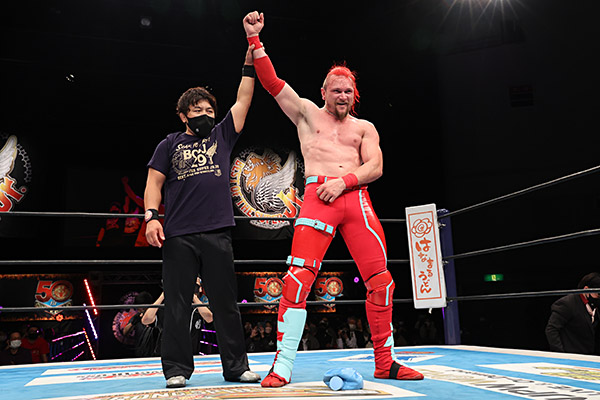 Fighting with one hand, Zayne still connected with a lariat before an inside out quebrada. SHO again slowed Zayne with a spear, and ensured that Zayne didn’t have time to connect with the Cinnamon Twist after a Baja Blast, crashing into SHO’s knees as Dick Togo headed to ringside. With the referee distracted, SHO went for a wrench shot, and though Zayne defused the attempt, a cross armbreaker had Zayne struggling to the ropes. SHO went for the kill, but Zayne would escape and connected with the Taco Driver to get to four points. 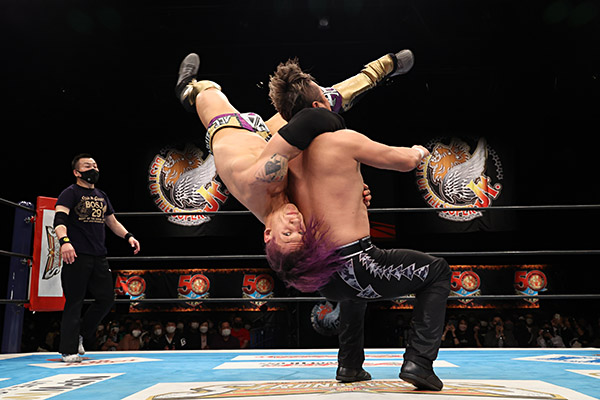 Trying for his first win, Yoshinobu Kanemaru would try and get a jump start on Ace Austin, and though the X Division Champion saw the assault coming, the Heel Master was still able to deal damage on the floor. Gaining full control of Austin, Kanemaru dictated the pace of the match until The Inevitable was able to create enough distance for a kick to the back before dealing a recipt for all the damage done outside, scoring with the Fosbury Flop. Kanemaru responded with a moonsault for two, but Austin found the House of Cards and some stiff kicks before scoring with The Fold to move to four points.

The night’s tournament action started with Clark Connors and YOH looking for their first two points. An energetic crowd got behind home prefecture boy YOH, but Connors would negate the home field advantage, bringing a stinging chop and snap suplex while showing his knowledge of YOH’s offense as he countered a Five Star Clutch into a full Nelson. YOH would fire back with a flying forearm but the power of Connors came through with a Jeep Flip; it wasn’t until an ill advised trip up top that the Wild Rhino made an error. 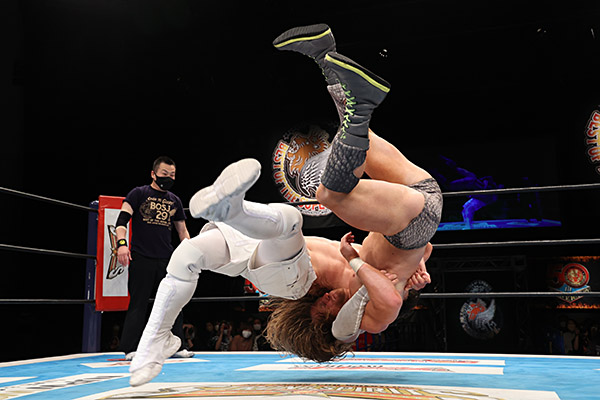 YOH would target the knee with a Dragon Screw off the top, ensuring Connors couldn’t follow up right away from an impactful Spear. Reversing the Trophy Kill, YOH got a knee bar center ring before pulling Clark into German suplexes, and avoided a charging opponent in the corner to hit the DNV. Two thrust kicks followed before the Direct Drive to give YOH his first points.