Watch ALL of Best of the Super Jr. live in English on NJPW World! 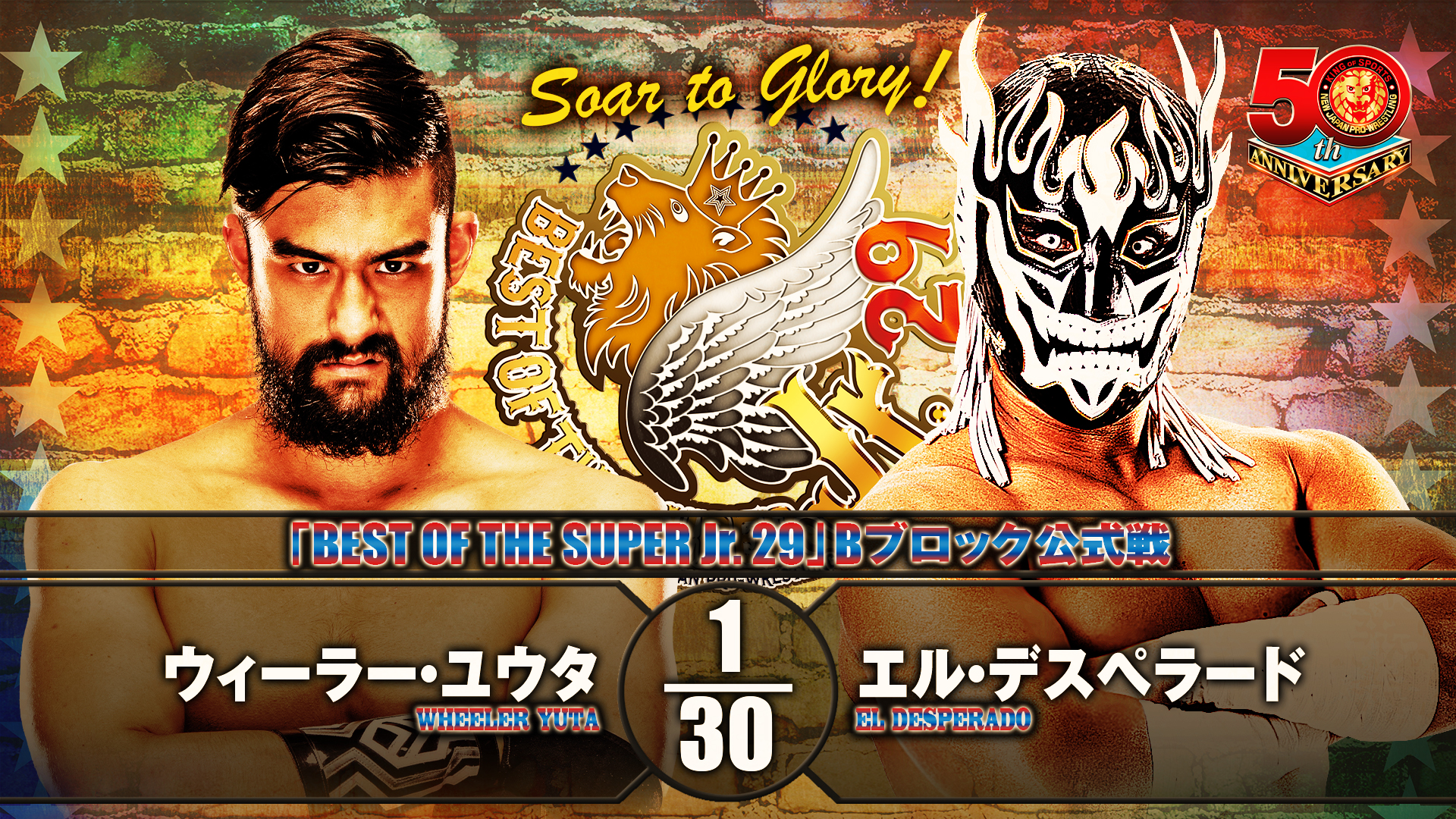 El Desperado’s third of four straight main events sees him at   points as he goes head to head with Wheeler Yuta. After his highly technical battle with TJP in Aomori Thursday, Desperado will be well prepared for Yuta’s similarly hard edged grappling style. Yet after picking up his first two points in the tournament by pinning DOUKI with the Seatbelt Clutch, Yuta will be determined to make the most of his own first main event in an NJPW ring. Having a height and reach advantage over his Suzuki-Gun opposition, will the Pure Champion get an all important two points over a distinctly impure opponent? 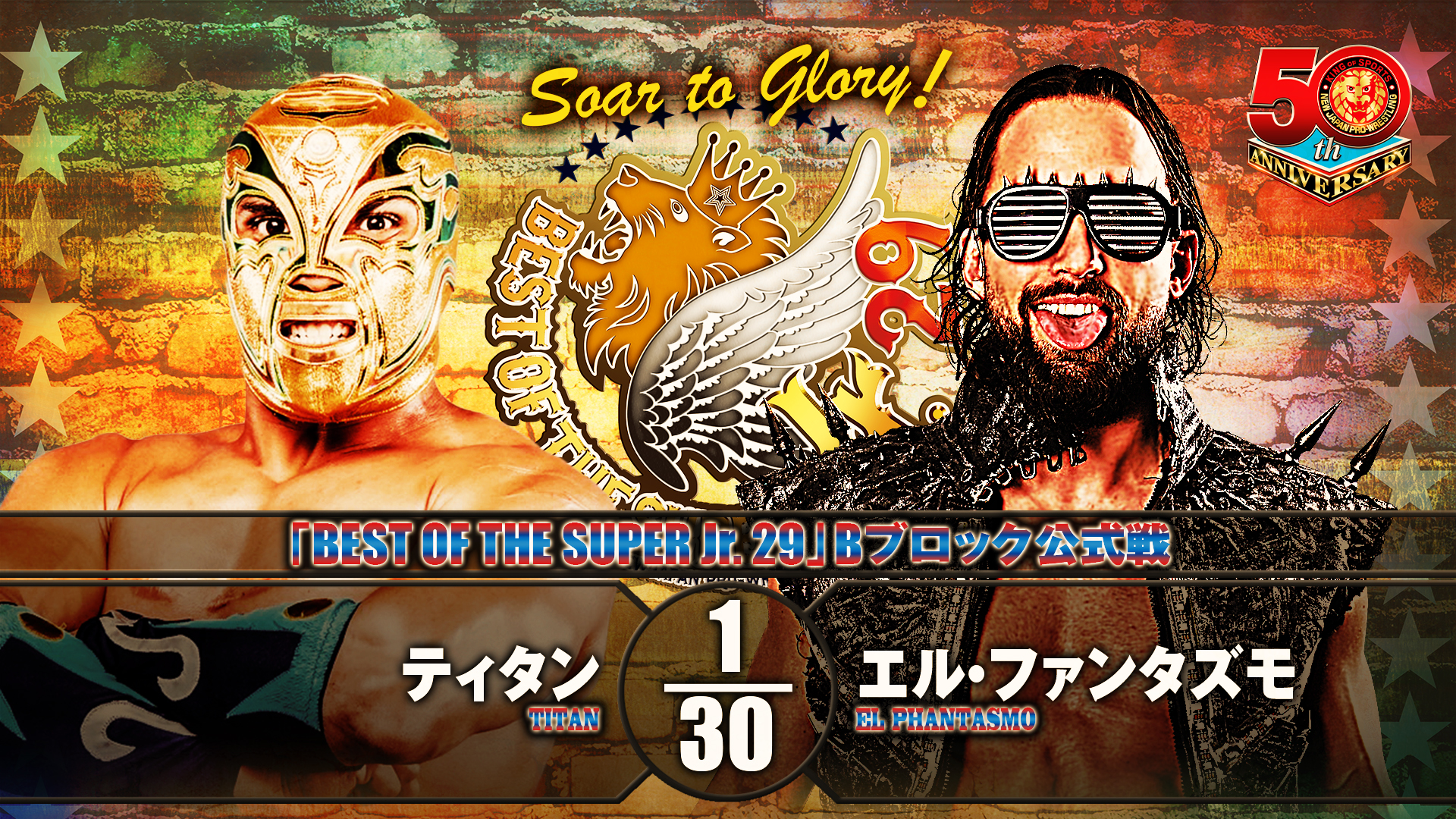 In combining incredible athletic flash with punishing in ring offence, Titan and El Phantasmo could certainly be seen as flip sides of the same coin stylistically. In the autumn of 2019, that coin fell on the side of ELP, their sole meeting in ring seeing Phanatsmo and Taiji Ishimori gain victory over Titan and Volador Jr. In a singles environment, and with three years of considerable growth for both men, what awaits fans in Akita? Will Titan, after taking his second straight loss to El Lindaman, break his ‘El wrestler’ curse to get to two points, or will it be ELP going 3-0 to potentially sit alone atop the block? 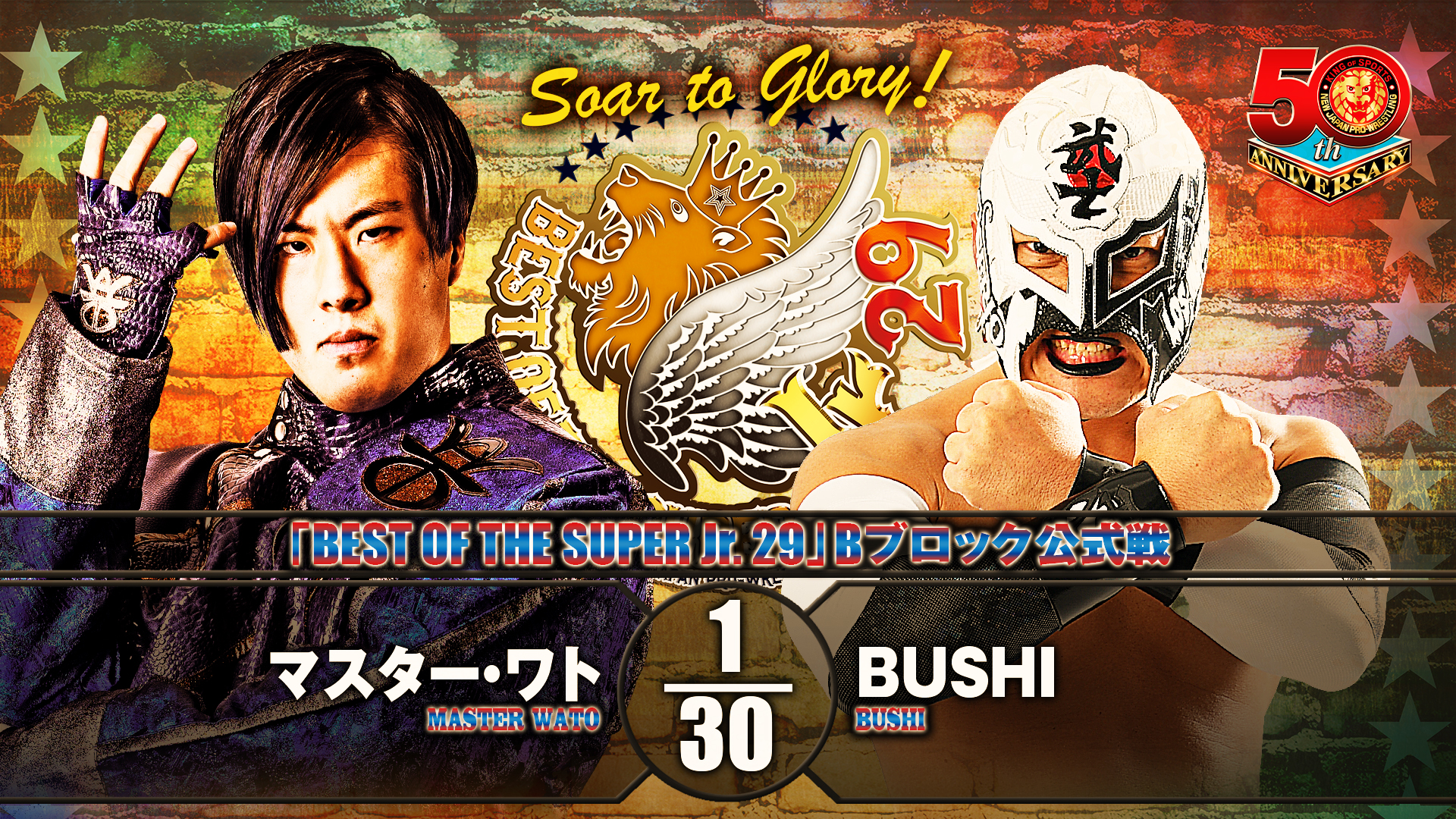 After a loss to El Phantasmo and hard fought victory over Robbie Eagles respectively, Master Wato and BUSHI seek to get to their first and second wins tonight. With two singles wins over Wato, BUSHI had arguably earned a sense of confidence against the blue haired prodigy, and some harsh comments in the process. Yet the last singles meeting between these two men saw Wato break his duck against BUSHI, third time proving the charm in Best of the Super Jr. 28. Will the momentum between the two men continue to swing in Wato’s favour tonight? 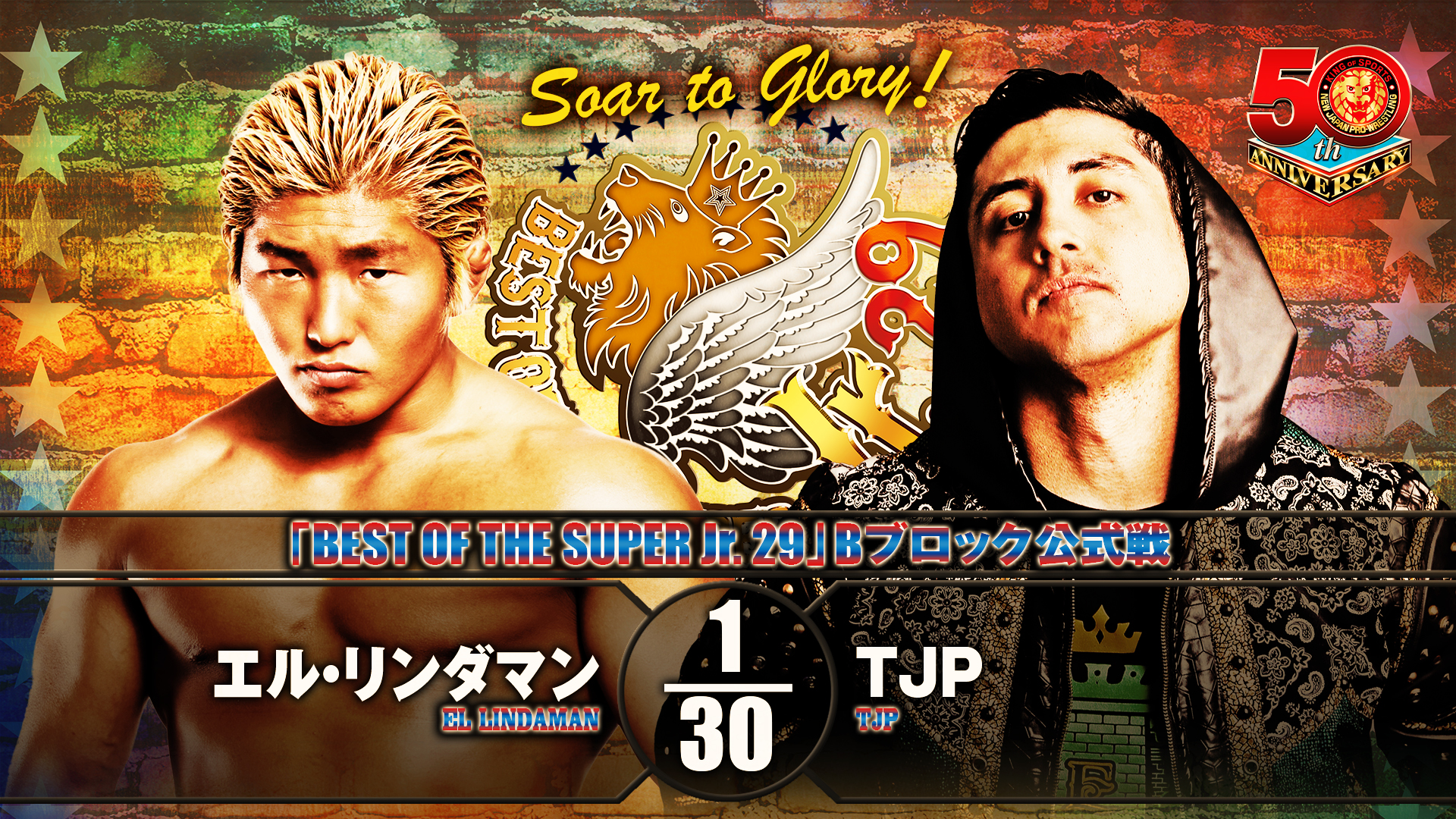 Now at two points, El Lindaman carried a lot of confidence into his first two bouts with Titan and DOUKI, but got a nasty surprise with an opening match loss to DOUKI, before bouncing back. A title retention over Shigehiro Irie in Korakuen Hall for GLEAT would give the G-REX Champion added focus, and a win over Titan in Aomori; just as he had predicted before the kick off.

Lindaman was a good bit more wary about TJP, stating in his pre-tournament interview that this match may be where ‘green lights turn red’. Could TJP, so close against El Desperado before finally being struck by Pinche Loco Thursday, turn the usually present grin on Lindaman’s visage upside down heading into the critical middle third in Korakuen Hall? 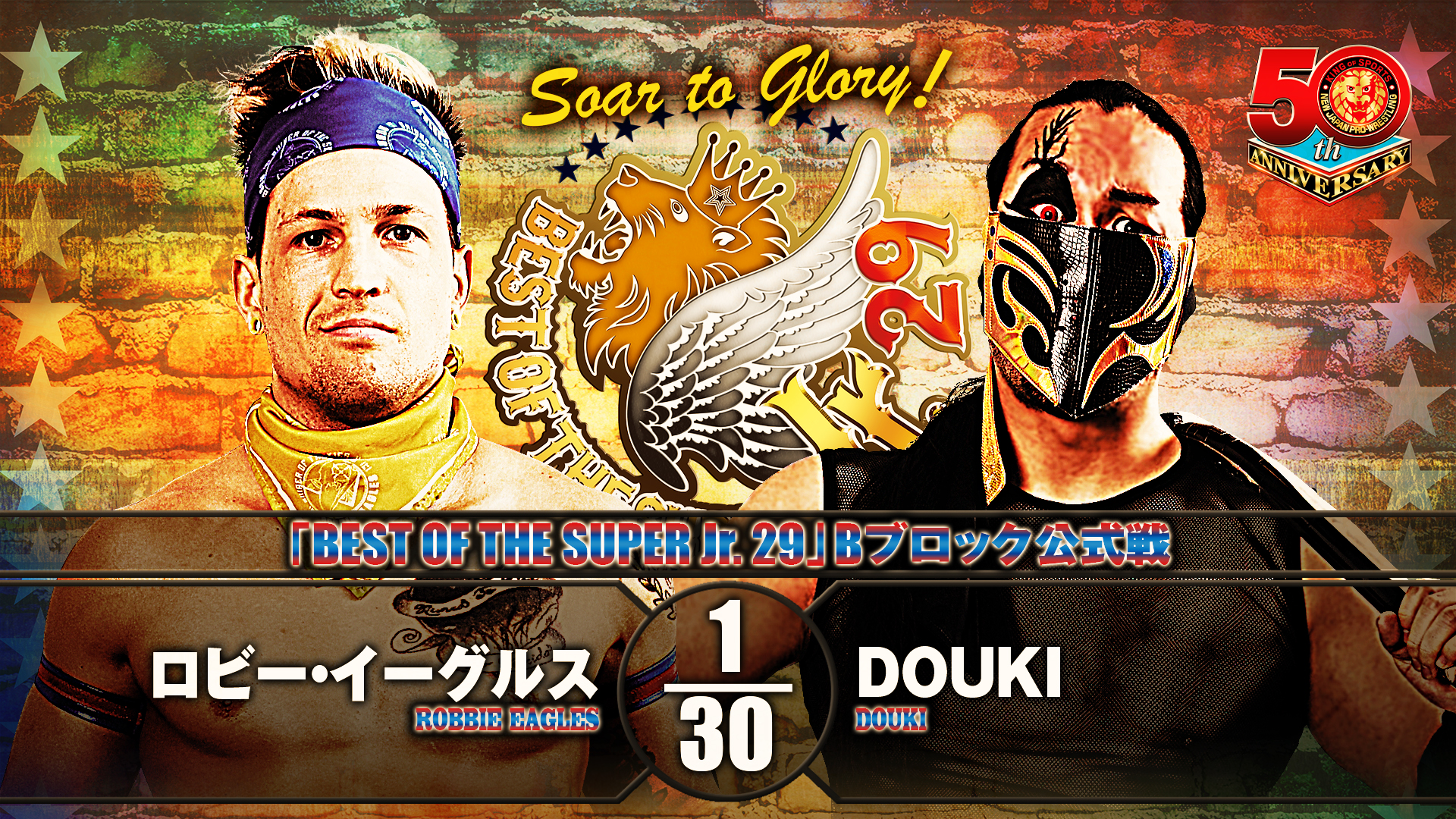 Sometimes attitudes don’t gel, sometimes fighting words turn personal, or sometimes the roots of dislike are more direct. Such is the case with Robbie Eagles and DOUKI, the two barely moments into their first meeting in 2019 when a blow with a chair split Eagles’ forehead wide open. Eagles went on to win their bout though, as he did in 2020 and 2021 meetings, more than paying back the chair shot, and making DOUKI all the hungrier to put the Sniper away. After both men started their campaigns with wins over champions in the form of Wheeler Yuta and El Lindaman respectively, DOUKI stumbled against Wheeler Yuta, while Eagles dictated the pace against BUSHI before being struck with the MX; will Eagles maintain his superiority, or can DOUKI shoot down the sniper? 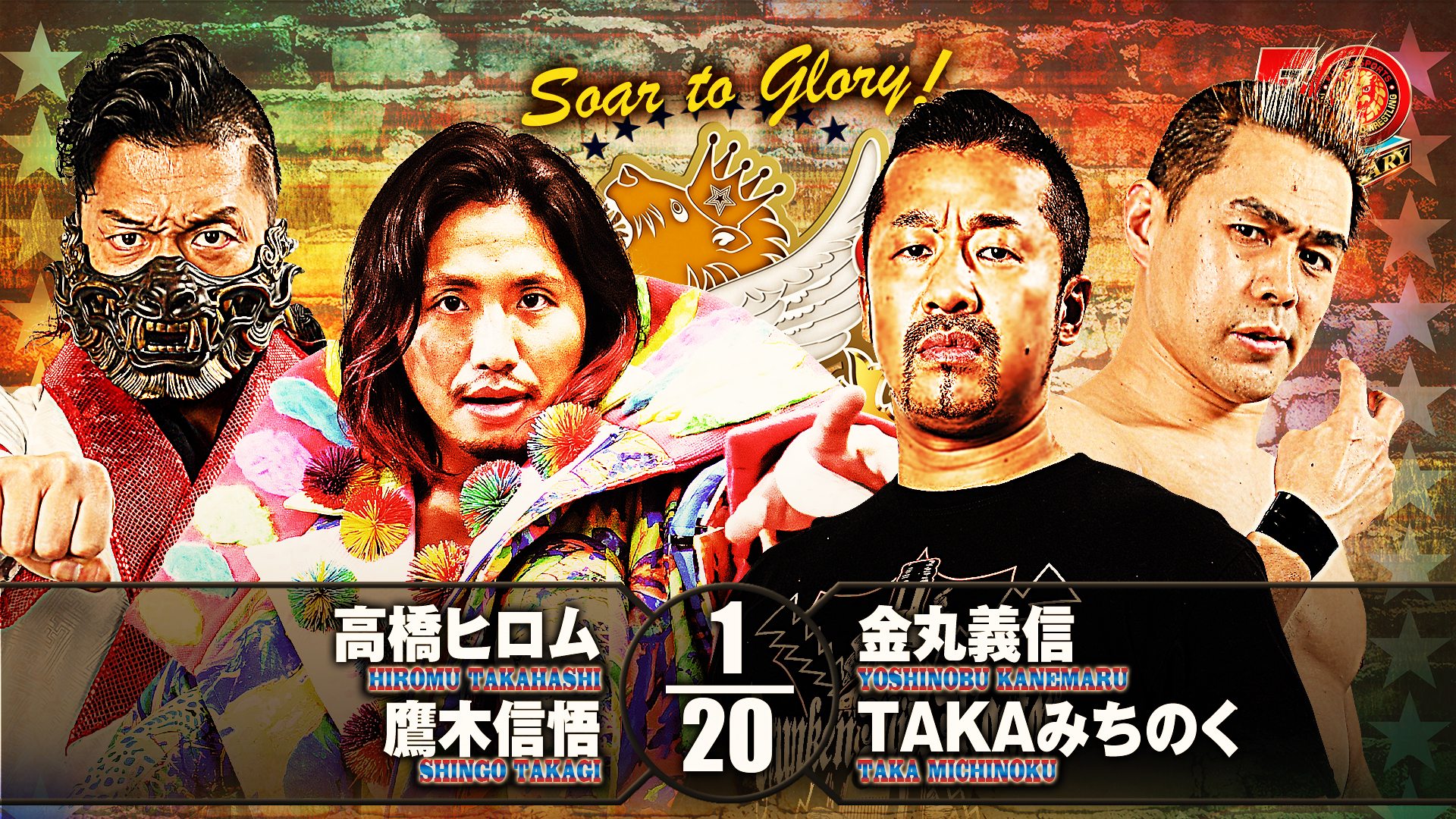 After Shingo Takagi and Hiromu Takahashi picked up a win together in Aomori Thursday, the LIJ duo reforms to face Yoshinobu Kanemaru and TAKA Michinoku. With cards consisting of ten singles matches from Tuesday in Korakuen onward, this will be the last tag team preview of the tour. Will Hiromu or Kanemaru use information gained here in the Hall 48 hours later? 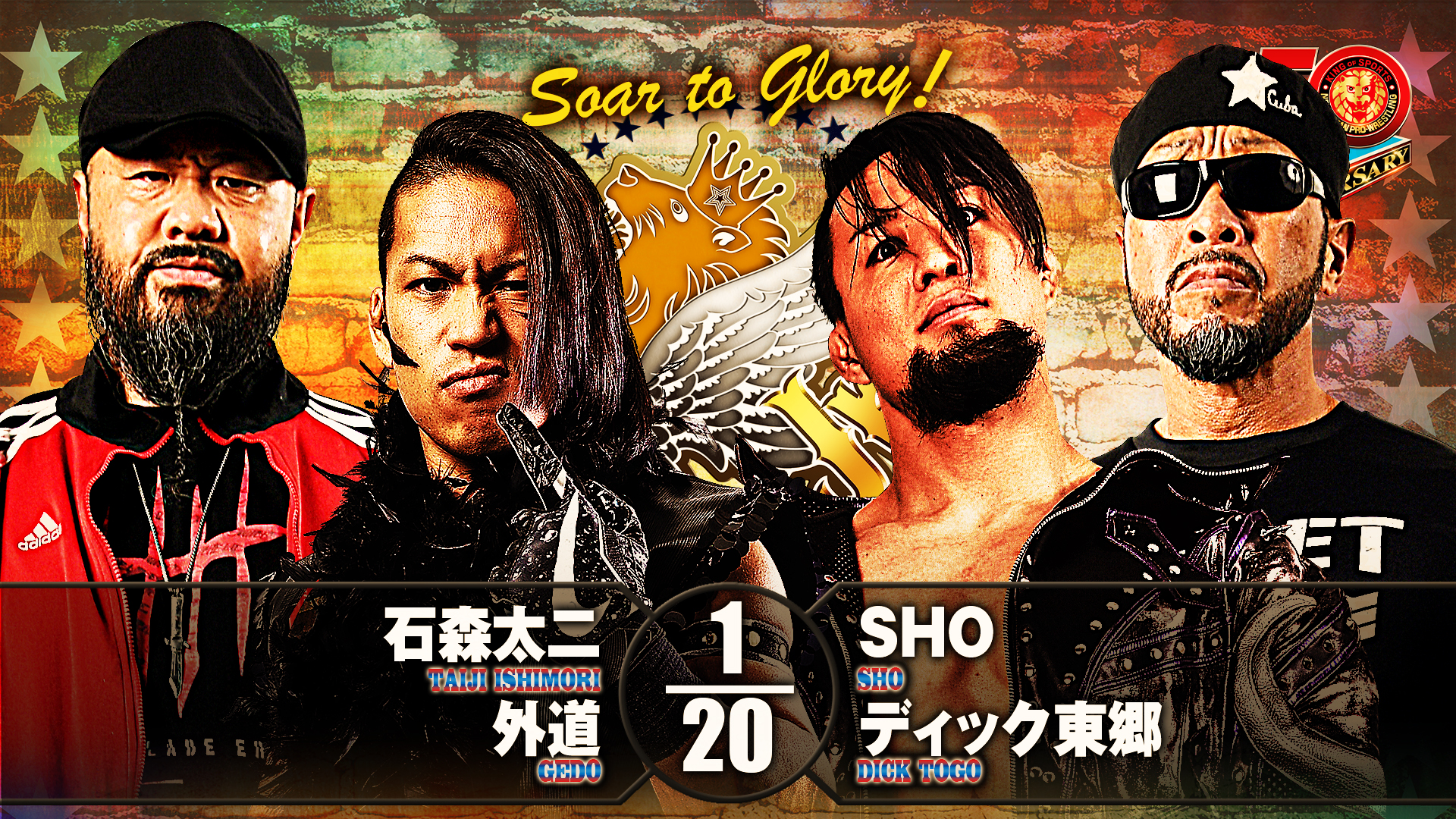 With a BULLET CLUB derby next on the agenda for Taiji Ishimori and SHO, teammates turn opponents tonight in this tag team preview. Will team orders prevail, or might one of these four break rank in a bid to gain an advantage before Korakuen? 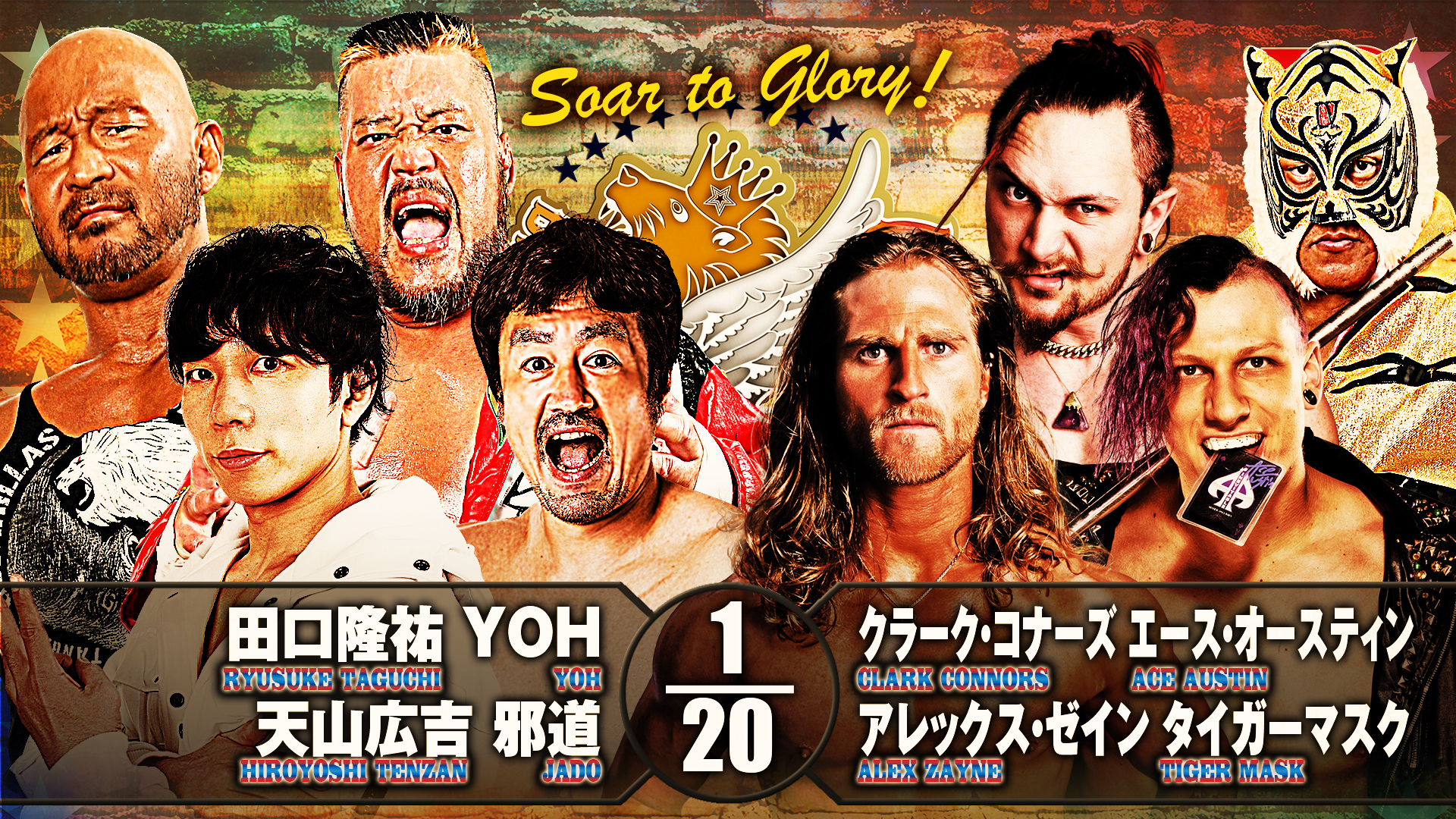 An all star collection of tag team previews kicks off the evening. Akita will be fired up for a high energy start when these eight get going Sunday!