May 29 sees the penultimate night of Best of the Super Jr. league action in Ota-ku Prefectural Gymnasium. With the pinch being felt, both block participants wioll be setting themselves up to try and soar to glory in the Nippon Budokan Friday. 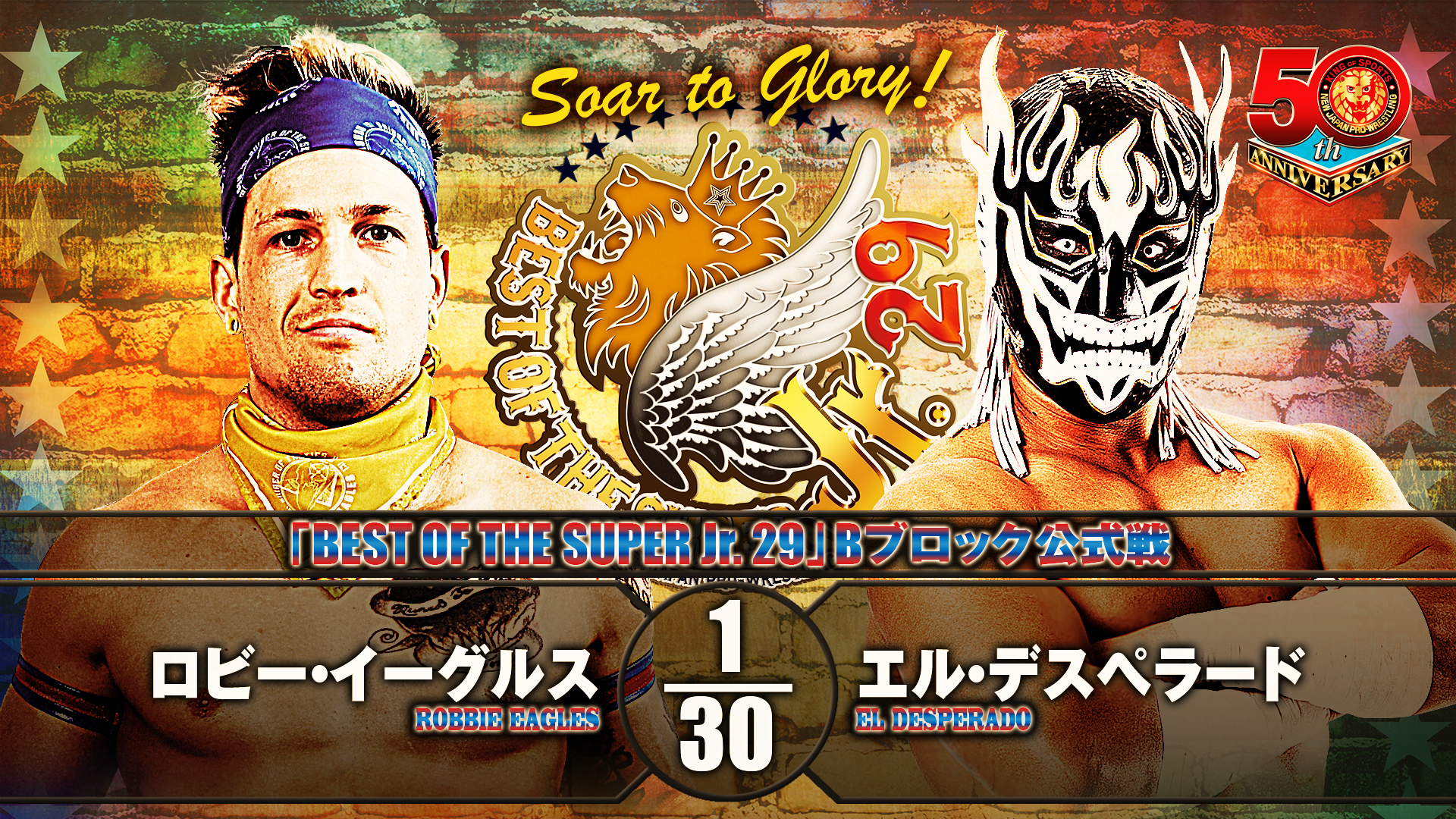 A 3-1 singles record for Desperado over Robbie Eagles suggests form is in the favour of the ten point El Desperado tonight in this critical main event. Yet the one win on the ledger for Robbie Eagles itself came under the most critical and significant circumstances. Few bet on the Sniper of the Skies as he headed into Wrestle Grand Slam in the Tokyo Dome last July, but Eagles would endure Desperado’s agonising assault to the knee, and responded in kind, eventually securing a tapout victory to claim the IWGP Junior Heavyweight Championship.

Though Desperado regained the gold in November 2021 at Power Struggle, the lesson had clearly been delivered that Eagles can win big when the stakes are highest, and beat Desperado in the process. After already picking up a main event win over nemesis El Phantasmo, now he seeks to make a huge stride toward the final tonight in Ota. 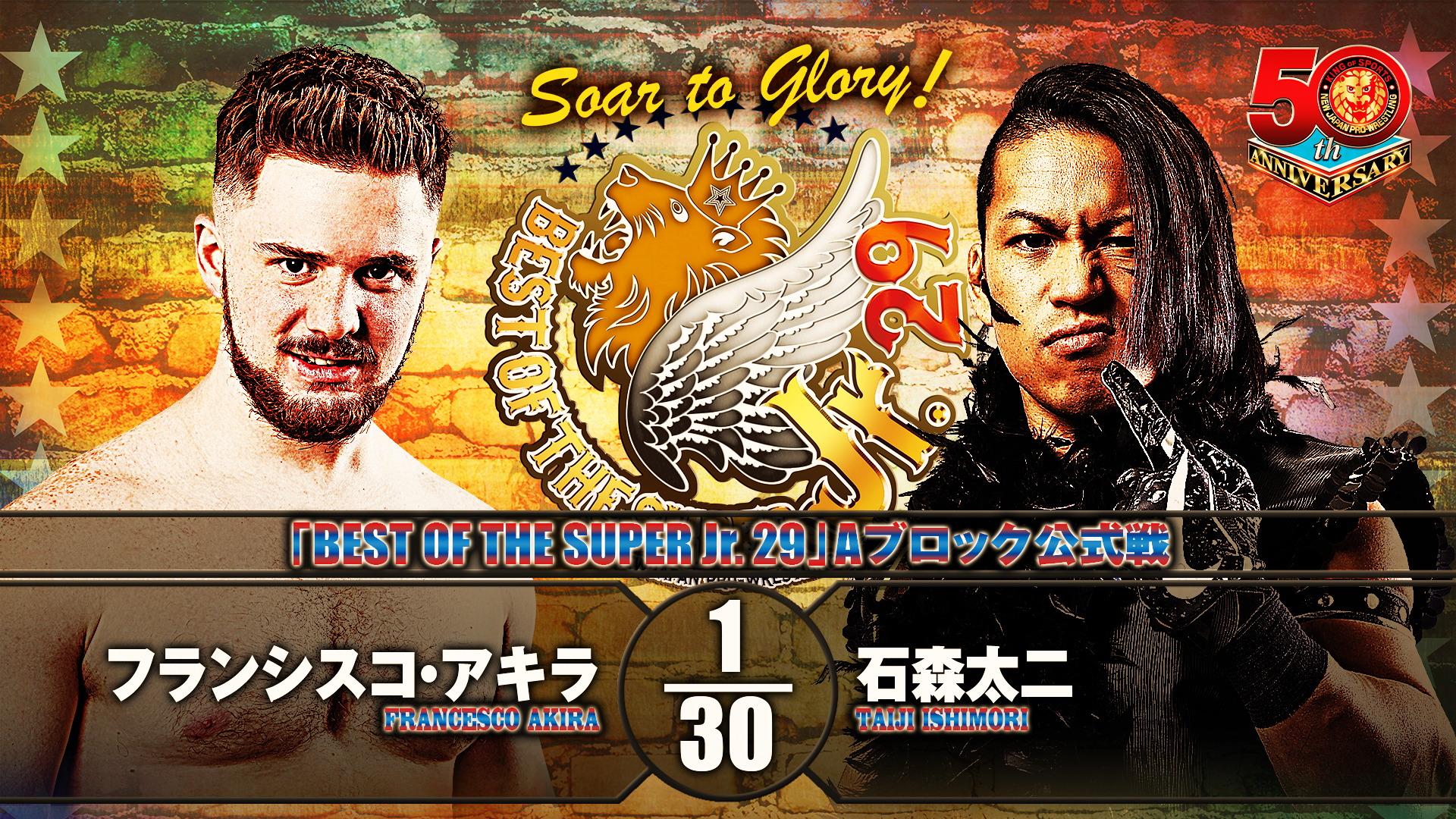 Francesco Akira heads toward the close of his first NJPW tournament with a rocky 3-4 record. Though his negative win:loss ratio and (as near as could be) elimination from the tournament are a source of diappointment, his explosive pace and aggression has given him a brace of victories. Now he could earn the biggest win possible by polishing off the IWGP Junior Heavyweight Champion. With Ishimori at ten points, that win would put Ishimori on the bubble heading into the last night on Tuesday, and Akira would like nothing more than to light that fire underneath the Bone Soldier, while hoping for a lot of help and a sizable tie at the top. 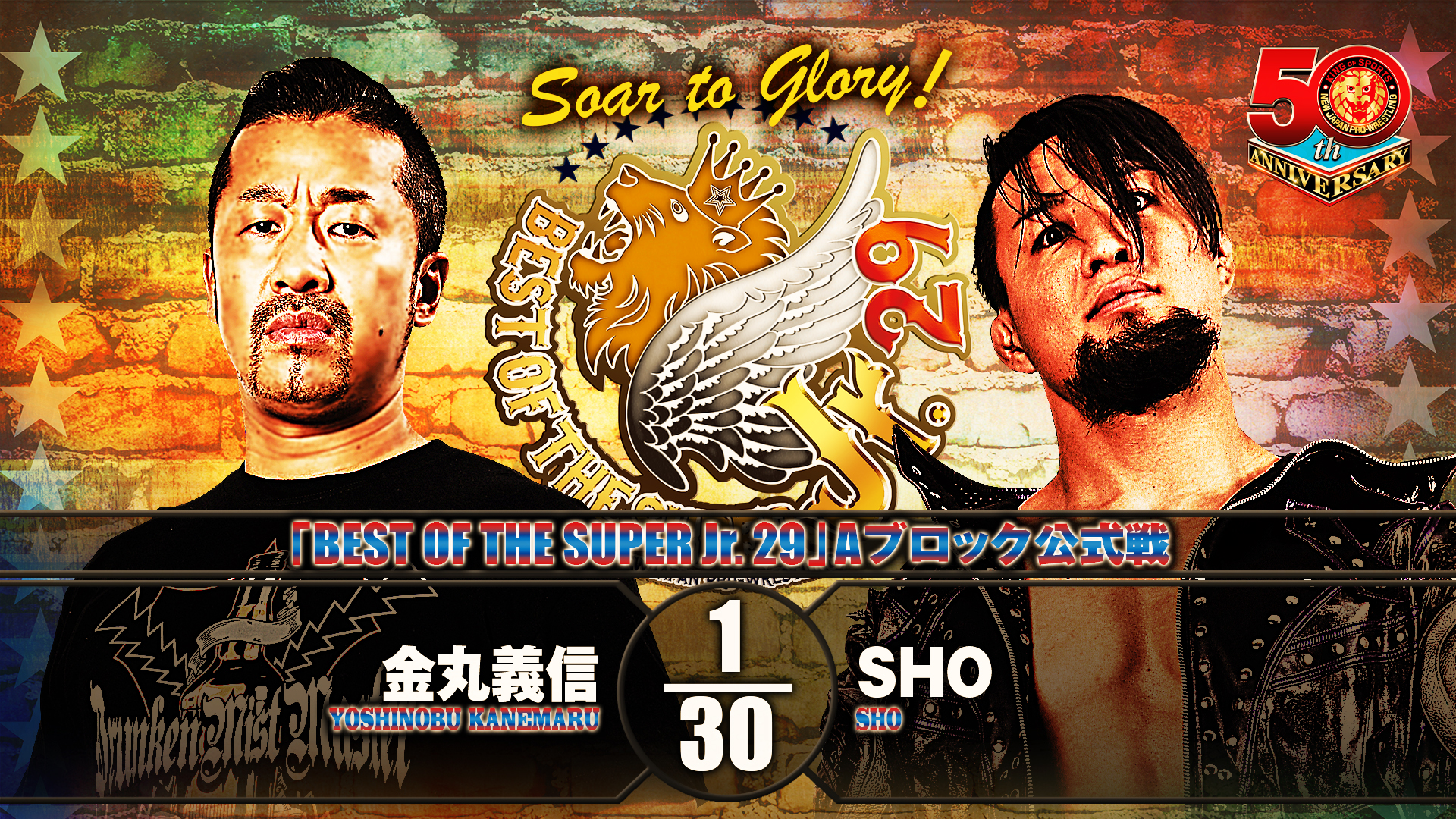 With SHO and by extension HOUSE OF TORTURE at eight points and a threat to the finals in the Budokan Friday, it’s fairly safe to say that Heel Master Yoshinobu Kanemaru will reassume his position from last year’s tournament as Babyface Master as he seeks his third straight singles win over the Murder Machine. Kanemaru’s Korakuen success in 2021 was his second victory over SHO in the Hall, and now in the larger scale of Ota-ku he wants to make it three whether or not his own spot in the finals. However many tricks H.o.T have up their sleeve, they are unlikely to show anything the Heel Master hasn’t seen, or invented before; can Kanemaru stop SHO tonight? 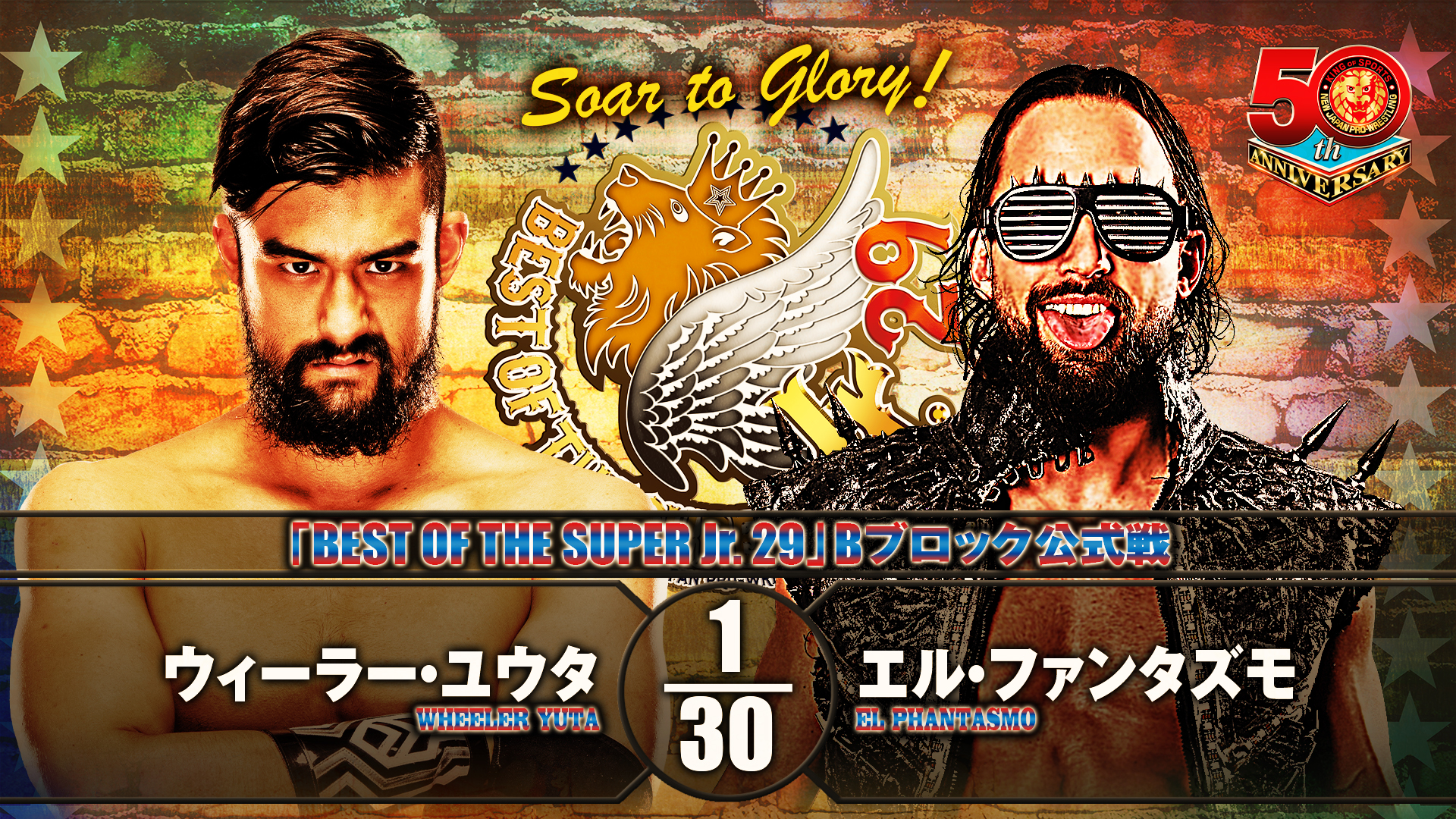 With two points separating the 4-3 Wheeler Yuta from the block leading El Phantasmo, this match could seal the fate of both men as they head into the final night Tuesday. With a grueling main event loss to Robbie Eagles followed by a hard fought win against TJP, Phantasmo is hurting as much if not more than any of the twenty in the tournament; Yuta bounced back after his loss against El Lindaman in Korakuen Hall to get past Master Wato, and will fight with all he has to stay in the running. 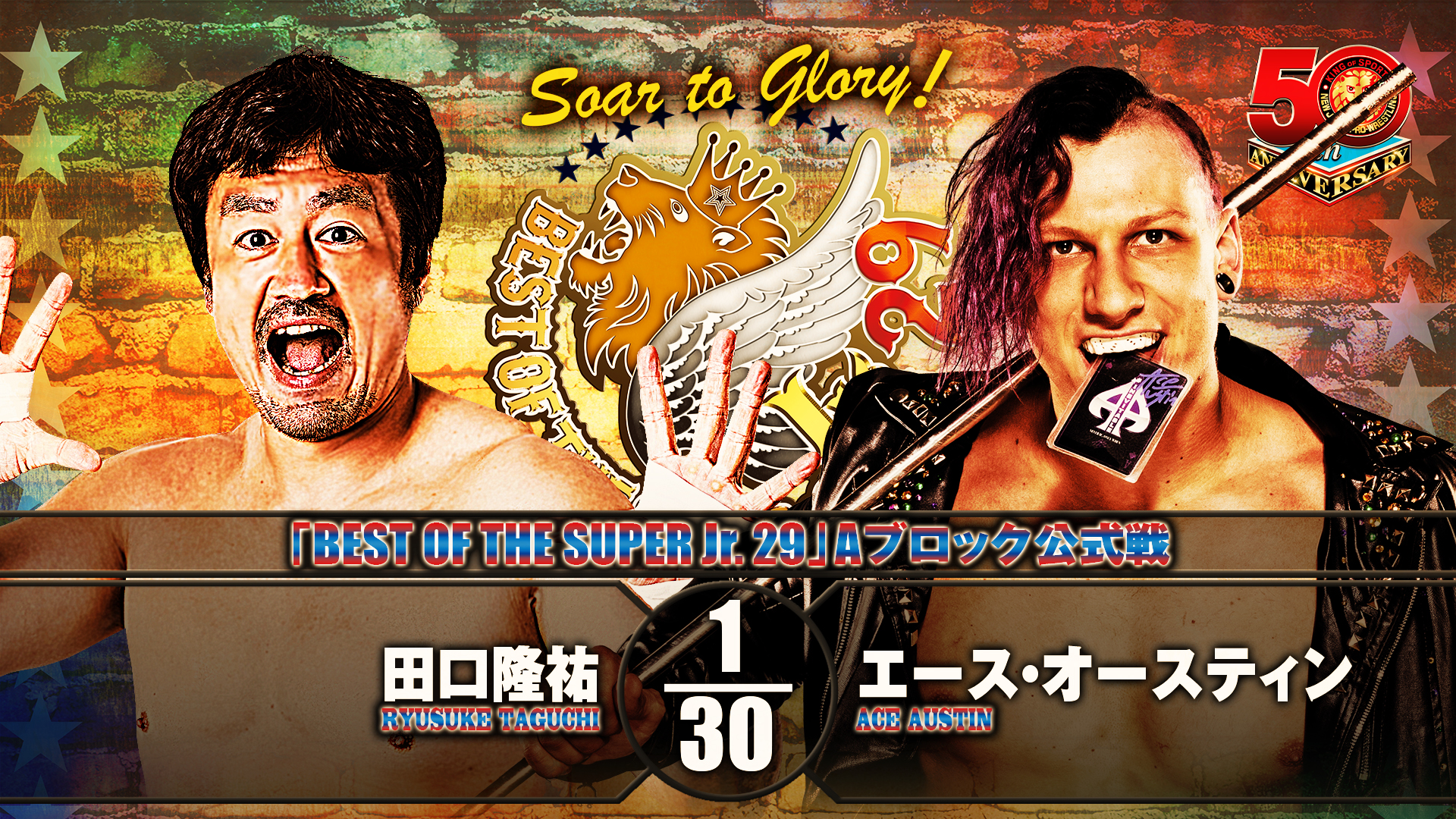 Still at the top of A Block at ten points albeit shared with Ishimori, it’s safe to say that Ace Austin has represented IMPACT and the X Division Championship to the utmost thus far. Yet his position in the finals on Friday is far from secure. Should he fall to the four point holding Taguchi, and especially if the Coach makes use of his more… unique offensive arsenal, a stunning run for Austin could end in disgrace. 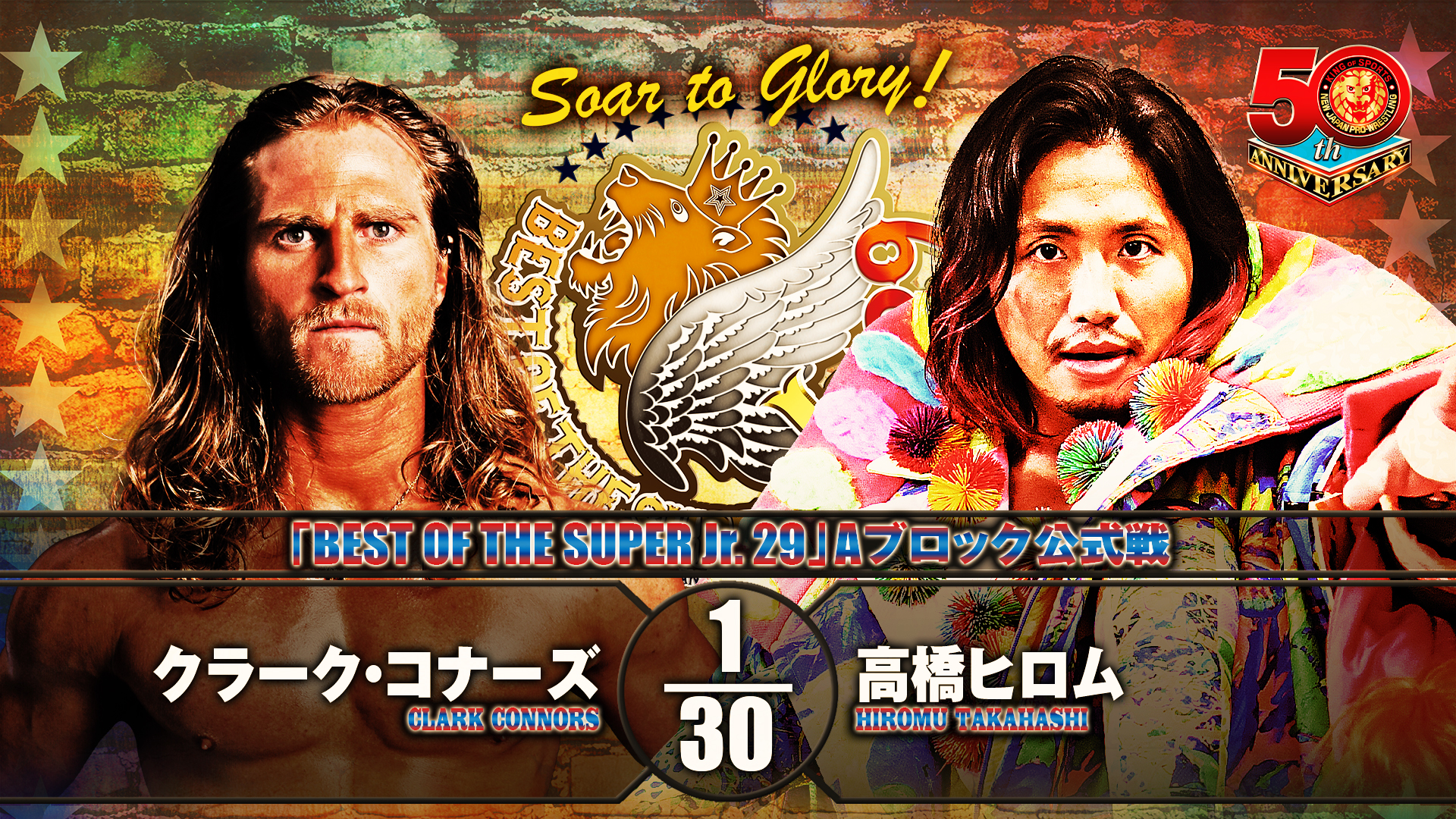 After a win over Alex Zayne saw him to eight points, Hiromu Takahashi’s back is still against the wall as he faces his penultimate opponent in Clark Connors. While Connors’ three match win streak ended against Ishimori in Makuhari, he could hav a convoluted back door to the finals an all hope is not quite lost. Hiromu is well aware of the threat Connors’ brute strength and phenomenal conditioning present, and an extra two points is in no way guaranteed tonight in Ota. Can he keep hopes of a history making fourth trophy win alive? 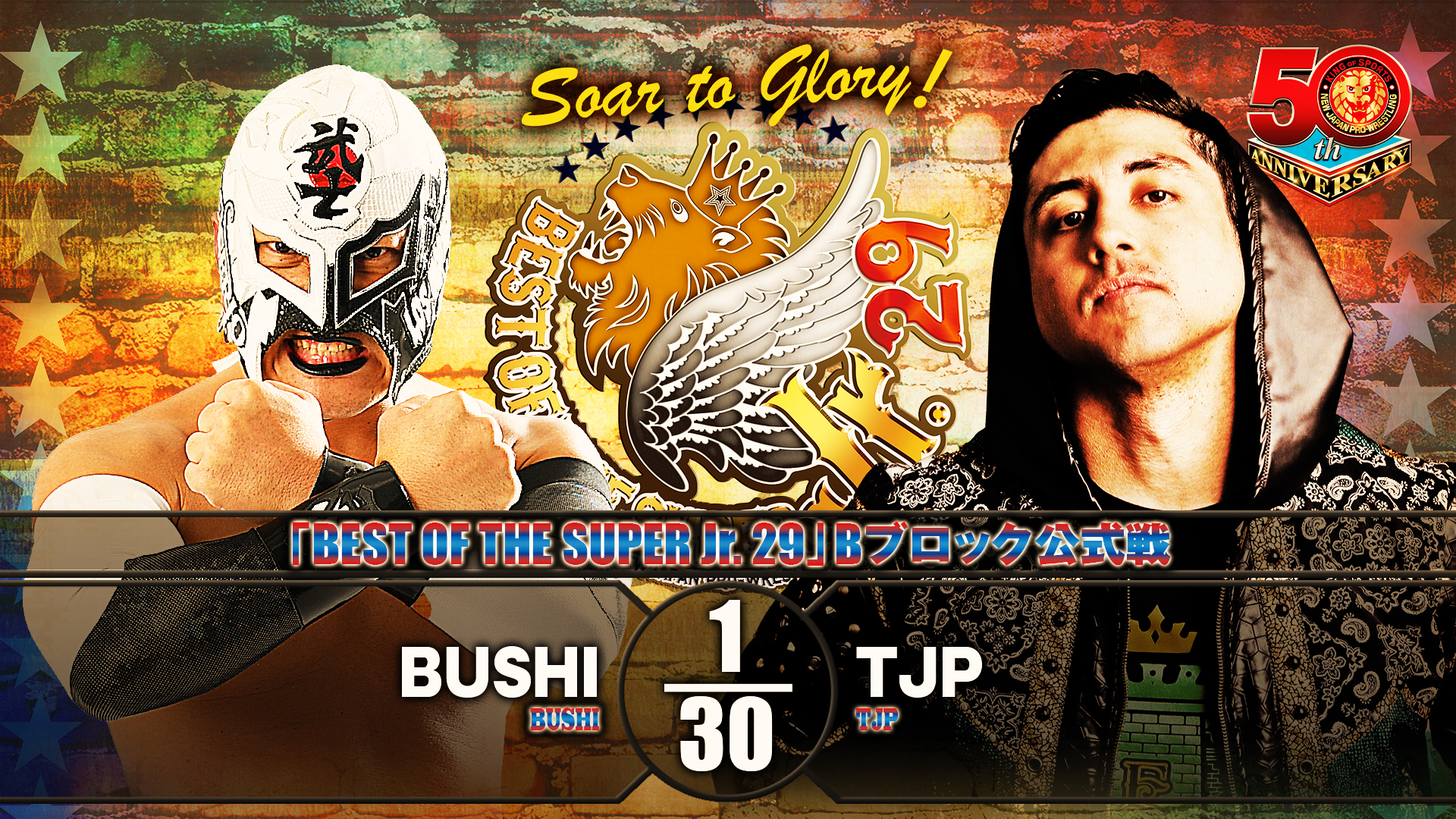 At  six points and three wins off the minimum winning pace, BUSHI and TJP are now just playing for pride, and to make a statement for the months to come in the junior division. Two master strategists with a wealth of painful offence, who emerges on top tonight? 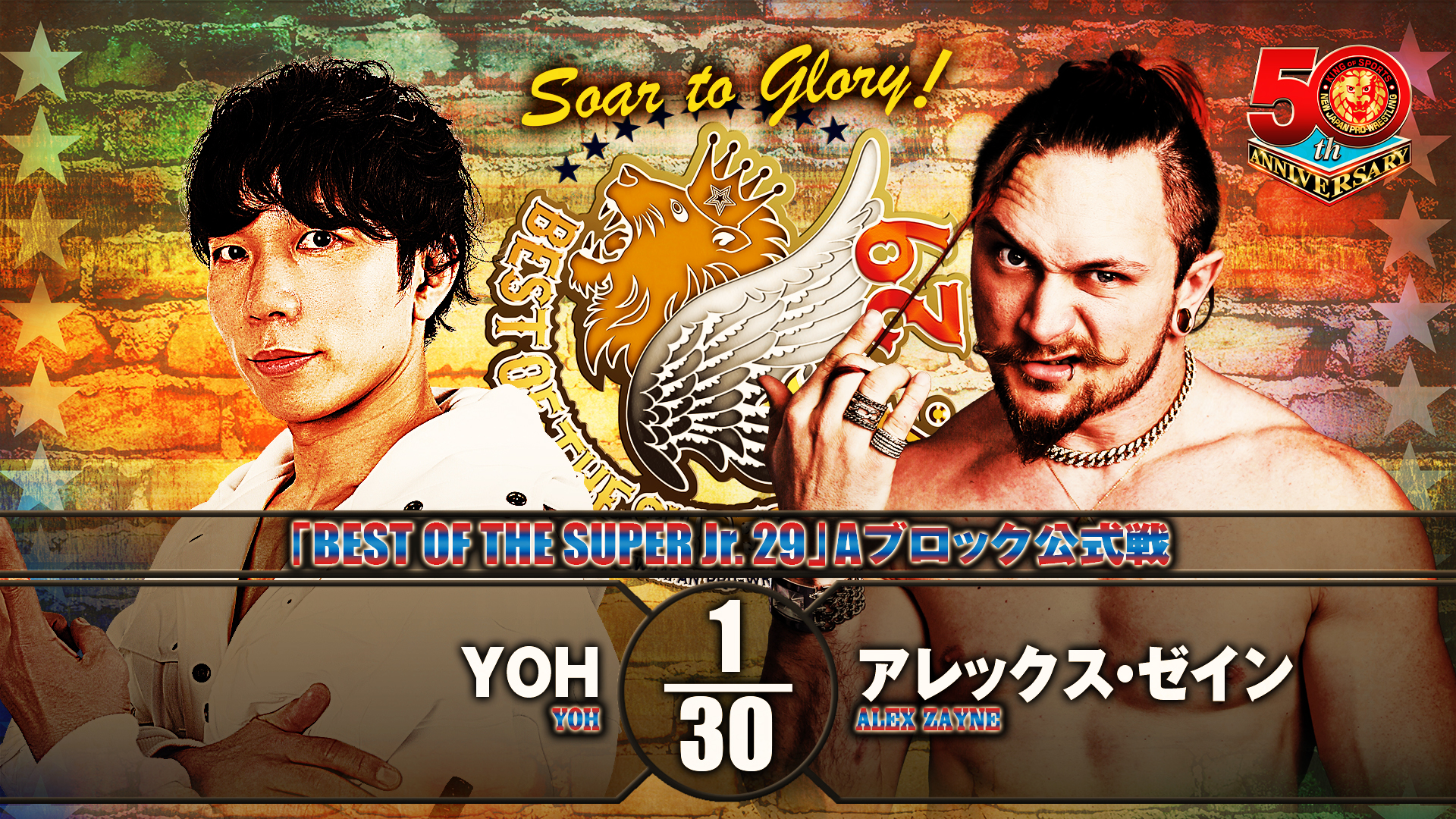 At six and eight points respectively, it’s put up or shut up for the must win YOH and Alex Zayne. With YOH’s classical style and cognitive approach compared to Alex Zayne’s charismatic dynamism, this is a big styles clash on paper; whose wrestling philosophy proves stronger? 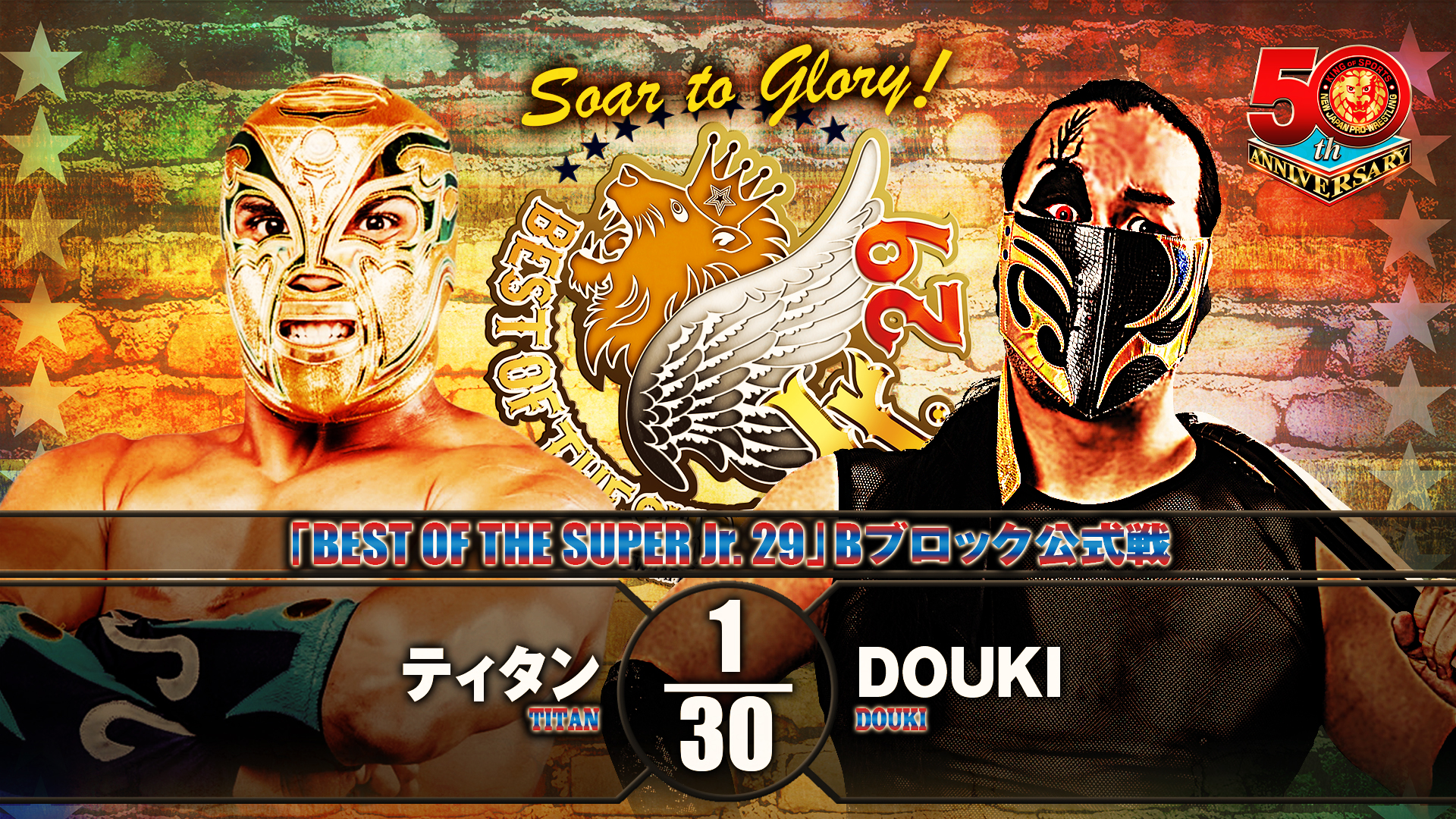 After an emotional loss to El Desperado, DOUKI is out of the running, but as he fights to get results in this results driven world, he again faces an opponent with greater personal significance than just another potential two points on the board. As DOUKI toiled on the independent scene in Mexico, Titan was in the early years of honing his trade under the bright lights of CMLL. DOUKI’s independent spirit rails against the star; now they finally face off one on one, will Titan show a difference in levels, or will DOUKI strike a blow for, in his words ‘the CMLL haters’? 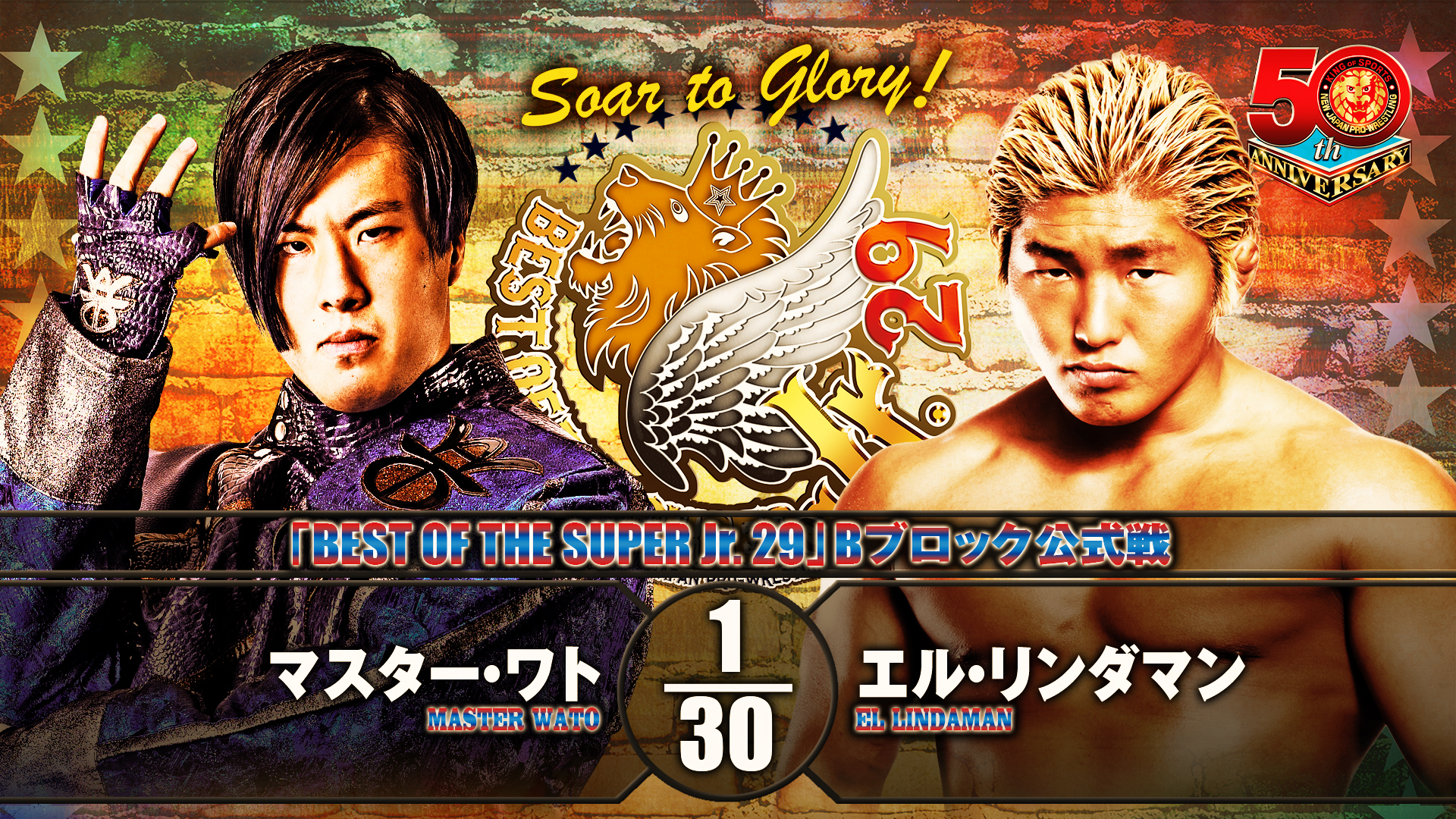 Master Wato has had a mixed Best of the Super Jr en route to  points and mathematical elimination. Lindaman has joined several critical voices of Wato’s, but offered that the hontai star could make the pieces fall together, and suggested he could make Wato do just that in this opening bout. Then again, at eight points and needing a win to stay in the hunt, it may be all business for the G-REX Champion as he fights to stay in the conversation before the final league matches Tuesday.