Card revealed for tournament final in the Nippon Budokan

After three thrilling weeks and incredible events across Japan, the Best of the Super Jr. tour reaches its final destination of the Nippon Budokan on Friday June 3. An epic rivalry continues in our historic main event, while significant steps will be made on the road to Dominion in Osaka Jo Hall June 12.

Watch the Best of the Super Jr. final LIVE in English on NJPW World! 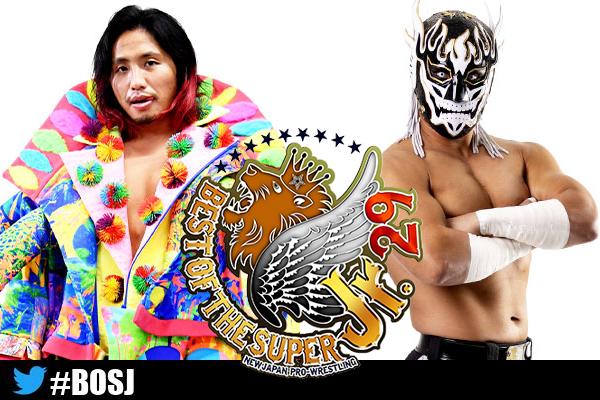 The main event sees the seventh singles encounter of a bitter rivalry between El Desperado and Hiromu Takahashi that has come to shape junior heavyweight wrestling in NJPW and the world at large.

Hiromu heads into the tournament final on the precipice of history. The first since Tiger Mask in 2004-2006 to make three consecutive finals, victory tonight will bring an unprecedented threepeat of tournament victories, and make him the first to win four Best of the Super Jr. trophies overall, beating out Koji Kanemoto’s record of three. Takahashi has talked about the significance of shaping junior heavyweight history, and breaking new ground will bring him closer still to his dream of headlining the Tokyo Dome with the IWGP Junior Heavyweight Championship. Yet his opponent has a different vision of a common goal.

Desperado headed into last year’s tournament at the beginning of a transformative second reign as IWGP Junior Heavyweight Champion. Once reluctant to lead, hr shouldered the responsibility of a champion in BOSJ 28, but fell just short of a final appearance, thanks in no small part to a 30 minute time limit draw over Hiromu himself. After the time limit elapsed, Hiromu would urge Desperado to promise they would meet in the final, but the two did not. Instead, Takahashi’s victory would see the two collide at Wrestle Kingdom, where an impressive Desperado victory, wrestled on his own terms, saw Suzuki-Gun’s masked master cast in a whole new light by fans and wrestlers alike all over the world.

Desperado has long shed tall shadows of his junior peers and Suzuki-Gun teammates to stand on his own in a prominent spot in the division. Yet he has never won a Best of the Super Jr. trophy, one he wanted so much that he willingly demasked to bring fire and fury to Hiromu the last time they fought on the final stage in the Budokan in December 2020. Will he finally soar to glory on June 3, or will the Time Bomb make history? 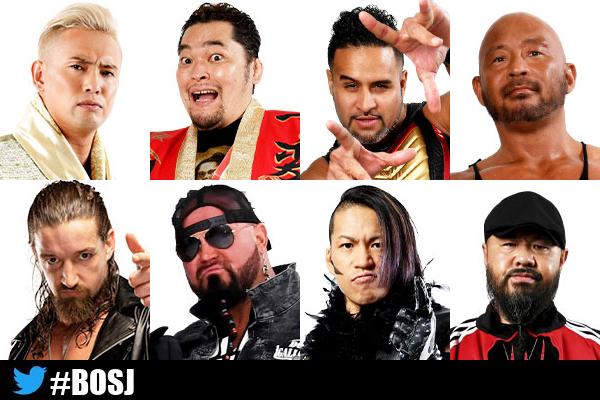 A preview of Dominion’s main event clash will see IWGP World Heavyweight Champion Kazuchika Okada return to action for the first time since Capital Collision to face his Osaka Jo Hall challenger Jay White. After the Switchblade attacked Okada with two Bladerunners following Dontaku’s main event, the two men were put on a collision course toward June 12, but Okada’s desire for revenge against the BULLET CLUB leader would only see him fall to the ‘catalyst of professional wrestling’ and Hikuleo in Washington DC. Now both seek the upper hand in their final meeting before Dominion.

Meanwhile NEVER Openweight Champion Tama Tonga is slated to face Karl Anderson in his first defence on June 12. Anderson and Good Brothers partner Doc Gallows made their shocking return to Japan after six years on May 1, laying out the new champion just moments after he defeated EVIL. Before he takes on his early career mentor in Osaka, what happens when Tonga gets his hands on Gallows tonight? 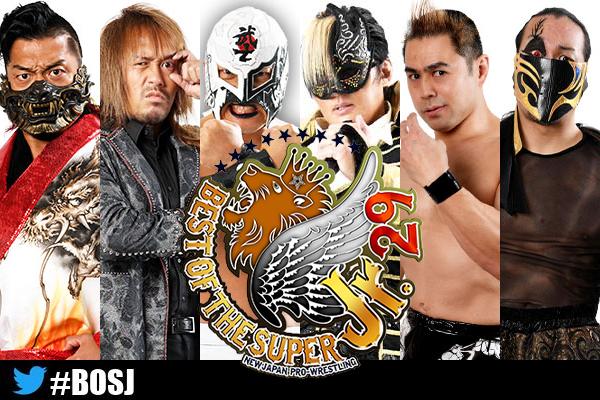 Having fought to a stunning first time 30 count fall match during the Golden Fight Series, Shingo Takagi carried the KOPW 2022 trophy into the Fukuoka PayPay Dome back on May 1, where Taichi was waiting. A shock Taichi style Gedo Clutch would pin the Dragon for a six count in the tag team opener to Dontaku, and Taichi was quick to use his victory as a springboard to challenge for a rematch. That bout will take place on June 12; could we get an indication of the rules each man will bring tonight? Meanwhile, with massive events brewing for the rest of June heading into the G1 Climax, Tetsuya Naito is always at his most dangerous when he seems as if he’s without a plan. Just how will he approach the start to his summer? 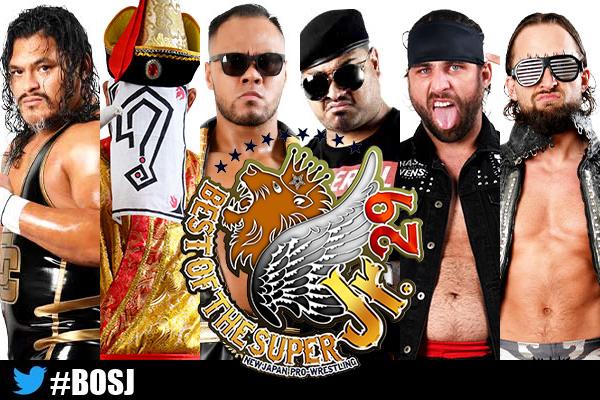 After losing the IWGP Tag team Championships in a three way at Dontaku to Bad Luck Fale and Chase Owens, Great-O-Khan and Jeff Cobb were quick to get back on the horse. Knowing they weren’t involved in the three way decision, the former champions quickly demanded a direct rematch, which was soon set for Dominion. Not content with one set of tag team belts though, they would quickly hunt for a second, attacking both FTR and Roppongi Vice on AEW Dynamite to stake a claim to the ROH Tag Team Championships to boot. Anything could happen on the road to the Forbidden Door opening in the United Center on June 26, and this six man tag bout will be just a taste.

Plus, even as El Phantasmo was eliminated from the BOSJ finals hunt, the Headbanga would insist that he be part of the G1 Climax 32 lineup. In the face of three incredibly tough heavyweights tonight, how will ELP state his case? 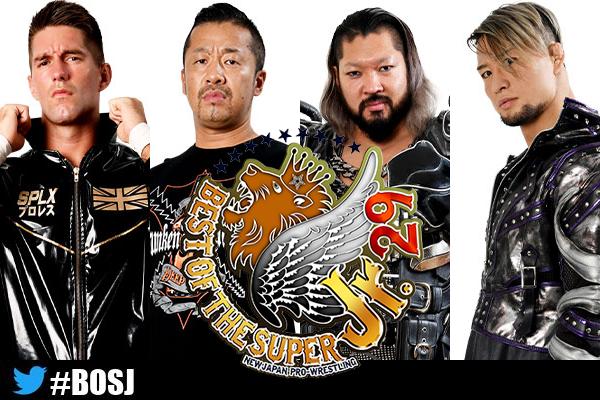 Nothing creates a feel good moment like SHO and, by extension, HOUSE OF TORTURE receiving their comeuppance. On Sunday in Ota-ku that’s exactly what happened as ‘Babyface Master for the night’ Yoshinobu Kanemaru quickly deactivated the Murder Machine and pinned him with Touch Out to ensure his early exit from BOSJ contention. Now though, SHO has enlisted EVIL to enact revenge. Will he get it opposite Kanemaru and the returning Zack Sabre Jr.? 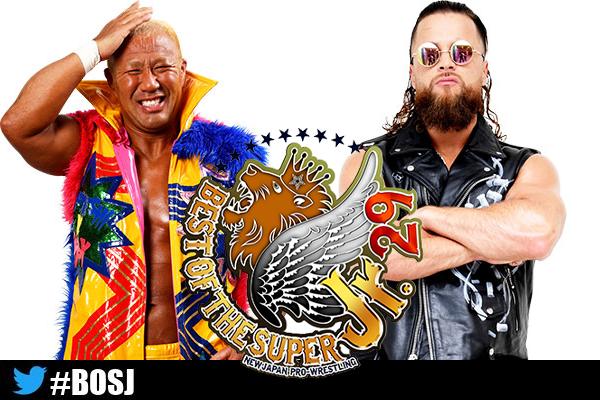 The new IWGP US Champion Juice Robinson will be facing Tomoaki Honma in non title singles action. ‘Rock Hard’ Robinson quickly thrust himself into the main event scene by attacking Hiroshi Tanahashi at Dontaku and being slotted into an IWGP US four way in Washington DC. Seizing the red belt for the third time at Capital Collision, Robinson now carries the US gold into the Budokan where he seeks to make an example of Honma. 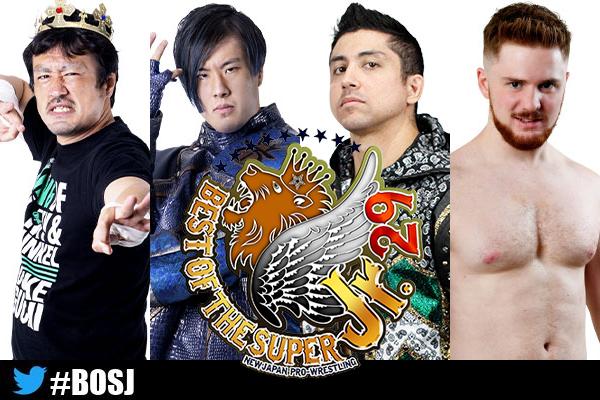 IWGP Junior Heavyweight Tag Team Champions Ryusuke Taguchi and Master Wato will face Francesco Akira and TJP in non title tag team action in the Budokan. Before the start of BOSJ 29, TJP would declare he wanted to leave Japan with new accessories, and directly called out Master Wato before defeating the young star in convincing form in his campaign opener. Conversely, Taguchi would leave his usual ‘funny business’ at the door when he took on Akira in the league, and defeated United Empire’s Nova Fireball. Could a singles impasse be broken in tag action tonight, and will United Empire be able to earn a title opportunity? 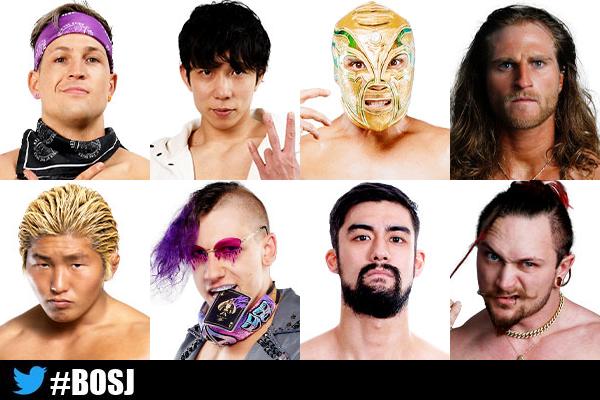 Kicking off the night’s action, an eight man tag team bout will see participants from both tournament blocks square off in what’s sure to be a high energy opener. With the ROH Pure, IMPACT X Division and GLEAT G-REX Champions all on one side, there will be a lot of targets for Eagles, YOH, Titan and Connors to take aim at, but will they be able to hit the mark?