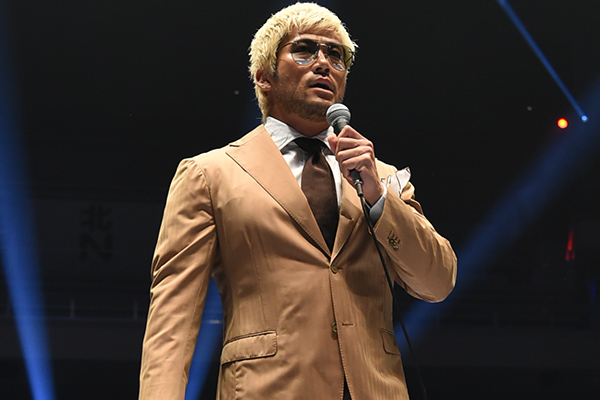 Watch the Best of the Super Jr. final replay now!

The IWGP United States Championship, often a source of controversy, and always a hot button topic, saw lines further blurred at the Best of the Super Jr final, as fate waylaid the champion and a new challenger emerged.
Juice Robinson was unable to attend due to emergency treatment for appendicitis, the Rock Hard champion being removed from the Nippon Budokan card June 3. More information will be provided on Juice’s condition as it becomes available.
Yet Robinson May find himself with a concrete date to contend with as far as his US Championship is concerned. At the midway point of the evening, SANADA greeted fans with the message that he would be challenging for the championship at Dominion June 12 in his return match. Having never lost the title that he vacated back in April due to a fractured orbital bone, SANADA has a right to challenge the champion. Time will tell if there’s a champion to challenge in Osaka.
NEXT：BULLET CLUB Booste...