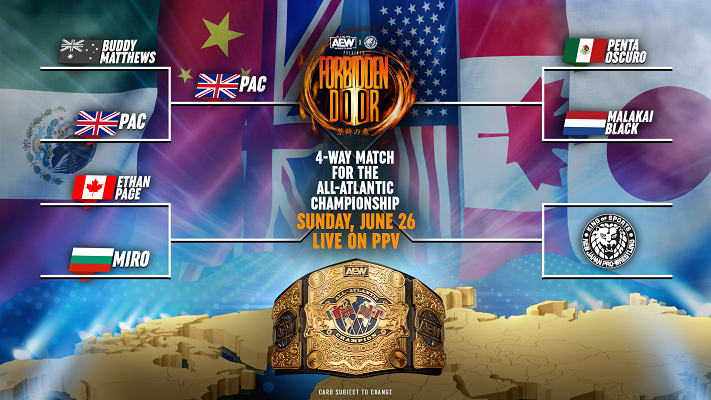 Wednesday June 9’s edition of AEW Dynamite saw the announcement of their All Atlantic Championship. The title will celebrate AEW’s international influence, and will see a four way final at Forbidden Door on PPV in Chicago’s United Center on June 26.

The four way entrants will include one representative from NJPW, decided in a qualifying match to be announced soon.

Already qualifying for the four way is PAC, who defeated Buddy Matthews to represent the UK in the final four way. PAC last competed for NJPW during the 2012 Best of the Super Jr. tournament. Bulgaria’s Miro will face Ethan Page of Canada, while Holland’s Malakai Black will meet Penta Oscuro of Mexico to decide the remaining tournament spots.