Sold out Hall sees All out War for Junior title 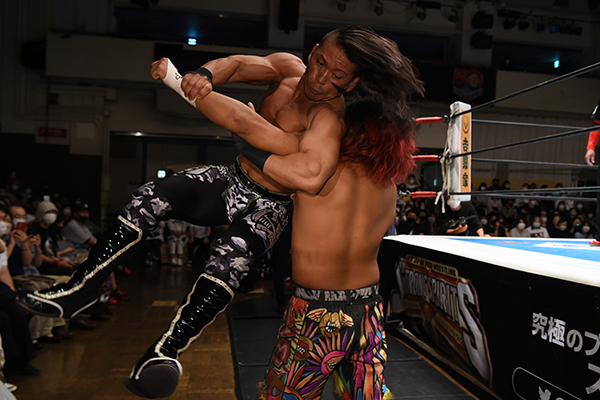 The main event of June 21’s New Japan Road event in Korakuen Hall would see Taiji Ishimori face the challenge of Hiromu Takahashi for the IWGP Junior Heavyweight Championship, 1380 filling Korakuen Hall as a tense tie up gave way to Hiromu starting to push the pace before Ishimori bailed to the floor.

Hiromu would follow, and quickly fell victim to a spectacular flying single arm DDT on the floor of Korakuen Hall, immense damage dealtoutside and compounded inside with use of an exposed turnbuckle. Hiromu would create space with a flying tijeras, and kept using his feet with a basement dropkick, but his arm still hung limply at his side, and was rattled as Hiromu landed a shotgun dropkick down the apron line. 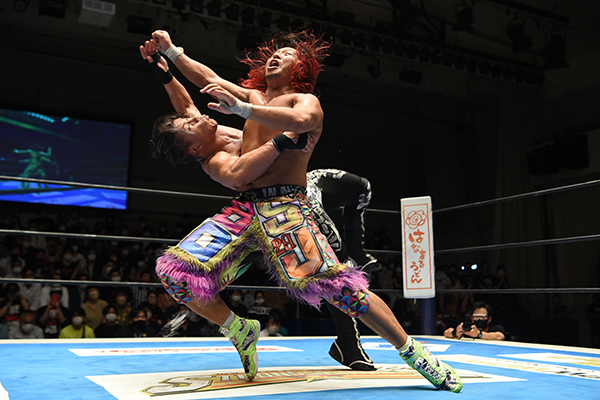 Ishimori knew how to exploit that weakness in the most punishing way possible, and after a Mistica failed and Hiromu looked for a Sunset Bomb, the champion would counter and lawndart Takahashi’s shoulder into the ringpost on the outside before hitting a triangle quebrada. Hiromu would battle his way back into the match as he resisted Cipher Utaki, but didn’t have the power to cinch in D, getting spiked with a powerbomb and a Destroyer.

The champion charged in for the kill but was hurled instinctively into the corner with an overhead belly to belly. Both men would reset and clash elbows and wills as Hiromu started to find his wheelhouse, getting two from a lariat and then Victory Royal. Ishimori worked for Bloody Cross, but was countered with a corner DVD; still the champion escaped Time Bomb and again pitched Hiromu shoulder first into the exposed corner. 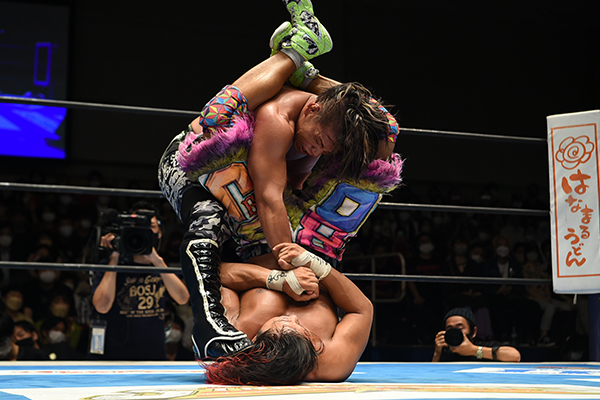 Now Ishimori felt the time was his, and connected with the Mistica into Yes Lock, the challenger just barely making the ropes as the match passed 25 minutes. Wanting to finish his rival on the apron, Ishimori landed a vicious piledriver on the apron, and Cipher Utaki in ring, but still Hiromu didn’t stay down for three, barely lifting his good shoulder as Ishimori howled in frustration.

A Bloody Cross should have ended things, but a hurricanrana counter instead saw Hiromu lock in D. Ishimori worked to deadlift out but could not, and consciousness faded as Korakuen Hall became even more alive; boots from the champion would see the hold broken, only for Ishimori to be turned inside out with a Hiromu Bomber. As the match passed thirty minutes, a DVD into the exposed buckle connected, followed by Time Bomb, but this didn’t end the match either. 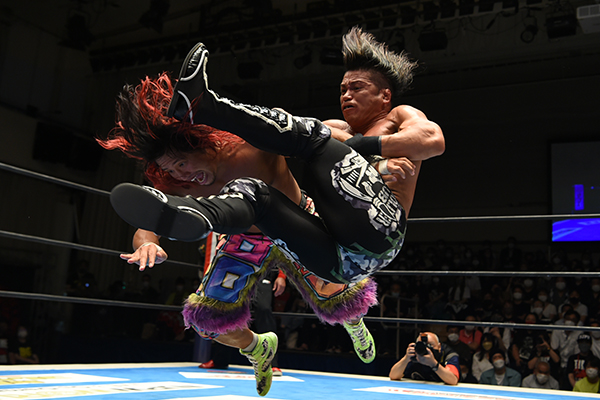 Takahashi went for Time Bomb II, but would be countered in mid air by the Bone Lock. As Hiromu inched his way to the ropes, the champion looked for Bloody Cross again, but was reversed into a Stunner. Both men collided with lariats and knees, the challenger gaining an advantage, but Ishimori resisted Time Bomb 2.5, putting himself on the top rope in the process; Hiromu wanted a super Time Bomb II but was caught in a hangman’s Dragon Sleeper before a super Bloody Sunday and finally the Bloody Cross for three- but a surprise challenger would await… 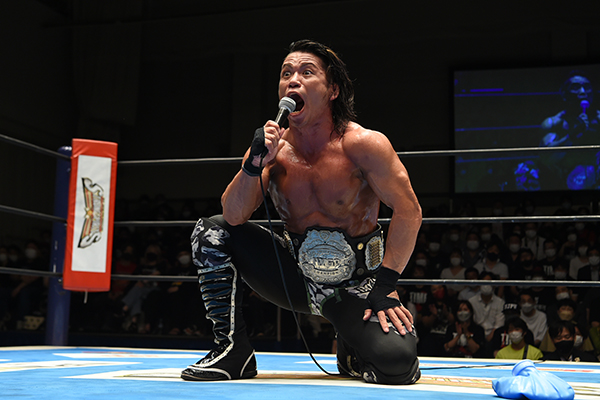