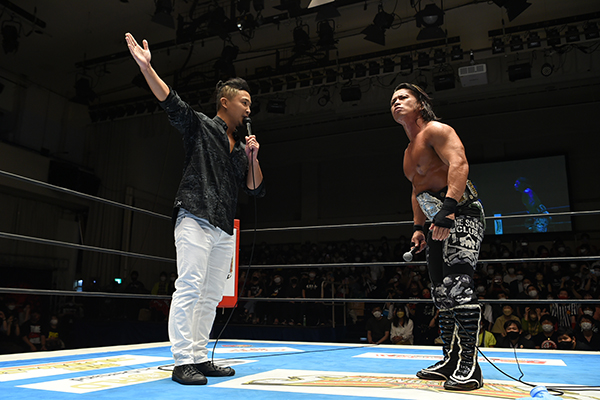 A wild night of incredible action on New Japan Road June 21 would have one last twist in the tale for the sold out Korakuen Hall crowd, as Taiji Ishimori, victorious in the main event was confronted by none other than KUSHIDA.

Taking the microphone, KUSHIDA would remind the crowd who he was, before declaring that he had just signed a contract ‘to spend the rest of my wrestling life in NJPW’. KUSHIDA would congratulate Ishimori on his performance, and for the sellout, but countered the champions claim that ‘there are no challengers left? Wrong. I’m here’. 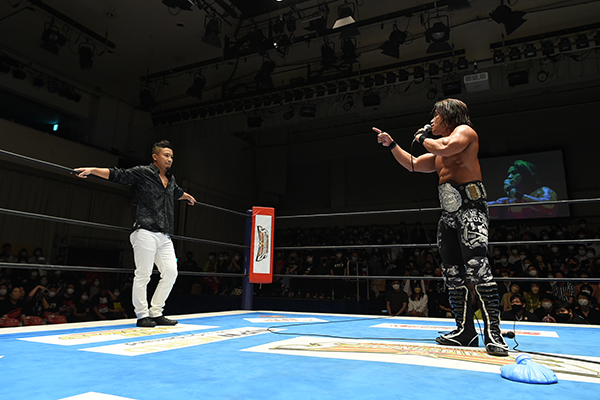 Ishimori would respond that KUSHIDA could not just walk into a title shot, and would have to prove himself over the coming tours before the Bone Soldier considers the returnee after the G1 Climax. At Wrestle Kingdom 13, Ishimori defeated KUSHIDA in what was the Timesplitter’s last IWGP Junior title match to date.

Backstage, KUSHIDA elaborated on his in ring comments, saying ‘I literally just signed my NJPW contract. Right now I’m still living in Orlando, Florida, but I’ll be moving to Los Angeles to make it easier to travel back and forth between there and Japan. I want to use the benefit of my experience and put the rest of my efforts and pro-wrestling life into furthering NJPW around the world. 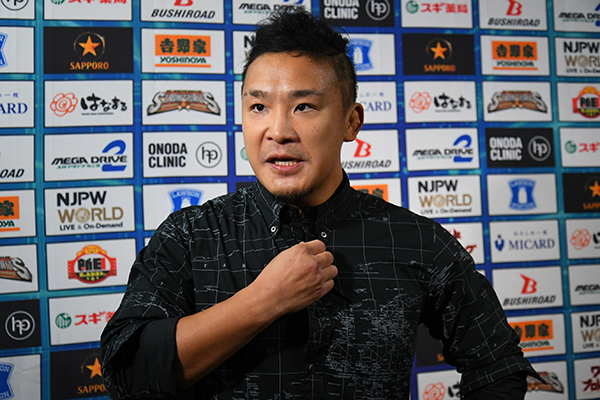 ‘Antonio Inoki once said “it’s better to make the jungle than it is to protect it”. I think we’re on the verge of something really cool here. I’m excited for it. I left the junior heavyweight division three and a half years ago, and Taiji Ishimori, Hiromu Takahashi, El Desperado have pushed the division up. They sold the place out tonight, and had this incredible match. So if I don’t take that belt, then there isn’t a place for me in NJPW. To make a place for myself, I’ll give it all I’ve got.’