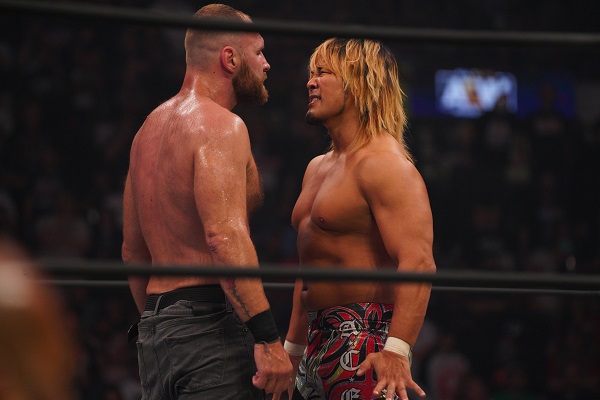 A fast start to the bout saw Moxley and Tanahashi charge Archer and Jericho, Mox and Jericho spilling outside while the Ace chopped down the giant tree that is Archer before taking the fight to Jericho. The recipient of a tag, Moxley would continue the work until Sammy Guevera got involved outside. As the Ace tried to get back in the action, Moxley would be dominated before getting the knees up on a Lionsault attempt.

Tanahashi would finally get the tag, connecting with a high cross and second rope senton, but having Slingblade countered, Jericho landing a Codebreaker for a two count. As Archer got in the ring, Moxley would ensure the Murderhawk Monster couldn’t get involved, landing a big tope suicida. Tanahashi landed his own Codebreaker before setting for the High Fly attack but Jericho was able to expertly roll into the Walls of Jericho, Moxley making the save as the match broke down. 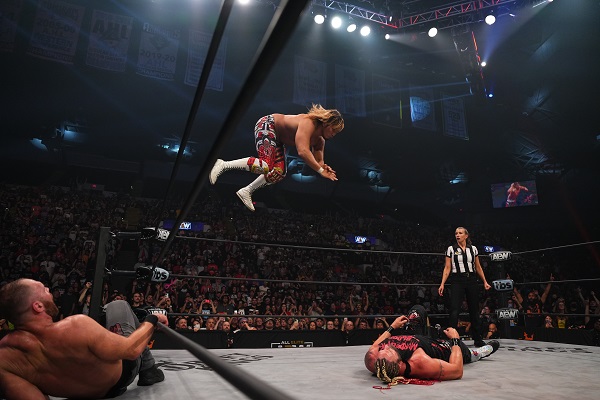 Archer would try for Blackout on Moxley, but got spiked with a Death Rider, before Tanahashi landed the High Fly Flow to secure victory. Sunday’s contenders did not waste any time changing focus to Sunday, asd both jawed back and forth while chaos erupted at ringside, Jericho Appreciation Society and Suzuki-Gun battling with Eddie Kingston, Shota Umino, Wheeler Yuta and an ever growing cast on the floor. 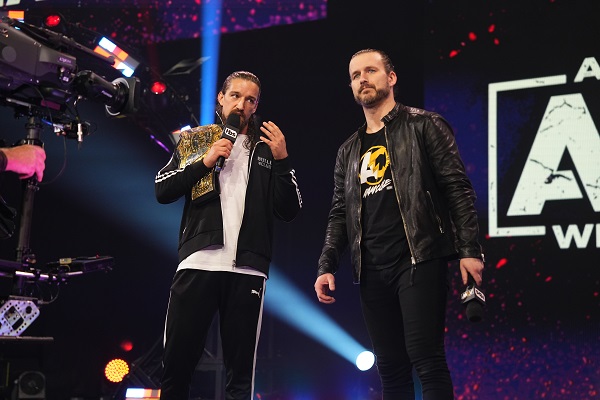 A lot of intrigue had circled Adam Cole, Hangman Page and Jay White heading into Dynamite. Cole would be on commentary as Hangman Page took on Silas Young. A hotly contested affair saw Page come out with the win with a Buckshot lariat, but his celebration was cut short by Cole. Before Adam could speak though, he was interrupted by Jay White. 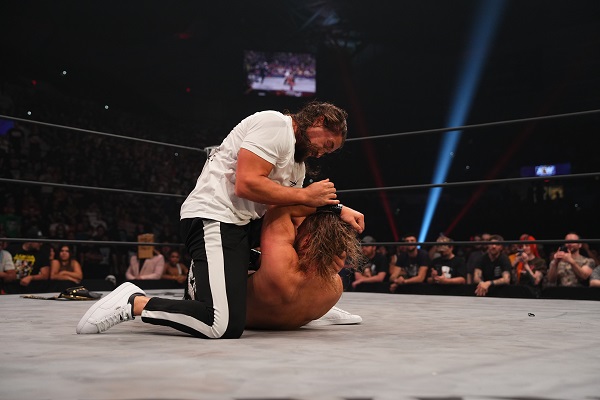 White apologised for ‘interrupting story time with Adam Cole,’ White went on to say that the Catalyst of Professional Wrestling needed to make Forbidden Door as big as it could be. Reiterating that it would not be Cole, White said that it also won’t be Page, a comment that drew furious fists from the former AEW World Champion. Cole would hit Page low, but then took the world title and prepared to clock the Switchblade. 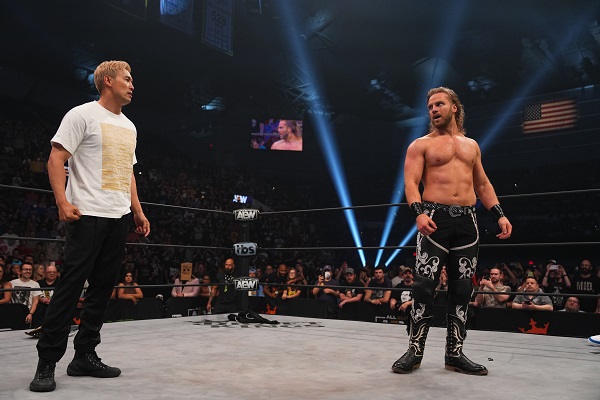 As Jay White turned to face Cole and tensions built, Kazuchika Okada’s music hit, and the Rainmaker appeared for the first time on Dynamite. As Okada and Page formed an uneasy alliance, the four way was set, as Jay White’s first defence of the IWGP World Heavyweight Championship will be against Okada, Page and Cole Sunday. 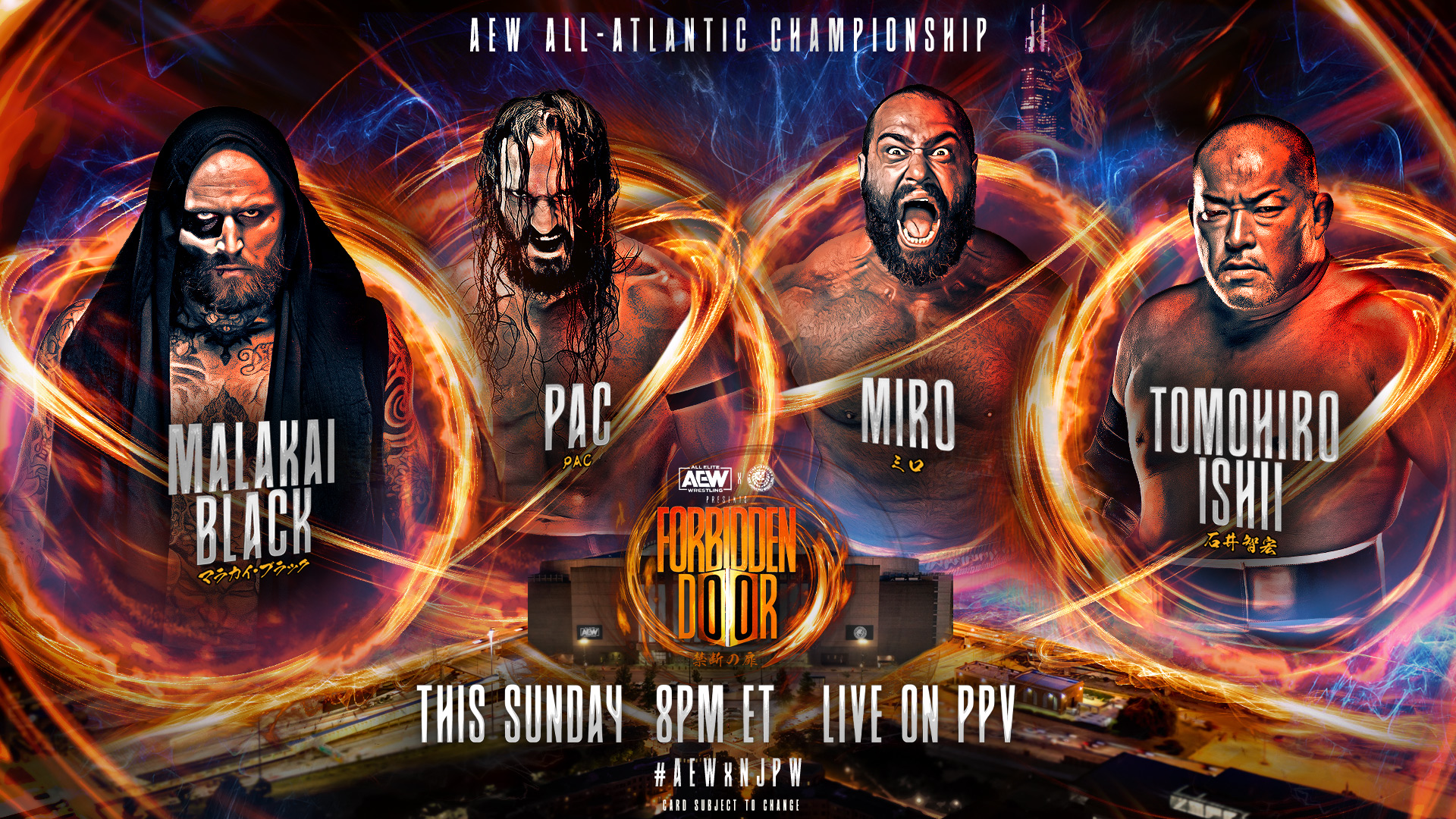 The Young Bucks would declare that Hikuleo and El Phantasmo will join them to take on a team headed up by Sting on Sunday, a match that is sure to be a wild affair with the freshly crowned AEW Tag Team Champions joining the BULLET CLUB Young Gun and ELP. 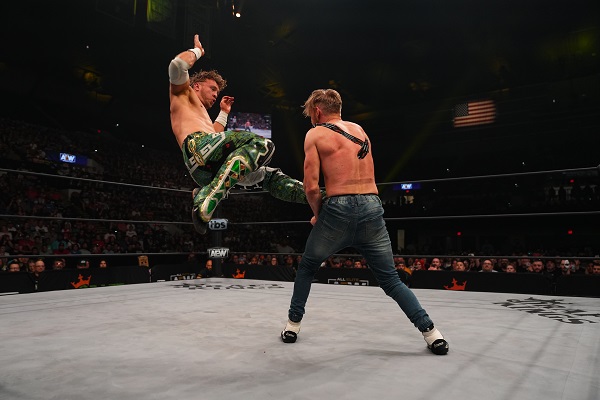 Isolating Beretta, Fletcher worked over the hurt leg of Trent before a half Nelson suplex allowed a tag. Cassidy would be waiting to fire up on all three of his opponents before a trio of dives to the floor and a falling splash, Orange showing that he had Ospreay’s number with a Slumdog Millionaire stunner on the US Champion. Romero would have a harder time in the face of Aussie Open, but Beretta would come in as the match broke down.

An incredible piledriver from Davis would prevent the Strong Zero, before a dive from Ospreay to the floor was evaded by Cassidy. Beretta would counter Corealis, before an Orange Punch rocked Davis and got the win for Cassidy and CHAOS. Post match, Great-O-Khan and Jeff Cobb hit ringside to give United Empire a numbers edge, but FTR evened the odds, the world getting a look at Forbidden Door’s winner take all tag three way and the IWGP United States Heavyweight Championship match Sunday. 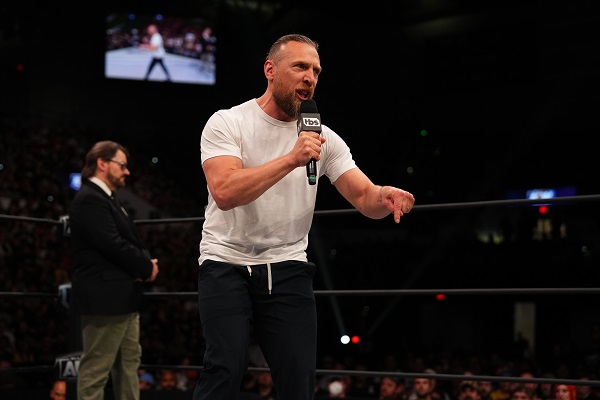 Starting Dynamite was Bryan Danielson, around whom speculation had circled for weeks. The American Dragon had been directly challenged by Zack Sabre Jr., whom Danielson claimed that Chris Jericho had been paid off to call out, and that ‘I was excited to crush his trachea,’ but that because of injuries sustained at Double or Nothing he was not cleared to compete. Danielson stated that he has found a replacement for Forbidden Door: ‘the one person I trust to take my place, and can take it to ZSJ on a technical level.’ Insisting that fans would be ‘astounded by what he does in AEW,’ Danielson nevertheless refused to tell the fans who the mystery man would be, leaving a mystery opponent for Forbidden Door. 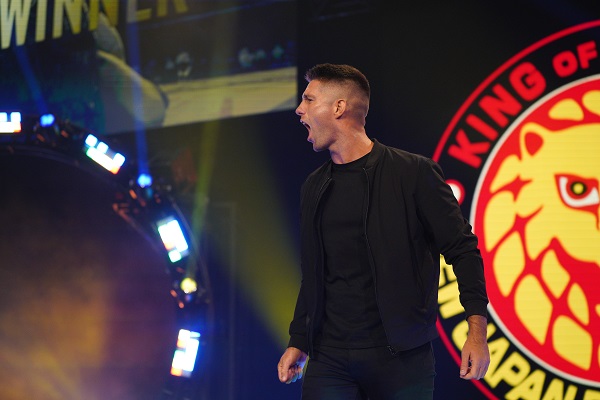