After a diversion through the Forbidden Door, the New Japan Road resumes on July 3, with a big time main event in Korakuen Hall that sees the return of both KUSHIDA and KENTA.

Watch New Japan Road LIVE or in English on demand on NJPW World! 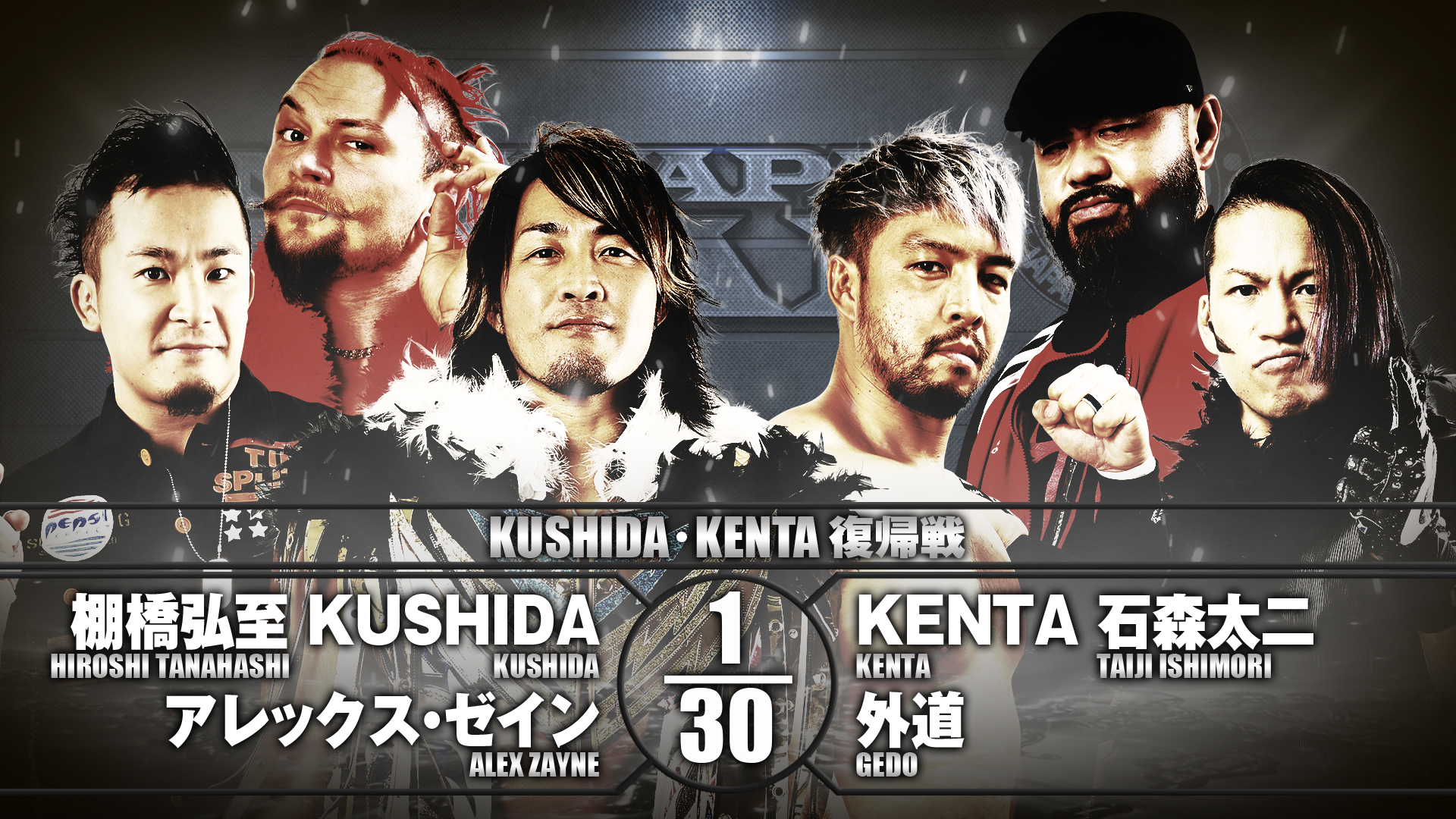 Te main event sees a dual return for KUSHIDA and KENTA. Last time NJPW hit Korakuen Hall, Taiji Ishimori, who ended KUSHIDA’s sixth and final IWGP Junior Heavyweight Championship reign, defeated Hiromu Takahashi in a main event war, before declaring that he had run out of challengers. That prompted the return of KUSHIDA, who hadn’t been seen since February 2019. Now, having plied his trade on the international WWE stage, he’s back, in an intriguing six man team.

Tanahashi was KUSHIDA’s final NJPW opponent, nearly three and a half years ago. The tail end of the Timesplitter’s WWE sojourn would see him face Alex Zayne, himself engaging in an excursion to the giant. KUSHIDA would give Zayne his final WWE match, and so now two circles have come to full completion.

Opposite the Hontai side will be BULLET CLUB. Ishimori would respond to KUSHIDA’s challenge in Korakuen with the statement that having separated from NJPW for so long, KUSHIDA would need to prove himself worthy of a title shot. Could the potential challenger do just that? Meanwhile KENTA will be back in the ring for the first time since his hardcore war with Tanahashi at Wrestle Kingdom. Will vengeance be sweet for KENTA tonight? 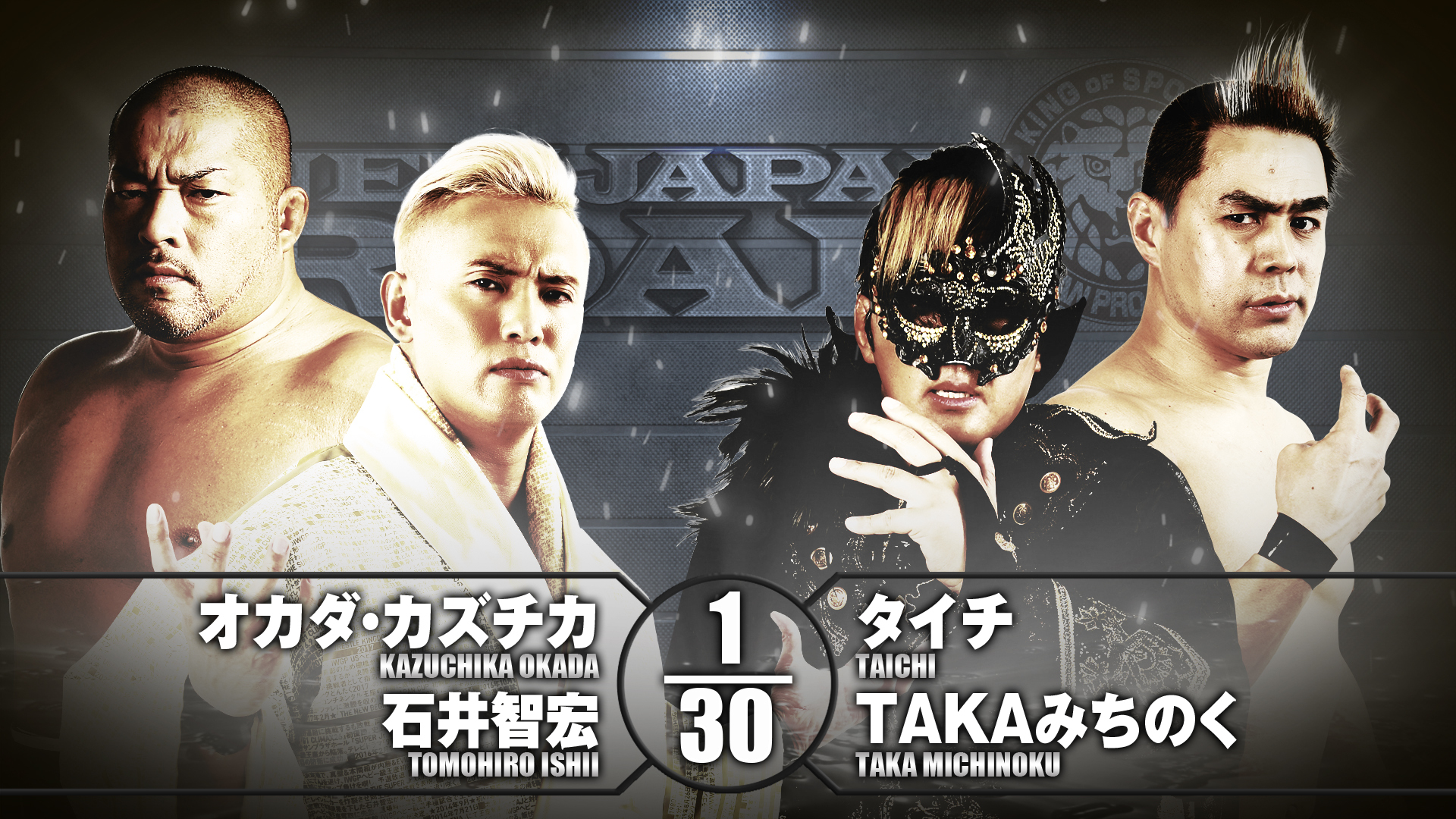 The victim of a Bladerunner, and losing his IWGP World Heavyweight Championship challenge without directly being involved in the deciding fall, Kazuchika Okada’s trip to Chicago and the Forbidden Door did not go entirely as hoped. For Tomohiro Ishii, things were even worse, his chance at another four way to become AEW All-Atlantic Champion denied him due to a knee injury. Yet Ishii will be in action tonight and looking to take out some frustrations, especially against familiar rival Taichi. To the Holy Emperor’s chagrin, Ishii and Taichi are both in the same block in G1 Climax 32, and tensions are sure to be high as three participants want a strong start to their summer, while TAKA Michinoku, playing substitute for the originally scheduled DOUKI, wants to interrupt the conversation. 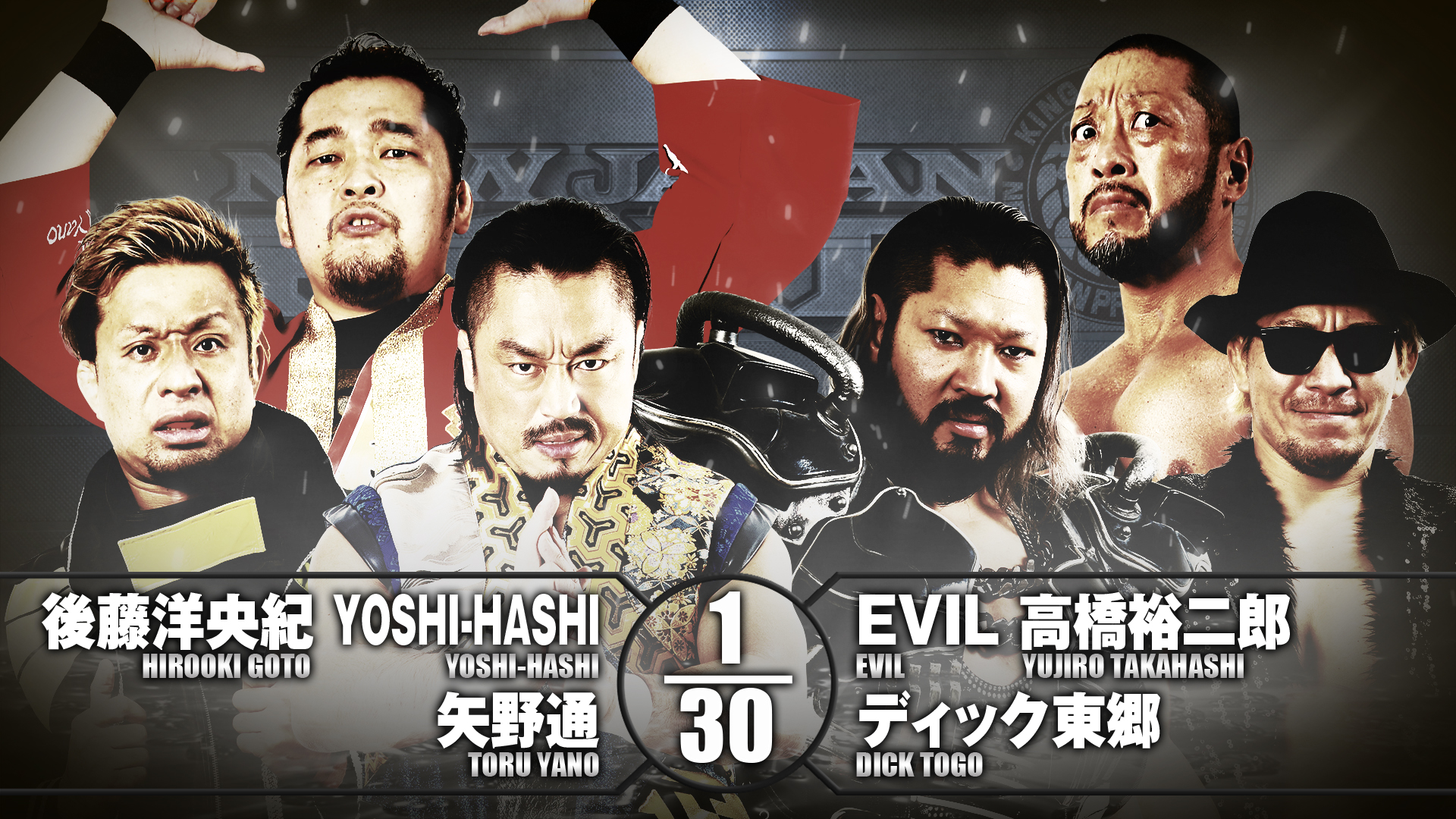 Eight man tag team action will see CHAOS and HOUSE OF TORTURE colliding ahead of Tuesday’s NEVER Openweight 6 man Tag Team Championship match. The challenge for CHAOS to H.O.T was issued by YOH a couple of weeks ago, as the group finally seek to take gold back from the most hated faction in New Japan. Toru Yano was keen to play support, bringing a dog cage to try and seal up Dick Togo and prevent him from interfering, but the plan would backfire. Nonetheless, efforts will be redoubled for Yano to try and take care of Togo in advance of their Dog Cage Match on Tuesday. 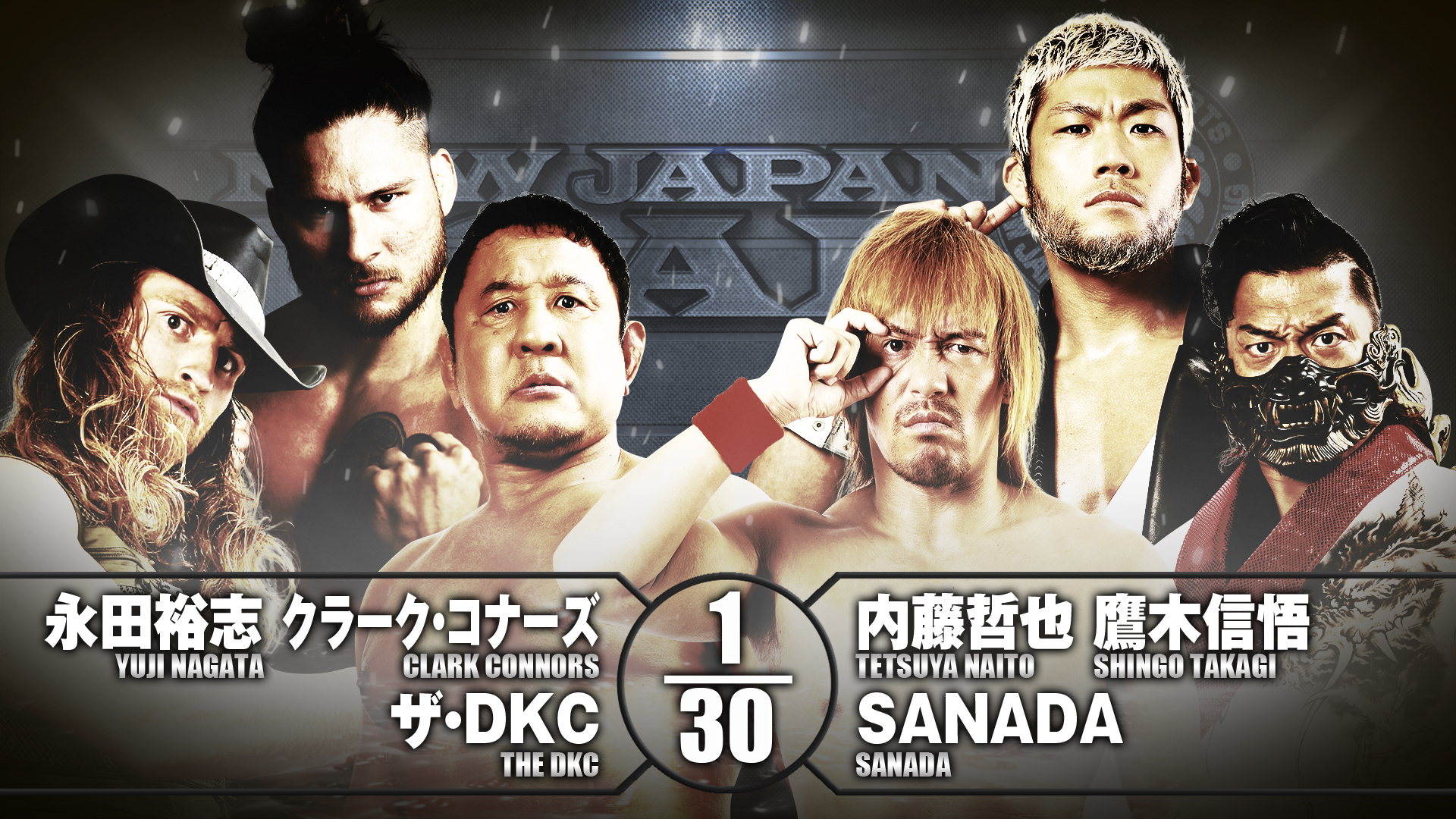 A lot of attention will be on the LA Dojo duo of Clark Connors, and The DKC tonight as they combine with Yuji Nagara to square off against Tetsuya Naito, Shingo Takagi and SANADA of Los Ingobernables De Japon. Bot left their mark on Forbidden Door this past weekend, with Connors especially winning over the United Center with a stunning performance and near victory for the AEW All-Atlantic Championship. He’ll be in high spirits indeed tonight despite the Android Alex Coughlin needing some repairs on a left calf muscle injury.

Yet opposite them will be Los Ingobernables De Japon’s G1 entrants. LIJ are never permissive of other factions stealing air time and headline column inches, and that’s certainly the case as time ticks down to the start of the G1 in Hokkaido, where SANADA faces Jay White on night one, and Shingo Takagi takes on Juice Robinson on night two. 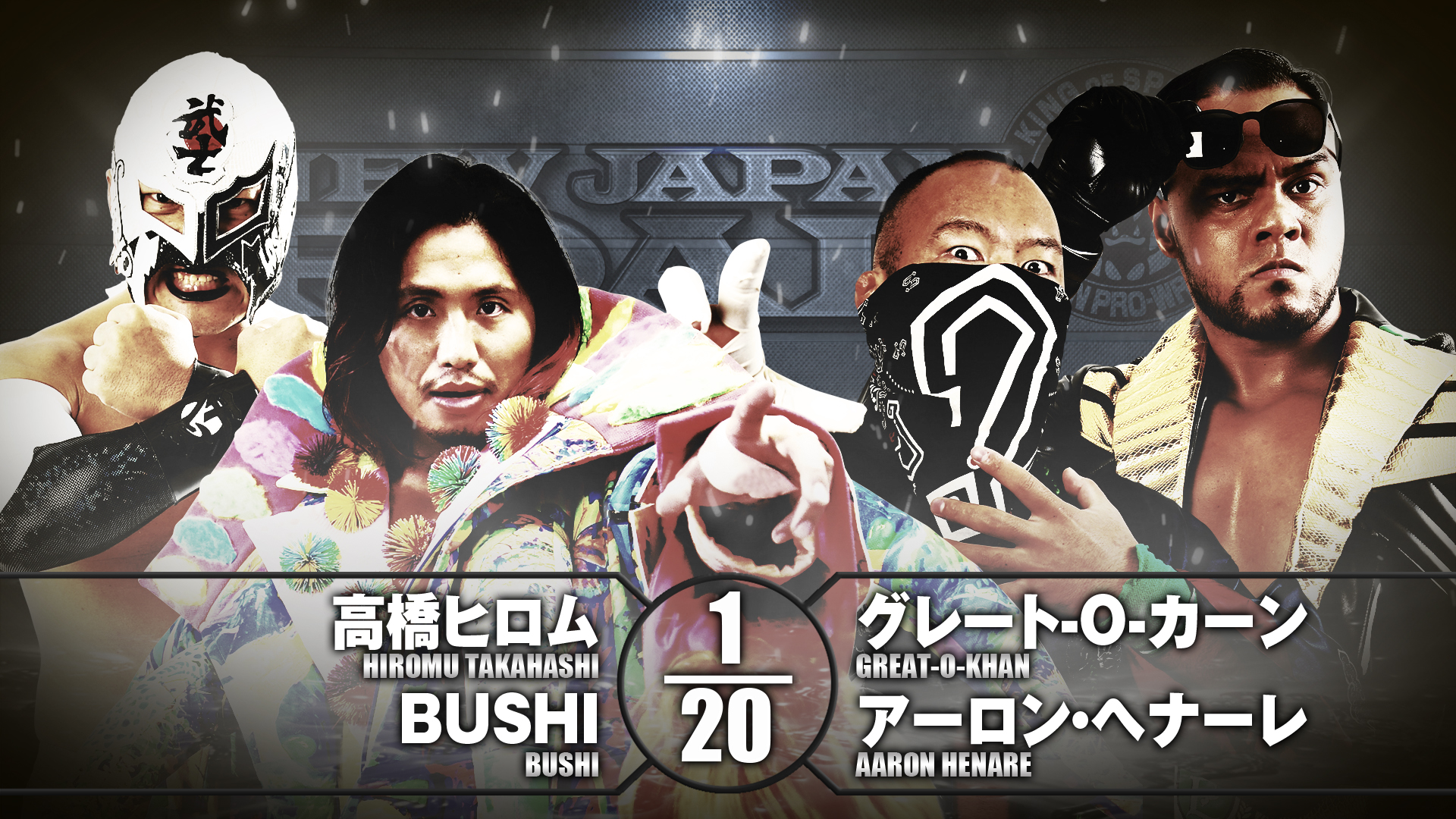 Between a hard fought loss to Taiji Ishimori over the IWGP Junior Heavyweight Championship, and a high temperature preventing him from heading to Chicago for Forbidden Door, it was a frustrating end to June for Hiromu Takahashi. As the Time Bomb turns over a new leaf into July with more international matches on the horizon, he seeks a statement win, but with stiff competition opposite. After Jado was taken out of proceedings as a fever precaution, the two now face Aaron Henare and Great-O-Khan. With new IWGP Junior Heavyweight Tag Team Champions from the United Empire in effect, Hiromu and BUSHI could move themselves up the ranks with a convincing win, but the United Empire duo are ready to make their own statement before entering the G1. 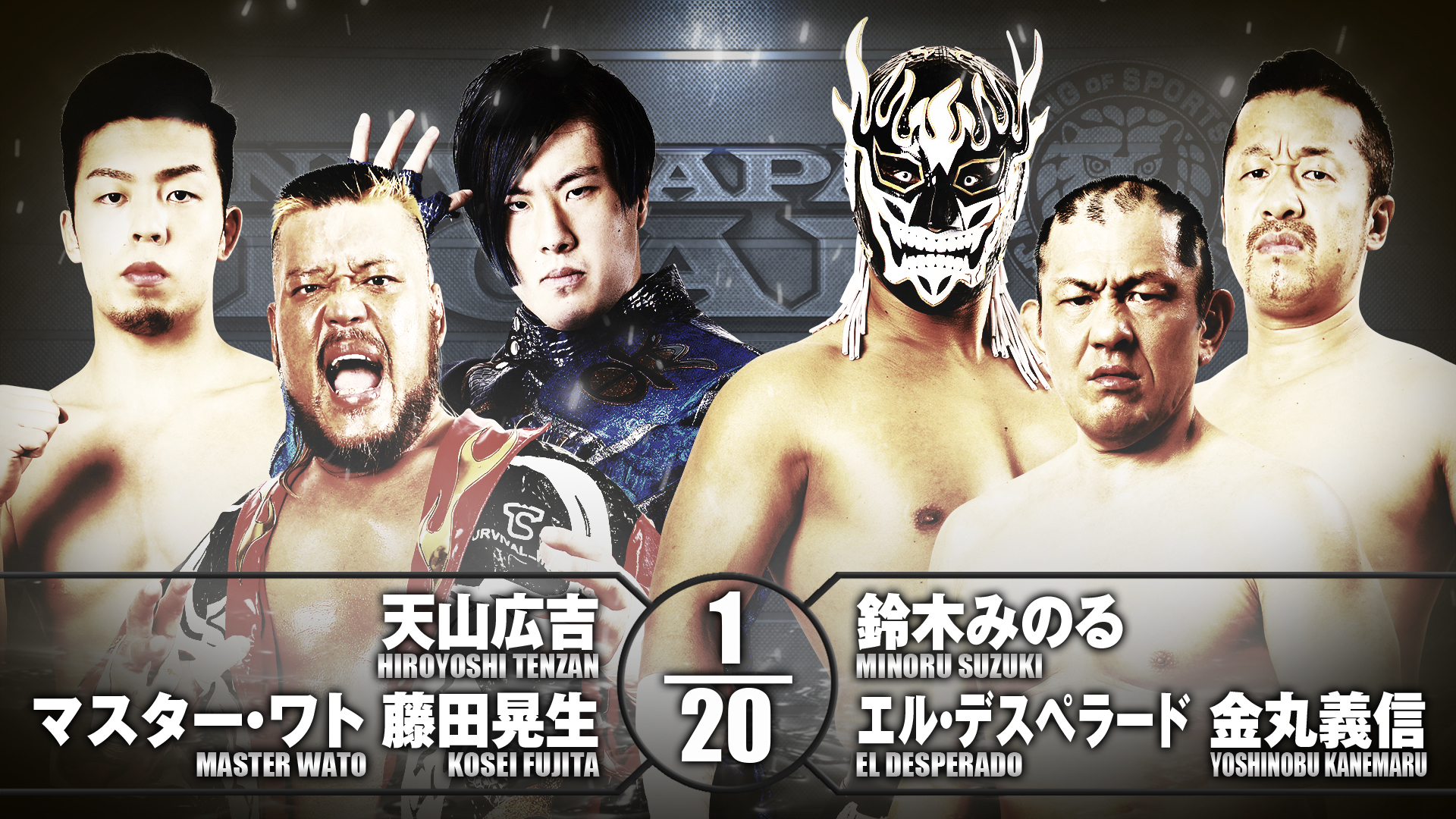 The second match of the night sees the Suzuki Gun trio of Minoru Suzuki, El Desperado and Yoshinobu Kanemaru take on Hiroyoshi Tenzan, Master Wato and Kosei Fujita. It was a mixed weekend for Suzuki-Gun in Chicago, Desperado and Kanemaru narrowly beaten by Swerve Strickland and Keith Lee, while the Boss had better luck alongside Chris Jericho and Sammy Guevara. Looking to keep on the winning path, Suzuki will also be exercising any frustrations at not being in the G1 lineup for a third consecutive year, especially against Fujita. 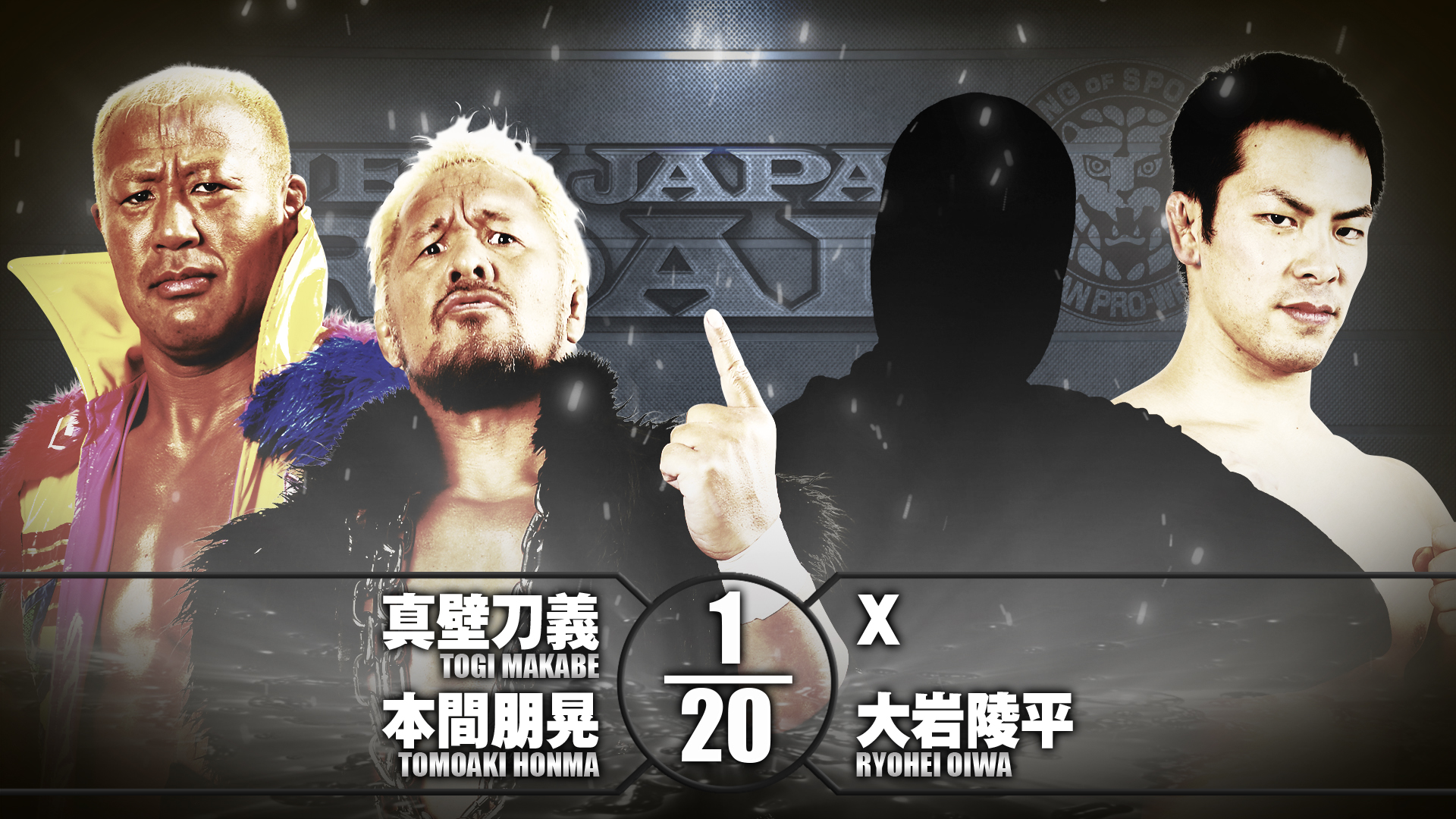 The first match of the evening sees a clash of youth and experience. Will the former tag team champion Great Bash Heel side teach some painful lessons to Ryohei Oiwa as the night gets started? Or with Oiwa having a mystery partner as his back up, could a ringer be coming to the Noge Dojo boy’s aid?