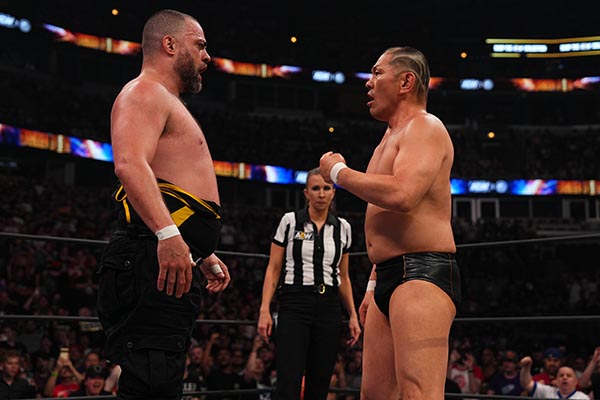 Kicking off the Forbidden Door event at the United Center on June 26th, Chris Jericho, Sammy Guevara & Minoru Suzuki took on Eddie Kingston, Wheeler Yuta, & Shota Umino. Guevara was set to face off against Yuta, but Jericho seemed to smell weakness in the competitor and tagged himself in immediately as the bell rang. Jericho regretted not taking the rising Yuta seriously when Yuta caught him in a long string of snapping suplexes. Jericho escaped Yuta’s clutches and Guevara got the tag and the United Center was filled with boos as the crowd made their dislike of Guevara heard. 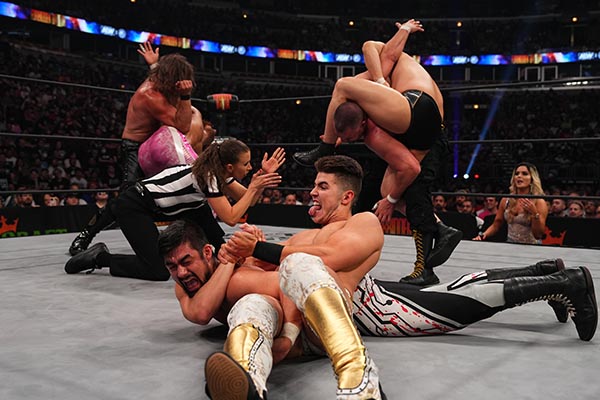 The battle raged on as each team made strategic tags until Kingston and Jericho found themselves face to face, both the legal competitors. The tension rose in the building as the long await battle between Kingston and Jericho seemed set to finally take place, but Jericho cowered away and tagged in Suzuki, employing someone else to do his dirty work, like usual. After Kingston was rocked by Suzuki, Jericho finally accepted the tag, taking advantage of the reeling Kingston. Once Kingston realized he had his chance to get his hands on Jericho, he regained himself and started brawling with his rival. Both teams fought tooth and nail to gain the advantage, and even Tay Conti got involved, delivering a blow to Umino’s back from the apron. Umino was able to overcome the cheap strike and caught Jericho in the Walls of Jericho in the middle of the ring. Guevera and Suzuki rushed in to break up the submission before Jericho could tap out. Suzuki took out Kingston as he tried to join the party, leaving Umino alone to eat the Judas Effect from Jericho for the one, two, three. 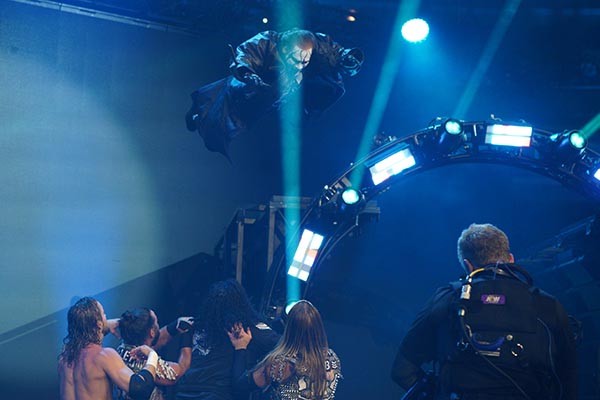 In trios action, El Phantasmo joined the Young Bucks to represent Bullet Club as they took on Dudes with Attitudes, comprised of Sting, Darby Allin, and Shingo Takagi. When Allin and Takagi made their entrance, the absence of Sting was noted by all. Hikuleo walked out with the Bucks and El Phantasmo and their intention to use the fourth man of Hikuleo to their advantage seemed clear. Then, the lights went out and Sting first appeared on the catwalk in the United Center, then atop the entrance. He leapt down, taking out Hikuleo to ensure the contest would be a fair, trios tag match. 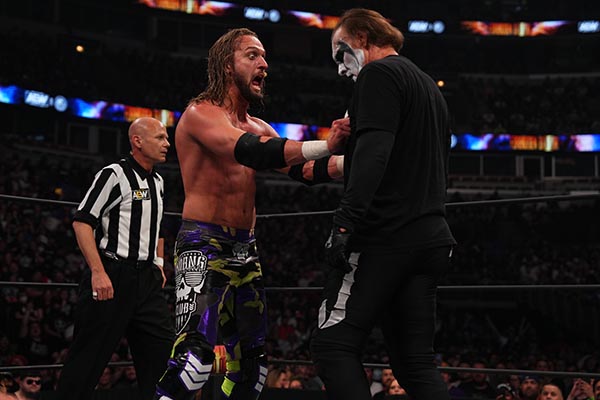 As referee Rick Knox called for the bell, Dudes with Attitudes got the upper hand in the early going. Then the Young Bucks demonstrated why they are one of the best tag teams in the world by isolating Allin and employing quick tags in and out. El Phantasmo seemed to fit into their mix perfectly, accepting his share of tags. Down but not out, Hikuleo emerged and knocked Sting off the apron, preventing Allin’s desperate attempt at a tag. When Sting finally got in against El Phantasmo, the Bullet Club member tried a nipple twist, but Sting was unphased and unleashed a myriad of Stinger Splashes to the opposing team. Another distraction by Hikuleo prevented Sting from cinching in the Scorpion Death Lock on Matt Jackson and opened up the veteran for a low blow by El Phantasmo. When Sting recovered he started to dole out receipts, with first a nipple twist followed by a low blow to El Phantasmo. As Allin took out the Bullet Club members on the outside, Takagi hit the Last of the Dragon on El Phantasmo, earning Dudes with Attitudes the win. 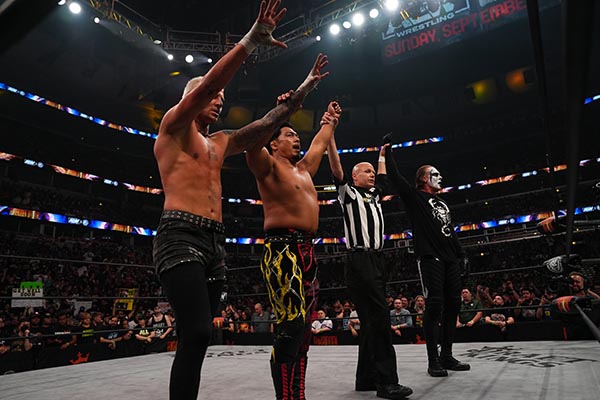 Forbidden Door on June 26th also saw Thunder Rosa defend the AEW Women’s World Championship against Toni Storm. As the bout got underway, both women seemed to be evenly matched, first going hold for hold, then pin for pin. Just when Storm seemed to gain the advantage, Rosa took over and hit Storm with vicious drop kicks to first the back, then the chest. Rosa continued to hand out a beat down, but the determined Storm found the strength to stay alive in the face of Rosa’s attempts. Looking to try a different tactic, Rosa went for a submission, but Storm quickly found the ropes. 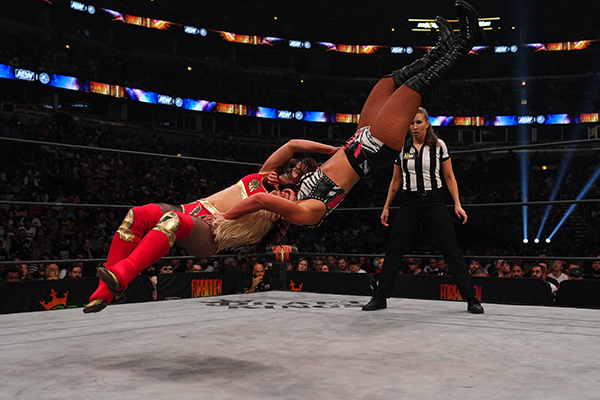 As the action moved outside of the ring, the two women traded devastating power move after power move, including a Northern Lights suplex from Rosa to Storm on the outside. Storm finally putting the ferocious Rosa down with a spinning DDT to the floor. Storm rolled Rosa into the ring to finish her off, but it was Rosa’s turn to stay live and she kicked out and focused on Storm’s arm. This would prove to be Storm’s undoing. When she tried to pick Rosa up for Storm Zero, Storm’s arm gave out and she couldn’t hoist her opponent. This left the door open for Rosa to hit Final Reckoning, a page out of her mentor Dustin Rhodes’ playbook, to put away Storm and retain her AEW Women’s World Championship. 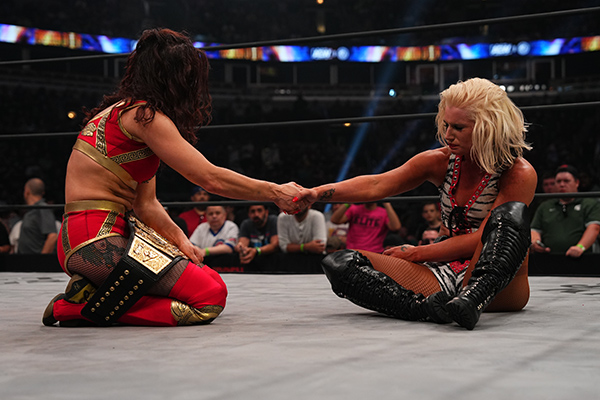