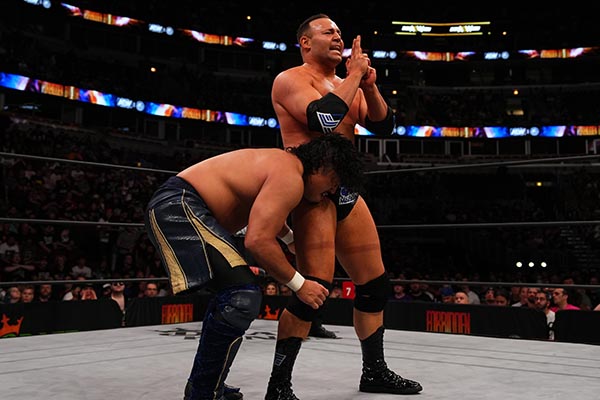 In the first Buy In match at Forbidden Door on June 26th, The Factory’s QT Marshall and Aaron Solo took on the seasoned team of YOSHI-HASHI and Hirooki Goto. The crowd immediately showed their dislike for The Factory as the team made their way to the ring. When the match got underway, YOSHI-HASHI and Solo squared off and proved to be evenly matched. Marshall and Goto both came in off tags and also seemed to be evenly matched with Goto having an answer for all of Marshall’s tactics. When the Factory became frustrated by their inability to gain the upper hand, their tactics turned dirty. The team worked to distract referee Jeremy Marcus so he wouldn’t see their cheap shots which allowed them to finally start to best Bishamon. When Yoshi-Hashi came in off a hot tag, he almost put Marshall away with Head Hunter, but Solo broke the pin just in time. Marshall recovered and hit YOSHI-HASHI with a Diamond Cutter, and this time Goto broke up the pin at the last moment. In a risky maneuver, Marshall attempted a 450 splash off the top rope, but missed, leaving Solo to take the Violent Flash and then Shoto to secure the win. 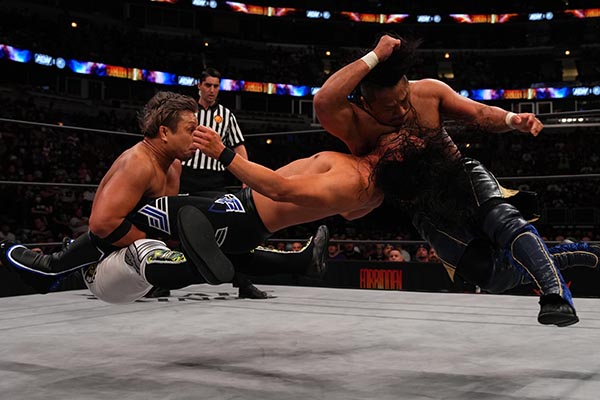 Lance Archer took on Nick Comoroto. After sizing Comoroto up on his march to the ring, Archer seemed to decide he wanted an advantage over the big man and dove on him over the top rope before the match had even started. After the bell rang, Archer continued to attack Comoroto, who was stunned by the sudden onslaught. Finally able to regain his senses, Comoroto used Archer’s long braids over the top rope to attack Archer’s neck and slow him down. Then Comoroto took over, rocking Archer again and again. Archer continued to rally in the face of his big opponent, and after walking across the top rope in an impressive display of balance, Archer hit a moonsault on Comoroto for the near fall. Comoroto countered with a powerslam for a near fall of his own. When Comoroto tried to go to the top rope, Archer saw his opportunity and quickly knocked Comoroto loopy with strikes, then hit Blackout to score the win. 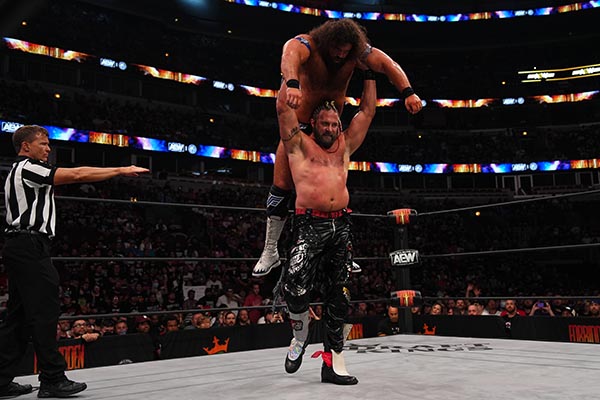 In tag team Buy In action, Yoshinobu Kanemaru and El Desperado took on Swerve Strickland and Keith Lee. When the match got underway, the Chicago crowd filled the United Center will their cheers in support of Lee. Kanemaru stepped up to the massive Lee, unimpressed by his opponent’s large size as he bumped his chest against Lee’s mass. Kanemaru sat on the top turnbuckle so he was eye to eye with Lee and called for a test of strength. When Lee walked over to oblige, Kanemaru went in to for the attack, focusing on the legs of the surprised Lee. 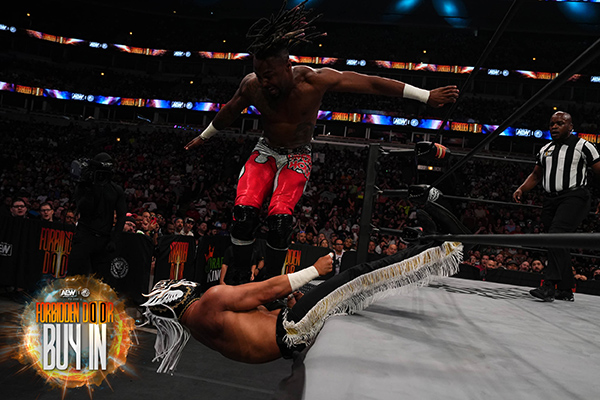 Swerve and Lee seemed to be on the same page in the match, until El Desperado raked Lee’s eyes, leaving the momentarily blinded wrestler to eat a dropkick by his partner that was intended for El Desperado. Lee persevered in the face of the continued assault on his legs until Kanemaru locked him in a figure four. His legs already in agony, it didn’t seem like Lee would be able to hold out. Swerve tried to slide in for the save, but El Desperado stopped him and locked in his Numero Dos submission. Refusing to give up, Lee was able to miraculously reach out and grab El Desperado, pulling him off Swerve and breaking up Kanemaru’s submission at the same time. 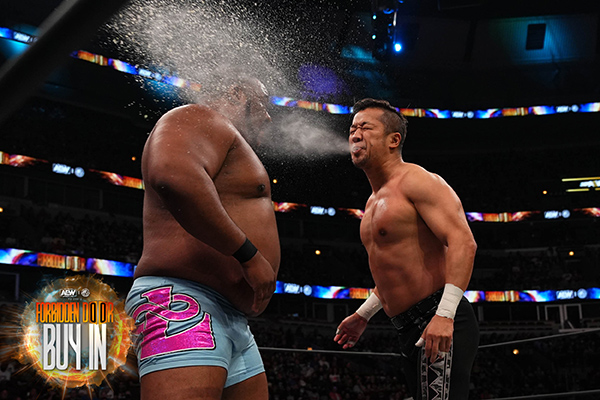 After they recovered, Lee tried to set up Kanemaru for a Spirit Bomb, but a distracted referee left the window open for Kanemaru to spit whiskey in Lee’s eyes and go for a roll up. Lee was able to kick out, his eyes watering from the alcohol. Swerve delivered an assisted dropkick to Kanemaru off of Lee’s back. Swerve then took out El Desperado on the floor, leaving the ring clear for Lee to hit the Big Bang Catastrophe on Kanemura for the win. 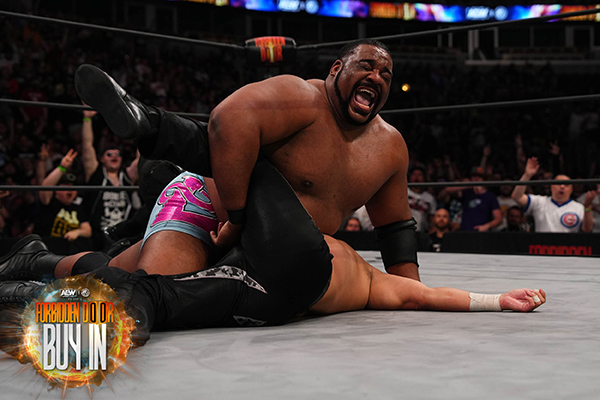 In the final Buy In match of the night at Forbidden Door on June 26th, The Gunn Club’s Billy, Austin, and Colten Gunn teamed up with Max Caster of the Acclaimed to take on Alex Coughlin, Yuya Uemura, The DKC, and Kevin Knight of the NJPW LA Dojo. As the match was about to get underway, Danhausen appeared on the United Center’s large screen and taunted the Gunn club members, calling them Ass Boys. Letting their anger get the better of them, Austin and Colten ran off to find Danhausen, leaving Billy Gunn and Caster to fend for themselves. At first, it appeared the hard hitting LA Dojo wrestlers would be too much for Caster and Gunn as they isolated Caster and made him regret taking the match. When Caster was finally able to escape the clutches of the LA Dojo and tag in Gunn, the arena exploded as Gunn cleared the ring. Then he grabbed the DKC, the legal competitor at the time, and hit him with the Famasser for the win. 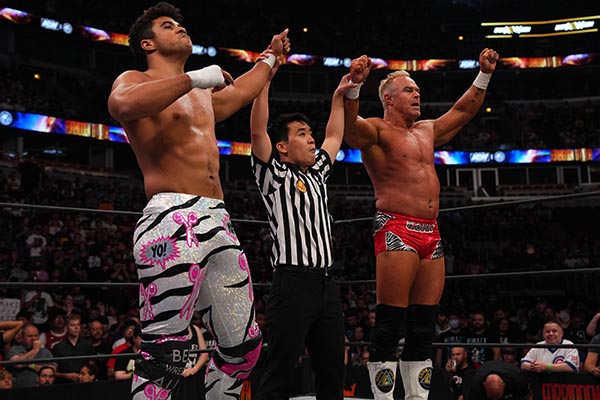