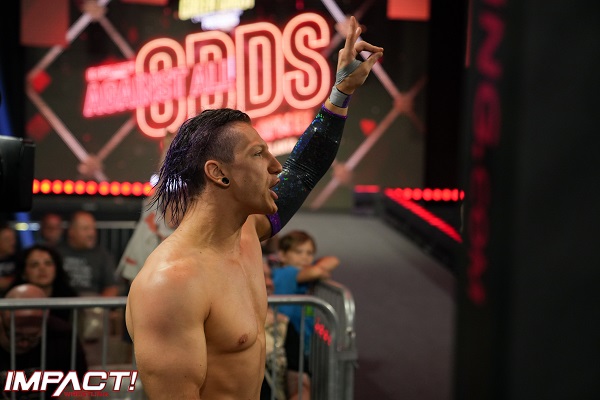 After a friendship was built up and then destroyed during the Best of the Super Jr. series, Alex Zayne collided with new BULLET CLUB inductee Ace Austin this week on IMPACT Wrestling.

Austin was reluctant to engage with Zayne in the opening moments, instead baiting him to the floor along with Chris Bey, before going on the offense as the Sauce re-entered the ring. Zayne was able to respond with his flipping hurricanrana from the top rope that sent Austin to the outside, but the Inevitable was able to defuse a dive, and then send his opponent into the ringpost on the floor. 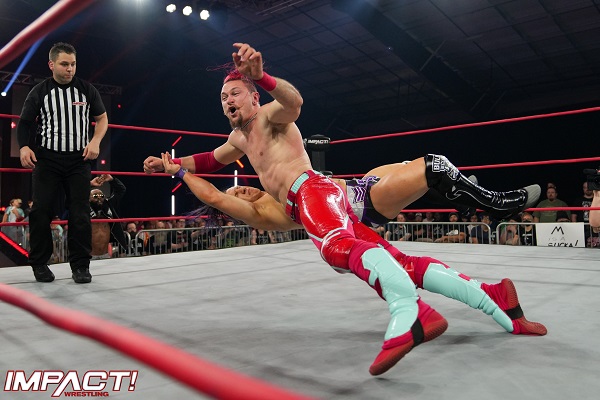 Zayne rallied, connecting with lariats and the Baja Blast, but damage had taken its toll, the red haired daredevil slow to the top rope and allowing Ace Austin to roll out the way of a potential Cinnamon Twist. Putting Zayne on the top rope, Austin looked for the same head scissors into the ring that led to victory for him in best of the Super Jr., but Zayne flipped onto his feet, and countered The Fold with a pump knee. 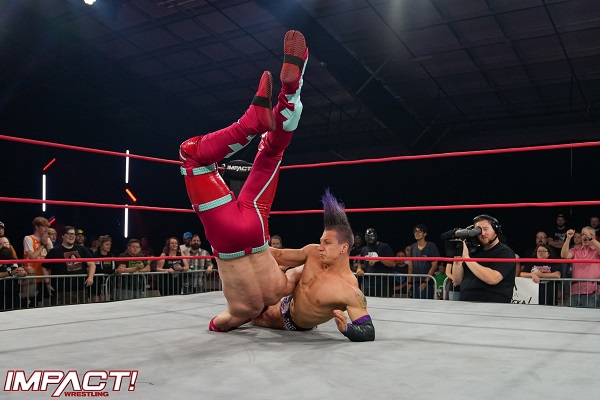 Austin bailed out, but was not safe from the Moon Sauce quebrada. Just as Zayne went to follow up though, Bey grabbed Zayne’s ankle, and allowed for Austin to his The Fold to get the win. 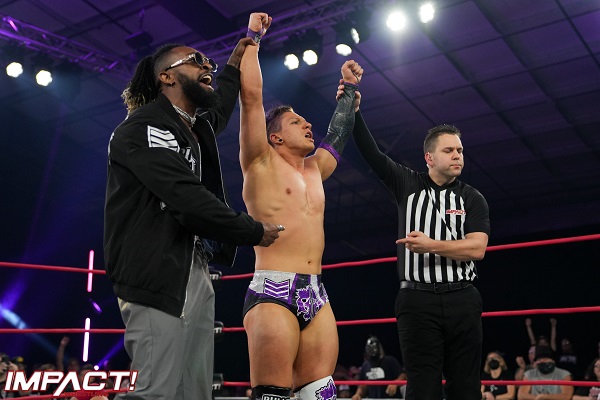 Check out the match on NJPW World soon!