G1 to kick off July 16 in Hokkaido 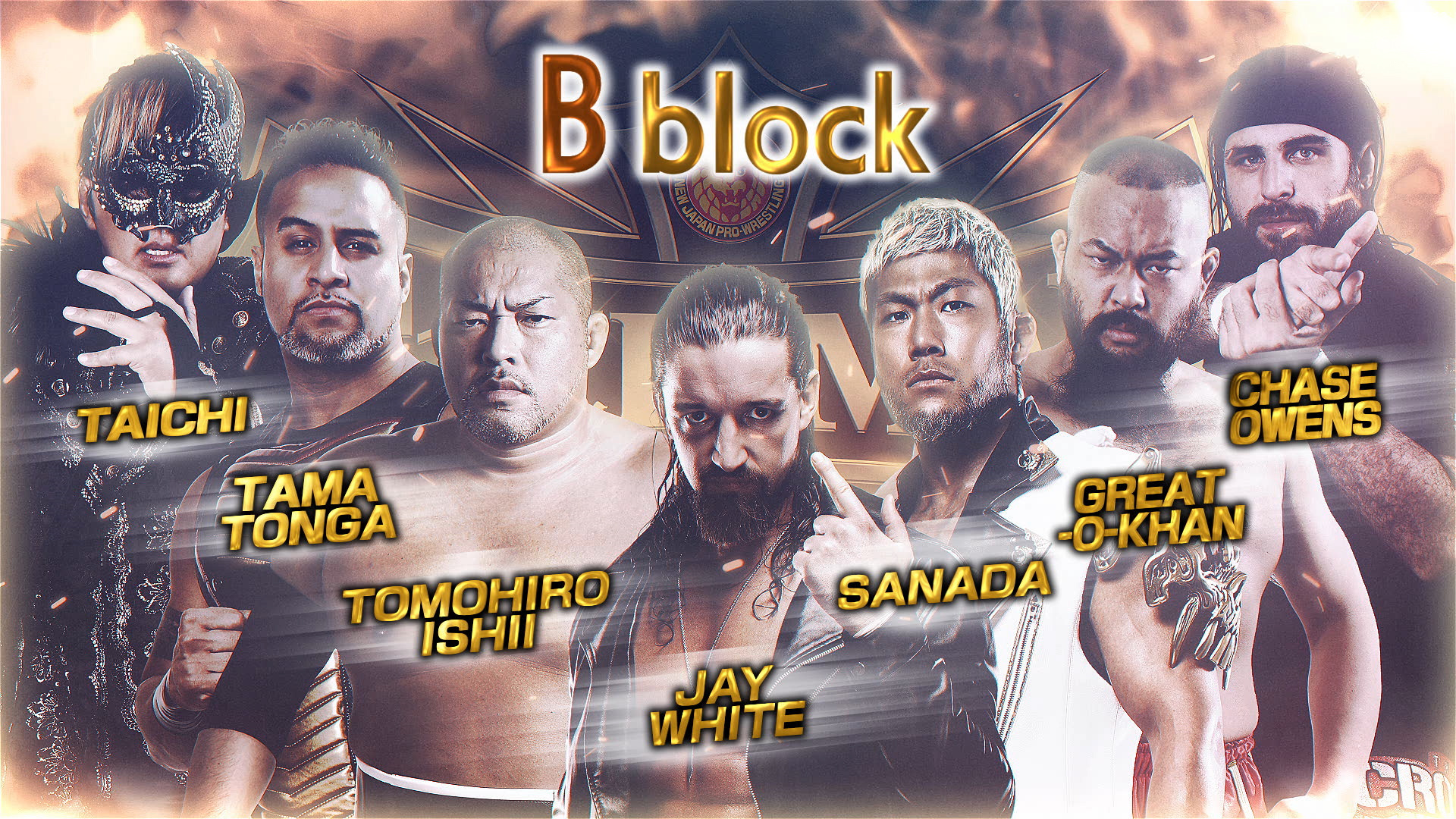 G1 Climax 32 kicks off on July 16 with the biggest lineup in tournament history! B Block will have all eyes on IWGP World Heavyweight Champion Switchblade jay White, but there is no shortage of dark horse contenders to try and take what would be a historic victory from the Catalyst of Professional Wrestling.

Watch ALL of G1 Climax 32 LIVE IN ENGLISH on NJPW World!

While some blocks and some G1 years can be wide open with predictions near impossible, B Block in 2022 can leave little room for argument. Switchblade Jay White will be the man to beat, and head and shoulders the favourite to make the final four. Though Jay White’s best career G1 performance saw him fall at the final hurdle in 2019, both tournament and non tournament form are in his favour. The Catalyst of Professional Wrestling has routinely logged 12 points in every single one of this three tournament outings, a record that would put him through to the final four on a perfect record in 2022. While White will have a target on his back, and few if nay allies in his block, it still feels as if an IWGP Champion winning the G1 is a distinct and strong possibility for the first time since 2000.

jay White headed into his Dominion IWGP World Championship win over Kazuchika Okada crowing long and hard about being 3-1 over the Rainmaker, and extending that advantage to the 4-1 he’s at now. An impressive feat indeed, but it always has seemed as if a different CHAOS member has caused more problems for Jay White over the years than Okada. Tomohiro Ishii is 3-1 over the Switchblade, has denied him the NEVER Openweight Championship as recently as last November, and denied him a spot in the 2020 G1 finals with a win in Ryogoku. While the oddsmakers may favour Jay White in B Block, if not the overall tournament, the Stone Pitbull represents a near brick wall of an impediment for White, one that he must demolish in Ota early in his campaign. 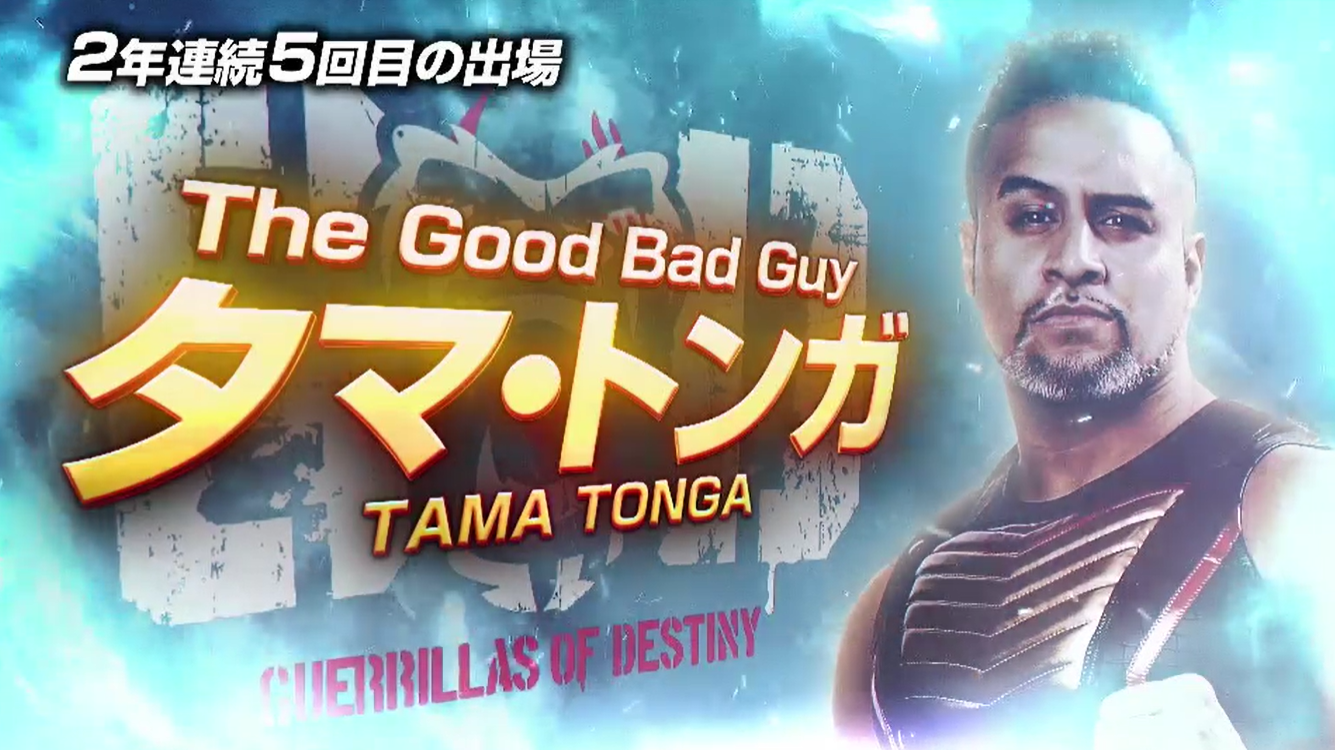 G1 Climax 31 was a revelation for Tama Tonga, who was able to put in some stunning performances, and provide eventual winner Kazuchika Okada with the sole blemish on his record. Re-establishing himself as a singles player, Tama headed into the New Japan Cup back in spring with high hopes that were cut off by his violent expulsion from BULLET CLUB. Now the Good Bad Guy seeks to redress his negative career record, get to the final four, and perhaps most important, target the man who pulled the strings to eliminate him from the club he helped create in Switchblade Jay White.

Tonga will go through the entire G1 with eyes on his final opponent. This is the match that will motivate the G.o.D member, and the one he wants to win more than any other. Doing so could well determine who makes the final four from B Block. 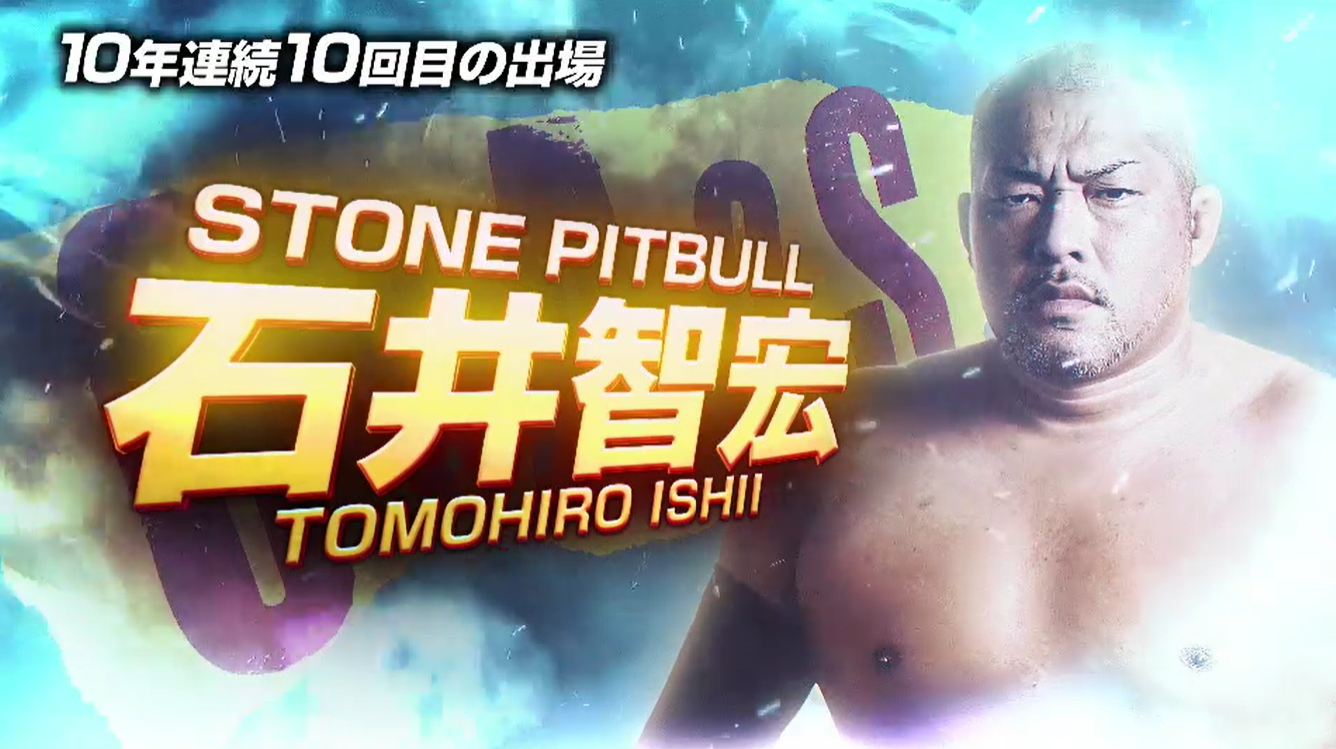 Tomohiro Ishii closes in on a decade of straight G1 appearances, and though his career win:loss record is in the negative, he carries with him a legacy of amazing G1 performances, and big time results. From Katsuyori Shibata to Jon Moxley, and yes, to Jay White, all can attest to how hard Ishii brings the fight in the tournament of tournaments. Yet Ishii has never made it past the block phase of the G1. With four advancing to semifinals, might the Stone Pitbull be a dark horse this year?

Ishii’s tournament performances have been transformative not just for his own career but his opponents’. Wars with Taichi would transform the Holy Emperor from a cowardly former junior heavyweight to a prideful fighting heavyweight striker. In the Budokan, Ishii will be fighting for his last two points and to reach the semifinals, but he will also expect to bring a fire out of SANADA that is rarely seen; this match could come to be a critical turning point for both men in the remainder of 2022 and beyond. 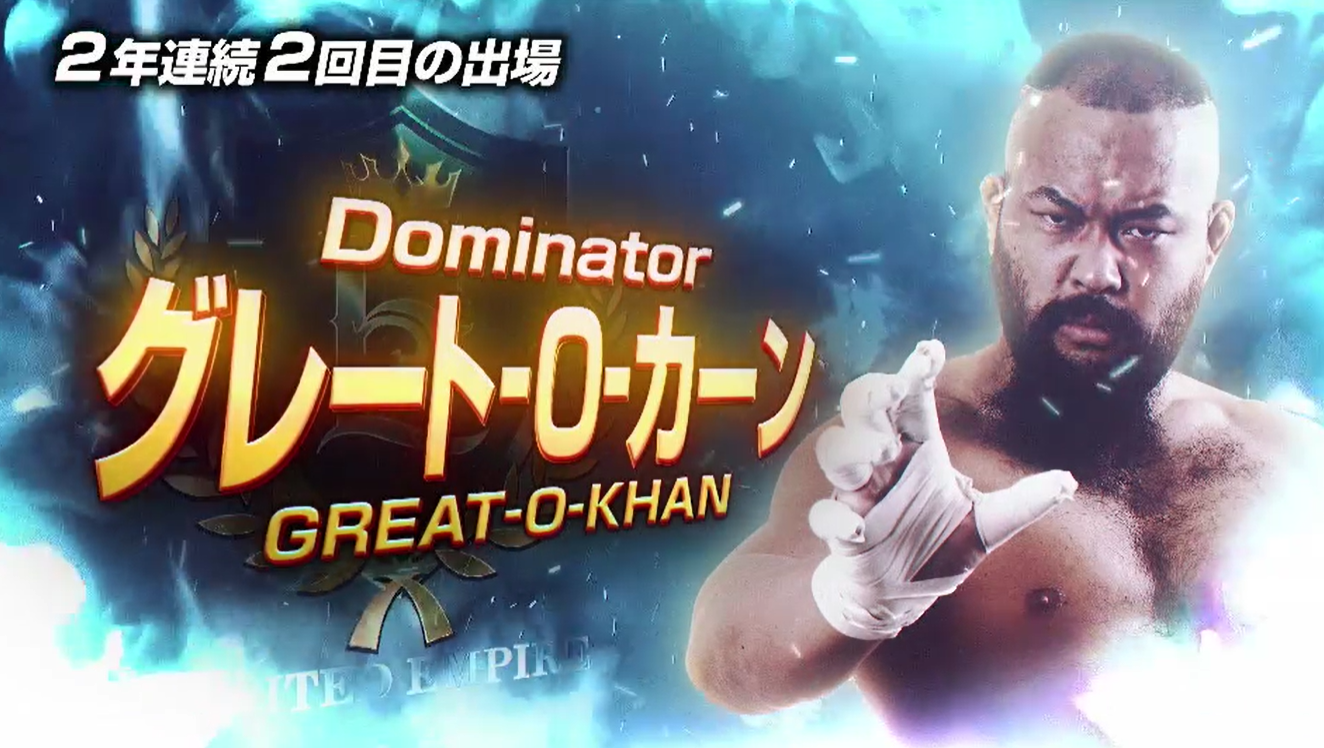 Though he came away with a negative 4-5 record last year, Great-O-Khan proved that he had the versatility required to go far in G1 Climaxes to come. Adapting himself to each of his opponent’s styles, the Dominator showed he had the tools, and after a 2022 thus far saw him to his first career championships in NJPW, O-Khan could be a significant threat to the final four. Already a world championship level contender in 13 different disciplines, and having climbed to the top of the tag division with Jeff Cobb, the next step on the road to global domination is the ultimate singles glory of a G1 Climax trophy.

Of all the disciplines that O-Khan is a scholar in and master of, the Dominator cannot count sumo, or the AJPW King’s Road, among them. Will the chameleon like O-Khan seek to adapt himself to Taichi’s in-ring stylings? Or will he play to his own strengths and take down the Holy Emperor in his own way? This is an exciting clash of styles in Nagano. 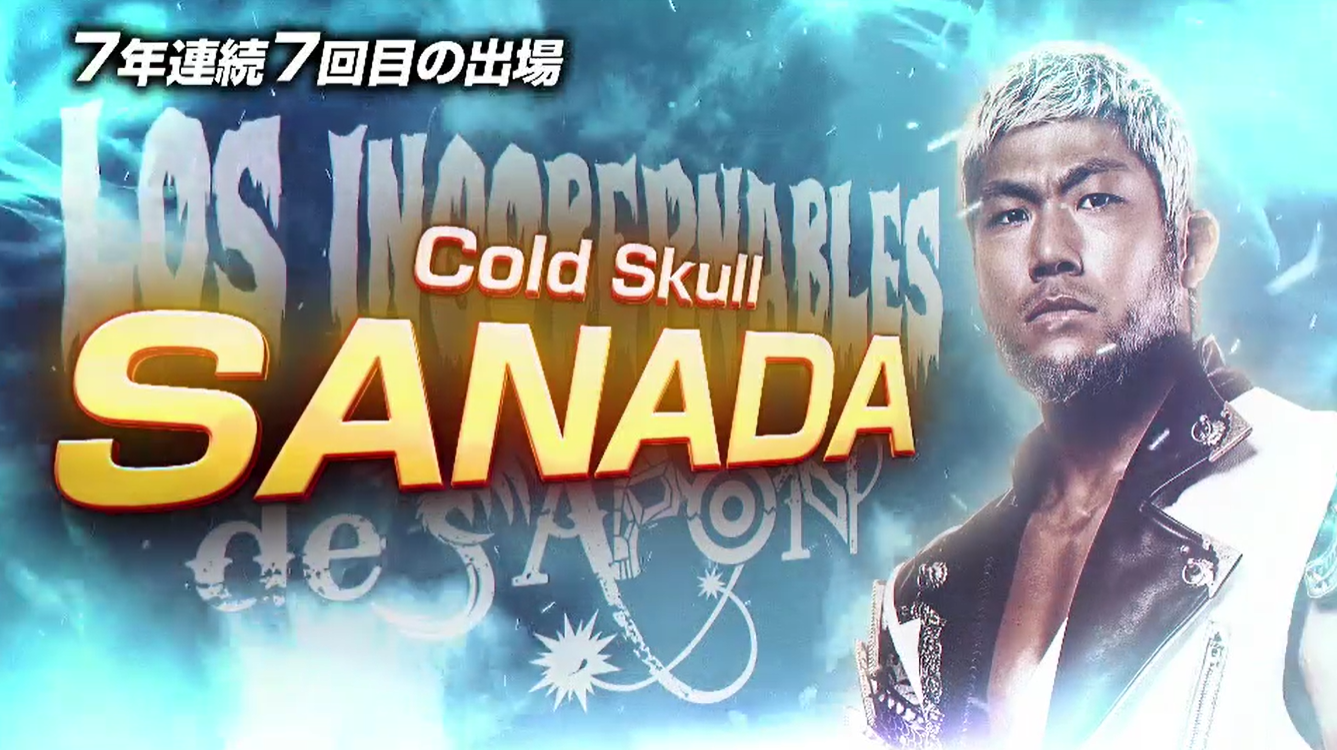 SANADA enters his seventh G1 looking to finally get one step beyond his 2020 finalist position and earn his first trophy in the Tournament of Tournaments. Cold Skull finally earned his first career NJPW singles championship this February when he captured the IWGP United States Championship, but fate saw to it that he would have to vacate before even making his first defence. Still with many a dream unachieved in New Japan, his first G1 win would do a lot of good to a year blighted by misfortune.

Though they didn’t meet for the first time one on one until Wrestle Kingdom, Great-O-Khan’s first singles match with SANADA back on January 5 was the very model of his G1 Climax 31 campaign strategy. Out as much to prove himself in SANADA’s aesthetic style of professional wrestling as he was to secure victory, O-Khan found himself taking to the air, but unable to get the final three. SANADA carried the pride of victory with him out of the Tokyo Dome, and into a successful challenge to Hiroshi Tanahashi in Sapporo back in February. Now he hopes another win will set up more great things- and get some much needed revenge on the United Empire after Will Ospreay put him on the shelf with a fractured orbital bone.

In the G1 Climax, winning is everything, but while the most wins will bring you the trophy, the quality of those wins can be a more than valid consolidation. Every champion has a target on their back in tournaments like these, and the status of Ace perhaps even greater. Owens’ Korakuen Hall victory over Hiroshi Tanahashi was something he could rightfully dine out on for months to come. Yet Owens would capitalize on momentum gained, and he and Bad Luck Fale would pick up his first ever IWGP Championship back in May. Though his tag reign was a brief one, Owens can head into the G1 with a renewed confidence, and with sights on taking scoring another big win.

Back in March, as BULLET CLUB entered the New Japan Cup under a veil of controversy. As every member of the group was forced with a choice between the Guerrillas of Destiny and Jay White, Owens would stay loyal to Bad Luck Fale in siding with the Catalyst. The best way for Owens to prove his loyalty through this G1 would be to take down Tama in Sendai.

Taichi started last year’s G1 strong before a mid table collapse led to a string of defeats, and rib injuries that would put him out of contention for the ensuing tour. The Holy Emperor certainly embodies how physically demanding the tournament can become, and has a tough road of demanding matches ahead of him. yet after a spring dominated by KOPW bouts with Shingo Takagi, could the conditioning and consistency be there for Taichi this year?

Taichi reacted with despair at finding out that he had the same block assignment as Tomohiro Ishii, every one of their bouts being extremely violent affairs, and all bar one of them ending in defeat. Taichi has Ishii straight out of the gate in his first block match this year, and gets him in his home town of Sapporo. Are the stars aligning for the Holy Emperor to start strong, or to be knocked off his perch?