New Japan Road comes to an end in Korakuen

Tuesday July 5 will see the final event of the New Japan Road tour. The NEVER 6 Man Tag team Championships will be on the line in Korakuen, while the final statements will be made before G1 Climax gets underway on July 16!

Watch New Japan Road LIVE or in English on demand on NJPW World! 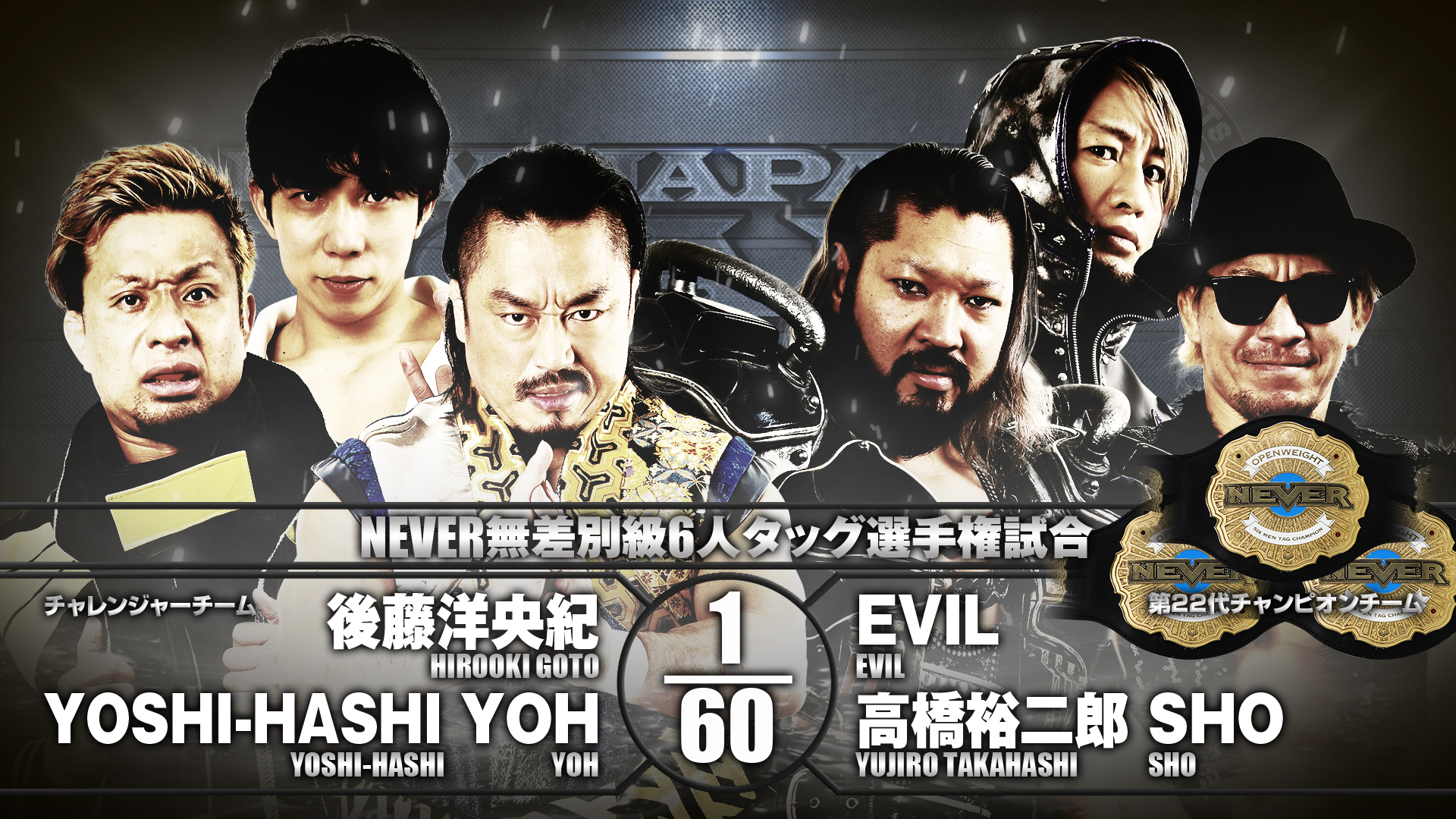 The main event sees HOUSE OF TORTURE look to make their fifth defence of the NEVER Openweight 6 Man Tag Team Championships against the CHAOS trio of YOH, YOSHI-HASHI and Hirooki Goto. Ever since taking the NEVER 6 man titles from CHAOS by hook and by crook last November at Power Struggle, the H.O.T side have racked up four defences through some effective, impressive and despicable triple team tactics. The handing off, passing and usage of weapons behind the backs of referees would be worthy of respect were it not so utterly illegal, and the champions instead have been at the receiving end of some very deserving hate.

As YOH has remarked upon the importance of opening a new chapter in both his career and the titles themselves however, he joins Bishamon in their third challenge to the champions. Both at Wrestle Kingdom and the New Year’s Golden Series, a HOUSE OF TORTURE triple play would put paid to CHAOS success. Now, YOH and company are hoping it’ll be third time lucky, but will H.O.T once again rebuff their challengers? 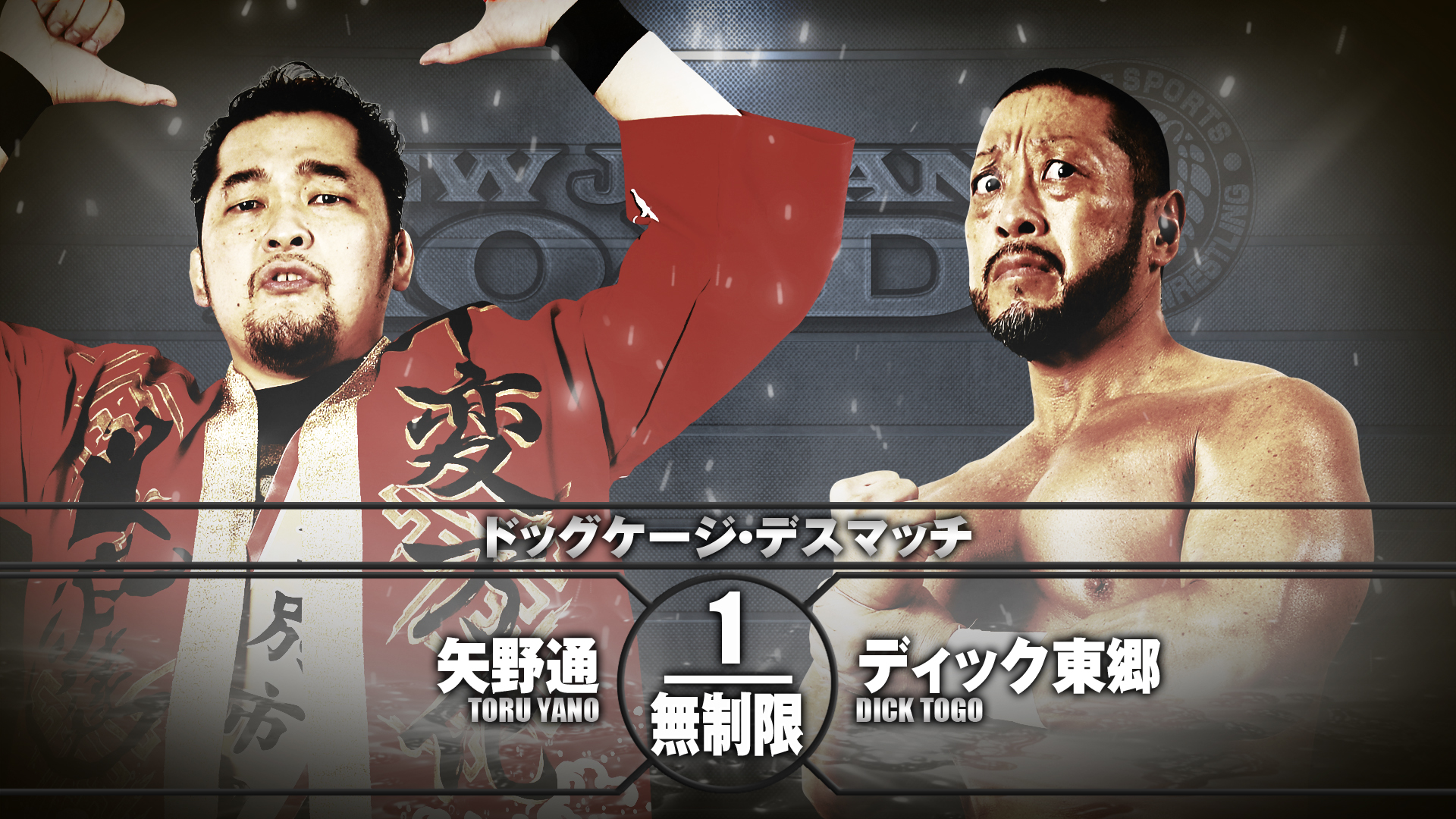 A consistent key figure in HOUSE OF TORTURE’s NEVER 6 Man Championship success has been Dick Togo. The playmaker in the triple plays that have racked up four defences for the champions to date, there is no doubt that H.O.T would not be where they are today without the presence of the Spoiler. Tuesday night then sees Yano attempt to spoil the Spoiler in Korakuen Hall. A Dog Cage Match means that one wrestler must lock the other in the confines of a dog cage in order to win, and that means a defacto one man advantage for the victor’s team in our main event. Having already beaten Minoru Suzuki in Sapporo this year to claim the KOPW trophy, Yano is 1-0 in dog cage matches in 2022, something very few, if any wrestlers on the planet can lay claim to. Can he go to 2-0 tonight? 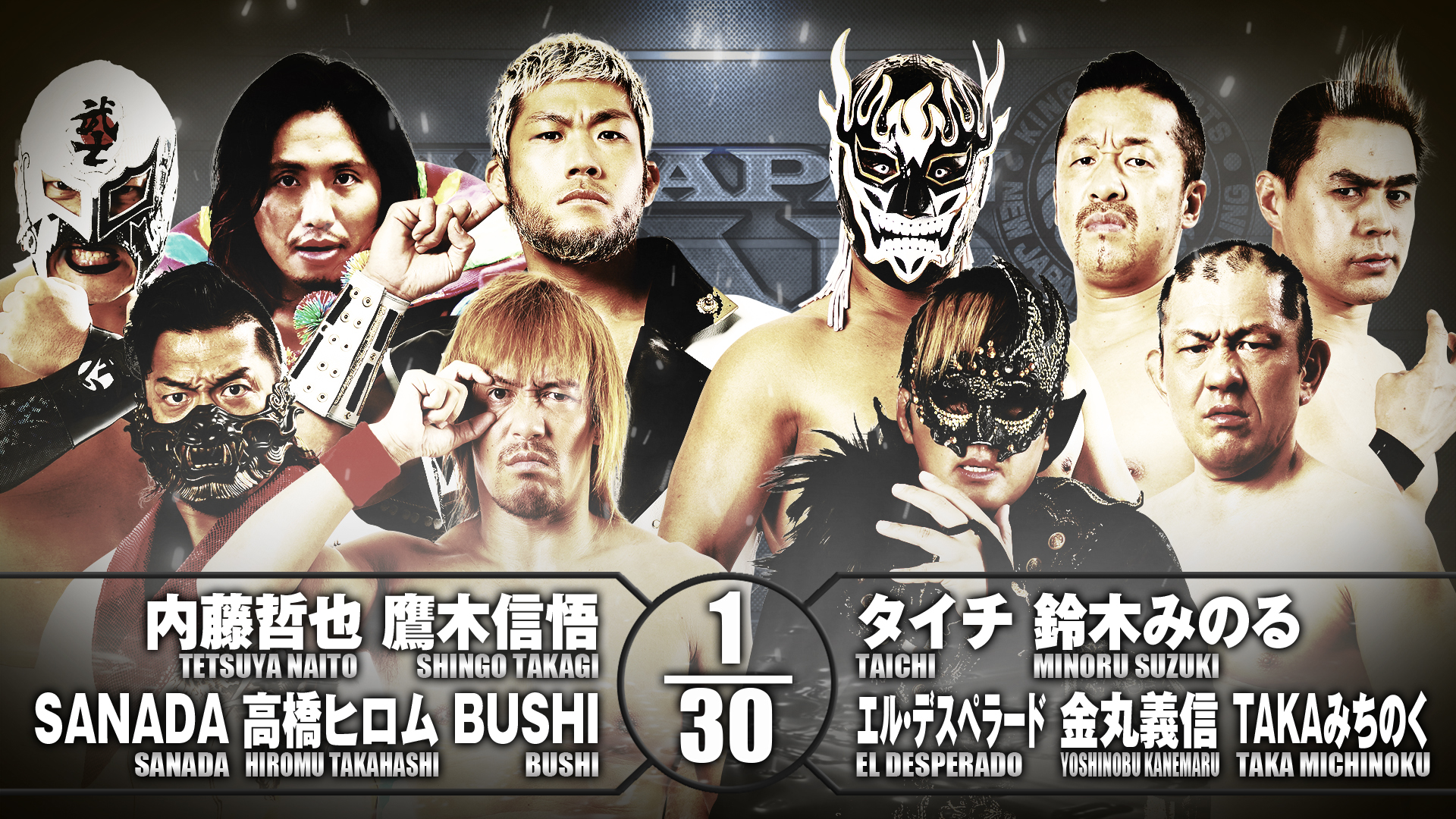 LIJ and Suzuki-Gun’s issues have been waging on for years, and the two sides will pick up tonight as both teams of five have G1 entrants that want to establish themselves. Taichi shares B Block with SANADA in the tournament, while Tetsuya Naito and Shingo Takagi are two of the favourites in blocks C and D. With less than two weeks to go before the tournament of tournaments, who establishes themselves in a big way tonight? 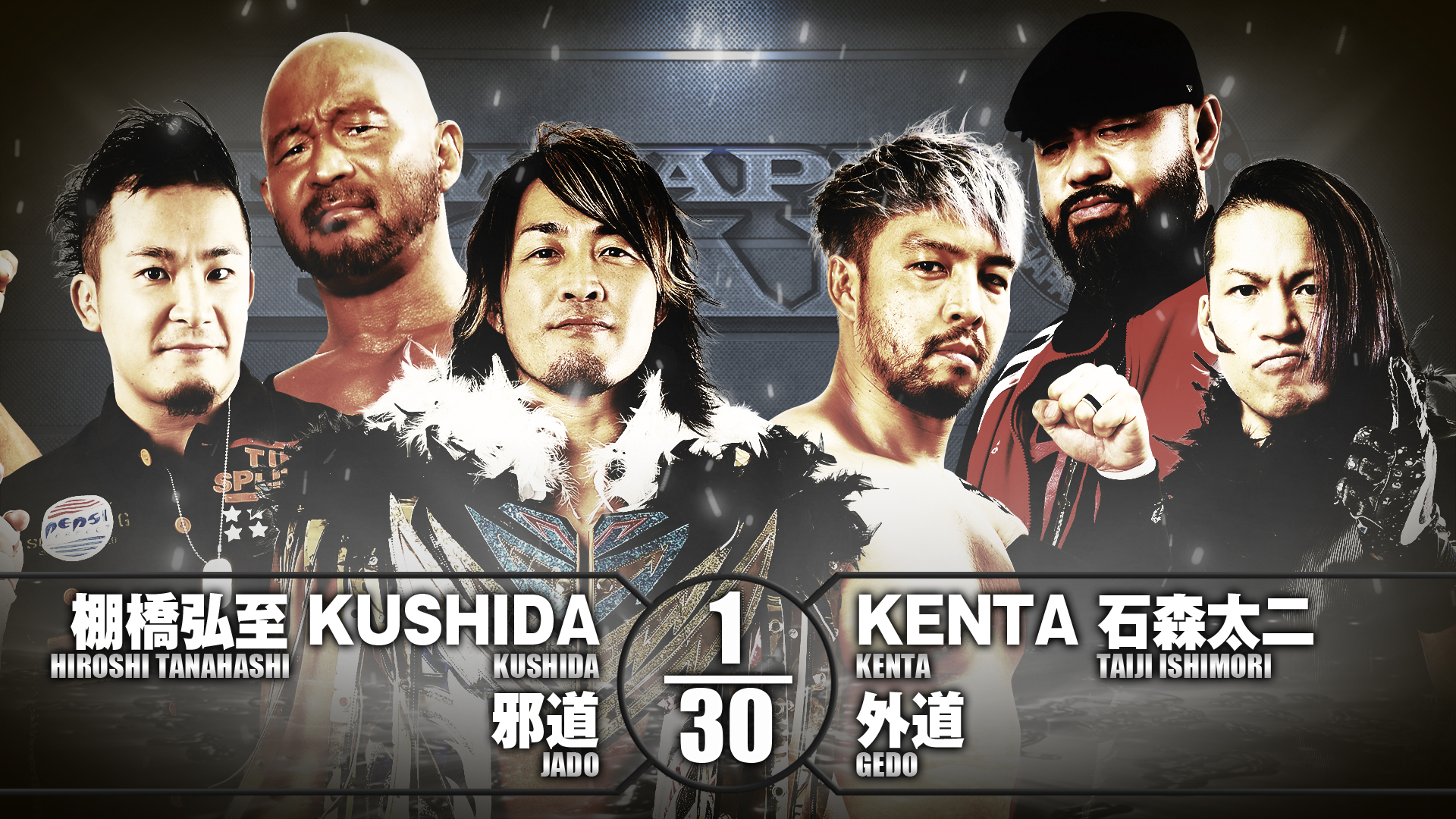 In the third of a return triple header, KENTA and KUSHIDA are again at opposite ends of a six man tag, this time incorporating Jado and Gedo into the Hontai and BULLET CLUB sides. Withe the former World Class Tag Team resuming their issues on either team, an already personal set of clashes escalates before the heavyweight KENTA and Tanahashi head into0 the G1 Climax. 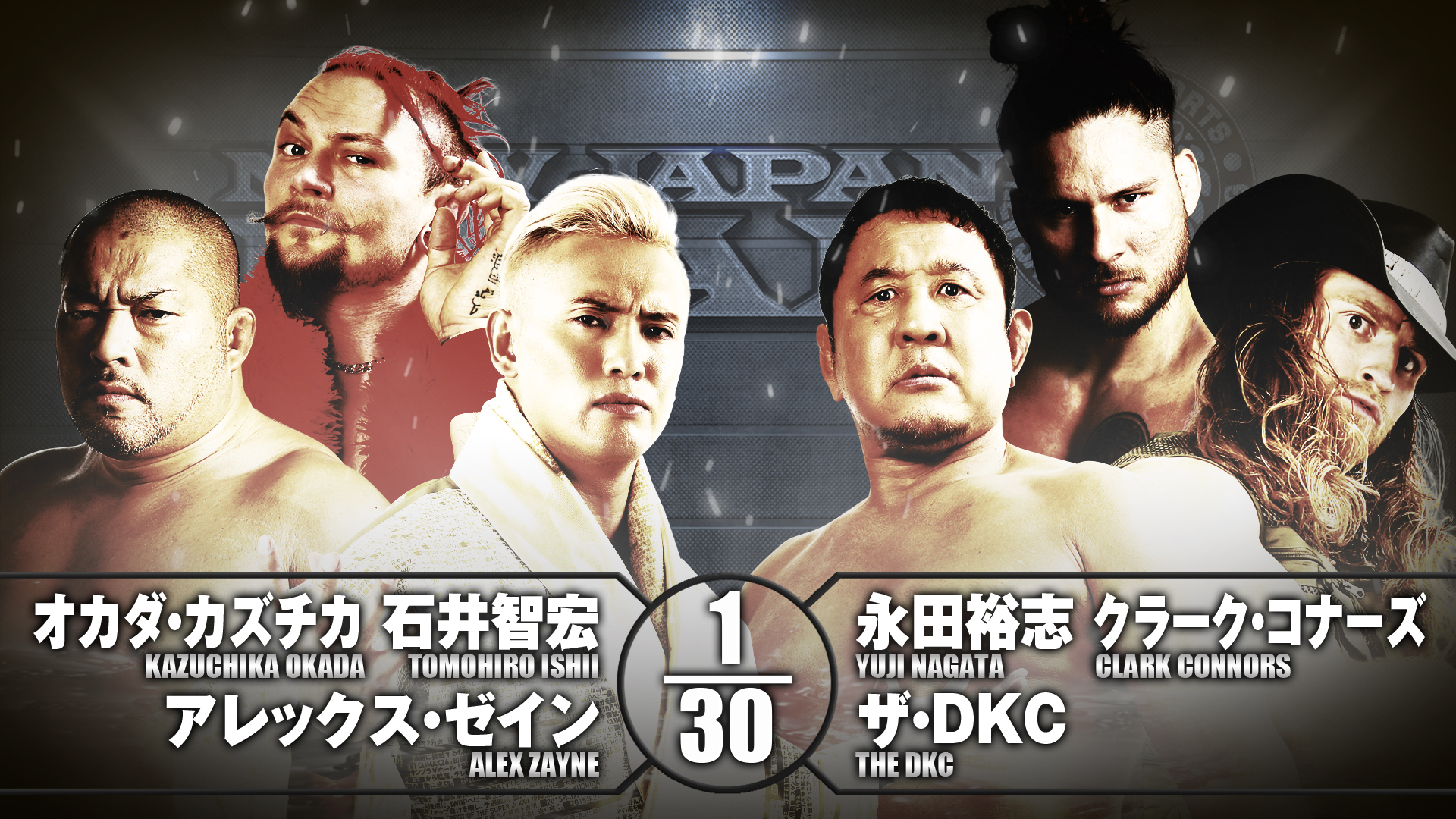 Six man competition will see Alex Zayne join CHAOS’ Tomohiro Ishii and Kazuchika Okada to face Yuji Nagata, Clark Connors and The DKC. Zayne will have teamed with a combination of CHAOS and Hontai talents over the last two days, and now finds himself with two CHAOS partners. There’s something about the group that fits The Sauce, and should Zayne make a more permanent home in NJPW, a strong performance tonight might see an invitation extended. In the opposite corner, Nagata, Connors and The DKC will be looking to finish this triple header with a result against incredibly formidable opposition. 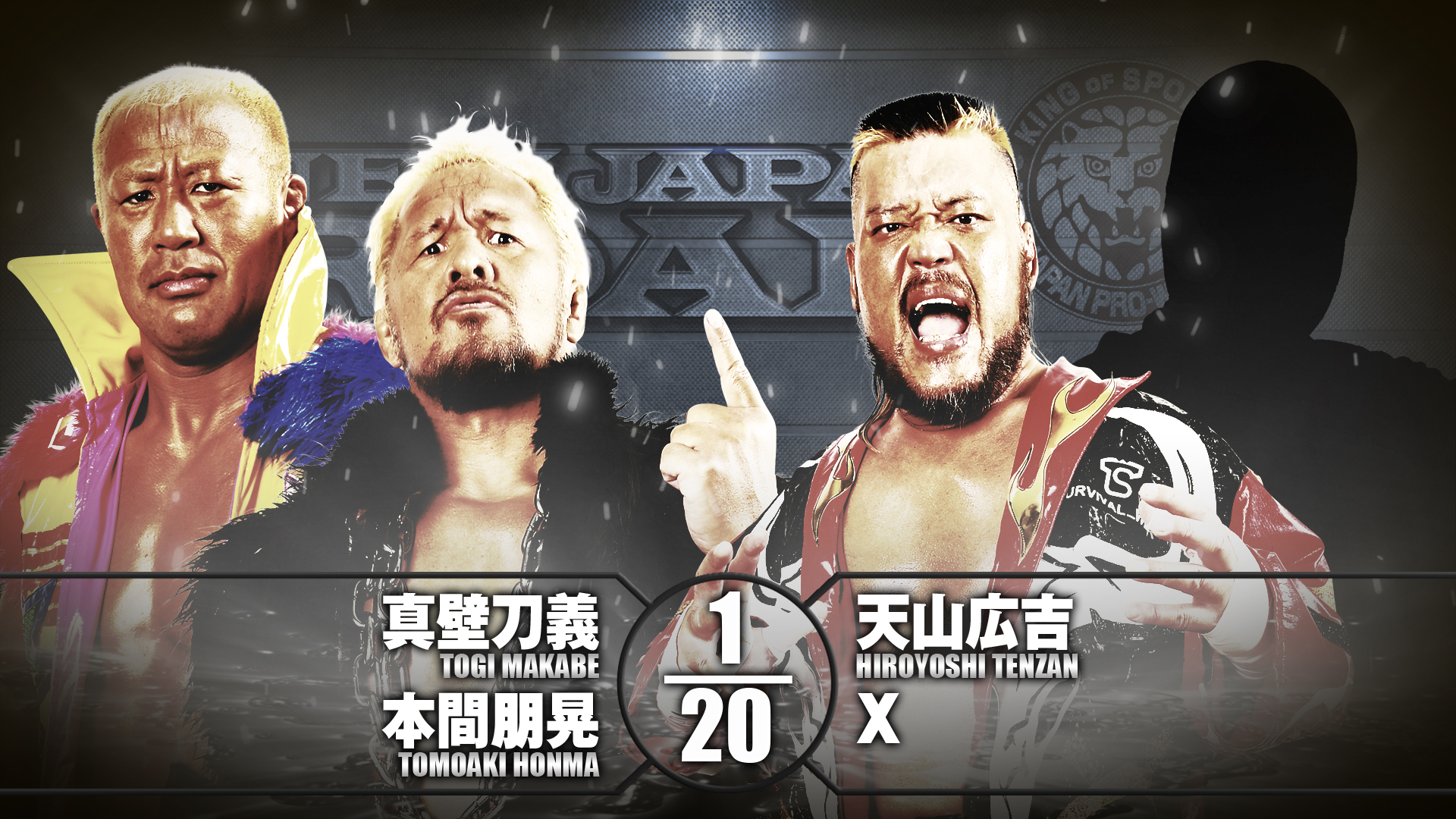 The third of three nights in Korakuen Hall sees the third mystery member in a row. After Tiger Mask appeared on night one, it would be another mystery man taking on TAKA Michinoku on July 4. Who could possibly be fighting alongside Hiroyoshi Tenzan tonight? GBH was able to put away the combination of Tiger mask and Ryohei Oiwa on July 3, but might Tenzan’s mystery partner get the job done two nights later? 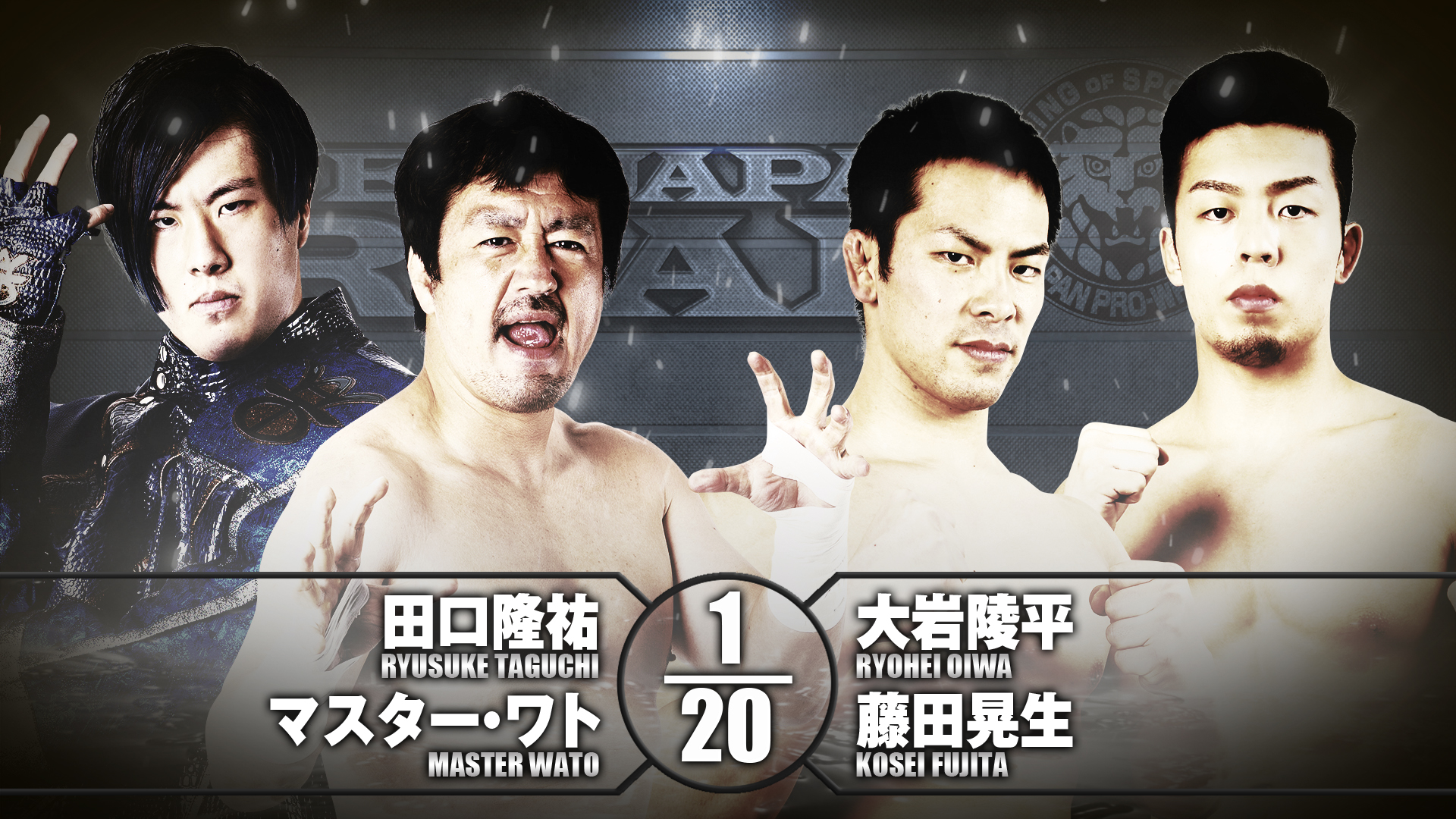 The opening match of the night will see a major opportunity for Ryohei Oiwa and Kosei Fujita as the two Young Lions take on former IWGP Junior heavyweight Tag Team Champions Ryusuke Taguchi and Master Wato. The chance for the Noge Dojo boys to grow with a learning experience from Six or Nine is hard to pass up; the chance to potentially get a win over former champions and set themselves as unlikely title contenders to the United Empire is irresistible.