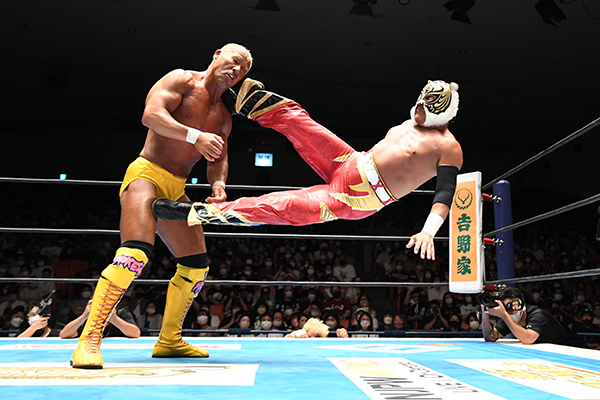 The start of action July 3 in Korakuen Hall was set to see Yuto Nakashima team up with Ryohei Oiwa against the Great Bash Heel combination of Tomoaki Honma and Togi Makabe. After Nakashima suffered an elbow injury though, the position was open for a mystery partner to Oiwa, who turned out to be Tiger Mask.

Having freshly won the World Junior Heavyweight Championship in All Japan Pro-Wrestling, Tiger Mask was demanding as ever of his Young Lion partner, expecting him to pick up the pace which he did with a short range dropkick. The freshly crowned junior champ was quick to take out Makabe with a high cross, and locked in a double armbar, but the submission attempt was interrupted by Honma. 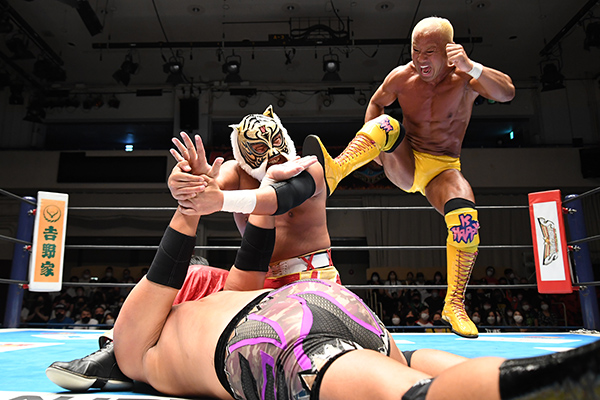 Honma would pile on the pressure with a Kokeshi off the tag after a Makabe powerslam, but a kangaroo kick would see Oiwa back in. The explosive young prospect would trap Honma in a Boston Crab, and though Makabe broke the hold, he and Tiger were in the plus position as the match broke down. A gutwrench suplex got two for Oiwa on Honma, and a half Boston followed, but after the veteran made the ropes, he was able to connect with a rocket Kokeshi and a stiff full Boston to froce the submission. 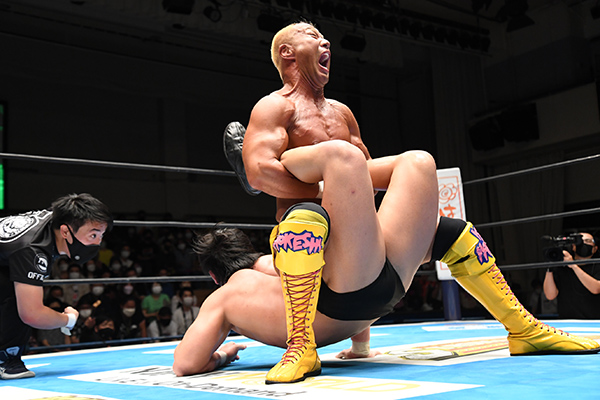 Post match, Tiger greeted the NJPW fans as the All Japan Champion for the first time, and vowed to show the strength of New Japan through a pair of defences in Korakuen Hall and Osaka later this month. 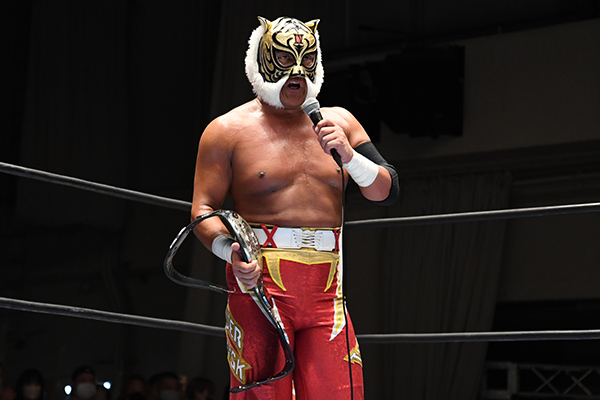