KUSHIDA and KENTA return in Korakuen 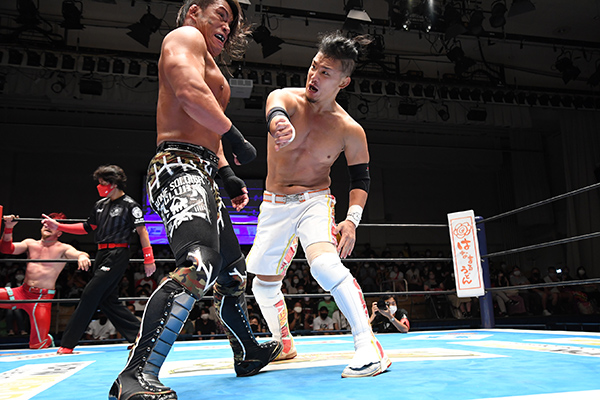 The main event July 3 in Korakuen Hall saw the returns of both KENTA and KUSHIDA to NJPW action, following a six month injury, and a three year spell in WE respectively. A trios match would see KUSHIDA team with Hiroshi Tanahashi and Alex Zayne opposite KENTA, Taiji Ishimori and Gedo.

A fortnight after confronting the IWGP Junior Heavyweight Champion in the Hall, KUSHIDA wanted to start with Ishimori, and quickly entered into a grappling contest with the Bone Soldier. With no upper hand gained, Gedo and Zayne would tag in, The Sauce quickly setting to work with a flipping senton to Gedo and landing a double head scissors to KENTA and Ishimori. 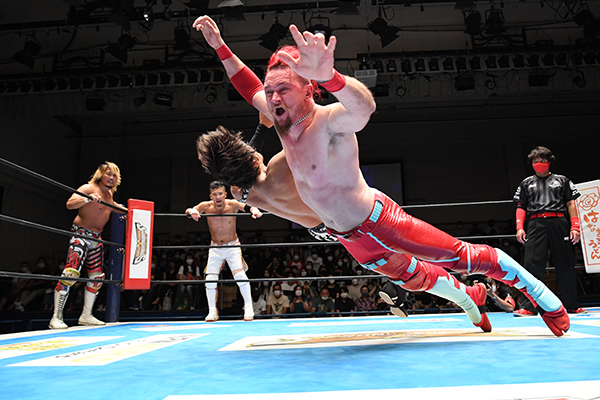 A trio of dives would be cut off by the BULLET CLUB members though, and the advantage was had on the floor. With Zayne isolated, KENTA put the boots in with brutal kicks and shots into the exposed top corner creating stinging welts. A lariat would create an opening for Zayne though, and Tanahashi would charge in on his Tokyo Dome opponent, firing in rights and lefts before a flipping senton scored two. 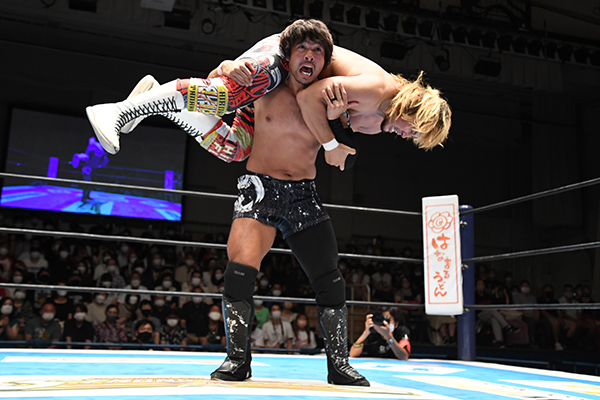 KENTA would slow Tanahashi’s advances with a powerslam, but a tag would bring KUSHIDA back legal, and the result was a frenzy of offense on all three BULLET CLUB members. Ishimori knew the danger of leaving his arm unprotected, and avoided contact on an arm punt to rally with an overhead kick, but a handspring from the Timesplitter would take care of Gedo and KENTA, and leave Gedo in a dangerous spot. A hammerlock suplex scored, and KUSHIDA was victorious on his NJPW return. 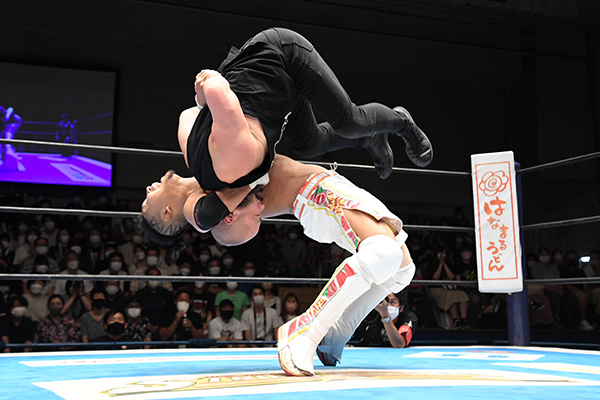 Post match, KUSHIDA stated that though he had left some dreams unachieved in WWE, returning to NJPW has made new ones possible. With messages of respect for Tanahashi and Zayne, KUSHIDA now moves ahead to a tag team main event on July 4 teaming with the Ace against KENTA and Ishimori. 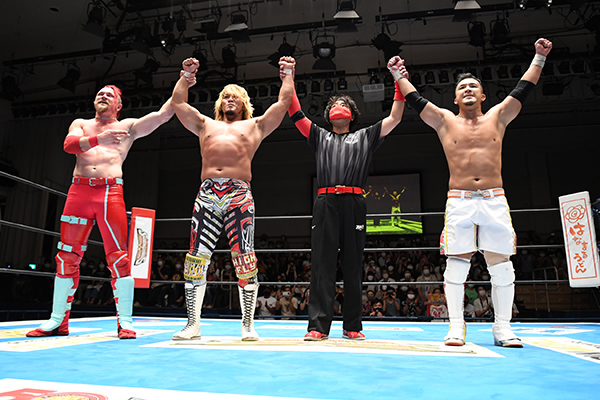