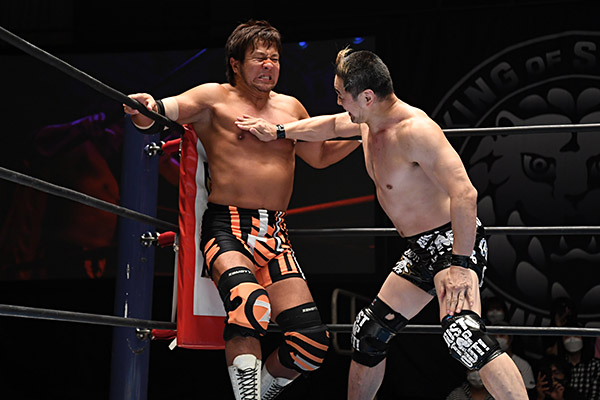 After Tiger Mask appeared as the mystery partner for Ryohei Oiwa on July 3’s New Japan Road event, many predicted the AJPW World Junior heavyweight Champion would appear again the next night to face TAKA Michinoku. The junior legend would be in for another surprise though, as none other than Satoshi Kojima would answer the call on July 4. 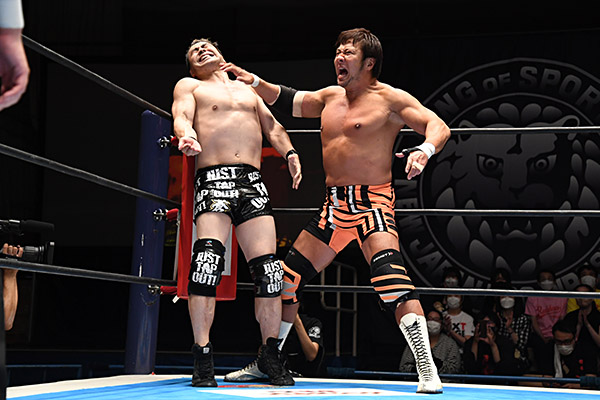 Having defeated Go Shiozaki to lift the gold in June, the match would mark the first time in over 12 years a reigning GHC Heavyweight Champion wrestled a singles bout in an NJPW ring. Michinoku would not get the time to reflect on the historical significance of the match as Kojima took the fight to him, but TAKA would turn the tables on the floor, and negotiated a crossface that took the champion to the ropes. Machine gun chops proved to be too insulting though, and it wasn’t long before Kojima unleashed a full clip of his own. 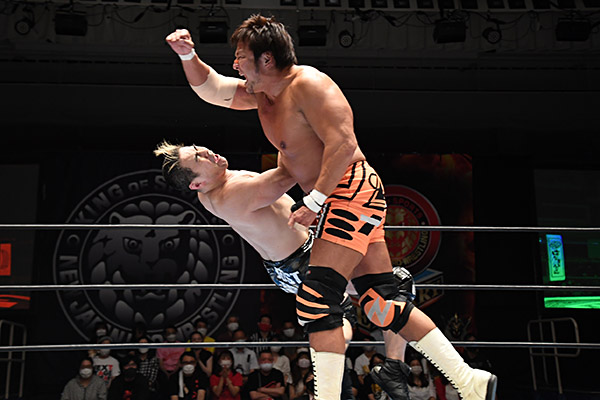 TAKA evaded the Bakayaro Elbow and rolled up the Third Generation member for two, but Kojima was able to find a Cozy Cutter and DDT. Though Michinoku had the champ in pain with the Rings of Saturn, a crunching lariat would bring Kojima the three count. 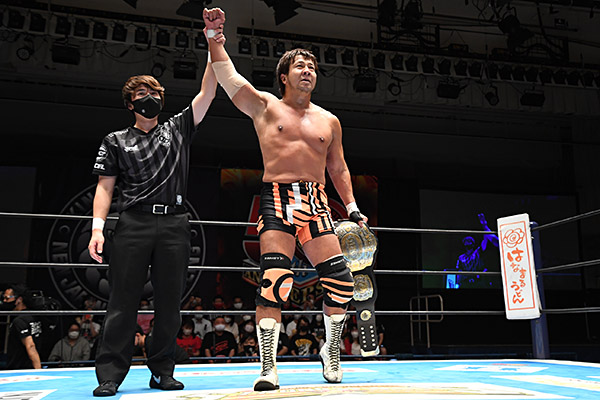 After his match, Kojima asked for support in July 16 title defence against Kenoh in NOAH. Another X is scheduled to team with Hiroyoshi Tenzan against GBH on July 5.