Ishimori gets tap out win over time bending returnee 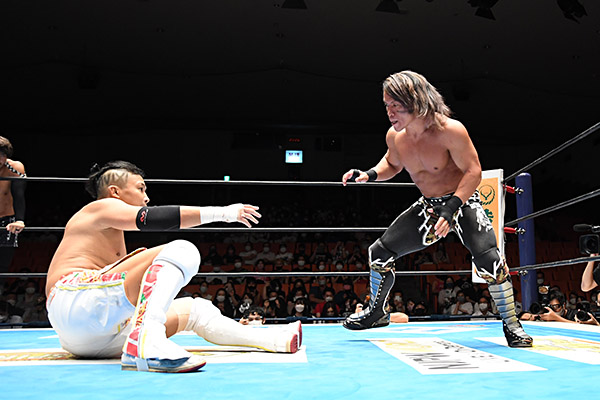 The main event of July 4’s New Japan Road card in Korakuen Hall saw KUSHIDA and KENTA on opposite ends of a tag for their second matches since returning to NJPW action, KENTA joined by IWGP Junior Heavyweight Champion Taiji Ishimori as KUSHIDA teamed with Hiroshi Tanahashi. 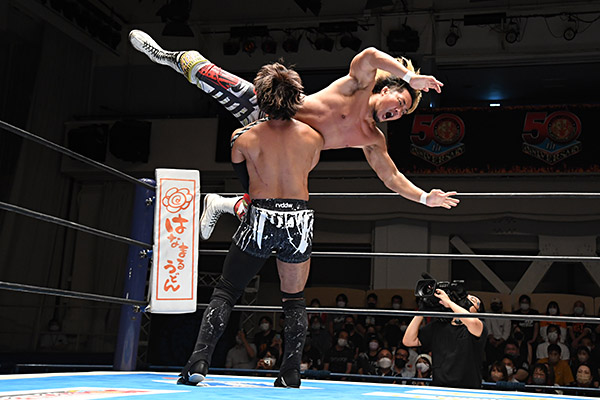 KUSHIDA and Ishimori would start the match with even handed technical grappling before KENTA and Tanahashi had their own, very different exchange. Each tried to pull the other down by the hair before the Ace’s classical stylings won out over KENTA, taking the BULLET CLUB member down long enough to bring him to the Hontai corner. Yet KENTA would turn the tables on KUSHIDA before brawling with Tanahashi on the floor as Ishimori took control on his potential future junior heavyweight challenger. 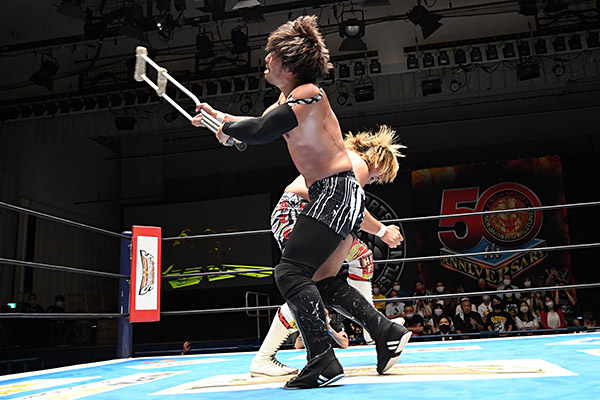 With Ishimori’s arm work, and KENTA’s solid kicks, KUSHIDA was grounded and cornered until a handspring back elbow brought Tanahashi back in at the ten minute mark. Still, the Ace couldn’t fully swing the pendulum of momentum to the red corner, an attempt to skin the cat seeing a dropkick from KENTA. With Ishimori exposing the blue corner, welts formed on the Ace’s back as he was driven into the steel and then referee Red Shoes Unno. 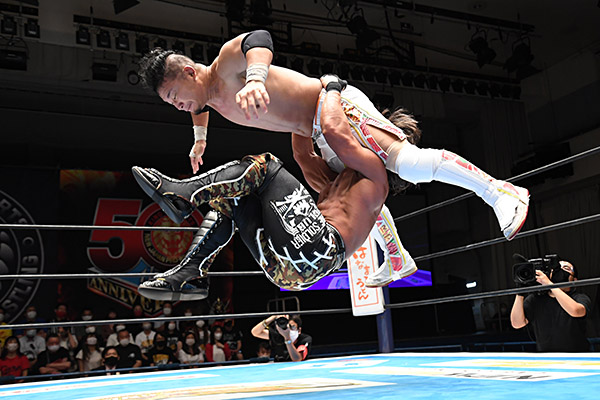 Taking the cue to grab some weaponry, KENTA found one of the crutches Tanahashi had driven him to in the Tokyo Dome, but Tanahashi delivered a Slingblade before it could be put to ill use. Waiting for the tag, KUSHIDA accelerated the pace, and delivered a crunching double stomp before a hip toss into a cross arm breaker, but an attempt at the Hoverboard Lock was countered into Cipher Utaki and a long two from the recovered official. 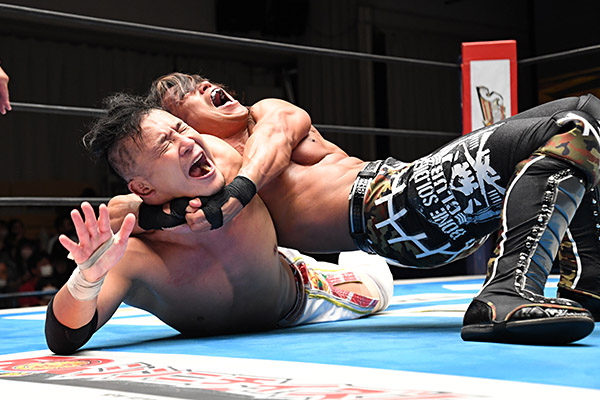 As the match broke down, KENTA and Tanahashi would fight all the way to the back, leaving Ishimori and KUSHIDA in a de facto singles bout. Wanting a big win over a man he said ‘wasn’t worthy’ of his challenge, Ishimori would quickly land La Mistica and the Bone Lock, submitting the Timesplitter. Post match, Ishimori would state that KUSHIDA had failed the test set in front of him, and that he will keep searching for a new challenger. 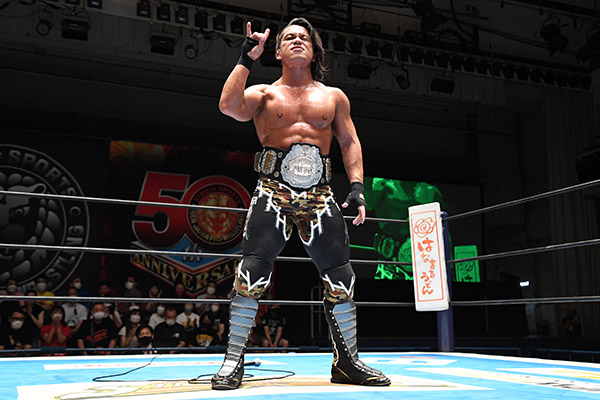 Ishimori teams with KENTA and Gedo on July 5 opposite Tanahashi, KUSHIDA and Jado.