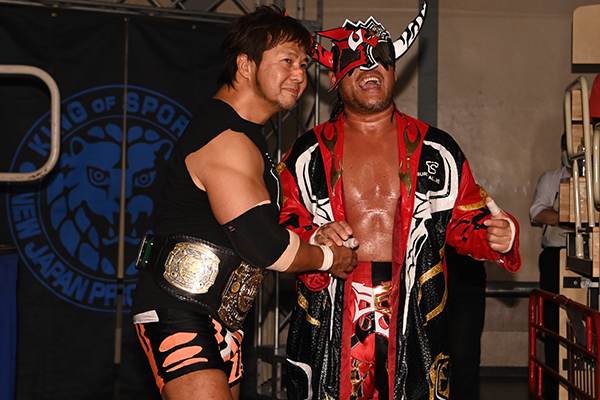 Satoshi Kojima made his second straight appearance as X in Korakuen Hall on July 5, as he reunited with Hiroyoshi Tenzan for TenCozy’s first tag match since February. 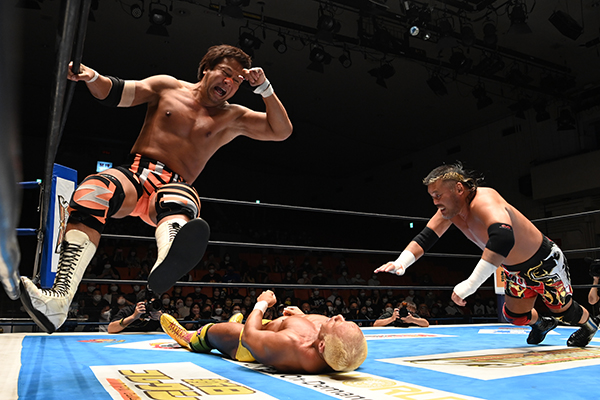 TenCozy effectively cornered Tomoaki Honma for the bulk of the match before some Kokeshi styled Mongolian chops to Tenzan and a DDT brought Makabe inside. The Unchained Gorilla brought his trademark hard hits to the Third Generation opposition, but would get dropped by a Mountain Bomb as Kojima re-entered the fray. 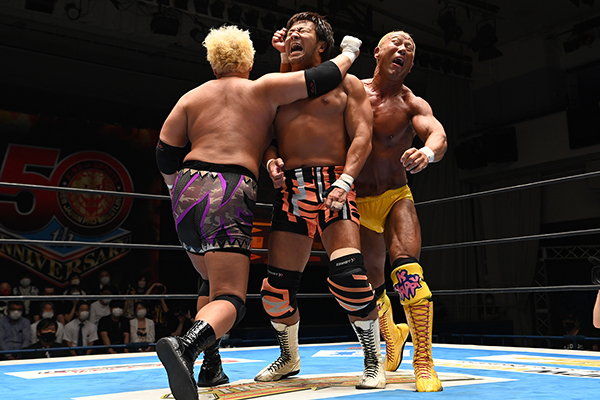 Honma landed a bulldog but missed a Kokeshi on the GHC Heavyweight Champion, allowing for a barrage of Machine Gun Chops. Honma landedwith the headbutt on his second try though, before fighting for a suplex but getting dropped with a Cozy Cutter. Makabe would hit the ring but found himself in the path of a TenCozy Cutter, and after a Kokeshi Rocket missed, Kojima landed a Lariat for the victory. 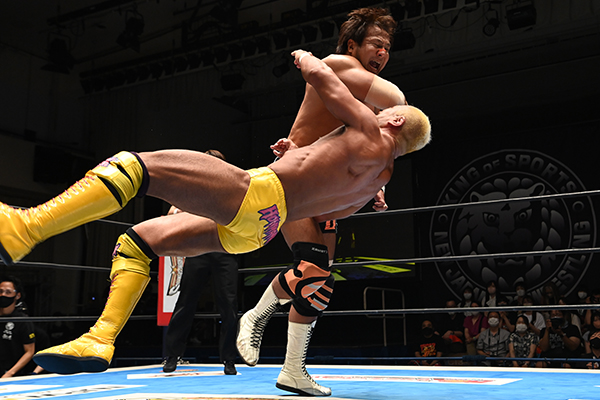