G1 kicks off in Sapporo

After two years in the autumn, G1 Climax returns to its rightful place in the midsummer this year. The tournament of tournaments will also return to its traditional starting place of Hokkaido, with two big nights of action to come completely free on NJPW World. 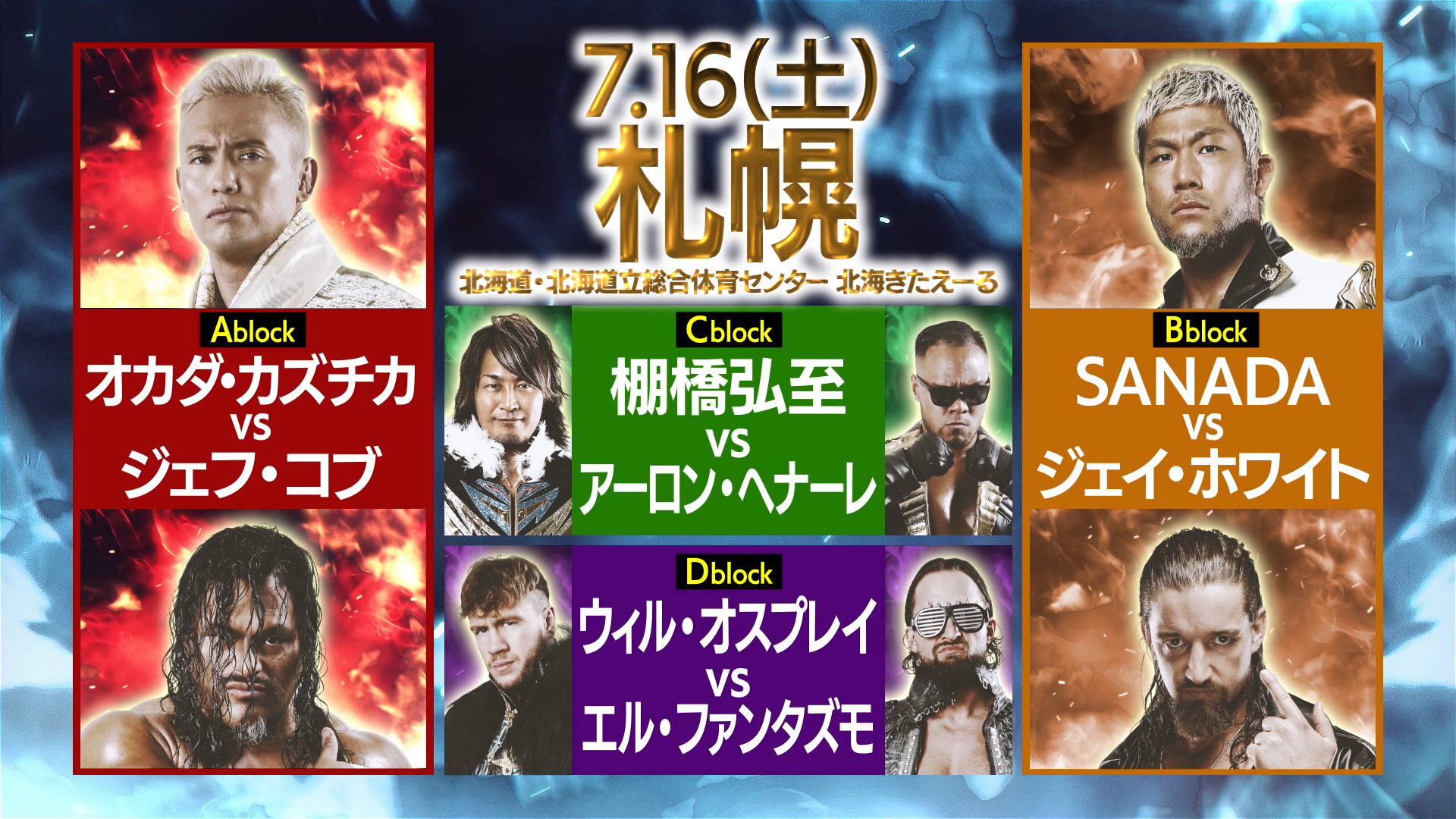 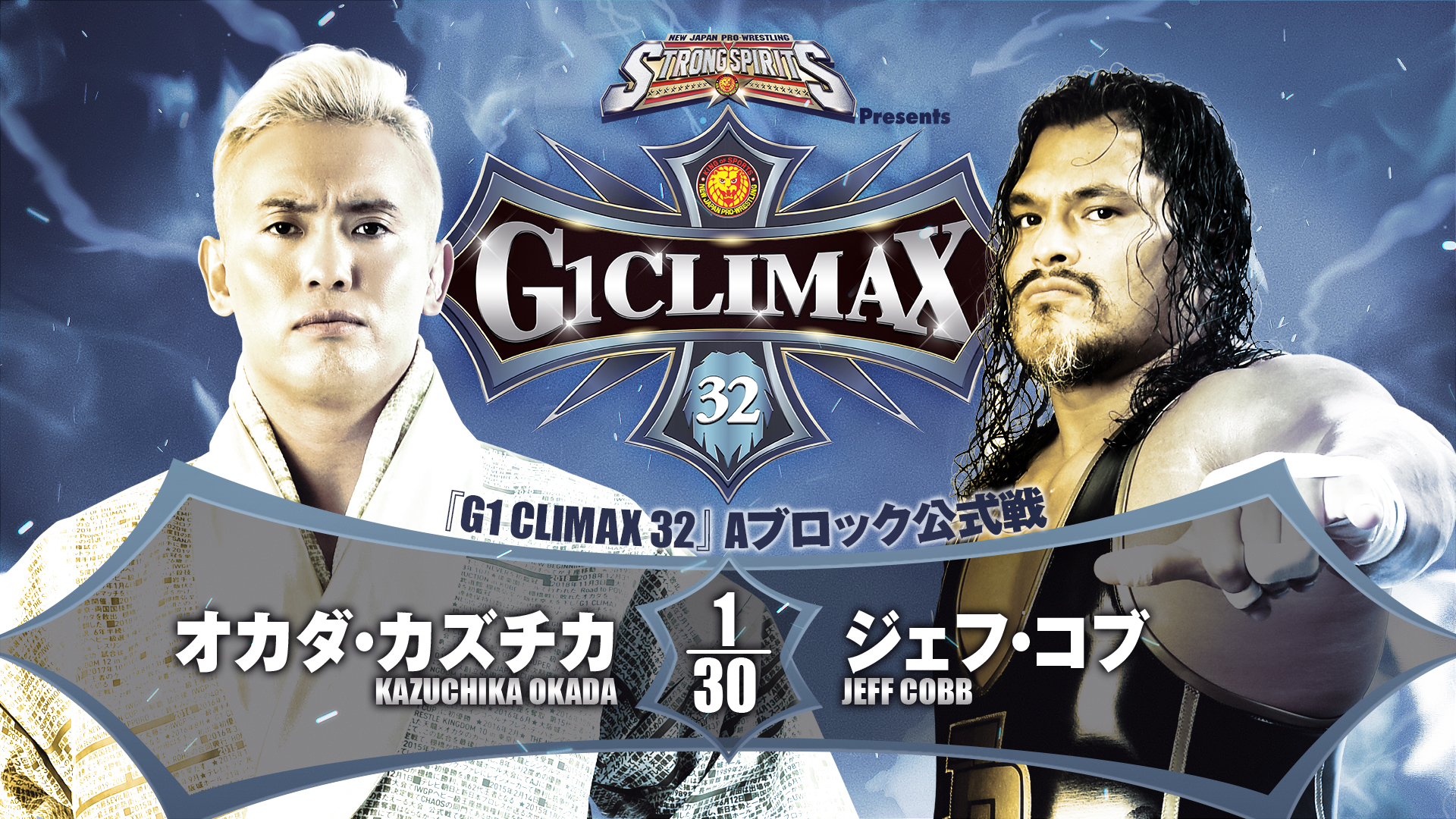 While a lot of talk has been around the ‘big boy’ A Block, Okada and Cobb are the two favourites of a group full of hard hitters. Four of the last five years have seen the eventual tournament winner win their opening match, and with more condensed seven man blocks this year, any loss can be very ill afforded. More than ever before, Cobb will be fighting to rectify his 1-3 record against the Rainmaker, and to harken back to his convincing MetLife Dome victory last September. 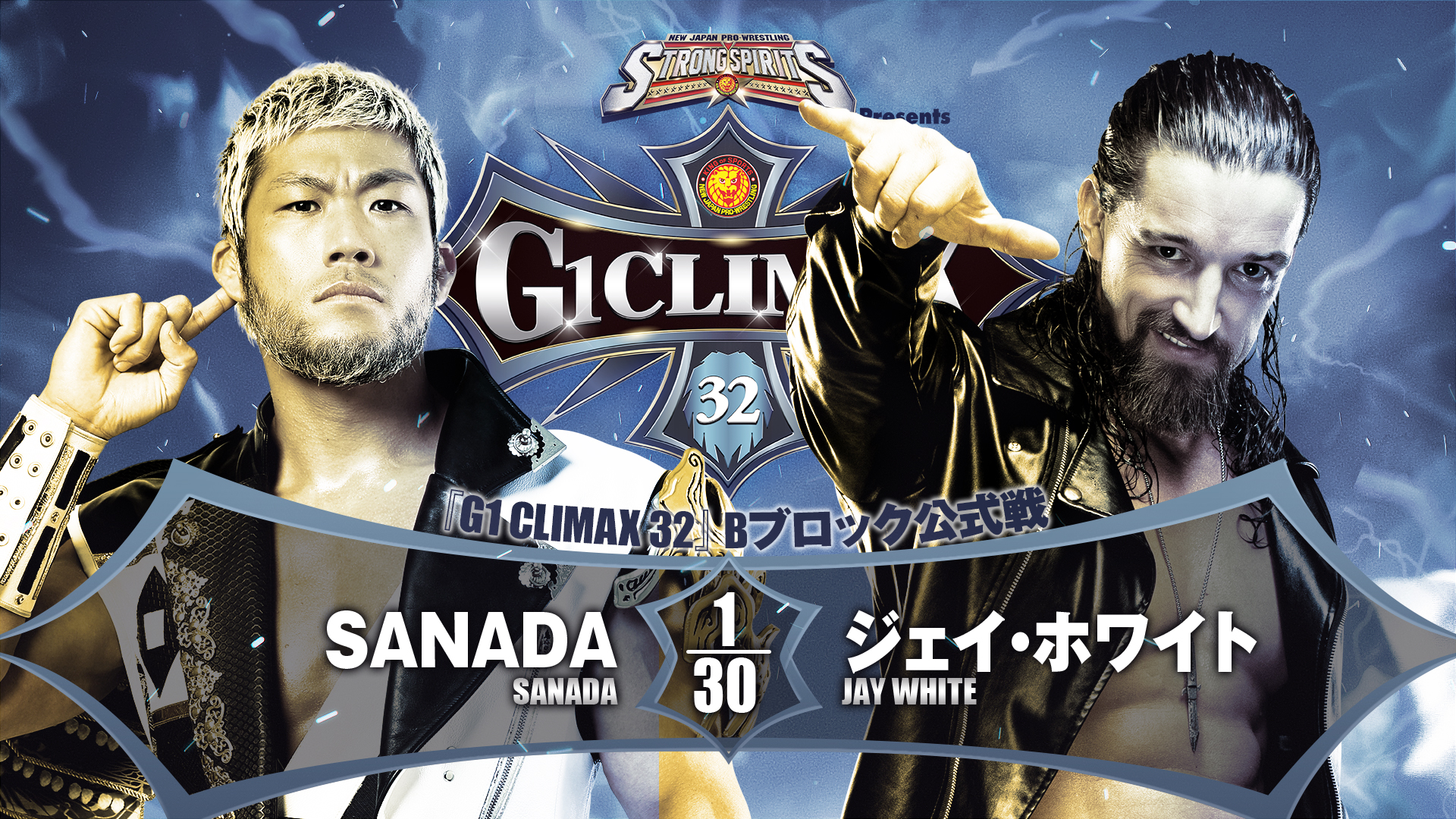 With every point even more critical than ever in this year’s tournament, few are planning on bucking the trend of first match winners going on to win the whole G1. Yet Jay White will be looking to buck a different trend. Already a 2019 finalist, the Switchblade will be harking back to G1 Climax 2000. That was the last time the G1 had four blocks, albeit of five wrestlers instead of seven. It was also when Kensuke Sasaki, in the same B Block position as Jay White, won the G1 as reigning IWGP Heavyweight Champion; the second and final man to do so. While Jay White cares not for history, he is keen on making his own, and taking the IWGP World heavyweight Championship through a similar path.

That fateful 2000 G1 started for Sasaki with a convincing, sub seven minute win over Brian Johnston. White may have a harder and longer time of it against SANADA however. With their one singles meeting in 2020 in Osaka seeing the Switchblade pushed past the 20 minute mark, SANADA will be looking to match his classical style against White’s and this time emerge victorious. 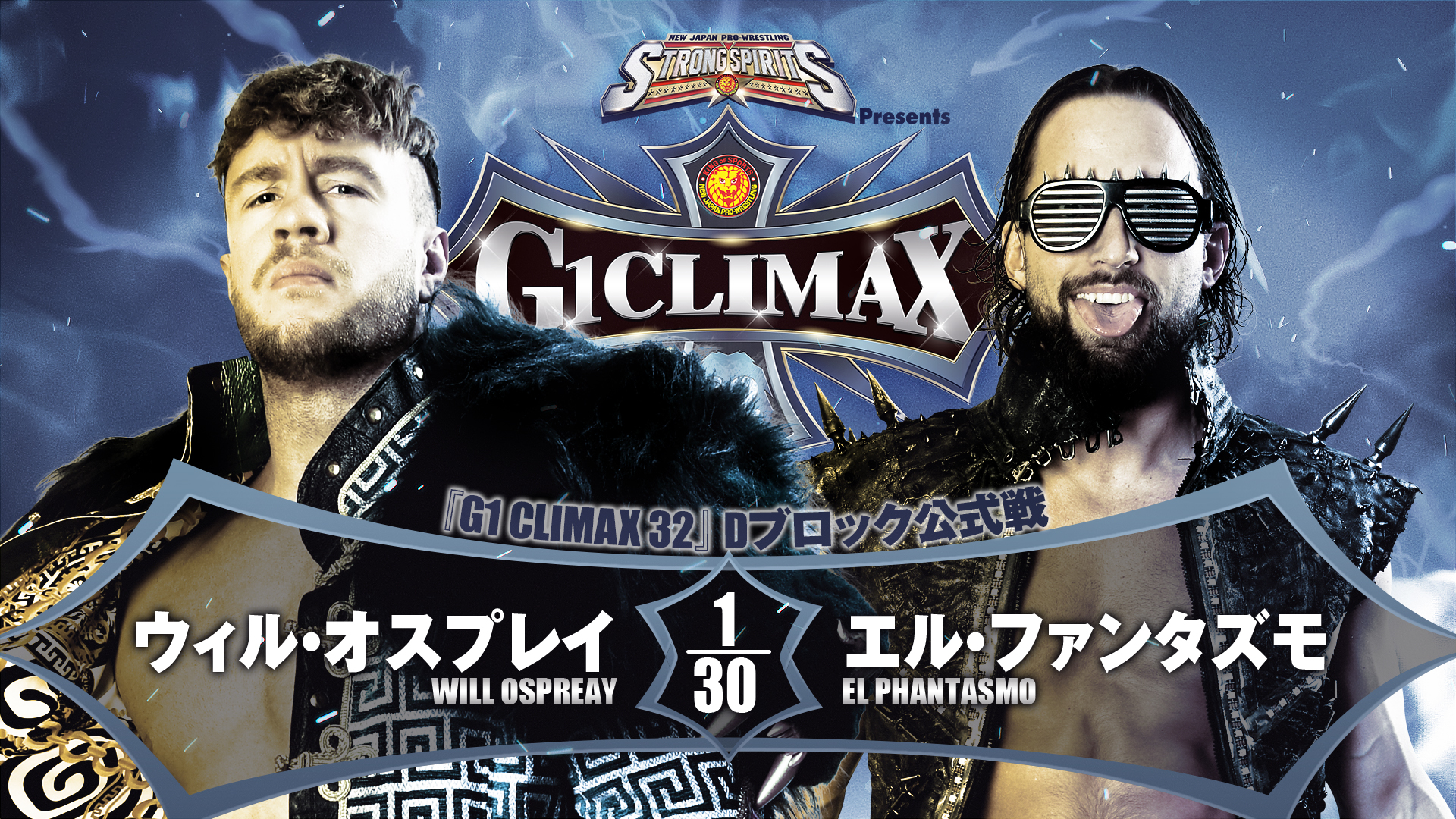 Fans in Sapporo will be in for a spectacle when El Phantasmo and WIll Ospreay tie up in the first match for D Block. On again, off again rivals since 2018, Phantasmo’s first appearance in an NJPW ring saw him getting a tag team victory over Ospreay back at Dontaku three years ago, and ELP wasted no time getting two singles victories, contentious though they may have been, over the Commonwealth Kingpin in the cerulean blue. Since the 2019 Super J-Cup though, Ospreay has been on top of their rivalry, resulting in a current 3-3 record between the two men over the course of their careers.

In 2022, a spectacular New japan Cup meeting fell Ospreay’s way thanks, on no small part, to a mental block surrounding ELP’s inability to use the Sudden Death superkick, it’s loaded secret being revealed two months prior. Now, Phantasmo states, he is free of his block and hungry for success. There would be no better way for the Headbanga to start his debut G1 than by beating the uncrowned IWGP US Champion, but it’s a task far easier said than done. 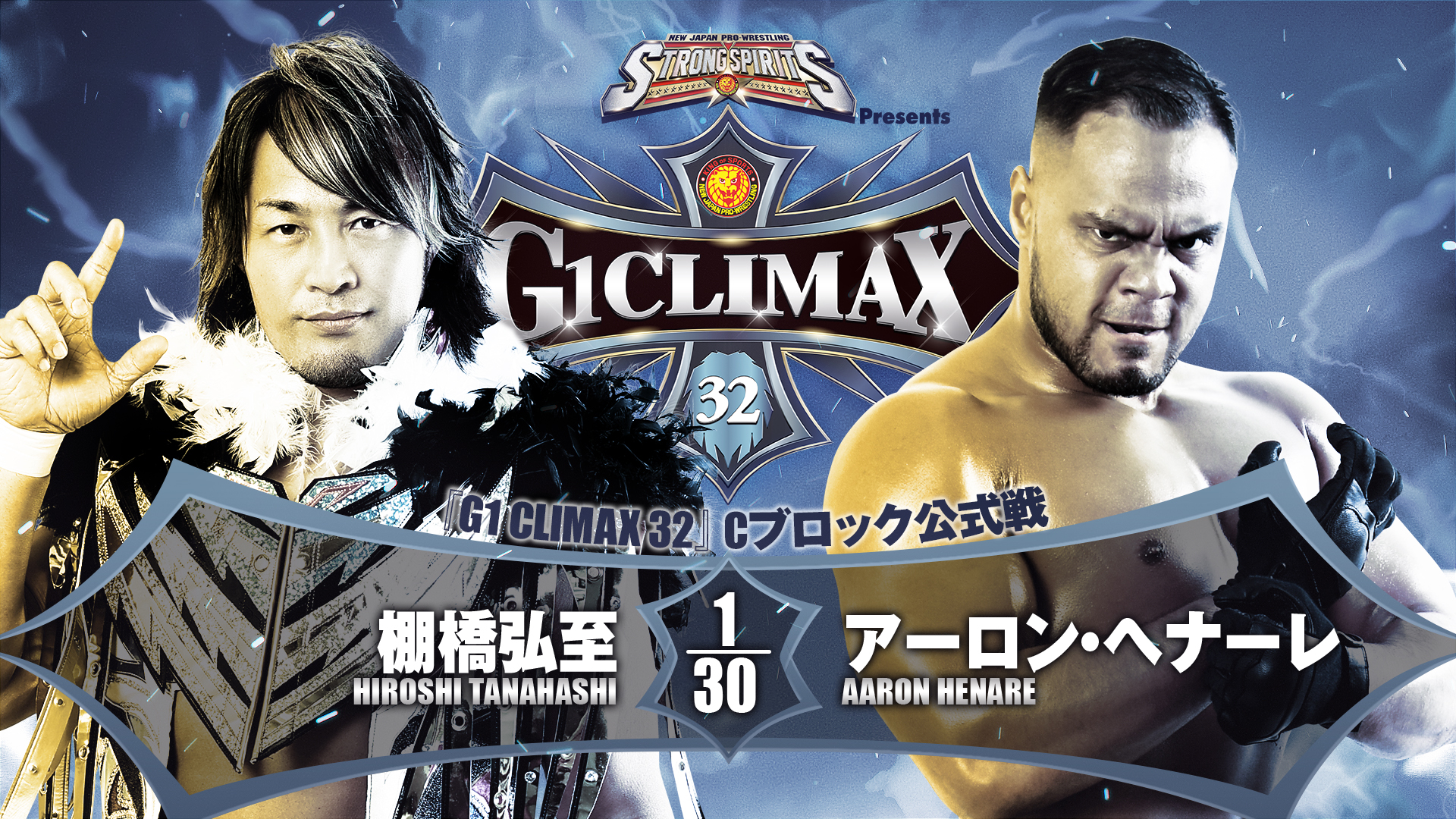 Aaron Henare heads into his own first G1 Climax match seeking to take down his biggest target. In transitioning from Hontai to the United Empire in 2021, Henare commented that there was a glass ceiling within the core faction of NJPW, one he felt was installed and maintained by the Ace himself. Carrying a monumental chip on his shoulder ever since, Henare has earned his way into the tournament of tournaments, and now must prove to the world why he belongs. A win over the three time G1 trophy holder would do just that. 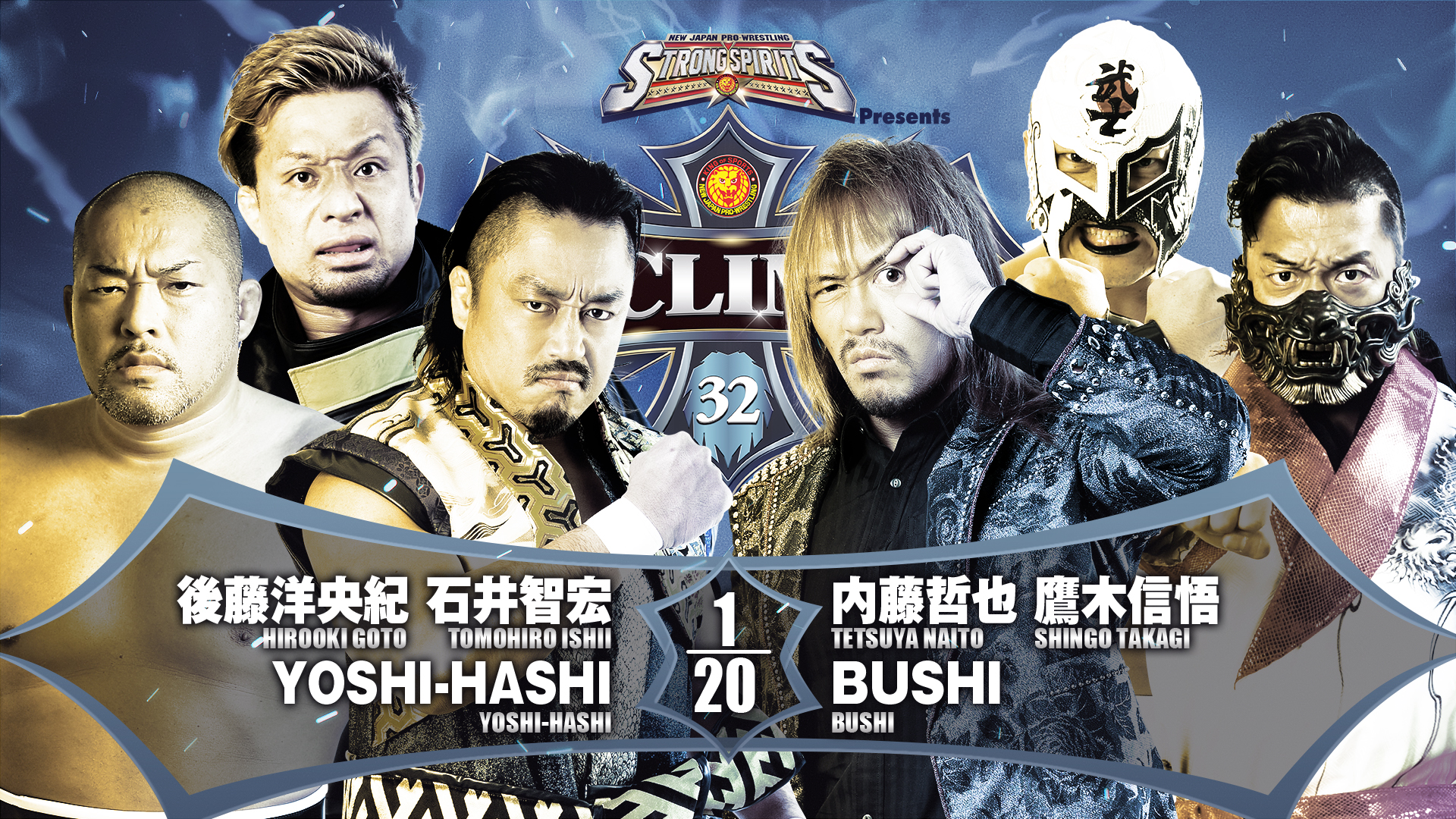 With Tetsuya Naito slated to face Hirooki Goto on July 20 in Sendai, and YOSHI-HASHI gearing up for his first league match with Shingo Takagi in Ota on July 23, six man tag team action sees CHAOS battle LIJ. The different schedule a four block format presents makes approaches to multiman tag team previews all the more intriguing, as competitors will decide whether to go all out in a bid to deal pre-tournament damage, or to adopt a more strategic approach. Who makes a big statement in Sapporo? 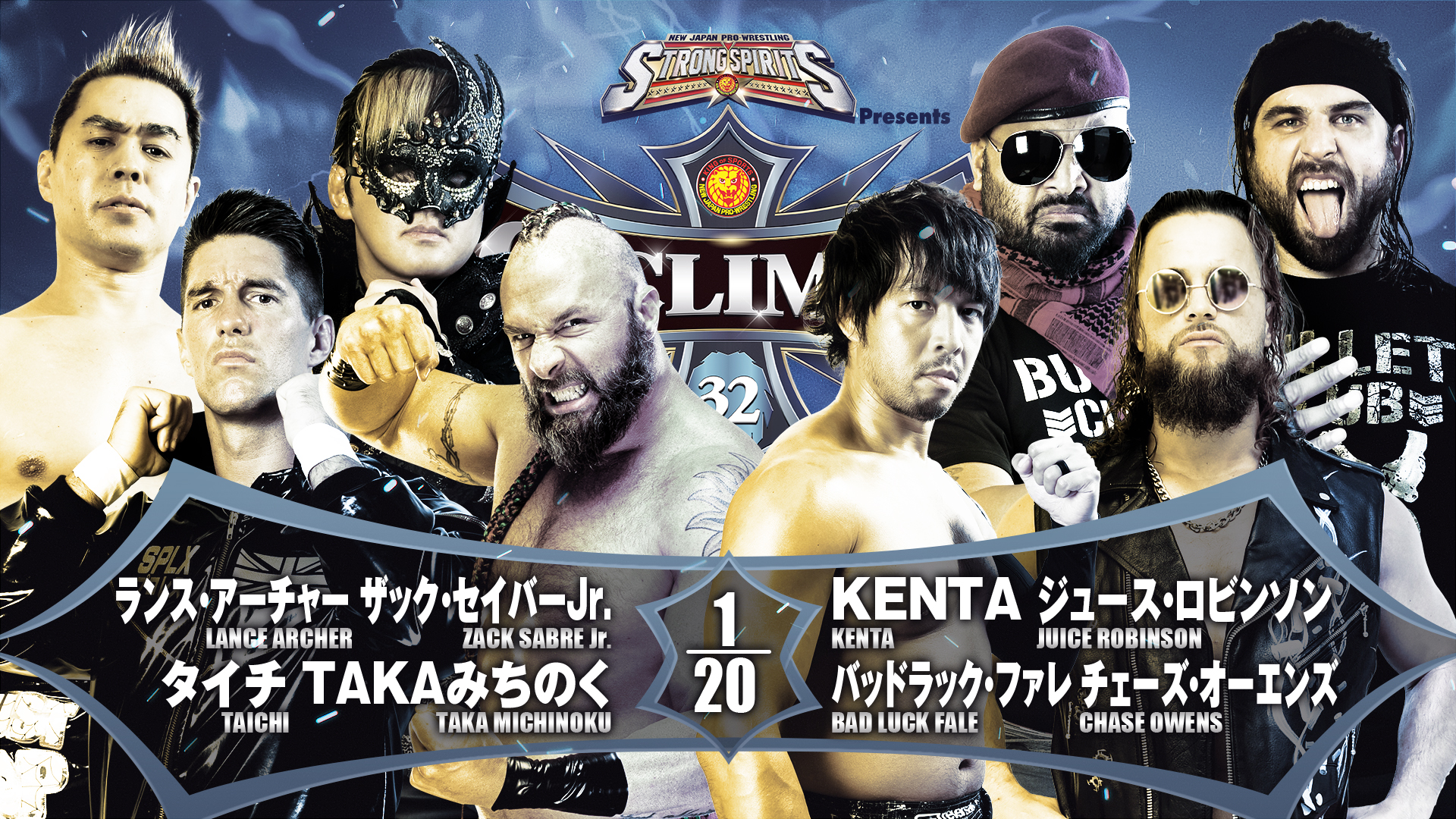 Eight man action sees Suzuki-Gun face BULLET CLUB, with implications for night two in Sapporo and night three in Sendai. On Sunday night, Zack Sabre Jr will face KENTA, continuing a G1 rivalry of thrilling matchups, while July 20 will see Bad Luck Fale face Lance Archer in a clash of giants. Archer has never left the Suzuki-Gun fold as evidenced in matches alongside Minoru Suzuki on NJPW STRONG and in AEW, but this will be the first time he’s teamed with ZSJ and Taichi sicne January 6 2020, and the first time he’s been on the same side with TAKA Michinoku since 2019. Can they have a successful reunion tonight? 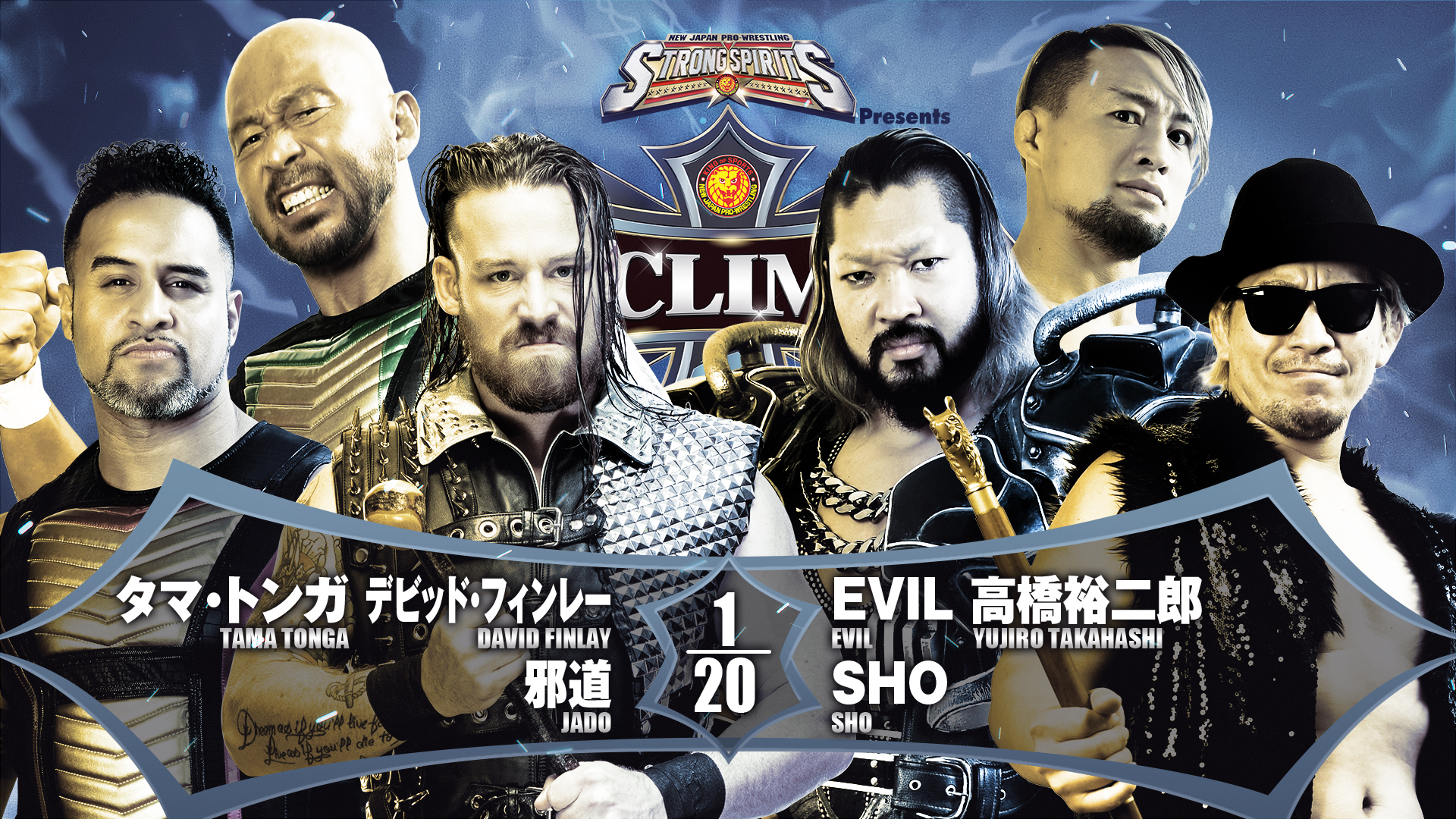 Not long ago, and in back to back World Tag League finals, David Finlay was a sworn enemy of the Guerrillas of Destiny as he and Juice Robinson battled G.o.D at the top of the tag team mountain. In all the sea changes within BULLET CLUB in 2022 however, Tama Tonga and Jado are out of the group, and Finlay’s former partner Juice Robinson is in, meaning former enemies have become allies for one night at least. In the face of the Hontai squad are the former NEVER 6 Man Champion team of SHO, EVIL and Yujiro Takahashi. As Finlay’s first match opposite Yujiro looms July 20 in Sendai, he’ll be looking to make a statement in his first Japanese match in 16 months. 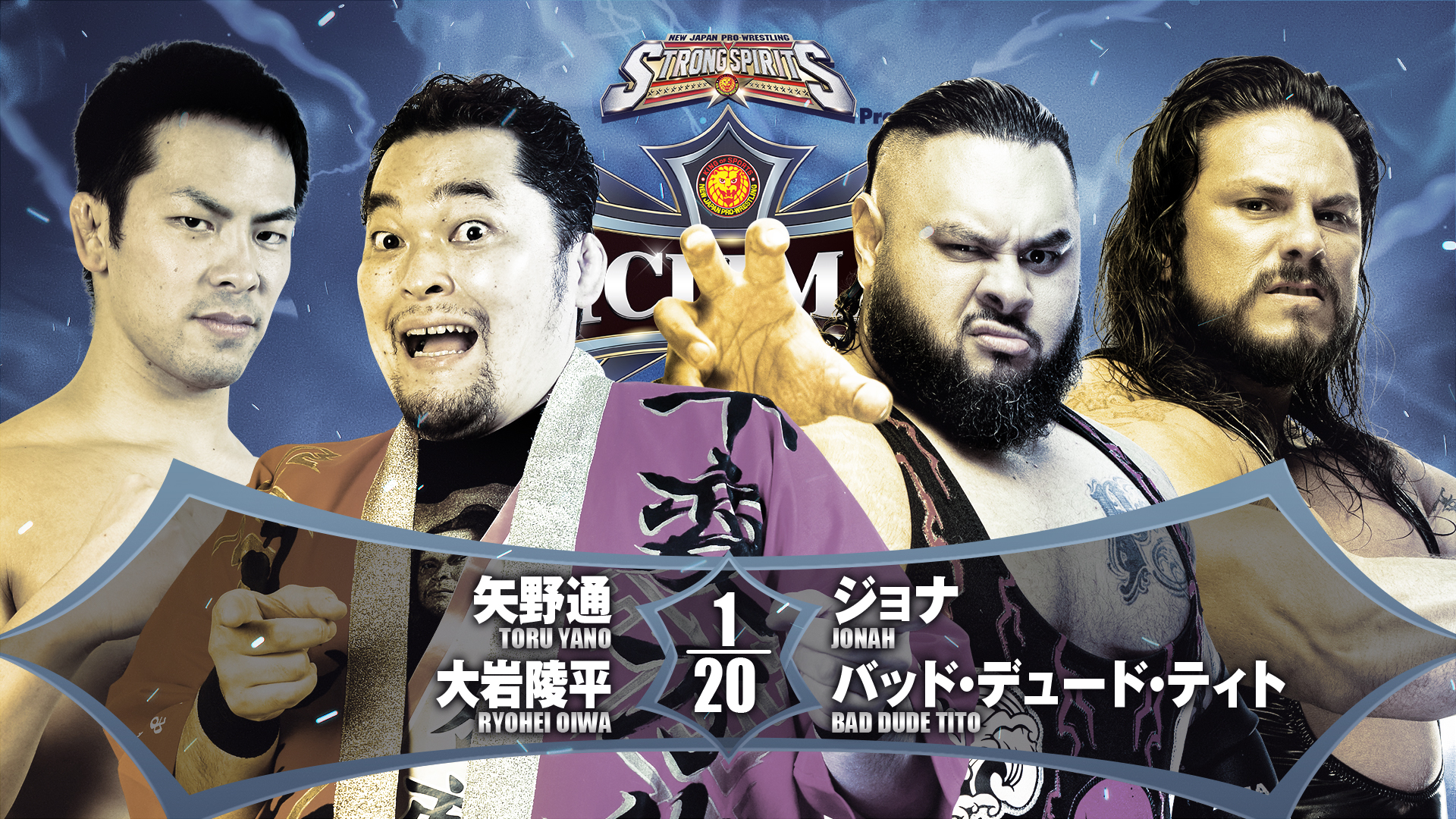 TMDK arrive in Hokkaido in our second match as both JONAH and Bad Dude Tito make their Japanese NJPW debuts. Having more than proven themselves in NJPW STRONG rings, JONAH and Tito may be looking to make a sacrificial lamb of Oiwa en route to showing the Japanese crowds just what they’re capable of. Meanwhile, as Yano is set to face the Top Dig Sunday on night two, the master producer will be looking for any weakness he can possibly exploit in his first group match. 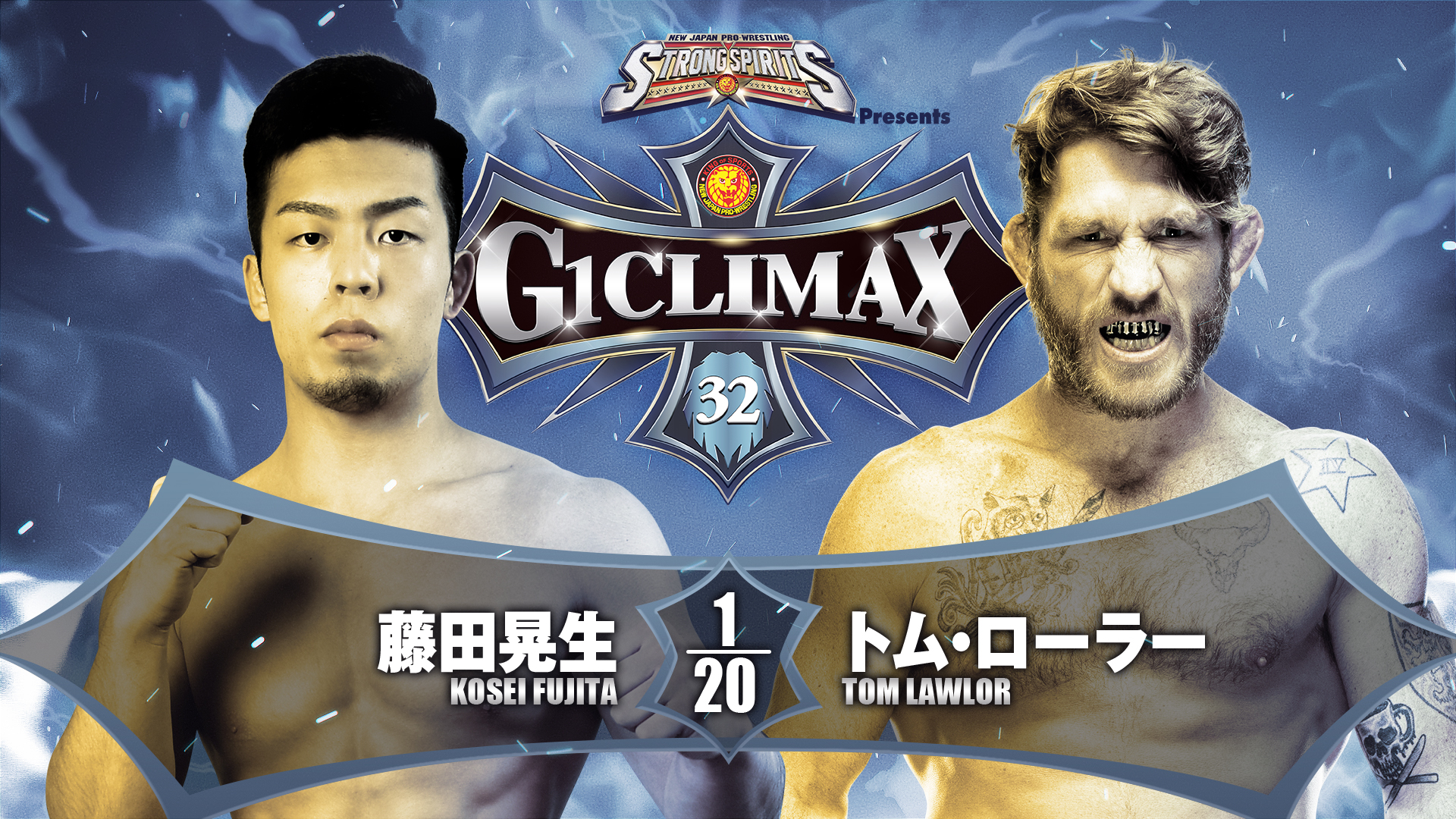 Team Filthy is another faction looking to score their first mark on the Japanese NJPW scene in our opening bout, as Tom Lawlor will be accompanied by Royce Isaacs to face Kosei Fujita in singles action. After Yuto Nakashima was ruled out due to elbow injury, Fujita will now take on Lawlor one on one, and the All japanese amateur high school prospect will have his grappling skills pushed to their very limit tonight.