Back in the UK, Boos (and cheers!) in Japan and more as multiple events announced

The 2022 NJPW Business Strategy Presentation on July 2022 offered a look at forthcoming business plans for New Japan Pro-Wrestling in the coming months, and along with it, a brace of events that were added to the NJPW calendar for the rest of this year.

Firstly, a return to the UK for October was revealed with more details to come soon. Fans in the Oceania region will also see NJPW action in the near future as New Japan’s international expansion continues apace outside the US as well. 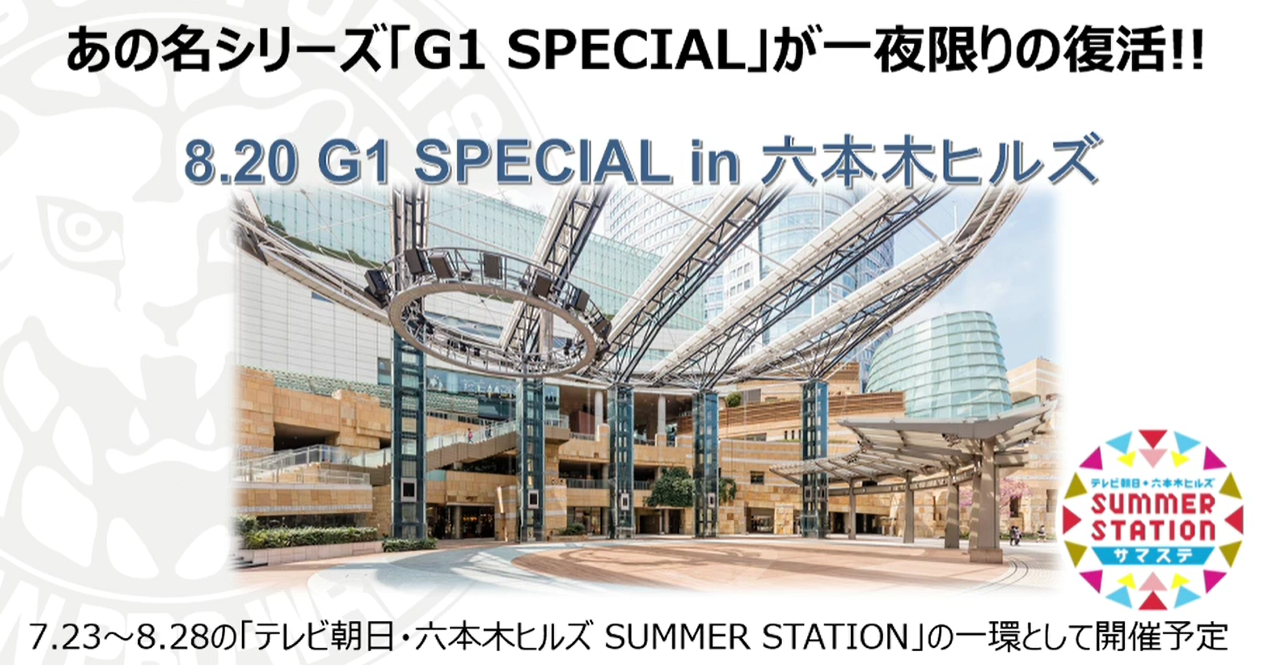 Newly added to the calendar was the domestic return of the G1 Special, a special card taking place on August 20 in a special location. Part of TV Asahi’s Summer Station event, matches will be held outdoors beside the TV Asahi studios in Roppongi Hills. Hiroshi Tanahashi joined the stage to talk about the event, stating ‘it’ll be a great chance for non fans to see something going on and stop to check out wrestling for the very first time’. 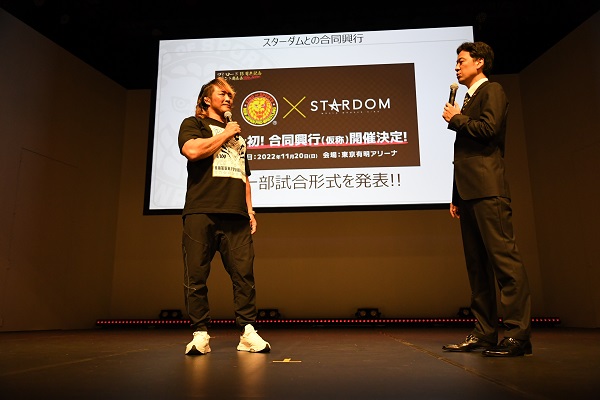 Speaking of first time opportunities, attention turned to November 20, and the already announced NJPWxSTARDOM card in Ariake Arena. After speculation surrounded whether there would be mixed tag matches on the joint card, President Takami Ohbari revealed that there would be ‘around two’ mixed tags on the card that will also see NJPW and STARDOM’s top flight engaged in their own exclusive matches. The mixed tags will see a tag on one side enforcing a tag on the other so that the women will battle women and men will take on men. Both Ohbari and Tanahashi agreed that this format will allow for unique combinations as well as intriguing strategies applied by teams involved. 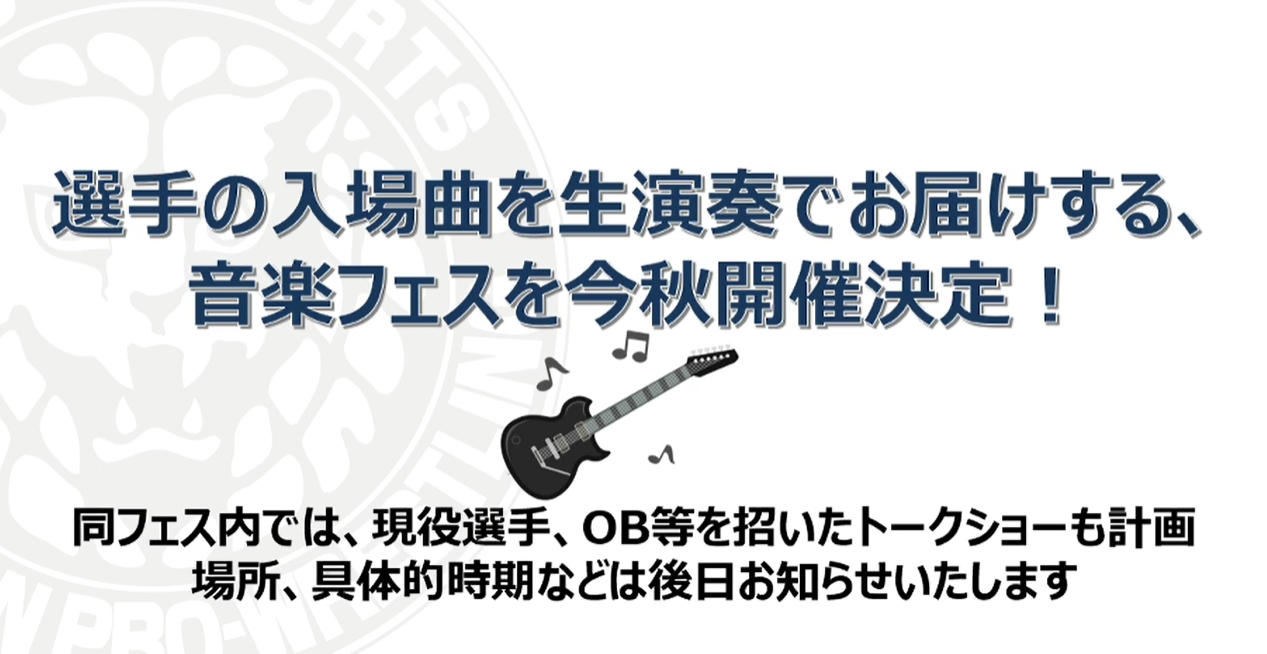 New events are not just limited to in ring action. Coming this autumn, NJPW will be staging a special music festival, allowing fans to experience their favourite entrance music past and present performed live. As well as live music there will also be special talk seminars with big names; more details are coming soon. 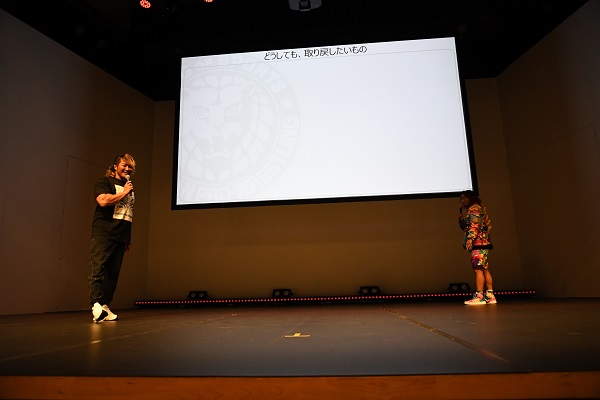 Yet as much as novelty is an appeal, sometimes the old familiar is what’s needed most. As a final kicker to the presentation, the most requested return in two years was revealed. Hiroshi Tanahashi, Great-O-Khan and Hiromu Takahashi aided in the big reveal, and though all three failed to guess what that may be (Tanahashi offered ‘my abs’, and O-Khan ‘my hair,’ before his position as Re-Birth card game ambassador as Hiromu pleaded for ‘social distance’ from his potential adversaries)  the eventual reveal left everyone in attendance excited. 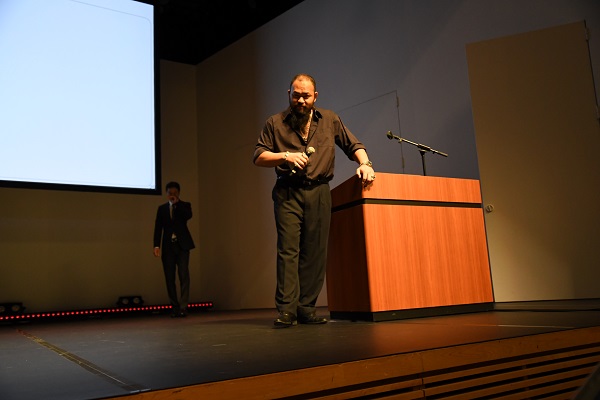 September 5 and 6 will see special events in Korakuen Hall with half capacity to allow for a cheering section and allow fans to finally use their voices. Rules and details are to be announced for these cards which will also feature separated sections for fans less comfortable with using their voices; stay tuned for more information. 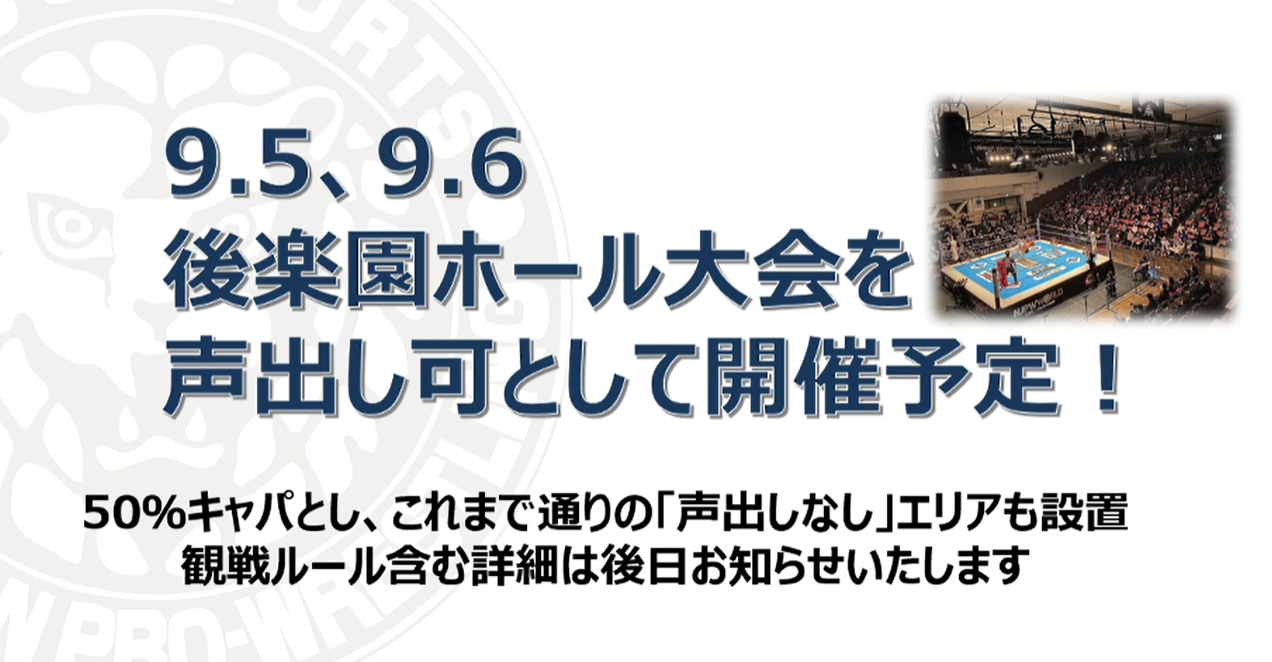