Protein to powered up card decks 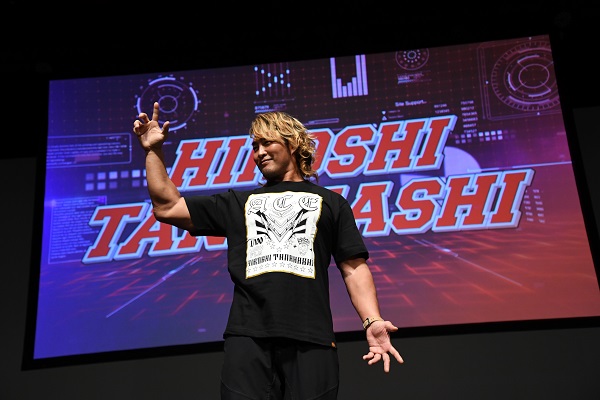 The NJPW 2022 Business Strategy Presentation on July 7 saw a wide range of new goods and contents being announced, with favourite wrestlers helping present and even produce. 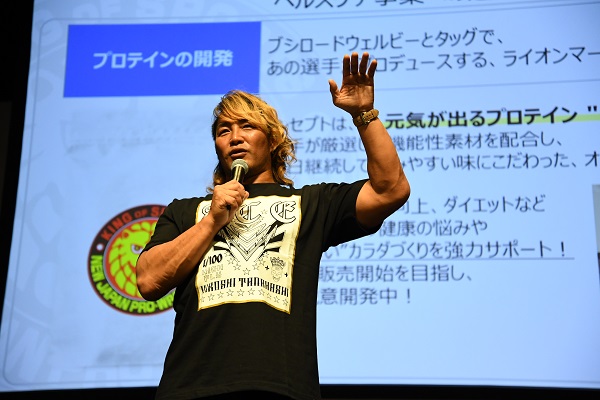 First of the announcements was a line of NJPW protein, presented by Hiroshi Tanahashi. The Ace will be the face and a consulting figure with the product and was proud to present.’Nowadays even your local convenience store will sell high protein foods. It helps build muscle, and that helps you exercise more, go about your day with more energy, and so much more,’ he explained, before revealing the concept for the protein to be released this winter. With Tanahashi’s famous ‘never tired’ philosophy driving the products, although conceded many discussions had to take place on whether his face would be included on the package! 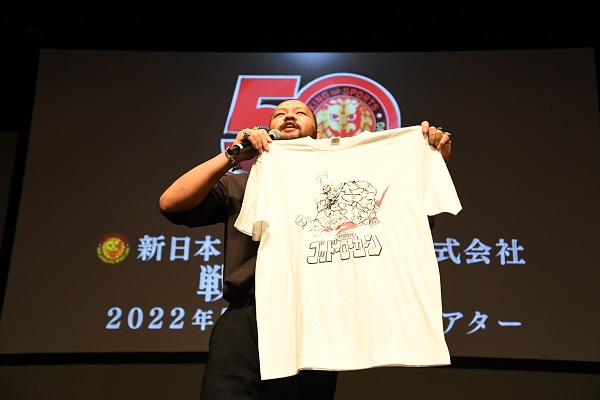 Great-O-Khan was on hand for a pair of reveals, the first being a special T-shirt designed by President Takami Ohbari’s brother, famed anime artist Masami Ohbari. The God-O-Khan tees will be on sale soon, and ring announcer Makoto Abe was to be given one of the first off the presses. 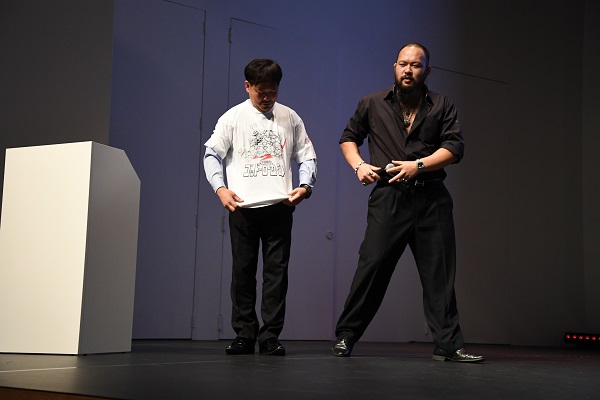 O-Khan reminded the world that after less than two years in NJPW he was already on the big stage as a company representative, and also remarked that he’d earned the respect of the legendary Riki Choshu, the two speaking as O-Khan trains. Riki Choshu will be a support character in the NJPW Strong Spirits game, the icon of which just so happens to feature O-Khan’s fearsome but (sometimes) benevolent visage. 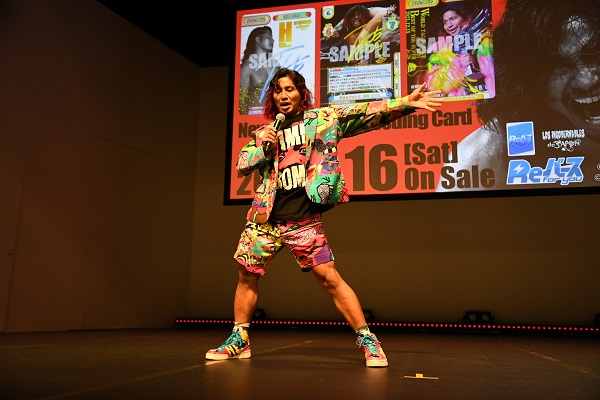 Also announced was a second run of NJPW collaboration Re-Birth cards. While O-Khan was the ambassador for the last run opf cards, this time Hiromu Takahashi is the key figure, news that led him to enter through the audience, singing that ‘my name is Hikoboshi,’ one of the two legendary lover gods along with Orihime that meet every year on July 7 at the Tanabata star festival. Hiromu’s singing out the way, it was announced that LIJ cards, with Hiromu taking the lead, will be released July 16. 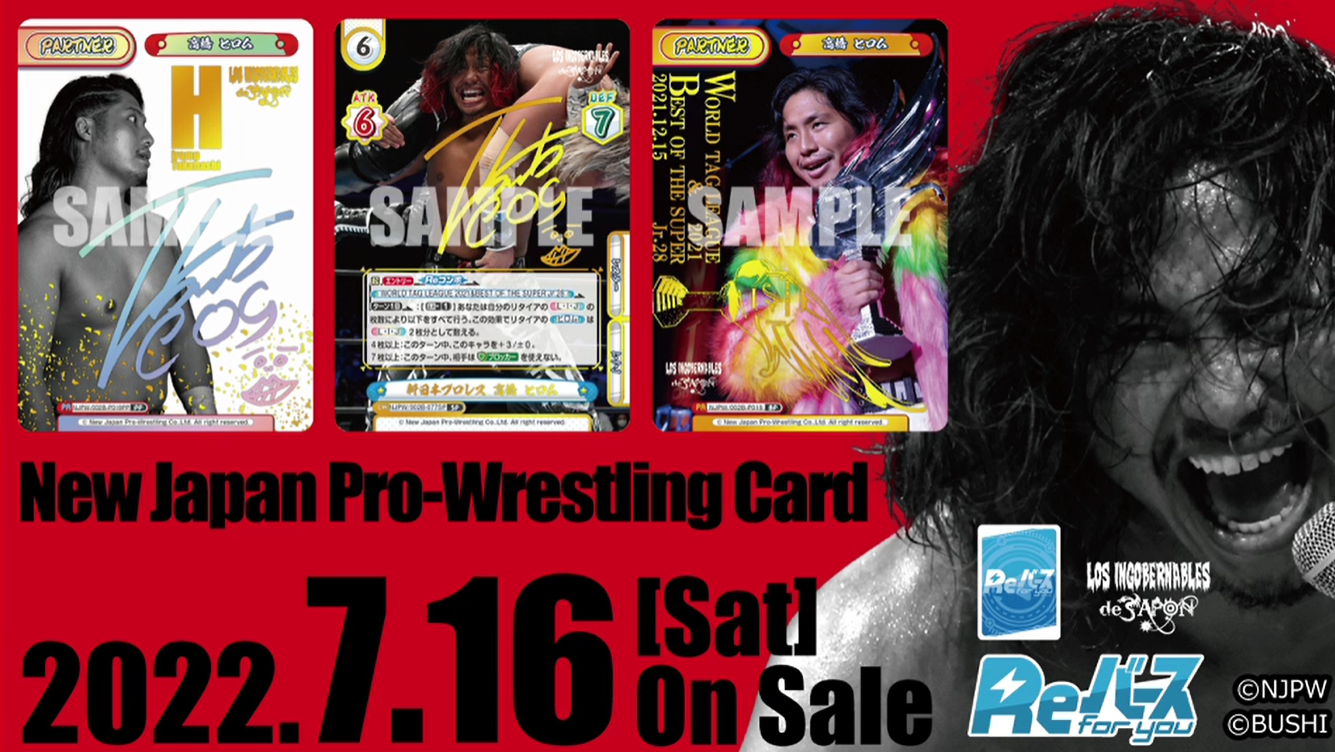