Semifinals set this week on STRONG 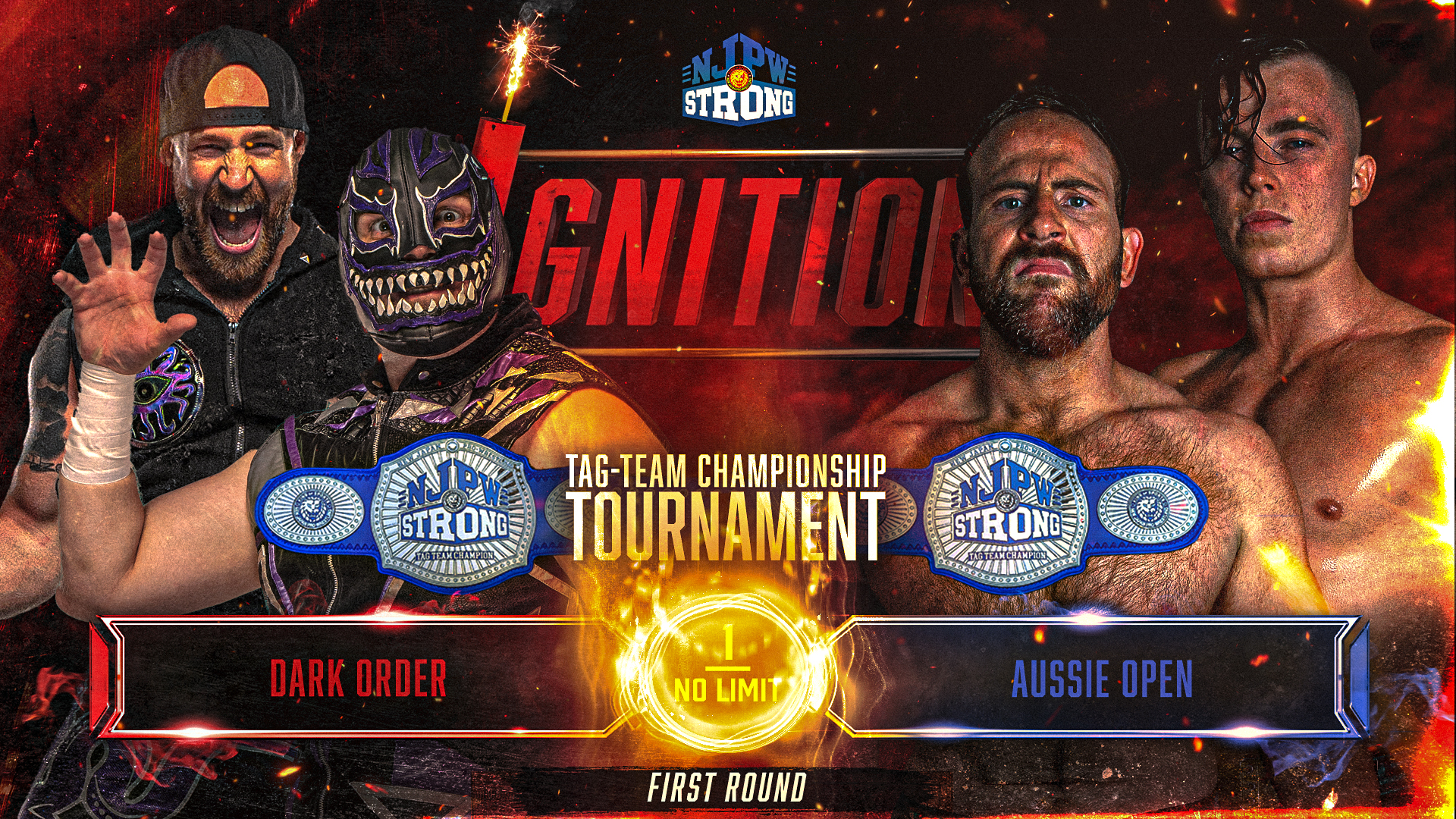 The main event of the evening sees Aussie Open face AEW’s Dark Order for a spot in the STRONG tag title tournament semifinals. Having debuted in NJPW STRONG just a few short weeks ago, Kyle Fletcher and mark Davis have quickly proven to the NJPW audience why they deserved to be hand picked for inclusion in the United Empire by Will Ospreay. Backing up domination on STRONG with impressive battles in All Elite Wrestling to boot, Aussie Open have certainly cemented themselves as championship material. Yet as the Dark Order make their own first advances into STRONG territory, there should be no looking past Alan Angels and Evil Uno. Will Davis and Fletcher advance, or will it be an evil semifinal from the right hand side of the tournament bracket? 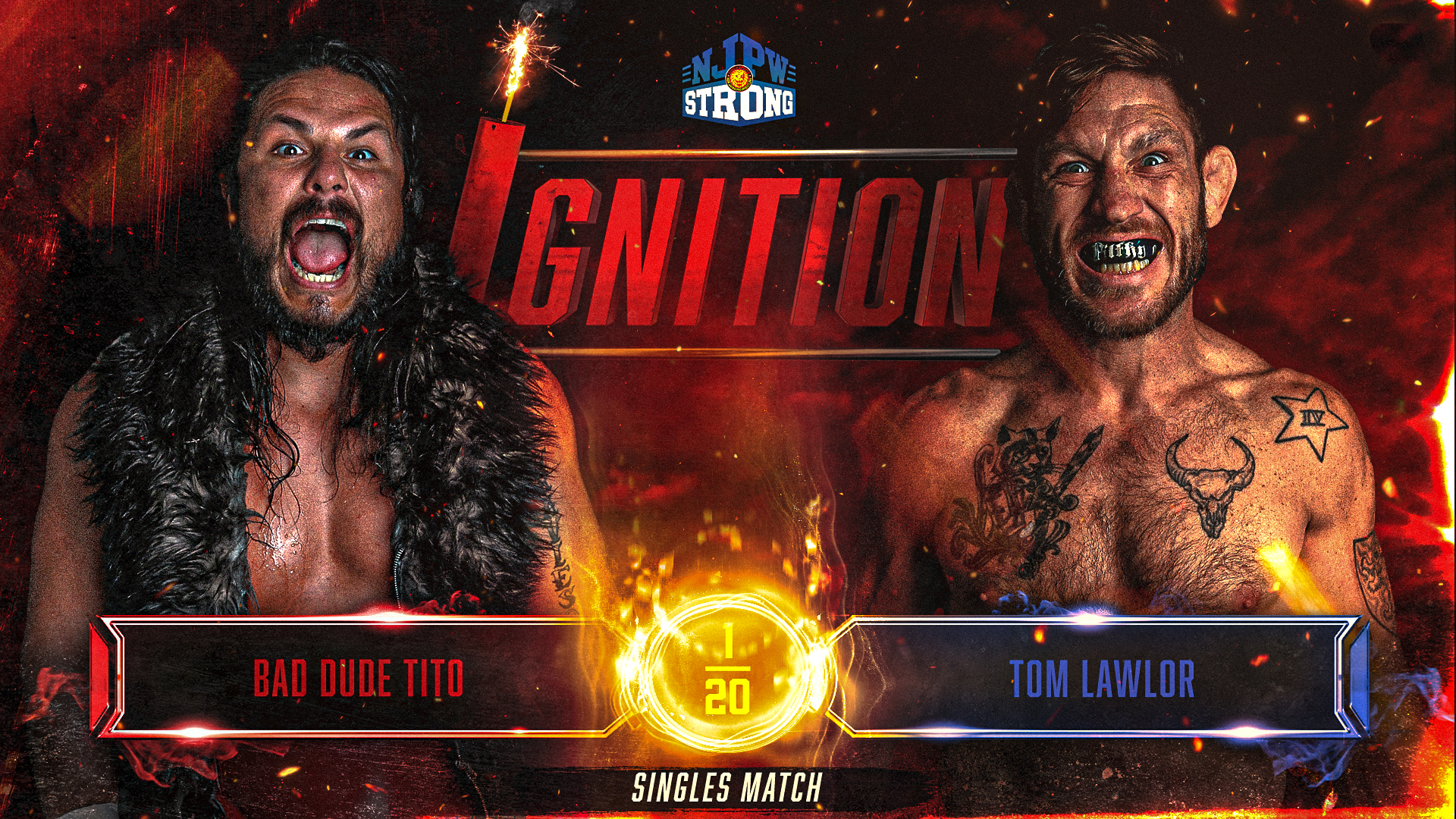 First time ever singles action will see TMDK’s Bad Dude Tito go head to head with Filthy Tom Lawlor. Both men will see action in Sapporo this weekend as the G1 Climax 32 series kicks off, but while Tito is on undercards tagging with JONAH, Lawlor will see league action. That will create a chip on the shoulder of Tito, who feels like he was overlooked by the wrestling world for a long time before being discovered by TMDK. He’ll have some frustration to take out on Lawlor, while the Filthy One might be in his most beatable state to date, appearing in action for the first time since losing the STRONG Openweight Championship to Fred Rosser two weeks ago. A volatile singles matchup is in store tonight in Hollywood. 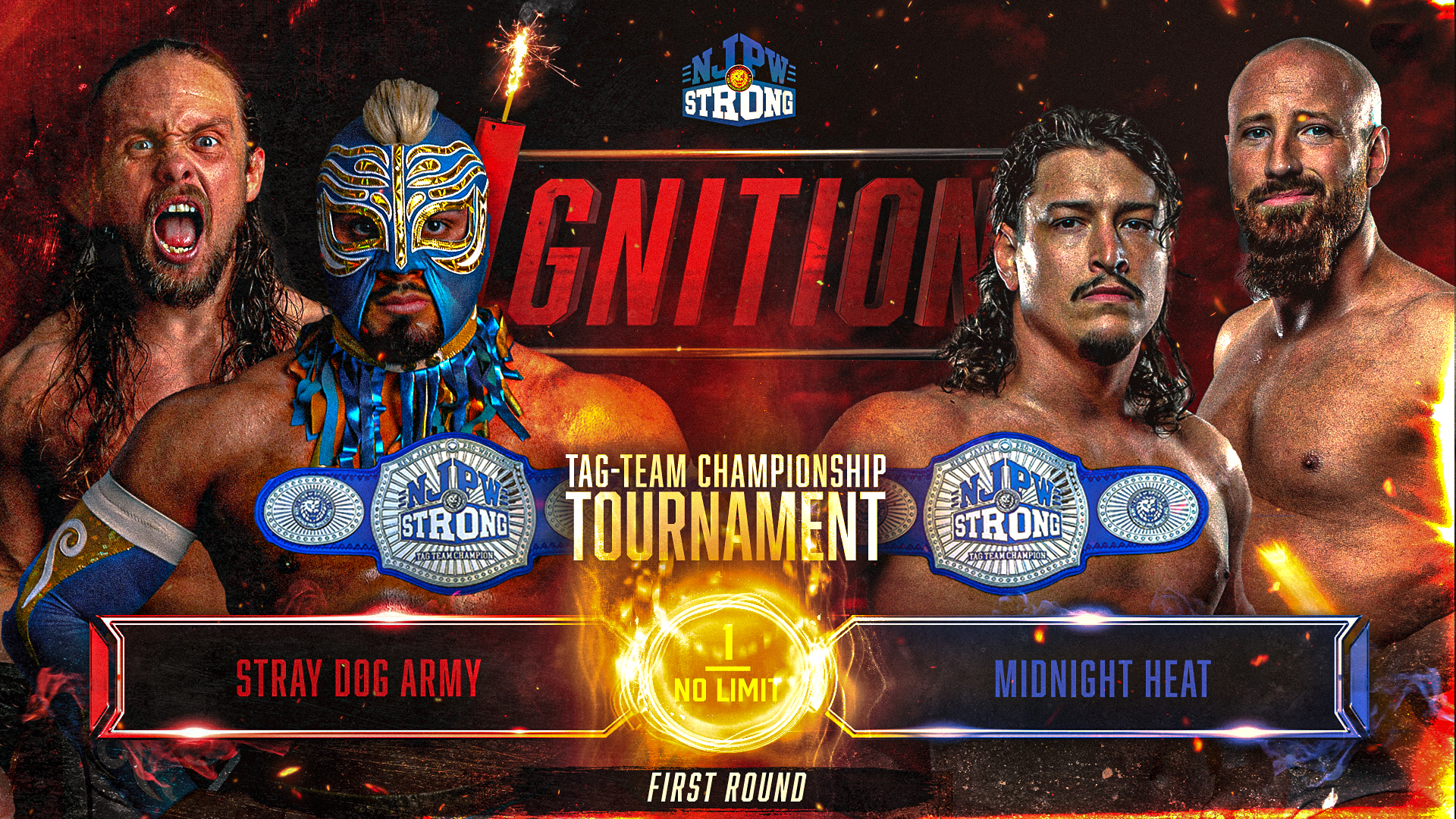 The first match of the evening will see another team join TMDK and Christopher Daniels & Yuya Uemura in the semi finals of the STRONG Openweight Tag Team tournament. After almost a year in action, Stray Dog Army have shown potential if not a lot of results as a unit. This tournament could see the group finally get the gold and respect they feel they deserve. Yet in their path are a team in Midnight Heat who have their own dominant record on the west coast independents, where they logged a record reign as DEFY Tag Team Champions. Could the STRONG tag titles be next in their collection?